Why Kenya`s Mida Creek is a Haven for Migratory Birds 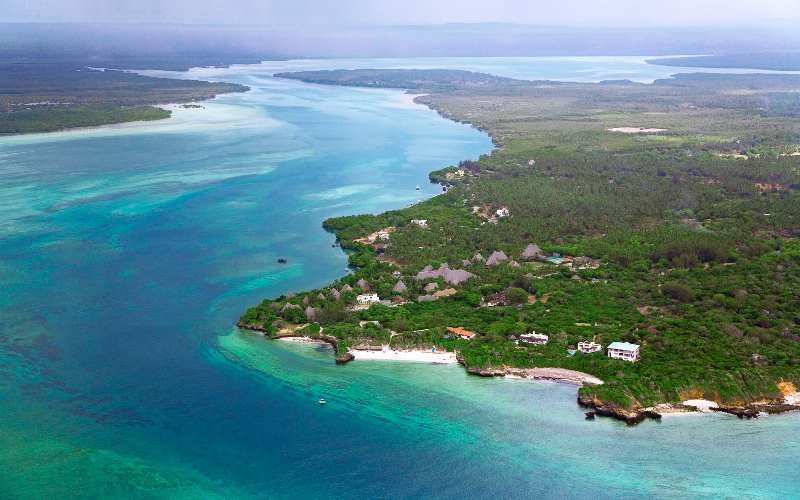 Between September and April every year, thousands of birds fly through the skies traversing countries and continents before landing in Mida Creek, a tidal inlet stretching from the Indian Ocean along the Kenyan Coast. Over 70 aquatic bird species make long journeys from their summer breeding sites in Europe and Eurasia in search of wintering grounds in Mida.

The creek -surrounded by thickets of mangrove forest and lined with palms- is a paradise for migratory birds that come in search of food and to escape the unbearable cold of northern countries. Migratory birds depend on the creek that offers ideal temporary habitat to roost and feed. 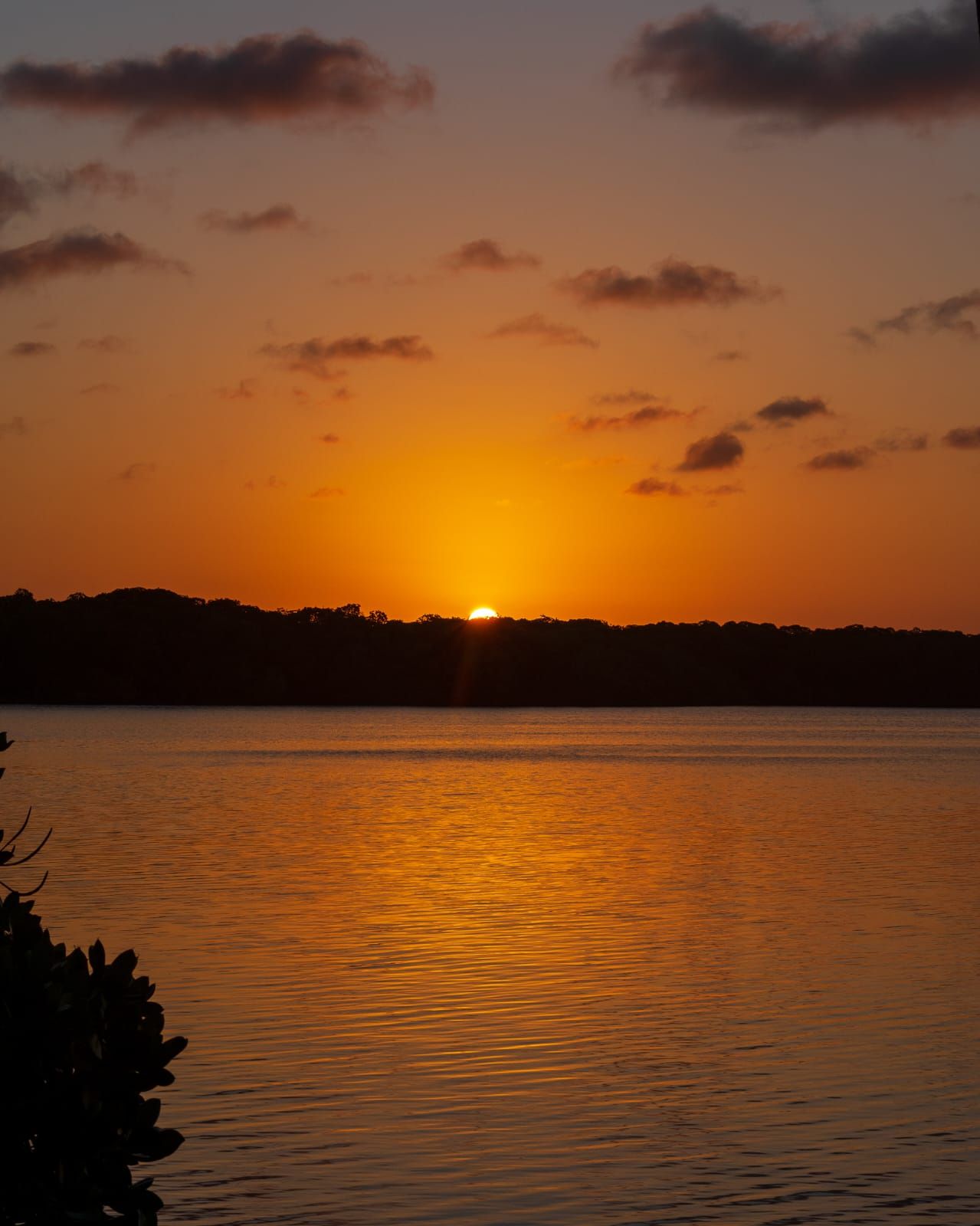 The 32 square kilometers creek in Watamu, Kilifi County, has important mangrove forests with a high diversity of crustaceans and fish species that provide nourishment to the birds. Diverse habitats of mud and sand flats, and open shallow waters within the saline expanse of the creek are rich in biodiversity to sustain birds and marine life. “The mud is like chocolate for birds. There are other places around Africa that birds can use as wintering grounds, but Mida is an exception because of the readily available food” says Kibwana Ali Bakari, a local bird conservationist. 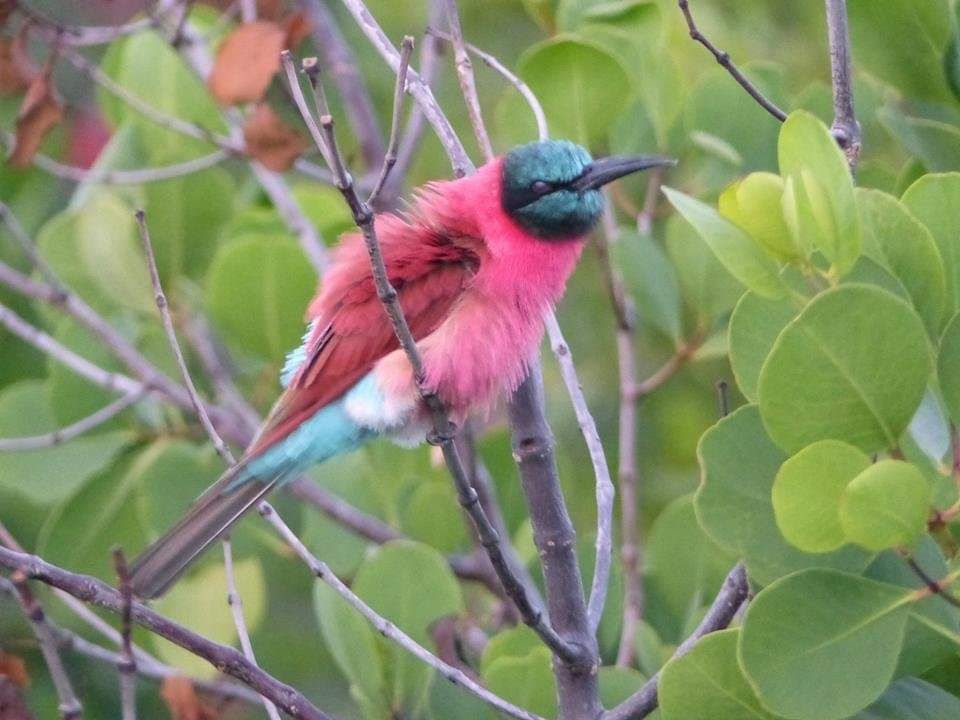 Mida is also a significant feeding area for Greater Flamingos, dimorphic egrets, and lesser crested tern. The presence of migratory birds is an indicator of the condition of migratory sites; birds stay in places where there is abundant food and minimum distraction. 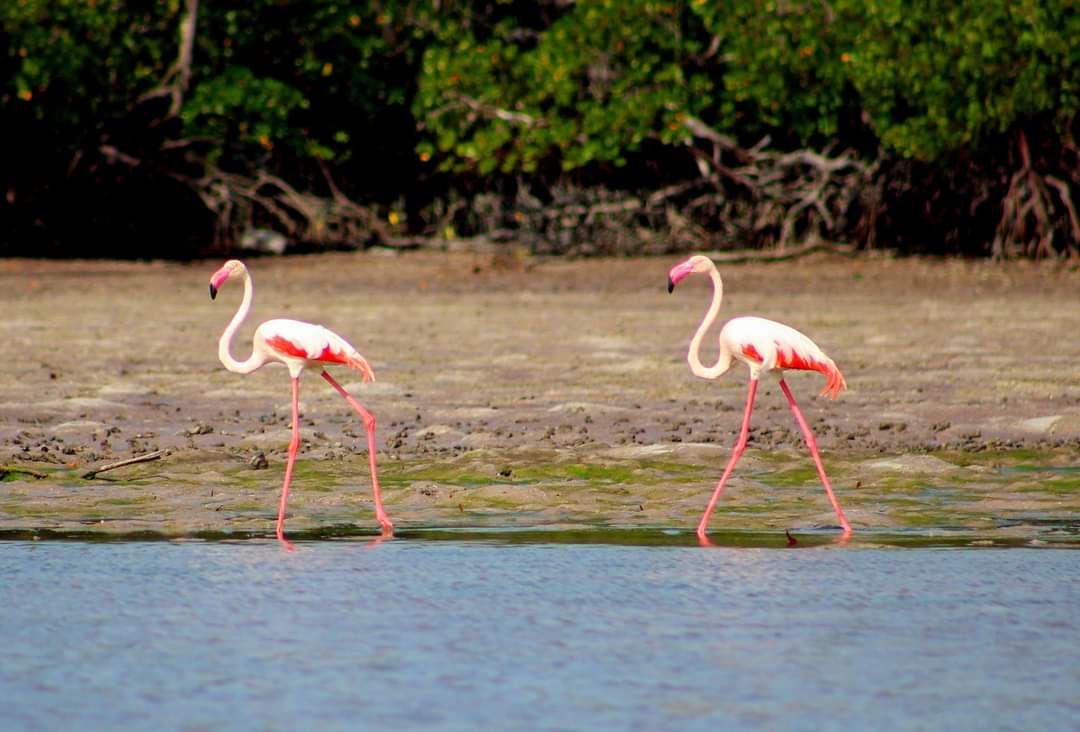 Greater flamingos taking a walk on the shores of the Indian Ocean coast. Source: Kahindi Charo

According to Kibwana, migratory birds also benefit the ecosystem through pest control, pollination of plants, and food sources for other wildlife, and are a source of pride for local communities. The birds also have a recreational value. They add aesthetic beauty to the environment bringing in more tourists. Every year, many tourists are drawn to Watamu to visit the pristine beaches and the coastal forest of Arabuko Sokoke.

The tranquility of mangrove forests that surround Mida Creek and the thriving bird life is also an attraction to tourists. Kibwana notes that one bird, the crab plover, is a major attraction to many tourists. “The striking shorebird, with white and black plumage and a unique straight beak, draws many tourists here” he confirms. 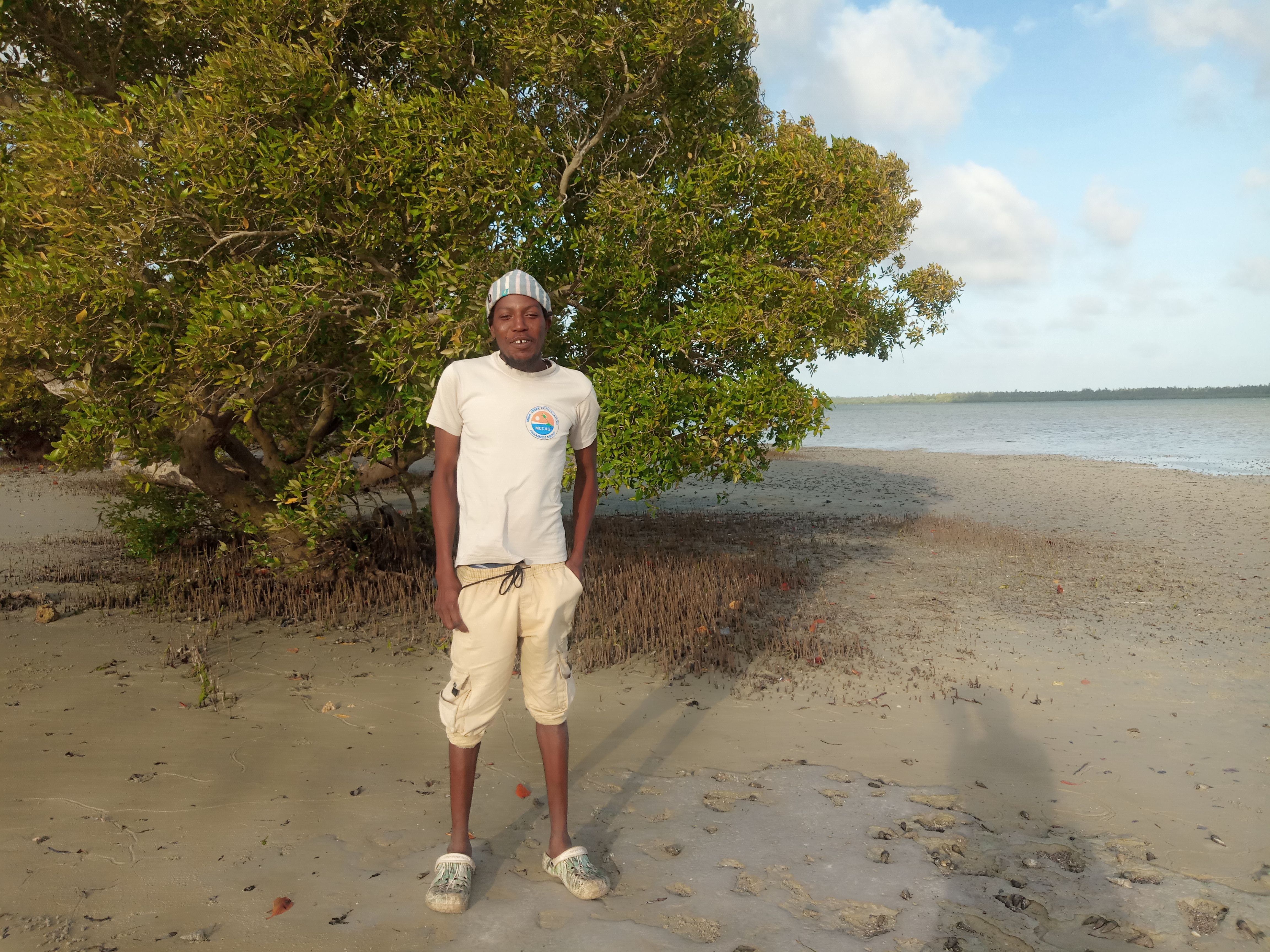 The bird, which migrates from Oman and nests in Somalia, feeds on crabs that are readily available at the creek.

Apart from aquatic migrants, there are terrestrial birds that migrate through the adjacent Arabuko Sokoke forest. Other bird species like Secretary ibises, yellow bee storks, three banded plovers are residents and live and breed at the creek. Mida Creek is recognized as an Important Bird Area and together with Arabuko Sokoke Forest forms UNESCO Biosphere Reserve.

Among the threats facing migratory birds that have largely contributed to their decline is the human destruction of habitats. Kahindi Charo Katana, a local bird guide, notes that the threats include: human encroachment of wildlife habitats, deforestation, effects of climate change, and invasive species.

For instance, along the Indian Ocean, there is a growing number of Indian House Crows which is an invasive species that has led to a decrease in some smaller indigenous bird species. “The bird is a scavenger and feeds literally on anything including the eggs of other bird species, thus threatening their survival” Kahindi notes. 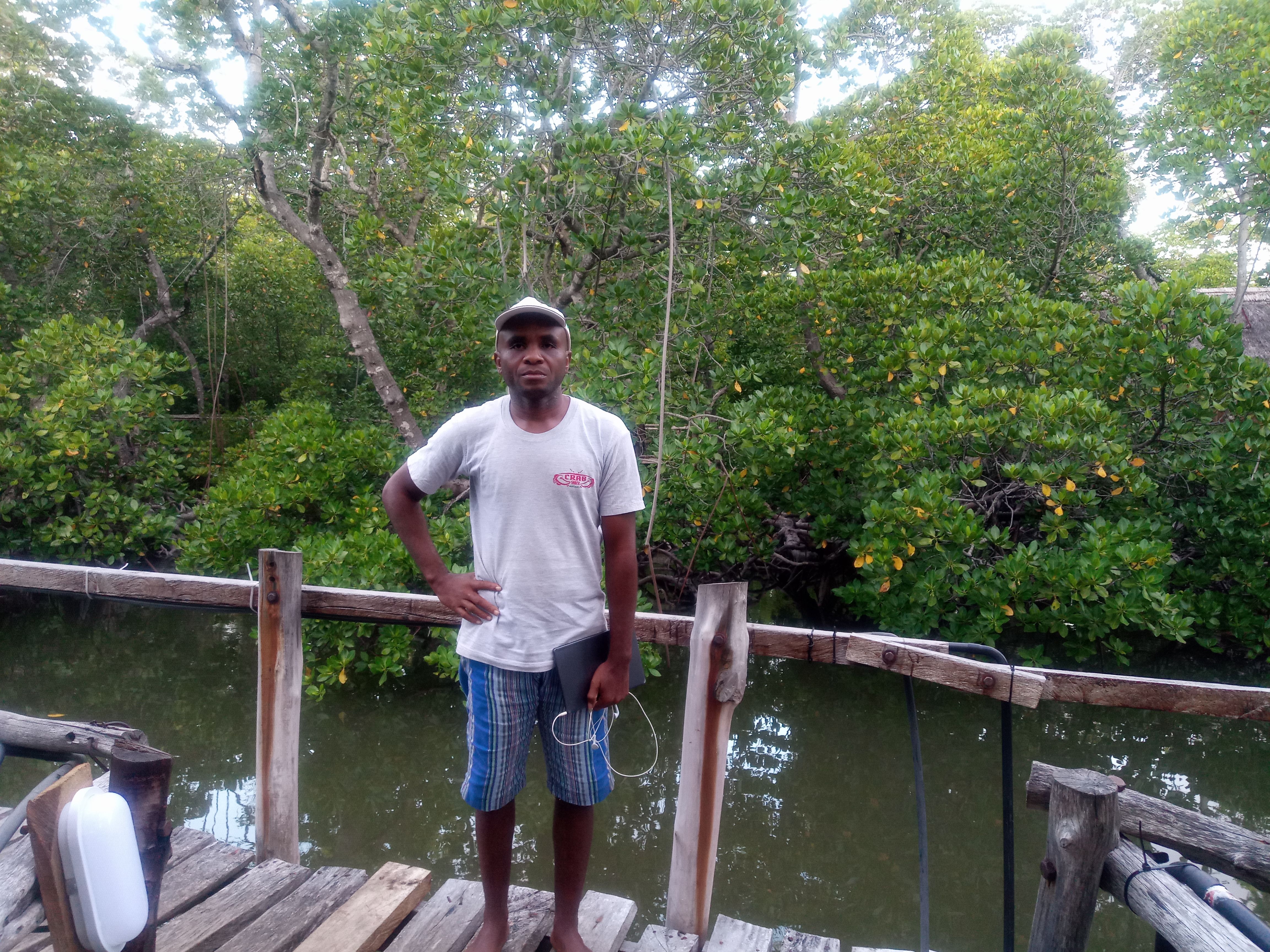 The crows are not indigenous to East Africa, but were introduced by scientists a century ago to control rubbish. Now, their numbers have exploded threatening the survival of other bird species.

Destruction of key habitats also threatens the population of migratory birds. Due to years of human encroachment, Arabuko Sokoke forest is currently the only largest remaining fragment of the East African Coastal Forest that stretches from Mozambique to Somalia. Several migratory terrestrial birds still rely on the forest stretch as a migratory route while heading to Mida in search of food.

Although deforestation around the creek had in the past also threatened the bird population, the community has in the past years put efforts to restore critical mangrove forests attracting more birds.

The 2011-2020 Aichi Biodiversity Targets, adopted at the 10th meeting of the Conference of the Parties (COP10) of the Convention on Biological Diversity, aims to address the underlying causes of global biodiversity loss to reduce pressure on biodiversity and promote sustainability.

In Kenya and Somalia, a joint Biodiversity Management Programme (BMP) by the Intergovernmental Authority on Development (IGAD) is working with communities and governments in the two countries to reduce deforestation and establish biodiversity databases. The $15.6 million initiative is funded by the European Union with the intent to make biodiversity data held by institutions within these countries accessible to researchers and decision-makers. 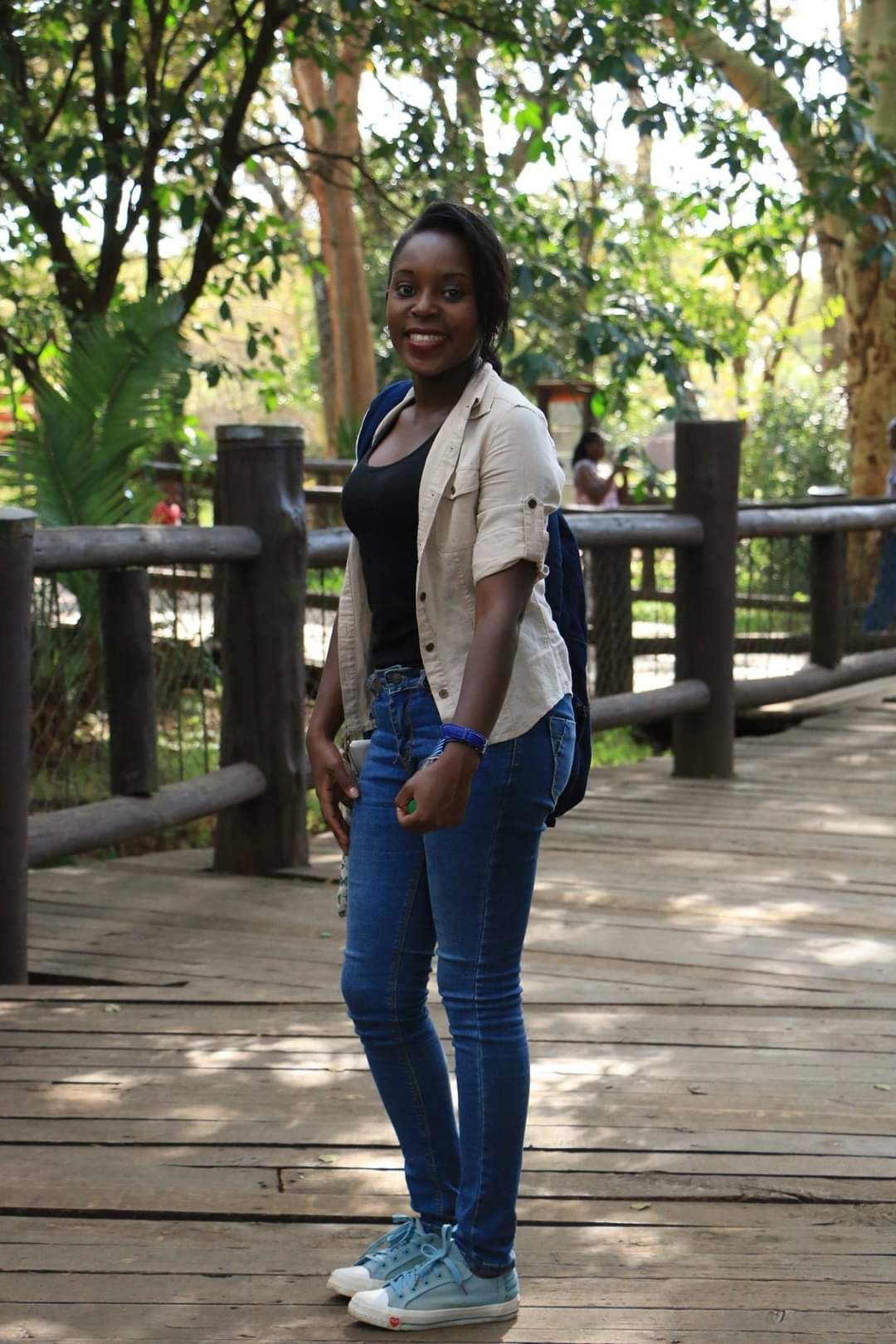