Faith of The Disaster Victims After the Devastating Fire at Hargeisa’s Main Market.

It has been two months after the fire that gutted the Waaheen Market, one of the largest open markets in Hargeisa, the capital city of Somaliland. The faith and determination of the residents to restore their only source of livelihood has not withered.

The fire broke out on Friday, April 1st 2022 at 20:00 EAT destroying property worth billions, but the good news was that no life was lost, though 28 people were reported injured. The flames were brought under control at 10 AM the next day, as a result of concerted efforts by hundreds of people in the neighborhood, who stayed up all night due to fear of the possible impact of the huge flame. 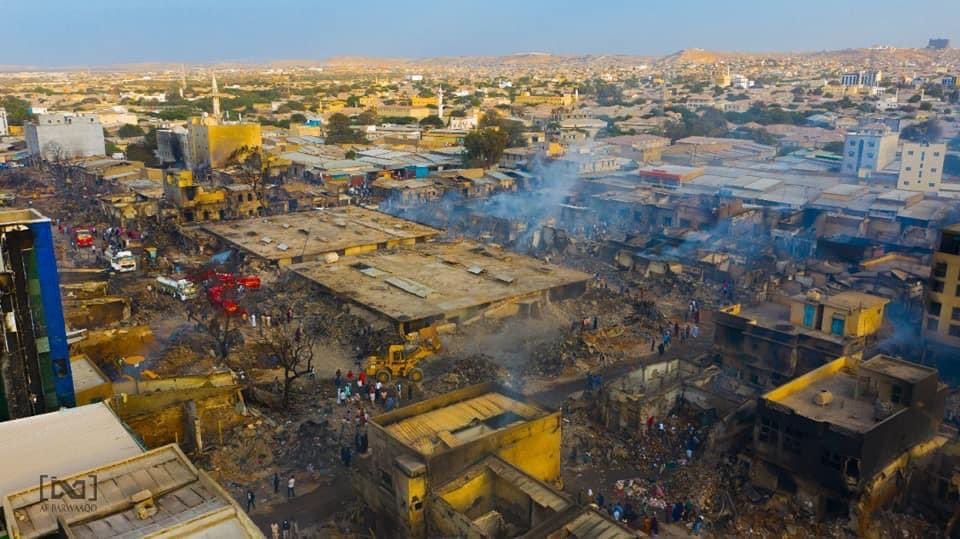 The Economic Situation of Somaliland

Somaliland since its breakaway from Somalia in 1991 has failed to attain international recognition, leading to a weak economy and limited investment opportunities. Due to limited foreign trade, the government has faced challenges in fully providing economic prosperity to its approximately 5 million population, and local businesses have been the backbone of the sustainability of the economy. Nonetheless, the nation has built itself from the ground up from 1991 after the conflict, and made progress that was never thought possible.

The blaze at Waaheen Market tore down thirty years of rising from the dust in just 15 hours, leaving the ruination of thousands of people. The situation was made worse because the fire broke out the night before the start of Ramadan in Somaliland, when the business activities in this market are usually booming. Traditionally in preparation for Ramadan, people shop for food, household supplies, furniture, and clothes, and it is the busiest time for those small businesses in the market.

According to the local authorities, the fire affected hundreds of livelihoods and destroyed properties worth up to 2 billion US dollars. The local government lost up to 40% of its revenue according to the city’s deputy Mayor.

"The town has never witnessed such a massive calamity. This place was the economic center of Hargeisa and even though the firefighters did their best to contain the fire, the market is destroyed." the city's mayor Abdikarim Ahmed Moge told reporters.

The cause of the blaze is suspected to have been an electric shock, but the authorities have not yet confirmed what possibly caused the shock. The fire got out of control due to overcrowding and poorly built structures that made it impossible for the firefighters to quickly access all areas. Many other open markets in Somaliland cities are at risk of such disasters.

During a visit to the market, Somaliland's President Muse Bihi Abdi said the central government would be releasing 1 million US dollars to help with the emergency response of the disaster, and nominated a national committee to list the victims and register the lost property of each of the market’s operators. 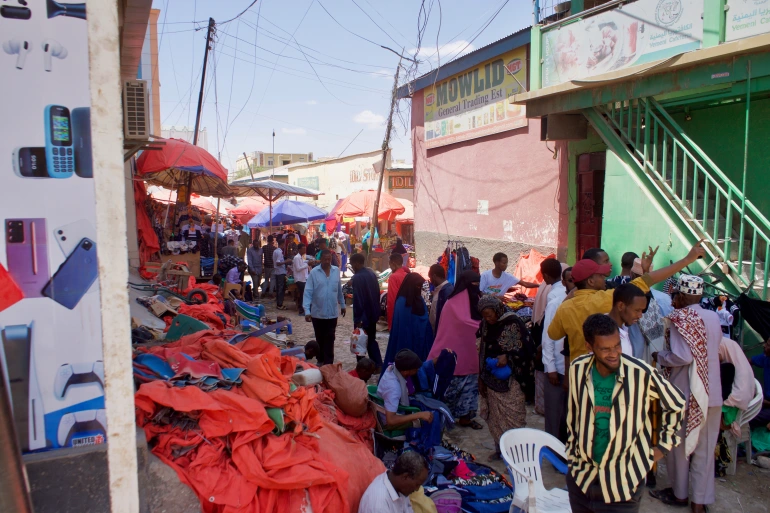 Patriotism and Determination to Rebuild the Market

It was heartwarming as people from all walks of life joined hands with the firefighters to put out the flame, and many others volunteered water trucks. The tireless efforts of the local reporters to spread the news and the social media reporting attracted much-needed support from the other neighboring cities, including support of Jigjiga city of Ethiopia which provided more firefighters. Patriotism was at the forefront as young women tirelessly provided food and drinks to the firefighters who for 15 hours worked tirelessly to put an end to the destruction.

In an interview with local media reporters, most of the victims of the inferno who lost a big chunk of their business capital reflected with faith, stating that they have full faith in Allah and are confident that they will fully recover from this unfortunate incident. One of the business personalities who lost ten shops in the fire replied to journalists’ questions with sheer zeal and determination.

"I started my businesses from scratch and Allah gave me all this wealth, Allah is still in existence and he is the only one to who I will resort to. I am confident that my businesses will boom again”

Another businessman, Busharo, noted that the experience was a learning point and he is very hopeful that he will rebuild his source of income.

“I have lost everything tonight. This fire was the biggest I have ever seen in my life. I had several businesses in the market and all of them burned to ashes. All we can learn from this disaster is to plan the market well” said market trader Bashe Busharo.

Saado, a female vendor at the market said that her whole family had been left penniless with no single source of income. She is faithful that nothing will hold her back as she goes to rebuild her business.

“I was providing for sixteen people from my small business in this market, I was their only lifeline, and tonight I have nothing, not even a shilling (penny). This will not in any way deter me from rebuilding. I previously started from scratch and I will do so again,” said Saado Yuusuf 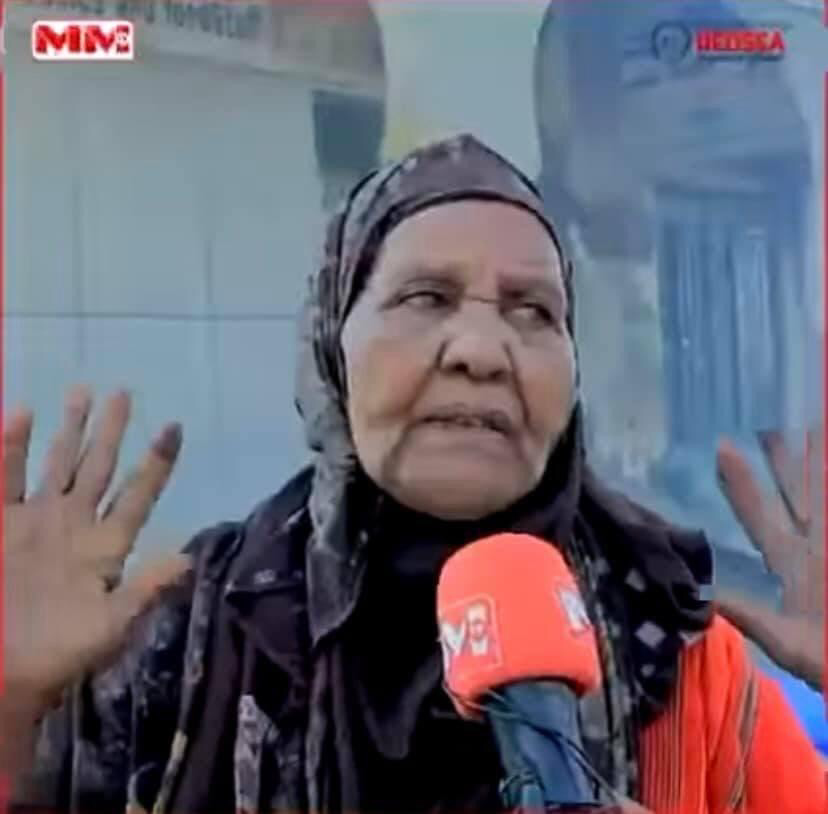 Source: @MMTV, Saado Yuusuf explaining to journalists the impact of the fire to her businesses

Despite its lack of recognition, Somaliland has received sympathy and support from many officials including the United Kingdom’s Prime Minister, Boris Johnson. In a tweet, he stated “Saddened to see the aftermath of the fire in Hargeisa with such destruction in the open market that is the economic heart of the city, affecting many small and family enterprises."

Somaliland businesses have donated almost 8 million US dollars, excluding thousands of dollars that have already been distributed to the disaster victims. Dr. Ismail Ahmed the proprietor of Worldremit and founder of SAHAMIYE foundation has donated 150,000 USD that was directly given to 410 of the most vulnerable business women affected by the fire.

There is also a huge fundraiser by Somaliland nationals across the globe who are pulling resources in order to help individuals who lost businesses in the fire and to rebuild the market. Neighboring countries including Somalia and Djibouti have sent financial support of 1 million USD each. Whereas Somalia also released the pending 11,700,000 USD from the World Bank, it plans to support the national budget of Somaliland, and has now added to the Waaheen donation accounts. Somaliland governmental institutions have also raised funds in support of the Waaheen fire sufferers. Finally, the European Union promised to donate Euros 200,000, while the other international NGOs donated 500,000 USD.

Recently the nominated National Committee has told the local media that it has received 15.902 million dollars. They also mentioned that they are hopeful they will receive another 15 million dollars from different international diaspora communities.

Traders have set up shops on adjacent streets to Waaheen market as efforts to rebuild the market are underway.

In a meeting organized by The University of Hargeisa, College of Engineering which brought together the city’s engineers, local and public servants, Abdullahi Abobokar, the Minister of Public Works, Land, and Housing said in regards to the plans of rebuilding Waaheen Market: “reconstruction of Waaheen Market is a national matter, the Ministry of Public Works, Land, and Housing brought and assigned the most educated and experienced engineers in the country to redesign Waaheen market and other markets in the city. The local government will be participating in the construction as well”.

Most of the Waaheen market operators are willing to rebuild the market, and the government will support them with design and will provide the engineers. Everyone is looking towards the future after this shattering event that shook the nation and its neighbors. 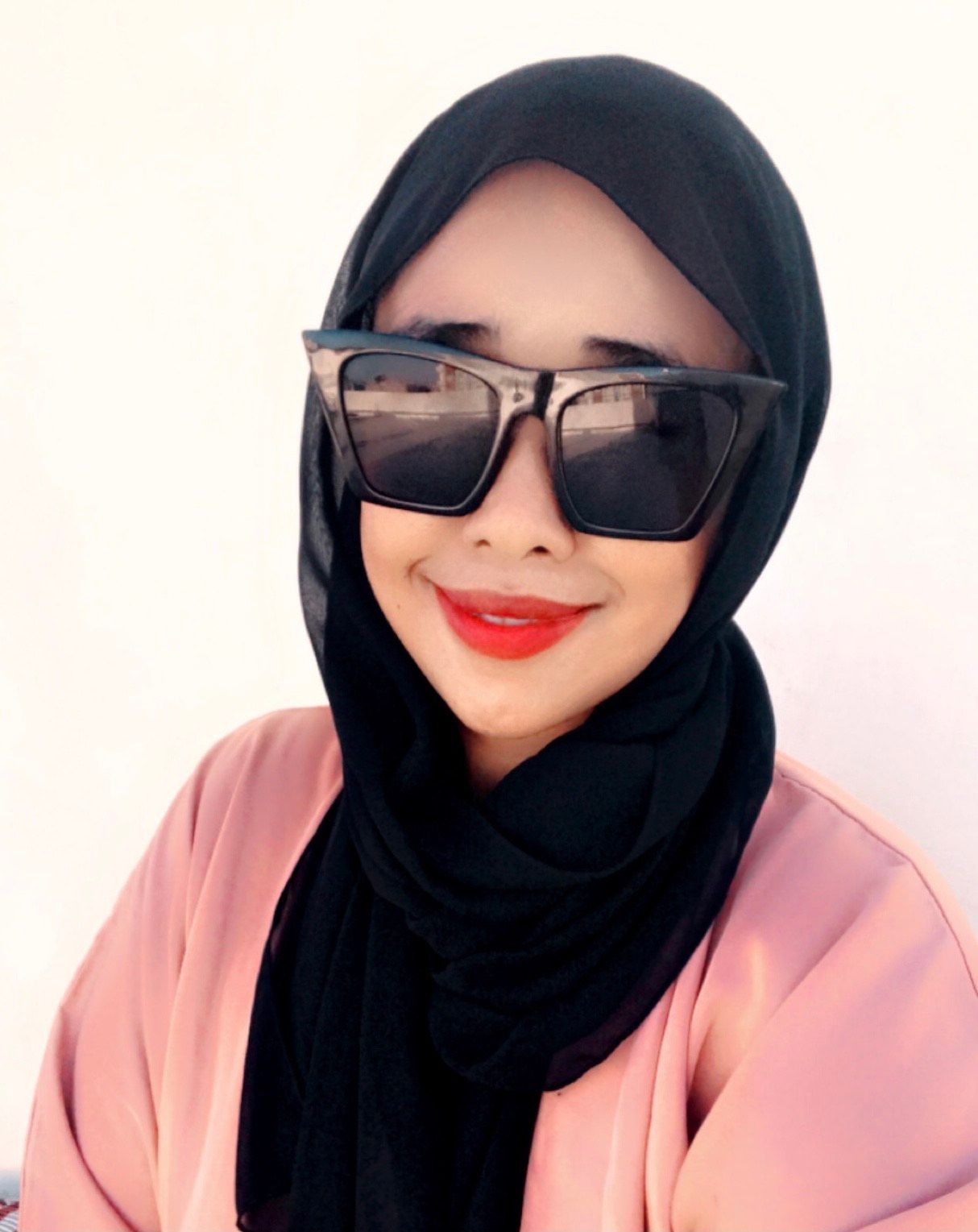