An Artless Artist: The Overlooked Genius of Ayman Al-Rubo

A glimpse into the musical journey of the Sudanese composer and musician Ayman Al-Rubo, with some daring commentary on the complexity of Zanig music. 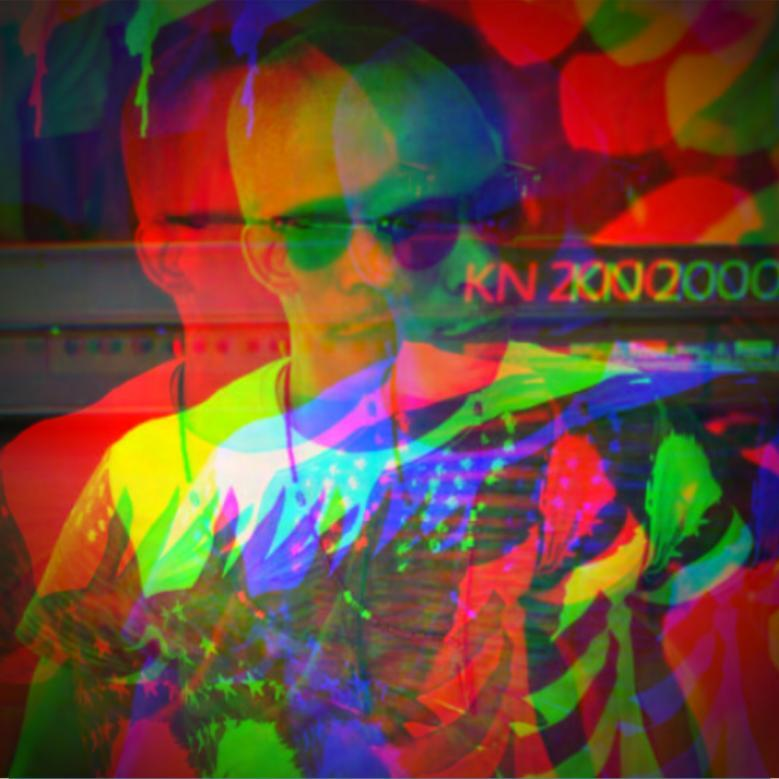 In 2012, Media in Cooperation and Transition, a Berlin-based nonprofit designed a poster that went on to be the cover of The Niles newspaper, a bilingual publication about Sudan and South Sudan, printed in Arabic and English. On that poster appears one of the most gifted and virtuosic musicians Sudan has ever known. The musical prodigy with whom we are about to get acquainted is an artist whose talent and versatility exceeded his contemporaries and, allegedly, most of his successors.

Ayman Al-Rubo hails from a musical family which originates from the Nuba Mountains. His father, Salah Brown, is a Jazz/Blues musician and was the one who first spotted the musical genius of his son. He even stated many times that he anticipated his son to be one of the greatest musicians - not only in Sudan, but the world over. 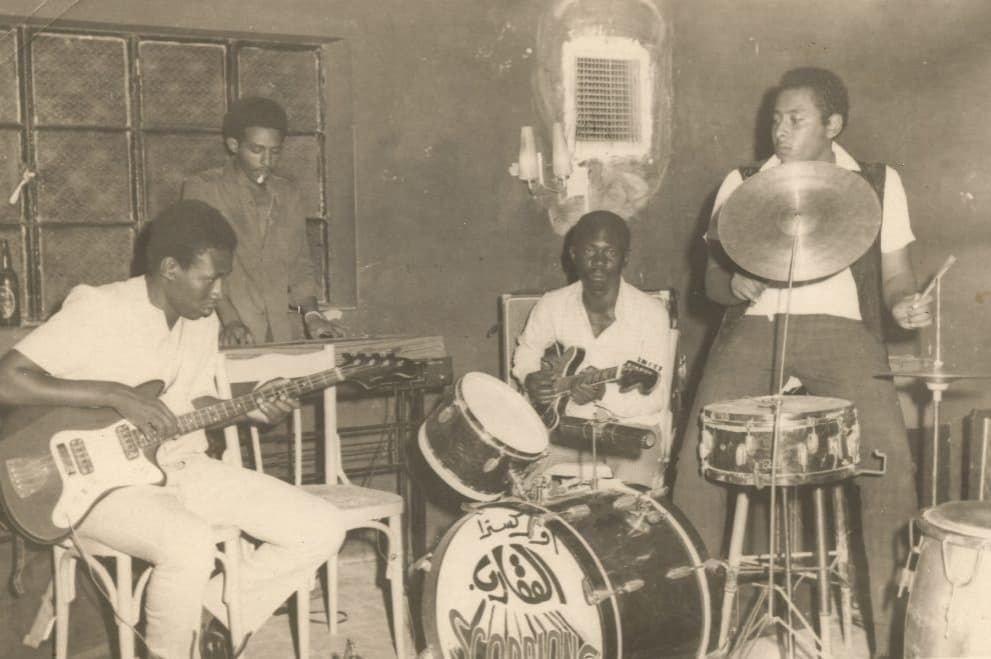 Listening to the various records with which his father had filled their household, Al-Robu started to develop a unique sound that could be considered a mix of many musical genres such as Reggae and the local genre at the time which was called Ghuna Albanat (Girls Songs). Consequently, he managed to revolutionize the latter, a feat that gave birth to a musical genre which spanned two decades of skyrocketing popularity; the du jour music of Zanig. 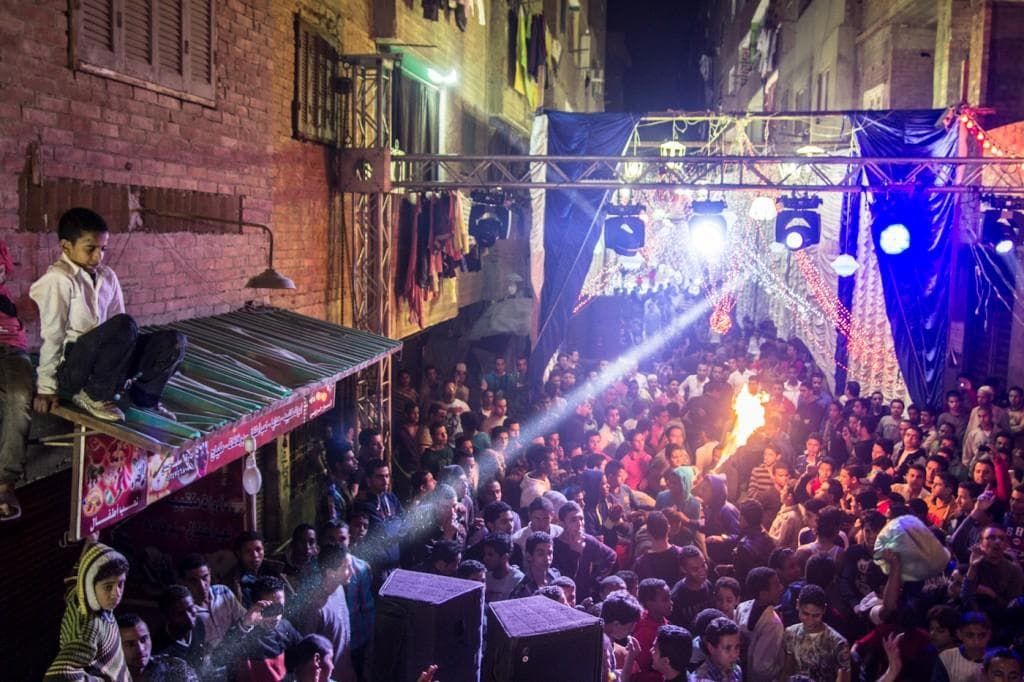 "A fusion of West African beats and Egyptian Mahraganat style'' once stated the journalist Magdi El-Gizouli in an attempt to deconstruct the impossibly complex sound of Al-Robu, "with frequent accelerations and declarations and techno-style repetition.'' he added. As impressive as it sounds, El-Gizouli's description seems to miss out a little bit in characterizing the genre of Zanig. The sound of Ayman Al-Rubo, especially his solos, very much resembles the Central-African Congolese Soukous of the 1990s and early 2000s in terms of musicality and repetition along with the pulsating guitars, nostalgic organs, and nasty snare drums. Typically, songs start with a slow 3/4-time signature and accelerate afterwards in the Zanig part of the 6/4- or 4/4-time signature which is called the Sebene part in the Congolese Soukous. 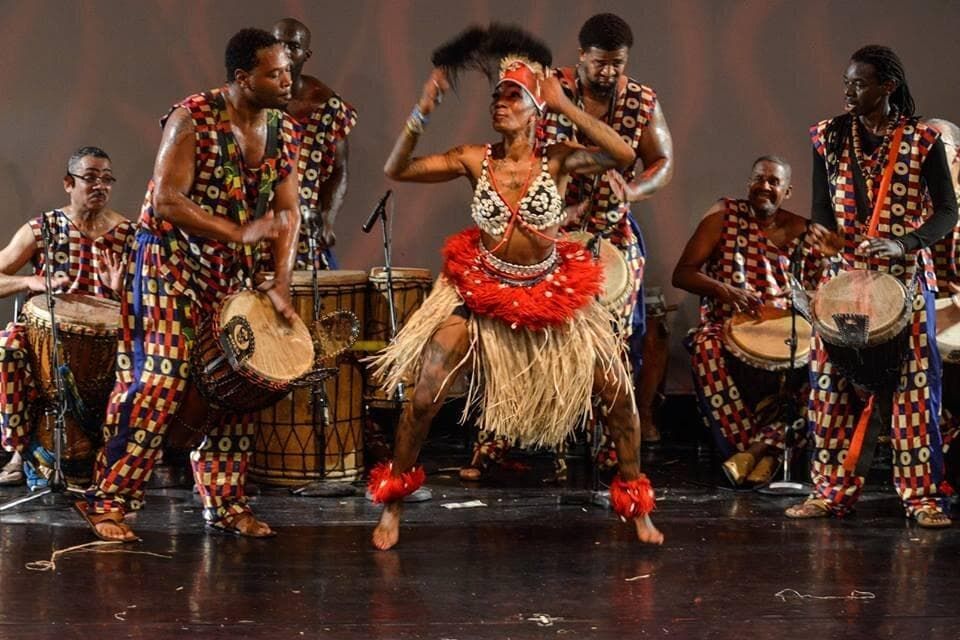 In addition, some of his pieces lean heavily towards the genre of Reggae, vividly reflected in the organs and basslines. Moreover, there is not a single element in Al-Robu's music that resembles the Kora music of Mali, the ambient Tuareg music of the Niger, the elated Palm-Wine music of Sierra Leone and Ghana; or any other West African music. This is not merely blind, intuitive speculation; for there are some music compositions of Ayman Al-Rubo which have titles that suggest this very conclusion; they are usually created by people on the internet with titles as suggestive as “Ayman Al-Robu Zairean Creativity’’— thus giving us a hint of the way with which fans of Al-Robu perceive his music. There is even more evidence to this conclusion which is the intro of one of his solat which is actually an intro to the Congolese Extra Música's song Eatat Major. 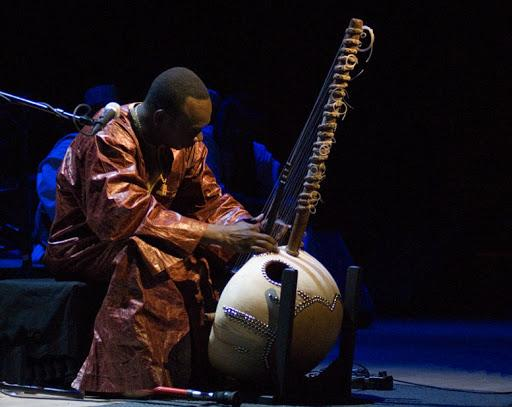 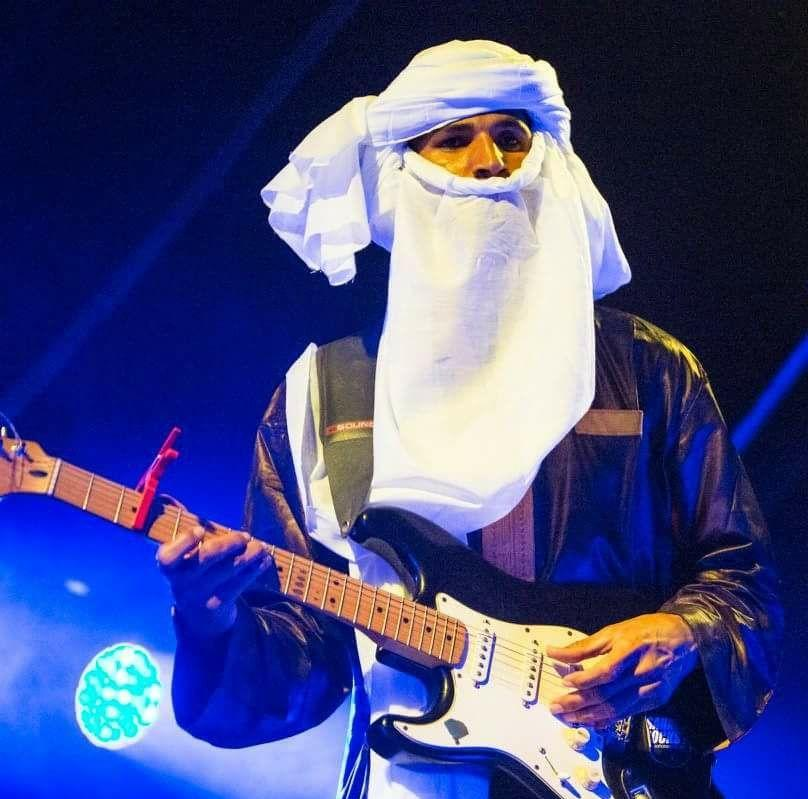 In addition to his prolific dance-music journey, Al-Robu has contributed to many projects, including the aforementioned collaboration with Media in Cooperation and Transition, where he created a musical remake of Mohammed Wardi’s Azibni featuring Wardi’s son Abdel Wahab Wardi. Previously, he played with the late Mahmoud Abdulaziz as well as with Taha Sulieman. 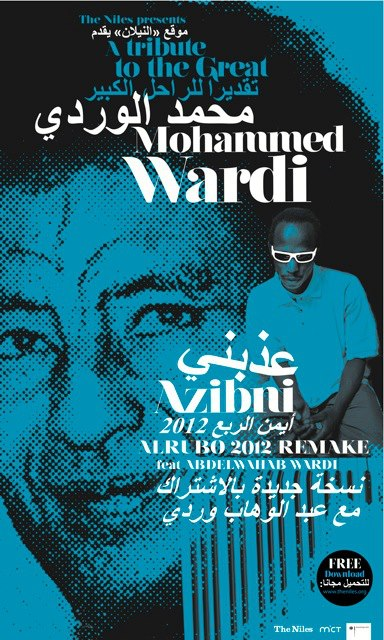 ''I listen to basically every type of music.'' Said Ayman Al-Rubo in his interview with El-Prince in the show, Asharat Wanasah (Ten Minutes of Chit-chat), and perhaps this heedless way of experimenting and experiencing is the source of his originality. Being a multi-instrumentalist, Ayman Al-Rubo has never failed to amuse his audiences through his enchanting keyboard virtuosity, his energetic snare-drum abilities and his arid but somewhat impressive grip on the bass guitar.

Deemed by many commentators as a rebellious way of expression, Zanig music is often hailed, quite rightfully, as the voice of revolution and young generations. Ayman Al-Robu himself was arrested in the recent Sudanese revolution after the release of his song Tasgut Bas (Just Fall That is All), a musical piece inspired by the famous slogan of the December Revolution. It is surprising that COLORXSTUDIOS’ 2019 tribute to Sudan — which entailed featuring many Sudanese artists from various musical backgrounds — did not include Al-Rubo; as he was unmistakably an influencer in the Sudanese music (and perhaps political) scene at the time.

In contrast, there is another face of Al-Robu's music which is worth putting emphasis on; the rather ebullient side of it. As if rising above their own affliction, Al-Rubo and his fans would dance to the intense, yet warm and melodious, rhythm of the Solat with such fervency that they drive themselves (and the surrounding environment) to absolute chaos. Some of his compositions, with their layered flutes and sweet swingy pianos, suggest nothing but nostalgia. 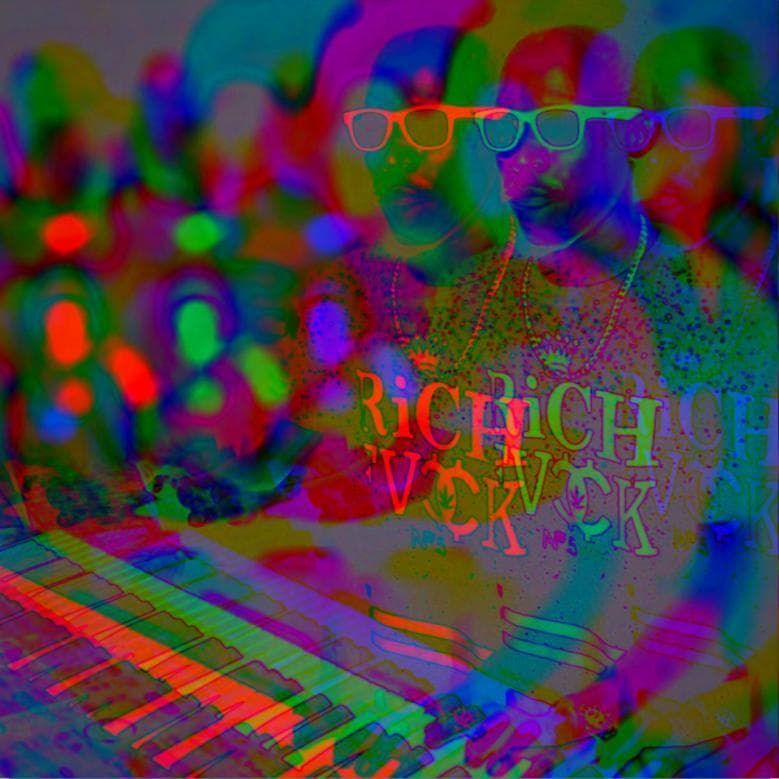 Ayman Al-Robu has put his mark on the musical scene and his perennial work of art would span decades upon decades. We’ve been lucky enough to witness his prime years and, hopefully, we would be even luckier to rejoice what is yet to come out of his bountiful musicianship. 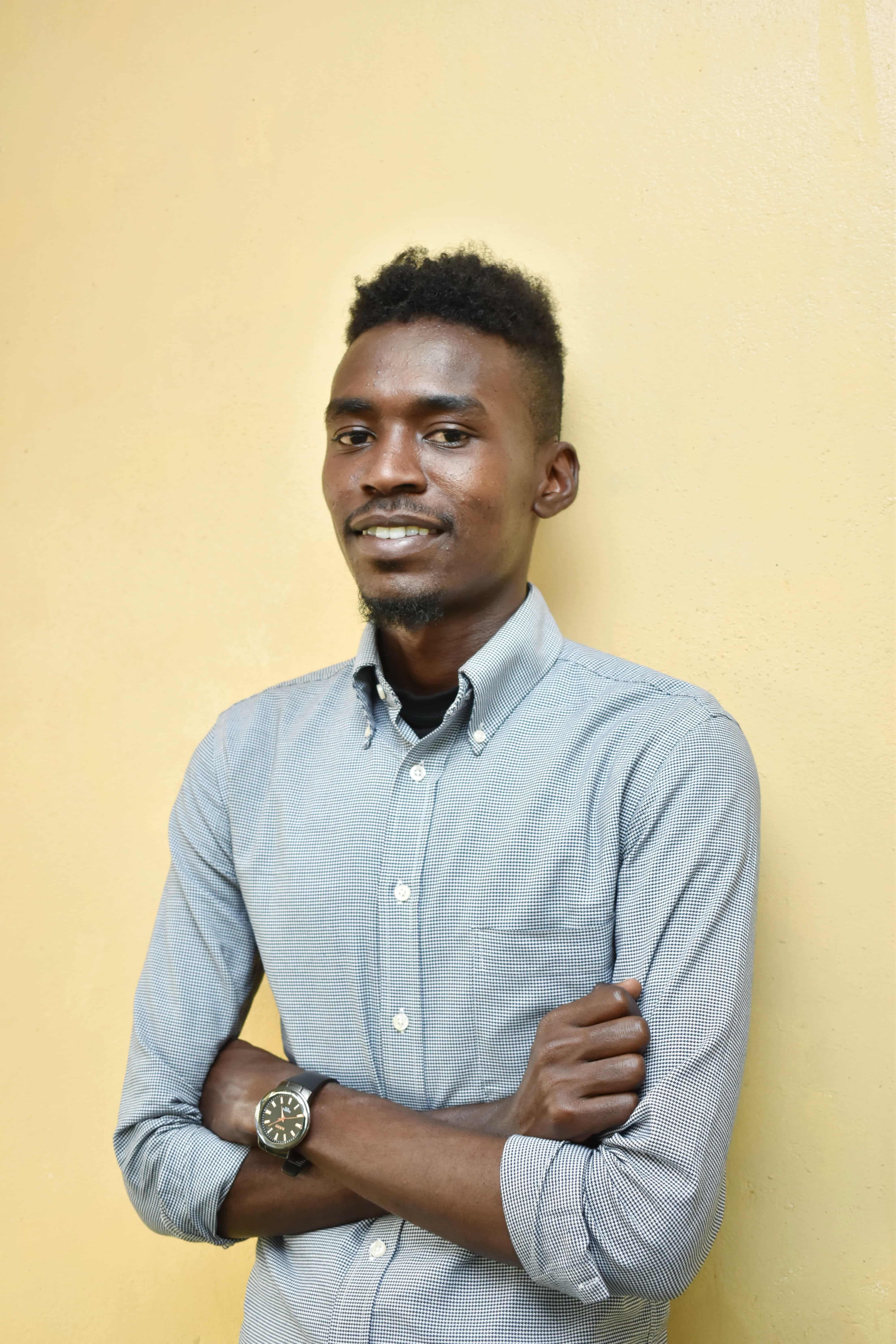 Al Rayah is a Sudanese writer. A multidisciplinary thinker, he navigates in various realms through his writing, from music to science, from culture to technology. Al Rayah works as a petroleum engineer.