There is a Country: New Fiction from the New Nation of South Sudan

The book “There is a Country: New Fiction from the New Nation of South Sudan” is the first collection of short stories from the new nation of South Sudan and is comprised of 8 stories by different authors. Although the stories describe love, loyalty, marriage and death, they are heavily embedded with sorrow in the backdrop of war, displacement, despair and horror. An agonizing yet necessary anthology, it opens wounds in order to heal and reconcile the past with the present. The reader can’t help but draw a future that is wiser; where non-fiction stories are painted against a brighter backdrop. Below is the introduction by the editor of the collection Nyuol Lueth Tong. 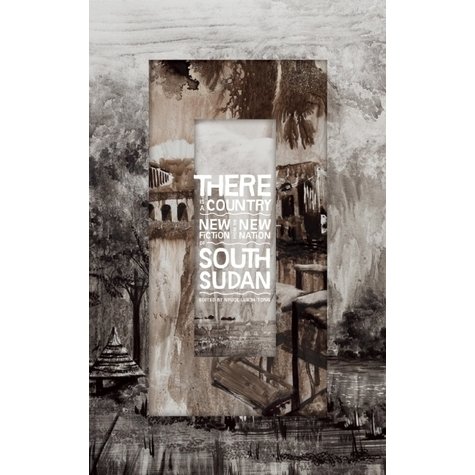 “When people learn that I am South Sudanese, they always have questions—not only about Sudan’s long civil war and my opinions as to what might bring peace and stability, but about what kind of frame, or orientation, might offer them a more grounded understanding of this new nation. I am often asked to describe the literary culture of my country, and to recommend representative works. I understand why people would resort to literature, as opposed to media, to gain deeper knowledge about South Sudan; fiction and poetry can provide a sense of place that readers would otherwise have never been able to imagine.

I can name classics of American literature that have done just that for me. Moby-Dick, for instance, though a challenging novel for me in high school, owing largely to my then rudimentary English, has come to embody for me, over the last several years, exactly what historian Nathaniel Philbrick astutely calls “the genetic code of America: all the promises, problems, conflicts, and ideals.” Invisible Man, Beloved, and Blood Meridian have offered me their own haunting glimpses into America and her history.

On the African continent, there is an international cast of writers whose works are powerful evocations of their cultural and social milieus. Chimamanda Adichie’s Half of a Yellow Sun, Naguib Mahfouz’s 'Almarai', sans-serif !important Trilogy, Chinua Achebe’s Things Fall Apart, J. M. Coetzee’s Disgrace, Tendai Huchu’s The Hairdresser of Harare — these works, to me, are better vistas for understanding their respective countries than conventional historical accounts.

South Sudan, though, is still too young to be able to claim a literary coterie. Thus, when someone asks me for literature that illuminates its cultures and experiences, I tend to recommend personal accounts from my country’s diaspora of former refugees and war survivors. I point them to books like Dave Eggers’sWhat Is the What, a novel based on the life of Valentino Achak Deng; They Poured Fire on Us From the Sky, by Benson Deng, Alephonsion Deng, Benjamin Ajak, and Judy Bernstein; God Grew Tired of Us, by John Bul Dau and Michael Sweeney; My Escape from Slavery, by Francis Bok and Edward Tivnan; and Slave: My True Story, by Mende Nazer and Damien Lewis.

These works are all heartbreaking narratives of hardship and survival. They depict the horrors of war, the savagery of poverty, and the resilience, grace, and strength the human spirit can assume in the face of utter desperation and evil. Over the last several years, they have generated awareness and support for South Sudan. They are testimonies; they present hard evidence of the atrocities that occurred over the last fifty years of turbulence. But I am reluctant to refer to them as South Sudanese literature.

What, then, is South Sudanese literature? This question evokes long-standing concerns about the nature of African literature — its sources, its influences, its languages, its possibilities — that writers like Chinua Achebe and Ngugi wa Thiong’o have wrestled with in their deconstruction of the colonial legacy. The need to find modes of expression that suit African cultures and imaginings comes to the fore here, charged with an urgency based on South Sudan’s particular colonial context and current historical juncture.

In War of Visions: Conflict of Identities in the Sudan, his seminal 1995 history of the nation, Professor Francis Deng observes that “Historians have argued that without the South there would be no North. This is even truer of the South; without the confrontation with the North, the still vivid history of rapacious invasions by northern slave raiders, and the more recent attempts by the post-independence governments to dominate the southern peoples, there would be no South as a viable political entity.” Today, according to Professor Jok Madut Jok, tension with the North is still “the main glue that binds the country’s multiple ethnicities together.”

The North has been painted as Islamic and Arabic, while the South has been characterized as Christian and African, and regionally part of East Africa; these are the generalities that formed the discourse of the Sudanese conflict, and of the eventual divorce. In reality, however, hundreds of languages and ethnicities coexist in the North. In the South, likewise, more than sixty languages are spoken, and although both Islam and Christianity are practiced, local belief systems dominate the spiritual realm. Moreover, the last several decades of war have forced millions of Southerners to flee their homes; many became refugees in neighboring countries, but the bulk of the displaced now live in slums and camps across Northern Sudan, including in Khartoum, the capital.

South Sudanese culture, in other words, is a strikingly hard to define thing. To further complicate our brief, all of the stories collected here were written in English. As Ngugi would phrase it: is this not “the final triumph of a system of domination”? Or in Achebe’s words: “Is it right that a man should abandon his mother tongue for someone else’s?” English is not the main medium of conversation for the majority of South Sudanese, especially in the villages. That the first anthology of fiction bearing their nation’s name is in English, a colonial language, demands an explanation.

The reality is that many people on the continent speak colonial languages. In his collection of essays Morning Yet on Creation Day, Achebe argued that “Colonialism in Africa disrupted many things, but it did create big political units where there were small, scattered ones before.” These “big political units” are united by common experiences under colonial subjugation; colonial languages reinforce this unity as a common medium of communication and of national identification, an umbrella under which different ethnicities and cultures can find equal representation. English also allowed many of the writers here to encounter literature from elsewhere; it seems reasonable to use it to send our own work out into the world.

This is the aim of this anthology. In an effort to enrich our culture and share the work of our new country, we want the world to read stories from South Sudan.

Finding these stories, were it not for the Internet, would have been virtually impossible. Apart from the acclaimed critic and poet Taban Lo Liyong, South Sudan’s most well-known literary figure, and Arif Gamal, whose epic poem Morning in Serra Mattu is excerpted here, all of the contributors are young. I stumbled upon many of them while looking for African short stories online; others became known to me after our call for submissions went out, appearing from Juba, New York, 'Almarai', sans-serif !important, Nairobi, Sydney, London, Calgary.

I chose these narratives among the dozens received because they epitomize and illuminate South Sudan’s current moment of rupture. Our nation has been marked by wandering and longing, by waiting and return. No other force or reality has had the ubiquity in South Sudan that war has had in the last several decades. War dominates, and its legacy will continue to influence our literature and culture in many ways for years to come. Its face is more familiar for most of us than this new reality of peace and stability. But there is more here, too, much more, and I hope that this collection will begin to give readers a picture of it.”

The text was obtained from the publisher’s website with permission.