The Other Side of Negative Emotions

We have always been taught to shake off the negative emotions, to ignore them, to get rid of them, kill them, and just find ways of mitigating them. No one wishes for a bad day filled with negative emotions, so many researchers delved into how chronic stress affects the size and growth of our brains.

Crying every night does not help, it is bad for your mental health -they say. Having a thick skin is what you need to survive. Sadness, anger, envy, feeling stupid, and anxiety are all examples of negative emotions we go through almost every single day, with a feeling and a desire to block them out, or to quit them altogether
in order to have a so called “normal” day. Who wants a crawling ghost of anxiety that paralyzes them from healthy thinking and working? And how do we get rid of this overly sensitive trait that kills us with every new interaction and life incident, resulting in unnecessary thoughts that keep occupying our minds for a long time, sometimes for years.

Negative emotions are paralyzing and controlling to some extent. They affect our functioning and how we approach life and people. Nevertheless, there is another
side of those negative emotions that has been addressed by many psychotherapists, poets, writers and PhD researchers. Such research focuses on how negative
feelings are actually good for us to experience every once in a while, and how unpleasant emotional rains and storms are providing us with a lens to enable us
to see something, an insight, which would not have emerged to the surface in normal circumstances. 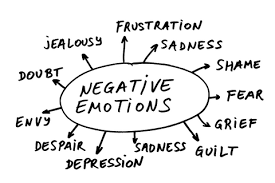 Unpleasant feelings may help you predict the consequences of your actions; when you don’t have enough information to decide logically. This appears especially with anxiety: a profound nightmare that is caused by our sensitivity, deep engagement with surrounding events, and feeling the implications of everything.

When anxiety is looked at in a positive light it serves many useful purposes; from worrying about the wrong things, exercising caution in the face of danger, and finishing an assignment before a deadline. To feel everything so deeply is tremendously exhausting, but being too relaxed can also kill you; you will never get anything done.

To envy is a bad and shameful thing. But when you listen to your envy a little bit, it actually tries to tell you something; a clue about yourself that may help in self-awareness and self-understanding. It is an important emotion that helps us get to know what we really want and should be doing, and therefore, a call for productive actions upon those realizations.

As the School of Life YouTube channel suggests, keeping an envy diary is a useful activity to study ourselves more deeply.

For Rainer Maria Rilke, or simply Rilka, sadness is classified into two types: great and dangerous.

Great sadness passes, the passing is hard but it alters much in oneself. In the midst of this sadness, undergoing changes is a vital matter.

We carry dangerous or bad sadness in order to draw them out. In his own words: “like sickness that is superficially and foolishly treated they simply withdraw and after a little pause break out again more dreadfully; and accumulate within one and are life, are unlived, spurned, lost life, of which one may die.”

Rilka encouraged that we endure our sadness –the great kind- with great confidence more than we usually do with our joys. For him, new things enter our cores during those sad moments, and we need to pay more attention to ourselves and to the unpleasant feelings when they occur. 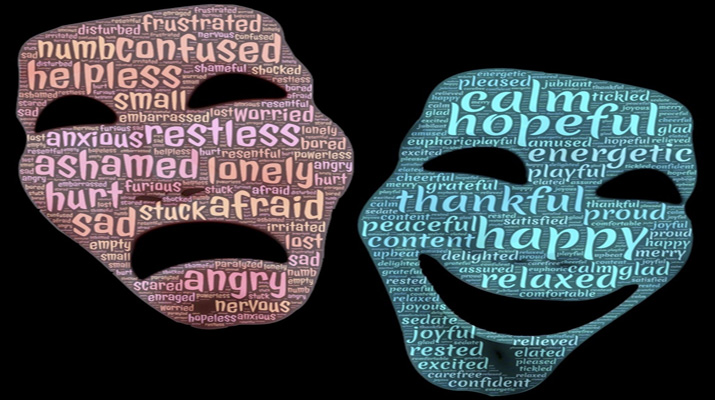 Many artists especially musicians use sublimation to turn negative life experiences like drug addiction and family problems into a popular work of art. Even in solving problems and thinking deeply, sublimation plays a major role. Sublimation is seen as a helpful alternative for us to turn envy, egoism, and rejection into a song, a book or a film.

Freud wishes for us “to sublimate well.”

Sometimes it is your genes and/or your brain’s chemicals, it is not you.

Most of the time, you can’t do anything about negative emotions such as anxiety. For instance, genes control anxiety baseline levels and determine our sensitivity to life stressors. The only thing that someone can do in such situations is avoiding anxiety provoking situations, reducing exposure, and learning to cope with them.

Another example is the somewhat stupid risks you took when you were in love –and later wondered how you could have done such things. Researchers have discovered that the hormone Oxytocin seems to increase people’s trust during social interactions, even with strangers. In a researching experiment, participants who were given Oxytocin via nasal spray were about twice as likely to give money to a trusted person, as those who were not given the drug.

Particular genes can determine whether we can handle tough events with little chance of getting anxiety disorder or depression as a consequence. Genes –and environment- determine if we are more or less sensitive to stress, and the way we handle similar negative emotions.

Promoting one type of character

In our Sudanese communities, you endlessly hear the “etla7la7” word. But someone can’t just simply decide to be less anxious and more put together or tough. The anxious are not crazy and negative emotions such as anxiety are not a sign of weakness.

An example that really bothers me personally is the Sudanese “إنتا حسن ولا حسين”- “Are you Hassan or Hussein” advertisement that I came across on the internet and saw on street billboards. The ad was basically comparing between two types of personalities, but at the same time praising the outgoing type. The two characters were: an extroverted highly confident never-hesitant Hassan who shines with happiness and fulfillment, and the quiet, stressed out, cautious Hussein who is paralyzed by anxiety and over-thinking. Hussein, is pictured as someone who is always behind and does not seem to be able to take a single good decision in his life, for example deciding whom to marry. This ad reflects the way we tend to always make way for a remarkably narrow range of personality types.

Ironically, emotions that make us feel bad often cause us to behave in ways that are good for us.

A person with negative, unpleasant emotions is not cursed. People’s interpretations of what exactly is normal vary, but sometimes they tend to go extreme; resulting in more people striving to hide their weaknesses and emotions, instead of trying to understand them.

There is no denying of the role that suffering contributed to the self-love that evolved from an old self-hating, and the ability to better spot meanings because of the focus on the downsides beside the upsides. Sometimes you don’t have the logic, math and numbers all the time to help you make a decision and all you have is intuition and a bunch of conflicting emotions.

This is not a call to stop seeking professional help, or an invitation to romanticize sadness or other negative emotions, but an attempt to explain that another approach to understand what these negative emotions are trying to tell us is worth exploration. It’s an invitation for reinterpretation and the “what does not kill you makes you stronger” cliché.

2- Welcome to your brain: Why you lose your car keys but never forget how to drive and other puzzles of everyday life – Sandra Aamodt, Sam Wang. [chapter 17, 18 & 20]

4- Quiet: The power of introverts in a world that can’t stop talking – Susan Cain.