These days, it may seem to many people that Sudan has woken up late to the call for change. But do they know that Sudan is one of the first Arab countries to advocate for a revolution and better life? Sudan's history is full of persistent symbols who were determined to advance Sudan. They were planning a promising future to benefit millions, and were reflecting the image of their homeland as a great civilized nation.

Our ancestors bequest us about the homeland

The first contemporary national Sudanese revolution manifested in October 1964. It is regarded as the first popular Arab revolution. It started from the University of Khartoum and was against the military rule of Aboud. October 21st was the first spark that ignited the popular uprising across the Arab, African and Middle East regions. Sudan’s revolution preceded the Arab Spring by decades. Besides, it was the revolution that made President Ibrahim Aboud surrender governing, and announced the end of his military rule on the 28th of October. 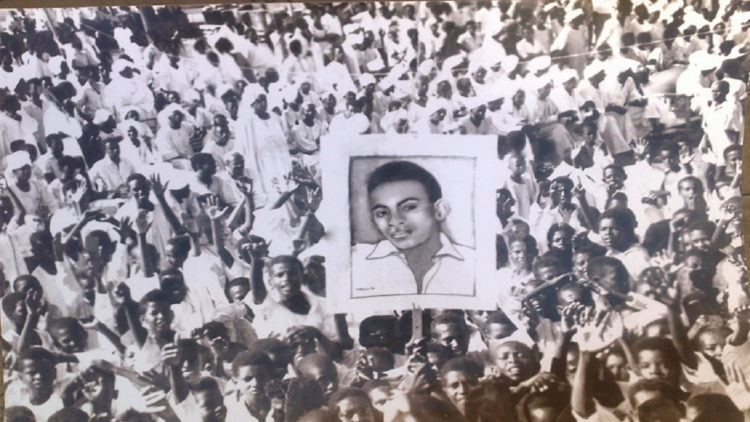 As the streets were filled with cheers of people, the minds and hearts of many Sudanese poets and artists intertwined words and melodies that reflected their sense of patriotism. What a wonderful mixture of letters to be immortalized in the memory of the homeland, which became a slogan adopted by many. The songs of the giant Sudanese singers of this revolution have become an accompanied character that always take you back to those unique times, including the songs of the late artist Mohammed Wardi "Green October" by the poet Mohammed al-Makki Ibrahim. Wardi also gave us "The Revolutionaries of October O Makers of Glory" written by the late poet Salah Ahmed Ibrahim. In addition, "Your people are stronger and bigger" by the poet Tahir Ibrahim, and the most famous of them all is "Morning has broken, neither the prison, nor the prisoner will remain" by the outstanding poet Mohamed Miftah Vitori. Who can forget the most enthusiastic in the memory of people in the past and present, "O people, whose revolution has ignited" by the poet Mahjoub Sharif.

The singer Mohammed Al-Amin presented, "October 21st" that is characterized by the historical event’s story. It was written by the poet Fadlullah Mohammed who was a student at the time, and who was in detention when he wrote it. He was among the activists at the University of Khartoum who participated in a symposium inside the students living quarters. After his release from detention, he composed the poem and Al-Amin sang it. The two collaborated together on works such as "hold on to the principles" and "Welcome, the tenth month". Following that, Al-Amin and the revolutionary poet Hashem Siddiq both presented the national epic "a story of revolution", which recounted the details of October’s revolution with beautiful and fascinating words.

The great singer Abdul-Karim Al-Kabli sang "Storm of Khartoum" by the late poet Abdul Majid Al-Amin with eloquent words and beautiful descriptions. The singer Ibrahim Awad sang "The Revolution is a slogan” written by the poet Tahir Ibrahim. The singer Salah Mustafa made his song from the words of the late poet Mustafa Sanad, which notably mentions “on the twenty-first of October, the people revolted and raged, fire upon fire”. These songs and many others fuel people’s spirit, and give them hope for a beautiful potential future coming their way. 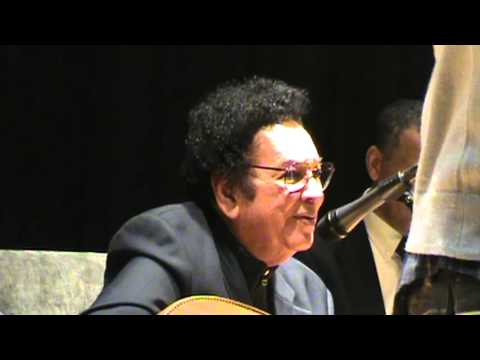 The second revolution took place on April 6th 1985 against the rule of Jaafar Nimeiri. This revolution was one of the main events of Sudan's politics and was characterized by its astounding movement. Both revolutions were clear examples of the contemporary Arab popular revolutions. Everyone must know that Sudan was and still is a country of conscious and educated people. Sudan’s revolutions were characterized by peace and dialogue, and sought to deliver its demands in sophisticated ways, ultimately gaining praise by Arabs and the entire world.

The homeland of the ancestors. I would generously give up my soul for you

How can we forget the way Arab singers praised and admired Sudanese people and their characteristics? What they felt was transferred through tunes and performances of an exceptional effect. "Peace for Sudan and the land of Sudan. Peace for the chivalry and manhood." This was the beginning of Warda Al-Gazaeiria’s song, written by the poet Abdel Rahim Mansour, which was performed at a concert in Khartoum on the 22nd of May 1974.

We cannot be surprised by the fact that today’s youth is revolting and calling for change and peace. They are chanting slogans of freedom, peace and justice. Like a father, like a son!

There is no doubt that today’s youth is invested in their homeland. If some think that this is innate, in my country it runs in our blood. It is in the air, and change became our mornings and evenings. We saw the young singer Fadul Ayoub, who performed a teary rendition of "tomorrow we return as we desired, and all Sudan’s hassles would go away" in the cultural event Shambat Nights. These words were enough to make his tears flow. Not only his, but tears of all who listened to him and contemplated the song’s lyrics and hoped for a better Sudan. The song was sung again by Fadul himself among the revolutionaries recently, delighting the ears of everyone around him. So many are like Fadul, some of them we hear and listen to everyday, others work silently. 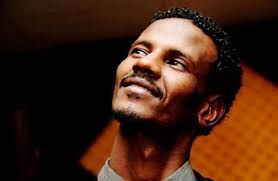 Oh my country, the homeland of my beloved ones. I love you in my presence and absence.

Everyone wants their country to lead, to become the safe haven for their children, a refuge for those in need, to prosper with endless wealth and happiness. The sense of belonging is instinctive, and thus the hopes people have for their homeland. People give their all to alleviate their country and reach their ambitions.

What Sudan is going through today might be remembered by some people as difficult days. Indeed they are as we see thousands get hurt. However and inevitably, they will become historical days archived in records. What we really hope is for this country to be good and well, high and leading among the nations. May its people be in peace, and may our Sudan be given what it deserves. 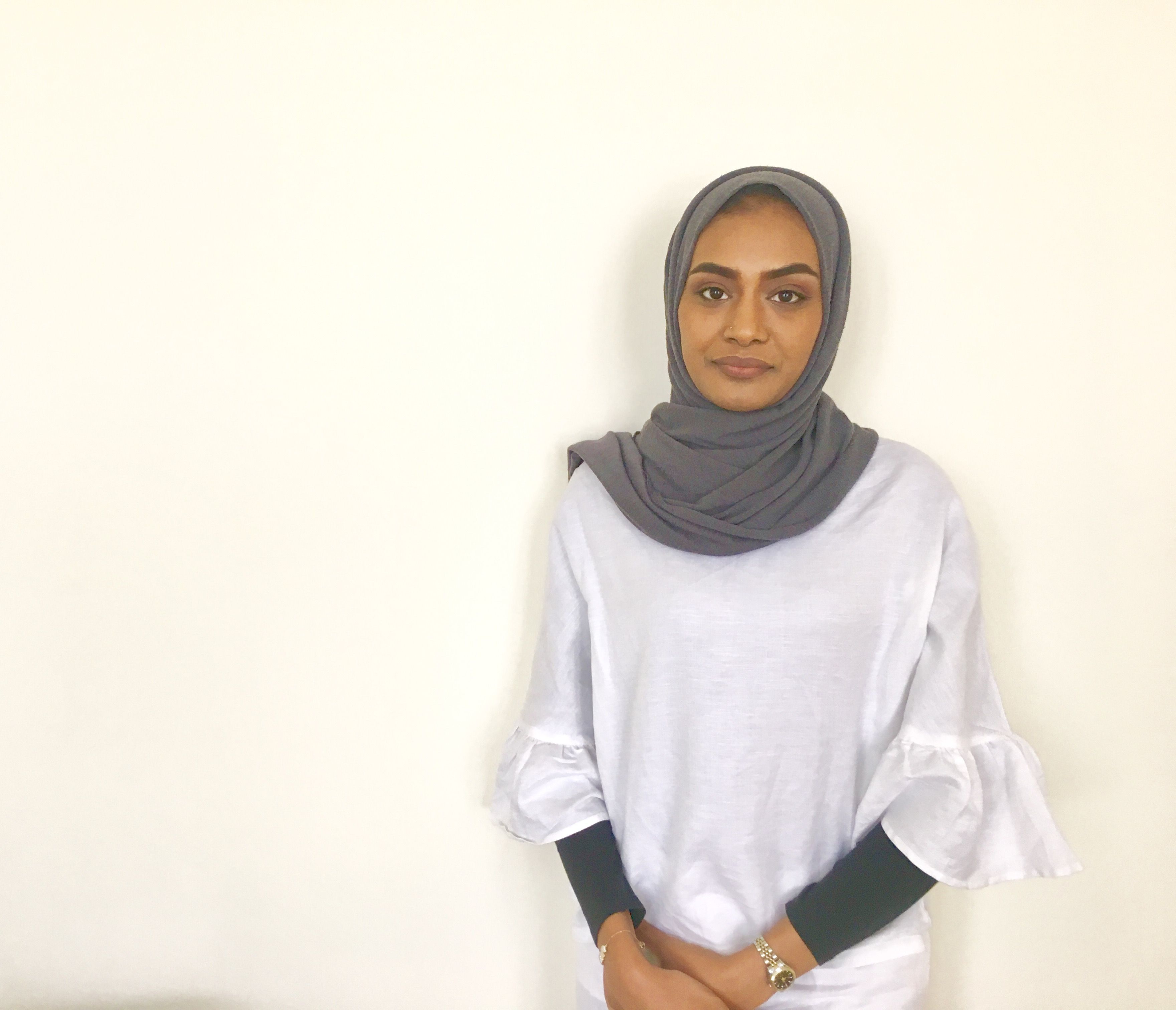 Fatima is a pharmacist by training and interested in family health.