South Sudanese: from the Grace of Independence to Immigration

The 9th of July 2011 is a memorable day for the people of the Republic of South Sudan, who gained their independence after the longest civil war in the world, lasting more than a quarter of a century. Yet, the differences between President Salva Kiir and his former deputy, Dr. Riek Machar, shaped history in a way that erased all that has been achieved in less than two years, when ethnically characterized fighting broke out leading thousands of citizens to flee from South Sudan to neighboring countries in search of safety. Despite the signing of a settlement agreement in August 2015 and as a result of a loss of confidence and political-will among the conflicting power-grabbing parties, renewed fighting erupted placing the country among the four largest countries in the world for the number of migrants.

The International Organization for Migration (IOM) declared that more than 5.1 million people have been displaced from the Republic of South Sudan to neighboring countries as a result of the ongoing fighting since 2013. Refugees fleeing war and famine are scattered in six neighboring countries; the Central African Republic, Congo, Uganda, Kenya, Ethiopia and Sudan. According to the UNHCR, the number of refugees from South Sudan exceeded 1.5 million people, placing South Sudan on the list of the largest exporters of refugees in the world. The list includes Afghanistan, Somalia and South Sudan.

According to the Office of the United Nations High Commissioner for Refugees (UNHCR), the number of refugees from the Republic of South Sudan in 2017 reached 390,000 people in Sudan, 520,000 people in Uganda, 90,000 people in Kenya, 321 people in Ethiopia and 60,000 people in Congo. The Refugee Agency estimated the number of South Sudanese fleeing the war in Sudan reached 131,000 in 2016 but the violent events of the 8th of July 2016 in Juba and the continuity of fighting and the declaration of the state of famine led to the displacement of thousands more to neighboring countries.

Hundreds of thousands of citizens flee to neighboring countries on a daily basis, according to the United Nations Mission in the Republic of South Sudan (UNMISS). The head of the United Nations mission and the Special Envoy of the Secretary-General, David Shearer, said that about 60,000 citizens flee South Sudan every month because of fighting and the ethnic targeting of certain groups. In late February, the organization announced that hundreds of thousands of people crossed the border in the states of Bahr el Ghazal and Western Equatoria as a result of the famine in the region. This led to the declaration of famine by the Government of South Sudan in February of this year. 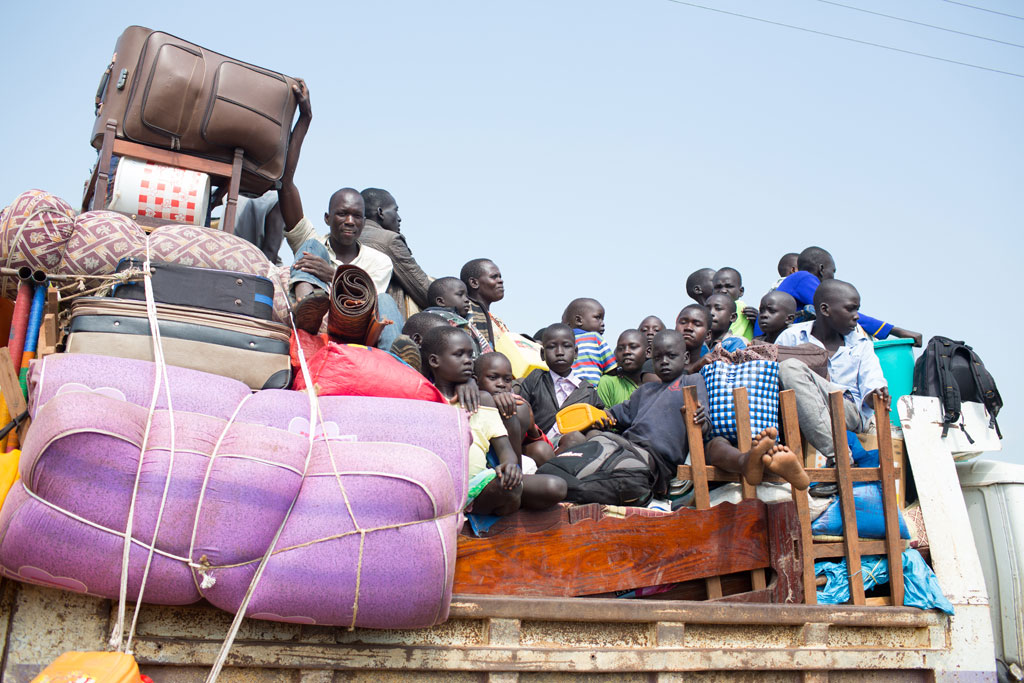 The spokesperson for the UNHCR, Commissioner William Spindler noted that despite the efforts of the International Organization for Migration (IOM) with the Department of Refugees and Returnees and the Office of the UNHCR to assess and securely deliver Southern refugees to camps in neighboring countries, the daily increase in arrivals remains a challenge for these organizations as the fighting continues. The UNHCR estimated the number of organizations providing humanitarian assistance to South Sudanese refugees fleeing the war in 2017 at 47, operating in six countries and needing more than 1.4 billion US dollars in funds to help and provide services as well as facilitate migration processes. It’s notable that the organizations only received 20% of the money needed to improve the refugee situation, making it difficult to meet their needs.

To restore security for the return of many who fled the nation and start building the state, the only hope was the signing of the settlement agreement in August 2016. The renewal of fighting ended these hopes and forced thousands of South Sudanese people to leave their homes in search of a safe haven.

Some traveled many miles on foot to reach displacement camps in Kenya, Congo, Uganda, Sudan, Central Africa and Ethiopia.

Refugees are welcomed in neighboring countries in accordance with regional conventions that support the mobility of people. Nonetheless, policies in neighboring countries are weakly applied by governments, narrowing employment opportunities and turning the issue from a refugees issue to a political issue as a result of tensions between the different countries. Governments have failed to reach agreements that make migration beneficial to all, for example South Sudanese refugees in Kenya are in a state of severe embargo as a result of tight security measures and arrests due to a series of attacks by the Somali Shabab movement. In other countries, refugees were assigned to refugee camps where living conditions are difficult due to kidnappings, rape and physical violence, which are common because of disagreements with local communities over the land granted to refugees.

War in South Sudan contributed to the migration of large numbers of people to neighboring countries in search of employment or education, while some seek reunification with their families at a time when many are fleeing persecution and physical violence resulting from tribal conflicts and violence among communities. Many in the refugee camps find that despite their success in fleeing from the hell of war and famine, the chances of life are still lacking as hundreds of children lack access to good education in the camps, as well as lack of employment and dependence on marginal activities.  The migration goals of many citizens have not been realized due to funding or policies constraints. Many countries have restricted migration, which has negative effects on the process, leading to higher and riskier migration costs or camp survival with high poverty risks and marginalization in informal, low-income jobs. Thus ensuring safe migration is the real crisis for the world and Africa in particular.

Despite calls by world leaders to end the war in the Republic of South Sudan to stem the flow of refugees, little hope remains. The High Commissioner for Refugees Filippo Grand remarked “leaders in South Sudan must act responsibly and not ignore the suffering of their people, whose hope was diminished after quarter of a century of the longest civil war in the world which ended with the Naivasha Peace Agreement. Returning to square one (migration) and returning to the Sudan war displacement camps of the 1980s is a loss of the grace of independence and the years of struggle for freedom.”

The Republic of South Sudan gained independence from Sudan on July 9, 2011, after the longest civil war lasting a quarter of a century. However, the war that broke out in December 2013 ended the hopes of the citizens of South Sudan, taking them back to the bitter past of migration and losing their true taste of statehood, one they fought for longer than quarter of a century. 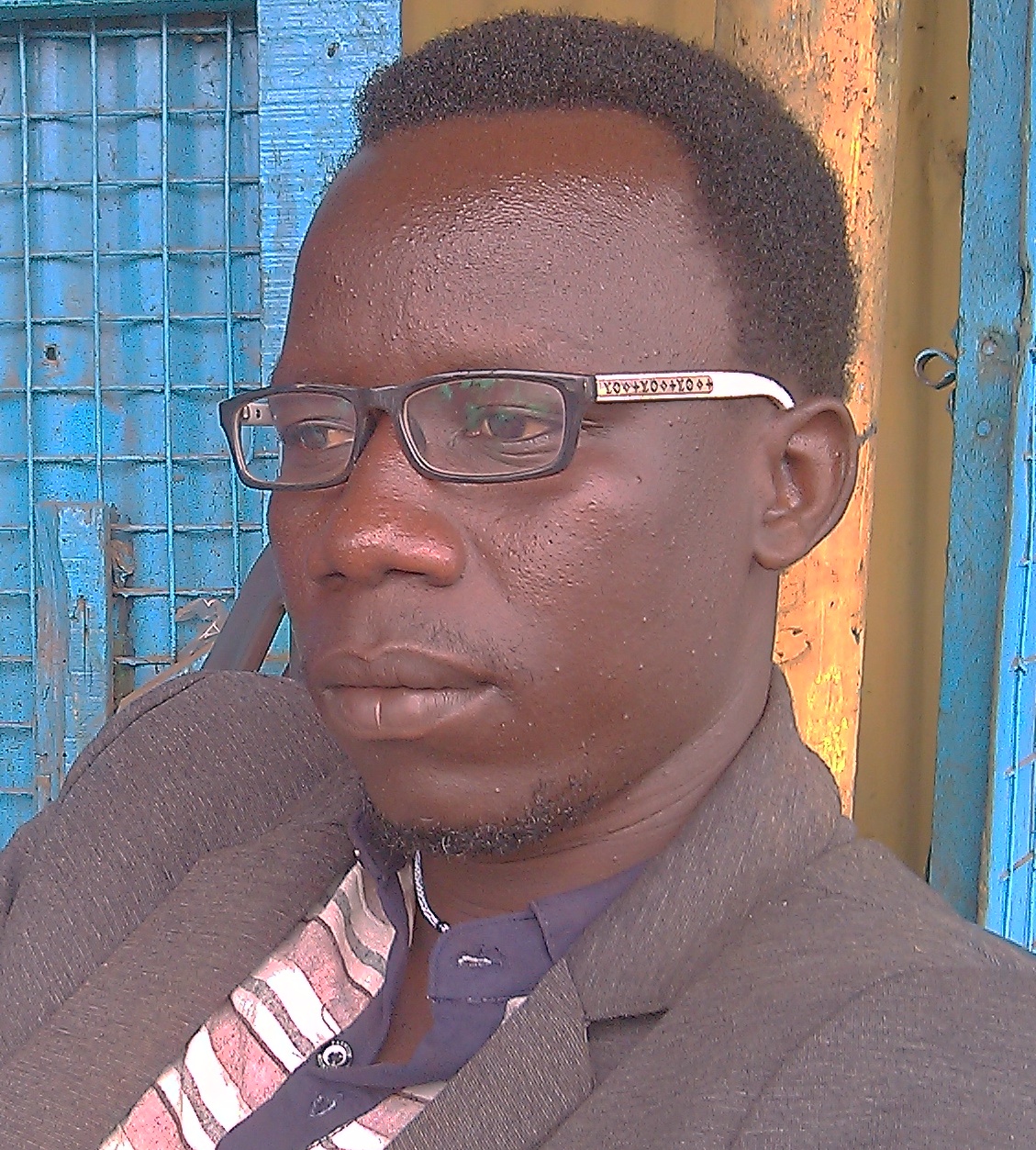