The end of every ruling regime that relies on racism, tyranny, injustice and the obliteration of the rights of citizens, is to fall. This is what some countries like Egypt, Libya, Algeria and finally Sudan have achieved. Of all these revolutions, the Sudanese revolution stands out as a peaceful one. If this indicates anything, it reflects the awareness of the Sudanese youth in the revolution against the regime of the ousted president Omar al-Bashir and all affiliated parties to his corrupt regime – a system that lasted thirty years feeding off the country's resources, the rights of citizens and disrupting the wheel of development. Finally, a voice made its way calling for his fall. Throats of youth and Kandakas cried out "just fall!" and stood up unarmed against the weapons of soldiers. Their souls were lost and blood was shed to see this revolution become “The Glorious December Revolution”. Mercy to the martyrs of my country who sacrificed their pure souls in exchange for the homeland, and salutations to you, great mother who lost her son in those nights when the sounds of live ammunition thundered against defenseless citizens. You were and still are part of us and your innocent souls are still guarding the demands of the glorious revolution. So now, after a whole year, what is the situation? 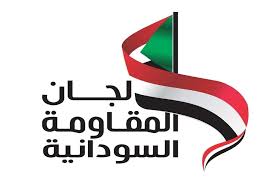 Resistance Committees in the December Revolution

The Sudanese revolution was characterized by an overwhelming meticulousness in all its aspects of organizing processions and using the tools of peaceful resistance like peaceful sit-ins and others. One of the most important factors that played a role in the fall of the former regime and is now guarding the reforms of the Sudanese revolution and ensuring the rights of the martyrs is the resistance committees. In its simplest form, it is a group of young individuals from a neighborhood who gathered to form a committee that aims to meet the processions called for by the Sudanese Professionals Association. This included tasks like identifying procession paths, ensuring the safety of the procession and civilians, and crucially guaranteeing the peacefulness of these activities. That was in the first months of the Sudanese revolution, specifically in January 2019. Each region and every neighborhood were able to form a resistance committee that sought those goals, and divided tasks into groups: from distributing leaflets, burning tires and securing processions. The committees have been in operation since January until now. The nature of their work was limited to single individuals, but this exposed them to arrests by security and intelligence services among other security forces. It was their responsibility to raise the awareness of the Sudanese people to the necessity of the processions, the preservation of their peacefulness, and the establishment of outreach campaigns in public markets, public transportation stops and other places with pedestrian movement; thus, exposing themselves to arrests and direct clashes with security services. After that, specifically in the holy month of Ramadan, the committees started to restructure themselves, and formed sub-committees: including the media committee, the facilitation one, the executive one, and other sub-committees that aimed to organize their work. After the fall of the deposed president’s regime and before the June 30th millions march, official communication was made by the Field Work Committee of the Freedom and Change Forces with the resistance committees to establish more organized processions, symposia, and talks with leaders of the Forces of Freedom and Change.

Since the formation of the committees, and until today, they are exposed to various kinds of challenges. In the period before the fall of the previous regime, they were subjected to arrests, torture, and other circumstances that led to delayed work. Now, the resistance committees face challenges of a different nature. To identify and understand these unique difficulties, we had to reach out and research. I met with a young man from the resistance committees in the Karari locality, who worked in one of the sub-committees of the resistance committee. He explained, "the resistance committees still hold processions, strikes, peaceful disobedience and all the calls for peaceful activities to resist injustice and to ensure that the changes of the December revolution are preserved – to ensure the rights of the martyrs, to prosecute all the heads of the corrupt former regime, and to hold the perpetrators of the massacre of sit-in accountable. The role of the committees is not restricted to only overseeing the promises of the revolution, but also to guarantee the right of every Sudanese citizen to bread, fuel, gas, and other necessities of daily life”. In essence, the practical work of the resistance committees has transformed from guarding the outcomes of the revolution, monitoring the transitional government and the cabinet, and ensuring the perpetrators of the massacre at the Qiyada sit-in are prosecuted, to combating corruption in bread, fuel and gas distribution, which is originally one of the duties of official entities. Resistance Committees in the Face of Current Challenges

After that, I contacted one of the youth initiatives that serves the community; the Bahri Youth Initiative. The initiative is an independent youth project that did not belong to any party, and it solely depended on the power of the youth and volunteers. I contacted Maysoon Abdullah Abd Al-Muttalib, a member of the Bahri Youth Initiative, to talk about the initiative. She said, "the initiative was formed as a result of the current situation and the spread of the Coronavirus among citizens. Our goal was to manufacture sanitizers and all the requirements of preventive medicine, and to spread awareness publications and also provide masks. We managed to achieve our goal by manufacturing 10,000 sanitizers which were distributed in Bahri, sterilizing markets, public transportation, neighborhoods, and mosques, and distributed more than 20,000 packages containing food supplies to families in need. Currently, we are working on providing quarantine centers for people infected by the virus. Resistance committees participate by distributing these sanitizers within the neighborhoods. The initiative also works on a fasting package project and distributing food on a daily basis to street children; in some cases, we receive support from charities and private companies. Hence, we call on citizens to adhere to the directives of the Ministry of Health to combat the Coronavirus and trusting in God, we will be able to pass this stage." 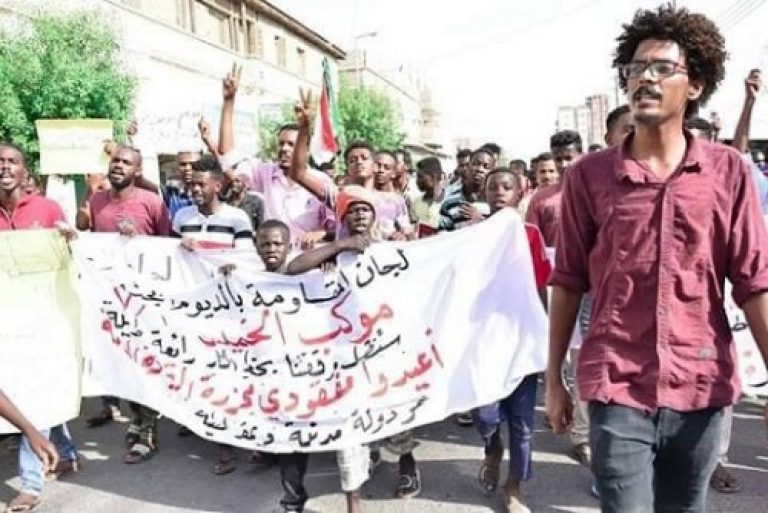 Resistance Committees in the Transitional Period

The glorious December revolution is characterized by its campaign features and slogans that covered all the meanings of humanity from freedom, peace and justice. But there are those who are trying to manipulate this revolution and its core values, each according to their own goals. A year on, the current transitional government has not succeeded in holding the perpetrators of the massacre at the Qiyada sit-in accountable nor finalized retribution for the martyrs. All we see now are trials of killers without any implementation of the rulings. It is also unable to maintain the principle core competencies in a way that guarantees citizens the formation of a lawful state. Moreover, it failed to improve the country's economic situation. We all know the challenges that the country is facing currently, and therefore the transitional government must take advantage of these committees in a serious manner and work to salvage the current economic situation. It must apprehend all the currency traders and those who disrupt the economic system. It must also start trials and implement verdicts against the perpetrators of the horrific massacre and take retribution for the martyrs.

The resistance committees deserve great credit for the success of the December revolution and are one of the pillars that have been, and still are, practicing its pillars until today. They depend on the energy and drive of the youth, firstly and lastly, for they are the real owners of change. This group of young people is the one with the capacity to enhance the development of the country and must therefore be cared for and trained in voluntary work. Their enthusiasm and energy must be taken advantage of to get us out of the current crises. Sudan is one of the countries that was buzzing with political parties calling against the tyrannical regime of Omar al-Bashir, but after his fall, they retreated and began offering their agendas to secure their position in the transitional government and elected government. The parties and the transitional government must agree on reforms and cooperate with youth and resistance committees, in order to ensure our exit from these crises that cripple our country – from the economic situation, the Coronavirus pandemic, financial corruption and other crises. 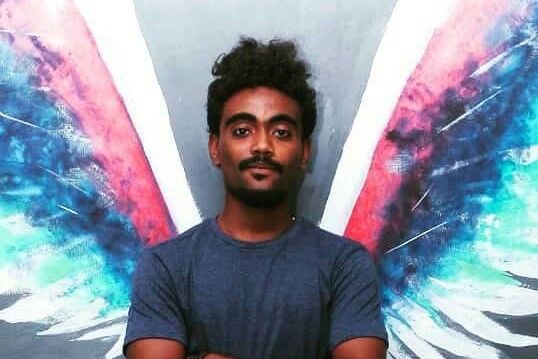