Quarantine in the Village

Photos by the author

A lot of people have expressed how their schedules have been affected by this quarantine. Most of these people however are in urban centers such as Kampala. Life in the village on the other hand is a bit different, in the sense that it’s the same as it has always been. I thought this would be true for just me but after speaking to a couple of friends who have also been quarantined in the village, it seems it is a one size fits all.

Most people's daily activities are work at the office or going to school. In the village these activities entail milking the cows, cooking, gardening, fetching water, looking for firewood, praying together and going to sleep. Back here this did not change- at least not in the same way as in urban centers. At home in Rutooma village in Sheema district we go to the garden daily, and for some reason there is always work to be done in the garden. It may be weeding or planting something new or, my personal favorite; making small sand hills for potatoes (amahambira- this has taken a toll). A friend in Kiruhura tells me they wake up at 5 AM to milk the cows and the fact that she has an office job back in Kampala is inconsequential. Some friends studying at Makerere University wish they had stayed in Kampala; apparently the chores might get them before the virus does. One of them who is currently in Bushenyi said, “I don't get it when those in Kampala say they are bored. I don't get to be bored because here the chores seem unending”. Looks like Christmas came early, because most people will agree that chores during Christmas time in the village can in fact drain you. But that is normal life in the village as there isn't time for small luxuries like sitting around and doing nothing, just when you think your chores are done, believe me, your guardians will be ready with more. 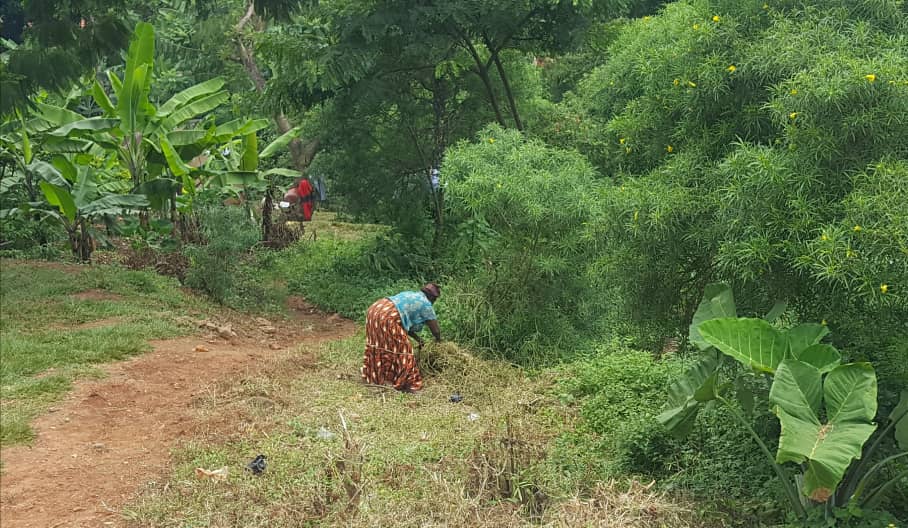 Work in the gardens never ends.

For a couple of weeks now the lockdown has been at 7 PM. A friend in Kampala told me she has had to run from LDU's on several occasions when returning home from work at the supermarket in Kisaasi. Back here we are all set at home by 7 PM for supper, which is preceded by family prayer time and then we go to bed as soon as it is dark. We usually come from the garden around 3 PM, cook food for both lunch and supper and do some light chores like washing a mound of utensils. So, by 3 or 4 PM most people are home in the villages. And besides, a lot of homes in the village still don't have electricity so everything has to be done by sundown. We remain unfazed by the lockdown time. 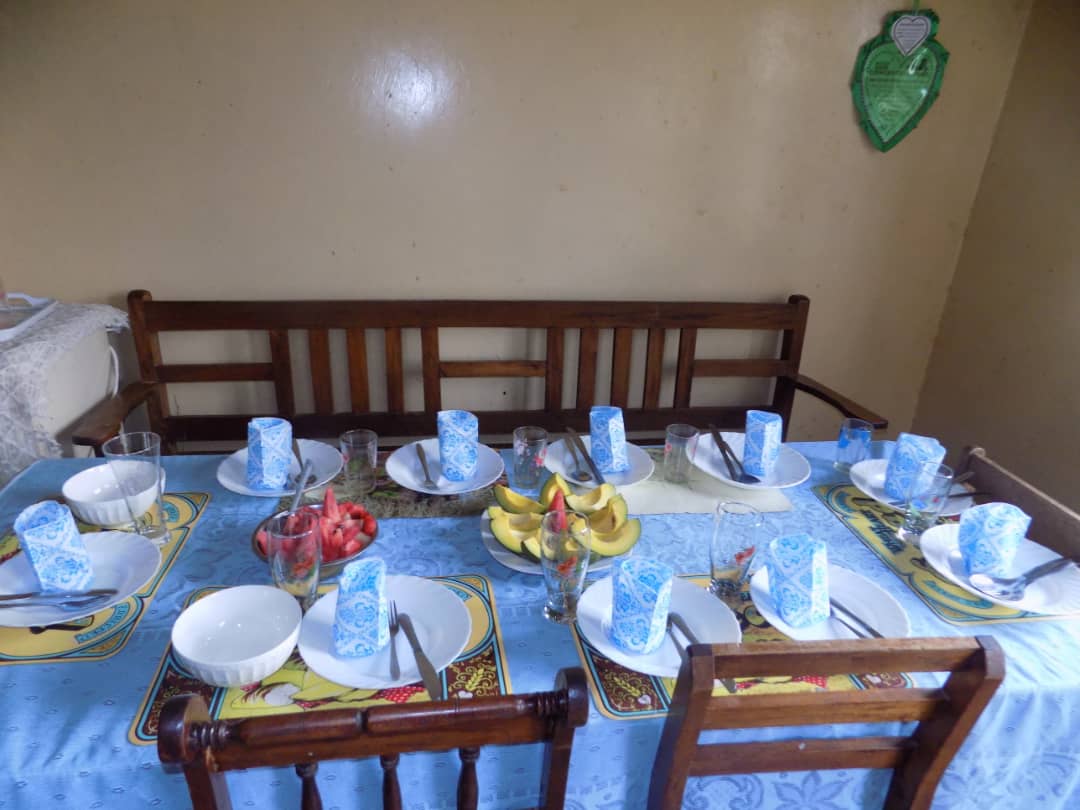 The streets of Kampala seem to be filled with people walking. A friend in Ntinda said "while cars essentially reduced on the streets, people walking, jogging and boda bodas have assumed full usage of the streets." In my village, the streets are pretty empty. There is little to no cars or boda bodas, a few cyclists and even fewer people walking or jogging. My walks are usually on Sunday when the chores have let up, because while we don't go to church, we still respect Sunday as the day of rest. But the streets are usually as deserted as on Christmas afternoon when everyone is feasting at home. 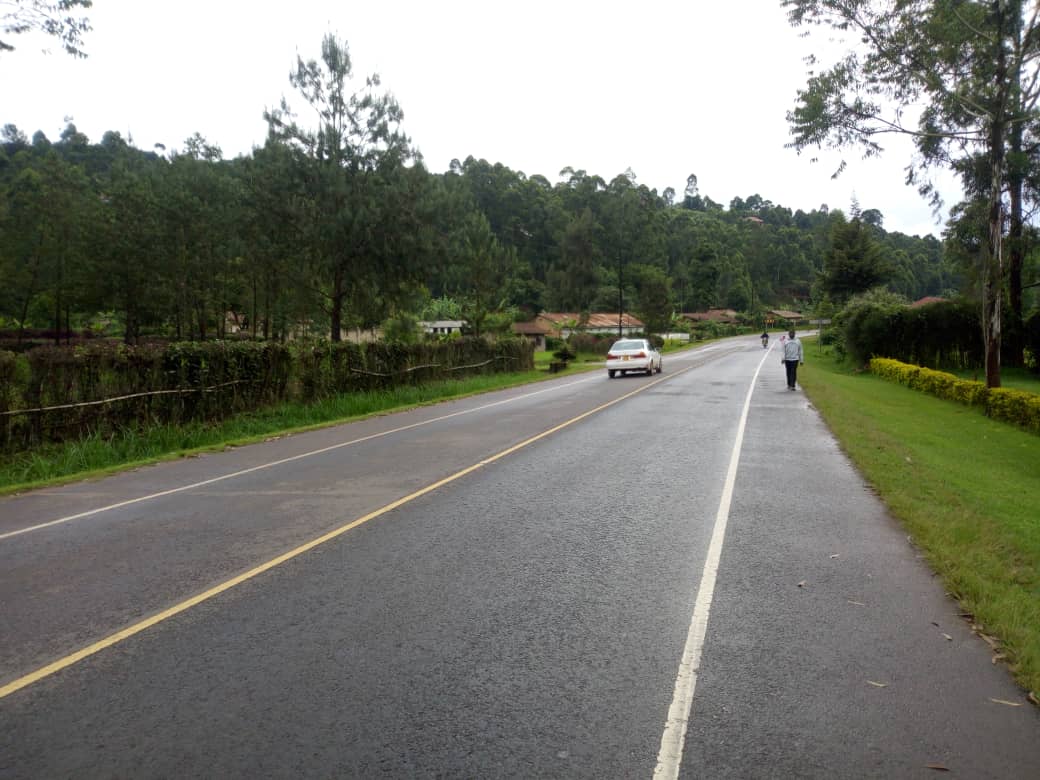 Highway from Mbarara to Bushenyi through Kabwohe town. The streets have been this empty for weeks

Most towns in Kampala have become ghost towns. My friends sent through a couple of photos from different towns where doors have padlocks on. We don't have that here. While the streets are empty even in the town, the shops are open. A friend of mine in Ishaka told me the town is operating the same. Shops are open because most shops are attached to people's homes. A couple of shops are closed, like hardware and bookshops, but a lot of shops in the 'centers' are retail and wholesale shops of generic goods like food. There is of course less noise due to less people hoping from shop to shop, but the shops are very much in business.

My friends have told me that they stay awake till 4 AM watching and using the internet because why wouldn't you do that if you can. Well, back here we can't. The network in the village is to be found on top of a tree which you really can't be climbing in the deep darkness of the night. In fact, to go online I have had to walk 2 kilometers to enjoy some good old internet surfing. So, at night instead of television or the internet we read. With a few paraffin lamps, some night reading in soft light is possible. It’s all pretty romantic, but of course straining to the eyes. When the moon is up, it is absolute magic. Since there is no electric light around us, when the moon is full and bright, we can see the shops in the town center because everything is clear and quiet. The wind blows so gently and we can even hear the trees swaying to it. Such nights make me appreciate the village, because while I have enjoyed full moon nights in Kampala, it is just not as celestial and retro as it should be. 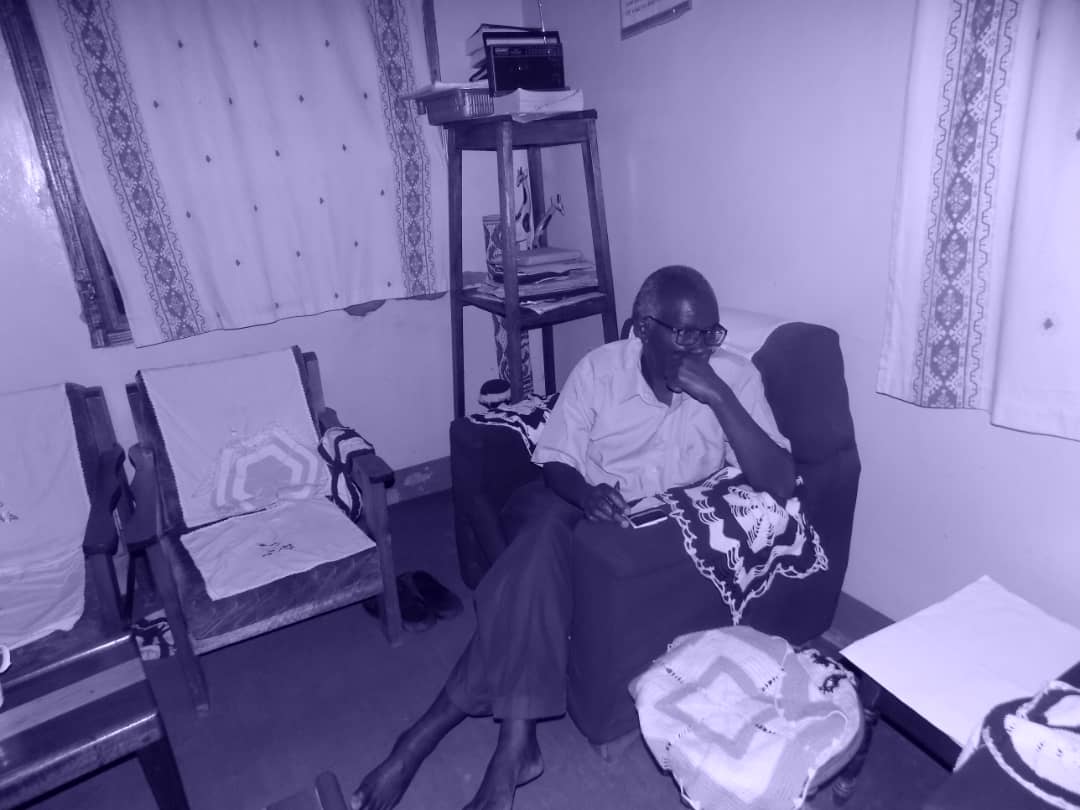 The author's grandfather before telling her a war story

Chores might be nerve racking at times but being quarantined in the village has been quite amazing. At home it is a full house which keeps the laughter going and the conversations flowing. I have especially enjoyed the stories of war. Apparently, the streets were just as empty back then and the fear of approaching doom just the same. Whenever we hear of the numbers of infected increasing on the radio, I can always see my grandfather growing a bit more melancholic like the situation has some eerie resemblance to something he has been through. Nonetheless life has been as it usually is whenever we would go to the village. The sceneries are just as fascinating. There is a big well near us surrounded by trees that makes one feel so peaceful, the air is fresh and the birds make the best tunes. As a lover of the sky I'm glad I get to actually see it in the village. There aren't flats near us so the sky is pretty exposed. The sunsets and sunrises are dramatic enough to make anyone’s heart full. Reflecting on weeks of quarantine in the village I’m left feeling tired yet refreshed.