On the 30th of March 2020, HE President Yoweri Kaguta Museveni imposed a 14-day partial lock-down in a bid to stem the spread of the deadly Corona-virus. The country had registered 33 cases which have eventually increased to 54 with 4 cases recovering. He further extended the lock-down a few more times until things eased up a little by June 2nd onwards. The lock-down and its extensions maintained all initial directives including people’s movement, movement of public and private vehicles, closure of borders and airports, shopping malls, arcades, hardware shops, lodges, salons, non-food stores, garages. As the saying goes “when two elephants are fighting, the grass suffers the most”, the locals and refugees in Uganda felt the pinch of the partial lock-down by the government as it fights the Corona virus pandemic. With almost of half of the population in Gulu and Adjumani being business people and refugees, we can’t emphasize enough the financial impact of the partial lock-down.

Richard Opoka is a Ugandan boda boda cyclists operating within Gulu town. He says the partial lock-down has greatly affected his daily income of an average of fifty thousand Ugandan shillings. He says he borrowed the motorcycle he is using from an organization which gives out motorcycles to youths and repay the money after at least two years. “I have been forced to send my wife and my four year-old boy to the village because now, I can’t afford to buy food for my family. I am now surviving on carrying people’s luggage’s which is also not a daily business one can rely on” he adds. On the aid provided to some communities he noted “I am disappointed that, the government is only focusing on the vulnerable groups in Wakiso and Kampala as if we don’t eat”. Opoka observes that, he has however learnt one lesson of saving, adding “I think now I have an understanding of savings because if I had saved some money, I would be surviving with my family”. 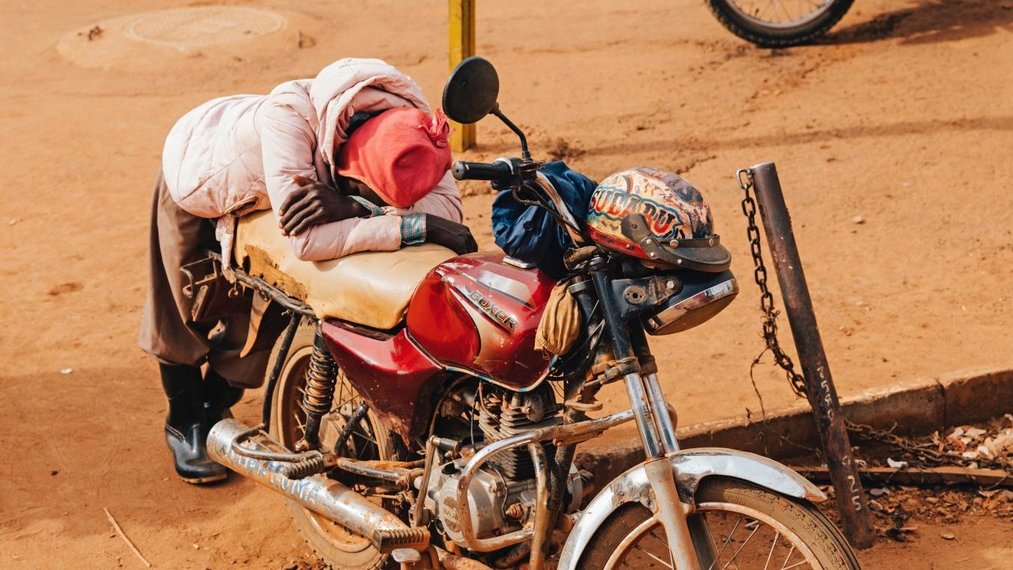 Felix Opio another boda boda cyclist who stages at Layibi trading center in Gulu municipality says, the situation got progressively worse with the several rounds of extensions, and reduction of working hours from 12 hours to 8 hours with operations stopping by 2 PM in the afternoon (later extended to 5 pm). According to Opio, feeding and taking care of the medical bills of his family is so far the biggest challenge he is facing during the partial lock-down. Coupled with other demands for money, his major concern is for his ten year-old daughter who suffers from a recurrent malaria condition which attacks her almost every two weeks. He wonders how he will transport his daughter to the hospital and foot for the bills- which normally ranges from ninety thousand Uganda shillings to one hundred twenty thousand shillings depending on the condition and health facility.

In Gulu district, the COVID-19 Task force headed by the resident district commissioner Major Santo Okot Lapolo on Monday 13th April closed three markets with over 25,000 vendors (mostly women) saying they were not following the guidelines and directives issued by the health ministry and President Yoweri Kaguta Museveni. Alice Auma a silver fish vendor at Cereleno market in Pece Division Gulu municipality says its worse than expected with all her six children back home at a time it was not expected, life is a struggle, she adds. According to Auma, she would get 30-50,000 shillings of profit on a daily basis from the sale of her silver fish and groundnut paste. But it’s now a mystery especially after the market was closed by authorities in Gulu district. “We had agreed as vendors to sell in shifts, but to make matters worse, my stock has all been locked out at the market leaving me with nothing to sell even from home as it would be the case” she adds.

Christine Achirocan a vendor at Layibi railway market has been forced to erect a temporary stool in front of her house where she sells items now. She notes that much as the sale is not as good as in the market, at least she is getting some money to feed her family. She explains “my husband was a boda boda cyclist, but ever since the lock-down he’s home, leaving all the burden of feeding the family on me”.

Is the case any different for the refugees?

Florence Ayikoru is a South Sudanese refugee living in Agojo refugee settlement camp in Adjumani district. She says she feels the pinch of the ban on public transport (partially lifted on June 2nd 2020) the most because she can’t move to the stone quarry site where she works for construction and gets extra money to supplement the food rations given by humanitarian agencies. According to Ayikoru, they get 12 kilograms of maize or sorghum and 2 kilograms of beans for the whole month which she says is not enough. “We used to go to the quarry sites to quarry stones and on our way back we collect firewood for sale to supplement the food rations given by the agencies but now with the ban especially on transport, we have resorted to eating just once a day so that food rations are enough for the whole month”. She wants the agencies to increase the food rations -especially maize- from twelve to fifteen kilograms and beans to five kilograms so that they can eat properly.

Ater Garang Ater another refugee from Pagirinya refugee camp also in Adjumani says: surprisingly, the amount of food rations has been reduced. Maize or sorghum has been cut from twelve kilograms to just eight and beans from two kilograms to just one and a third kilograms for the whole month and yet they have many family members. Garang says, he used to make some money as a mechanic in Adjumani town but with the ban on public and private transport, and also the closure of garages, life has never been the same. He described his dilemma “currently I am not getting money because there are no vehicles coming through, even when they do come, our garages are not allowed to operate”. If I am to travel to Adjumani town from Maaji refugee camp where my other family members are, it is more than 100 km meaning I can’t foot there”. According to Garang, agencies should re-think the decision to reduce food rations of refugees because, it’s the only way they are currently feeding themselves. 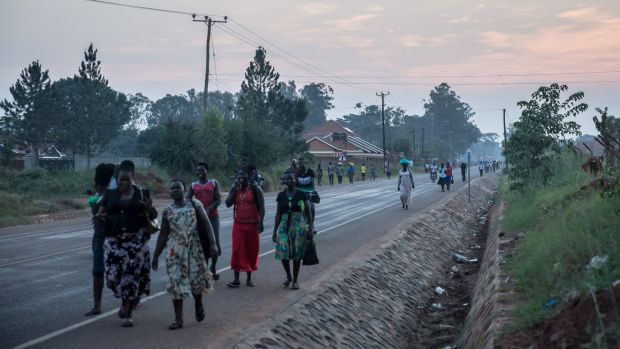 Lydia Wamala Uganda’s World Food Program spokesperson said WFP is faced with significant funding shortfall for its refugees response this year. She noted “we have a gap of US$137 million against the total needs of US$219 million in order to remain at full ration through 2020. We are in constant dialogue with donors on how best to support refugees given that humanitarian assistance plays a critical role in the success of Uganda’s refugee policy”. Wamala notes that “the countrywide restrictions on movement imposed by the government to stem the spread of the COVID-19, will possibly reduce farming, working or business by refugees trying to fill the gap caused by the cuts. Refugees therefore may be at greater risk of malnutrition”. Adding “where there are food shortages, refugees often resort to desperate measures to feed themselves and their families. In addition to increased levels of malnutrition, it is possible that incidents of domestic violence will increase and some refugees may turn to negative coping mechanisms such as survival sex just to put enough food on the table. Furthermore, young girls may be forced into early marriage and children forced to drop out of school to help their families survive.”

Uganda currently has 686 confirmed cases, recording 161 recoveries ever since the first case was reported in the country. Now, with the reduction of food rations by 30% for refugees in Uganda by WFP, the community is already seeing negative impacts especially in terms of nutrition. Similarly, the restriction of public and private transport means results in restricted and costly mobility and the refugees can’t supplement the now reduced food and financial support. For Ugandans, survival isn’t easy especially those in the informal sector with most men relinquishing the burden of feeding the family to their wives. This means there’s urgent need for support from the government either in terms of food relief or relaxing some of the conditions in the lock-down further so that people can find ways of supporting themselves while observing the issued guidelines and directives. Clearly, people are struggling to cope up with life under partial lock-down and yet they hope and pray that the situation gets better sooner than later so that they resume normal life.