The documentary film “Beats of the Antonov” by Sudanese filmmaker Hajooj Kuka had an excellent year full of success and recognition. A two years arduous process birthed the feature film set in the Nuba mountain regions of Blue Nile and South Kordofan, as well as in refugee camps in South Sudan.

The film started when director Hajooj Kuka headed to the region for a photojournalism project.  He wanted to document the war and its effects on the communities there, in both videos and photographs. Kuka was faced with the fact that many saw his journey to the war-torn region as a solidarity stance with the IDPs and war refugees who lurked between rebel-held areas and government-held areas, waiting for Godot in the form of a military victory from the SPLM-N or even a revolution in faraway Khartoum. 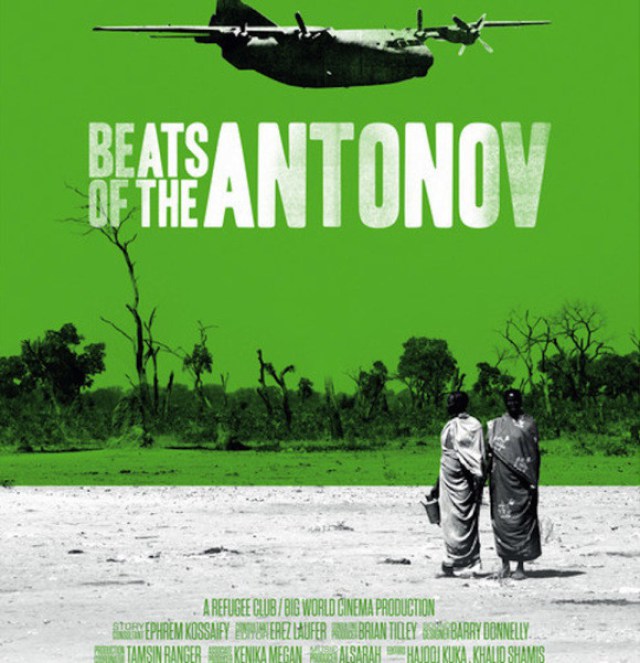 The idea for the film came spontaneously, Kuka recalls the day vividly;

“when I arrived in Maban, I was living under Antonov bombing, but still agreed to go to a wedding with some people from the camp. There was great music there. Then I was taken to another place where two bands were competing and the audience decided which song was better by dancing more to it. The music was produced by drums, Rababa and other locally made instruments.  From there, my friends took me to another place where there was Sufi music. At the end of the day, I went to sleep with the music still on in different areas of the camp. It hit me that there is a lot of music and different beats here making people happy. I wondered what if Khartoum was like that; if only people got together the way they did in this camp- which brought together tribes that never lived together and each group had its own music. This is how the Sudan I want should be.”

After that trip, Kuka traveled to Juba and 'Almarai', sans-serif !important to begin planning for the film. He pondered on the topics of identity, war and music and delved into research, reading papers and books tackling the Sudanese identity question. This led to a more personal soul-searching exercise and questions of the various cultural norms that crisscross Sudan and its communities. From there, he traveled with musician Al-Sarah and stayed for months at a time, filming and conducting interviews in the Blue Nile state, Yosif Kawa camp and the Nuba mountains.

For a war-torn region, the film’s inspiration – the communal musical gatherings – was an unexpected tangent, Kuka commented;

“I’m a visual artist, so starting this film was a personal project for me, but for the people around me it was about showing them the things I saw and the things that made me happy. I wanted them to feel what I was feeling.  It was a combination of showing people what is happening, and especially the great amount of art and music – which is better than any Sudanese music I’ve ever heard!”

Although part of the message was an alluring musical projection, Kuka was aware that the film’s setting showed people suffering through rough periods. From conversations, he deduced that people don’t talk about personal tragedies to one another and a part of them is left in the shadows. This led to frequent breakdowns after people candidly opened up about the war’s impact on their lives during an interview. There was an added psychological toll, whereas people did not easily trust him – a Northerner with a camera- filming them and asking questions that probed into their inner most feelings.

Kuka was conscious of the multifaceted layers of this project and made it a priority to live with the communities he was interviewing and not with the NGOs. His efforts to integrate were necessary to gain the trust of the communities and enable him to move freely to expand the scope of the film. In time he gained more understanding of the different groups and was able to provide them with the right circumstances to open up, he notes:

“some people can’t express themselves the same way as others do; the girls for example wanted to sing not do interviews.”

Kuka also saw stories unfold as he was filming. He recalls one of the stories started when he had to delay an interview with an IDP named Muna;

“when I came back 6 months later, she was visibly more light-skinned after bleaching her skin. The idea behind the interview changed and it now focused on why she bleached her skin.”

Throughout the journey, Kuka unfolded several layers of how people in the two regions and camps feel about the communities in Khartoum. Many wonder why “they” (people in Khartoum) are fighting “them” (people in the Blue Nile and South Kordofan). There is little to no contact between the rest of the country and the Nuba Mountains. Currently, there is one doctor there and he is an American; people ask why doctors and teachers are not coming from the rest of Sudan to help out during the war. Kuka points out that if a hundred people from the so-called “North” visited the Nuba Mountains, it will change many perspectives. People will remain suspicious of each other until more contact takes place. 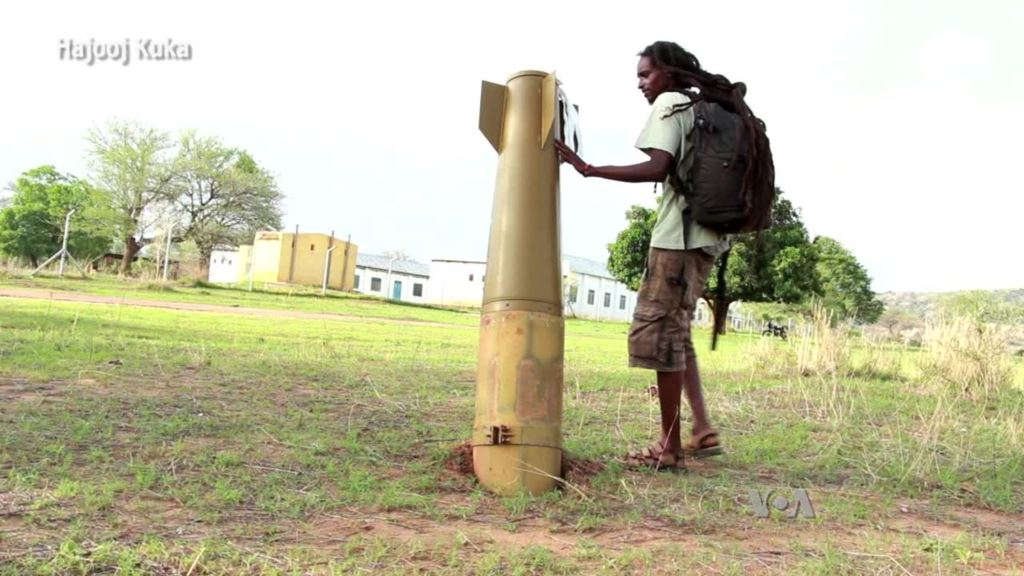 One of the integral messages of the film is reflected in vivid anti-war sentiments. The film clearly depicts the appalling noises the bombs make when they explode and the state of frenzy when the Antonov whirs above. In interviews, people see peace as a prerequisite to development and any semblance of normal life. Kuka reflects:

“I think the film’s anti-war message along with all campaigns work; by showing a video, talking about it, showing that you stand against war; it all works to propagate the message across. In the Nuba Mountains people have heard of what youth movements are doing against the war and some knew that in Khartoum some people are taking stances against the current situation. This goes to show that efforts in the center go a long way.”

When the film was edited into a first cut, it was screened in the camp where some interviews took place. When people saw themselves speak and be part of the story, their feedback was positive.

How this happened was a pure coincidence; Kuka recalled:

“I have a friend of mine, a director whom I’m working with on a project and she received a message from TIFF that a TIFF affiliate is coming to Kenya and wants to meet me as they want to include more films from Africa and the Middle East. The affiliate showed interest in the film’s idea and when I showed her the cut she liked it. This is how I got invited to TIFF to stage Beats of the Antonov’s world premiere!”

The film was discreetly screened in Sudan in the closely knit cinema community, as well as youth and Nuba mountains circles. The director wanted Sudanese people to see this as they were the audience in mind during the making of the film, he added:

“I feel that they are the ones who will react mostly to the identity issues, especially in Khartoum as it is the one place that is an amalgamation of all Sudanese corners and cultures. The solution is in Khartoum and the real issue is in Khartoum and it is where a conversation about identity needs to start. The problem is in Khartoum and it is a problem of resources; how they are being taken away to benefit Khartoum while the peripheries continue to be marginalized. For example, a dam is built in Blue Nile and it gives Khartoum electricity, oil or Gum Arabic is also taken from there and sold to go into the coffers in Khartoum. The people in the Nuba Mountains feel that they are not benefiting and Khartoum is and then there is this silence about this injustice from the people in Khartoum; part of it is lack of knowledge, another is apathy and helplessness. Simply, Khartoum people are the only ones that can change the status quo.”

Hajooj Kuka’s humanitarian mission and visual art skills may provide the seed to propel anti-war messages and campaigns in Sudan and beyond. The humane angles reflected in the film varied in scope; from cultural identity discussions, to languages and musical diversity and social norms surrounding the beauty spectrum. Yet the message was clear, war is depriving and traumatizing the region and its communities, stunting their development and prosperity and thus holding the entire country back as a result. It is glaringly apparent that peace is dependent on cultural inclusion in the diverse mosaic makeup of Sudan and this responsibility befalls the individuals that this film and other initiatives have made aware of the effects of this war on the landscape, psyche and unity of Sudan. 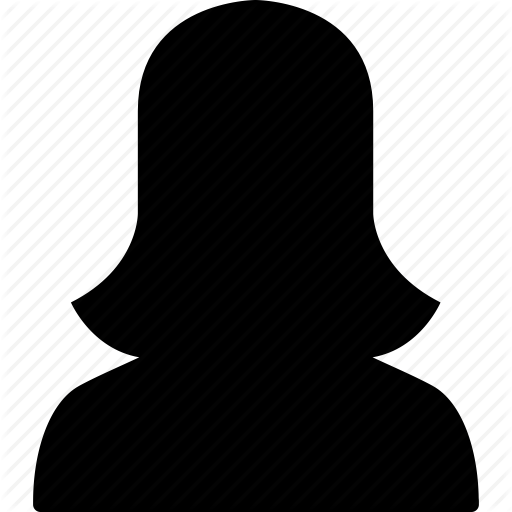 Landscape Photographer Osman Bakhiet is a landscape photographer, global nomad, sustainability enthusiast, and aspiring entrepreneur. His photography presents his captivation by nature and wilderness and his captures often exude an air of serenity, splendor, and bliss in adventurous outdoor experiences. He adopted a photographic approach that aspires to show value in untouched landscapes, and exhibit the beauty and pride of countries through their natural landscapes. Osman can be reached at photography.ob@gmail.com