Tororo town, located within the Eastern part of Uganda is a calm, quiet and organized town. It features a beautiful landmark that stands out in the middle of the commercial town that doubles as a business hub near the Ugandan-Kenyan border. The gigantic dormant volcanic Tororo rock proudly stands in the middle of the town, beckoning first time visitors from any corner of the town from where it is visible.

Standing at an elevation of 1,483m, the Tororo rock is a rock formation that sits as the defining feature of the town. It is also known as the ‘’Usuku rock’’ by the locals. For six years, having studied in one of the prominent schools (Tororo Girl’s School) in this commercial district (Tororo district), I always wondered what it would be like to hike this famous rock. Many years later, I set out with a bunch of friends on an adventure to conquer the Tororo rock.

David Apiong, a local leader in the area revealed that the Tororo rock is a historical rock, the second tallest volcanic plug in the whole of Africa; the first being in Nigeria with the third in South Africa. The Tororo rock is a famous tourist attraction, climbed around the hour by tourists- Ugandans and foreigners alike. With vast vegetation, there are limitless opportunities for bird watching as you enjoy a healthy walk in nature and sweat it out on the steep hike. 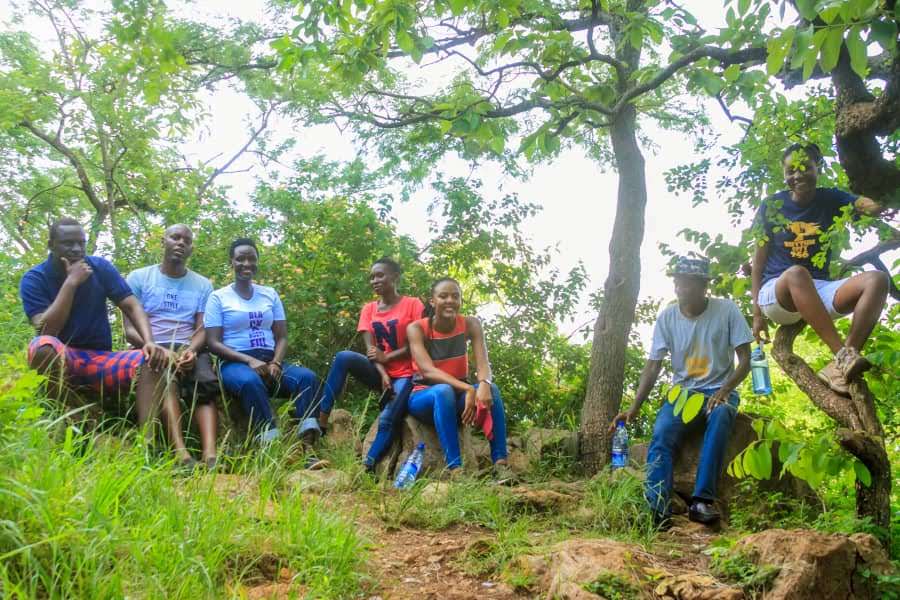 Our team of 11 set out one day in May to embark on a hike of this famous rock. Our rendezvous started in Kampala as we braved the traffic and travelled 4-5 hours to Tororo district. The district lies approximately 208 kilometres by road, east of Kampala, Uganda’s Capital and largest city. By 3:30 PM, we were entering Tororo town. Our team was split up into two teams, the team joining in from the neighbouring district of Mbale and the team coming from Kampala.

We arrived first at the tourism office, located in the Senior Quarters, close to the sports club and the golf course managed by Majestic Tours and Travels. Majestic Tours and Travels mapped out a clear trail that can comfortably be followed by hikers. At the starting point on your way to the trail, a large cave with a litany of memento inscriptions of visitors who have set foot on this trail is visible, one of the markings that stands out reads “I was here, Derrick,1964’’ an indication that people have been hiking the rock for more than 50 years. Now more inscriptions are laid out visibly, some, marked out in chalk and others in graffiti paint. 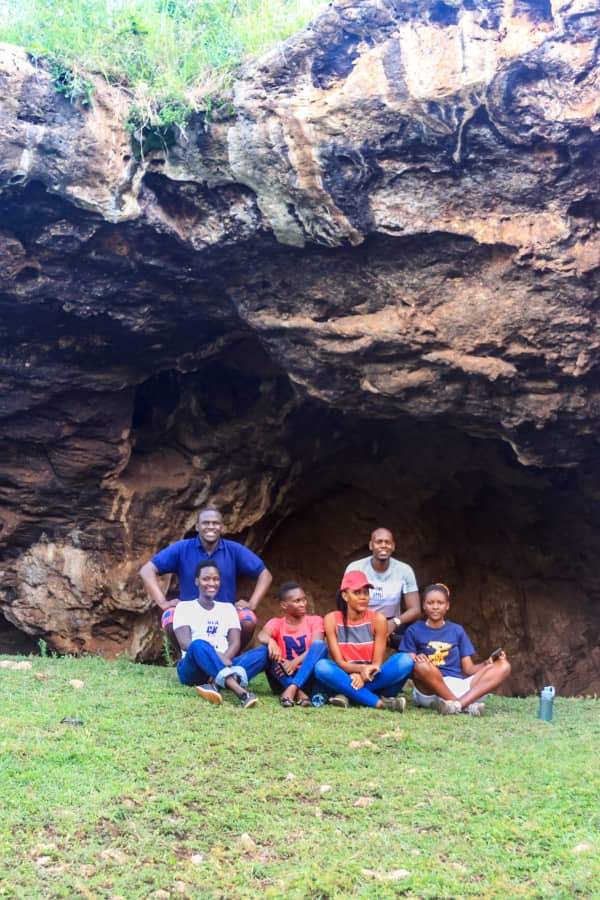 At this point, we are all visibly excited and cannot help hiding our anticipation at whatever lies ahead, we decide to utilize every moment of our hike by taking pictures and posing at every point, this being greatly inspired by the amazing photographer and friend Kenneth Watsala joining us on the hike.

The trail, starts out smooth and gentle but as we keep on ascending, it gets narrower and steeper. Our guide, Samson Okello, was gentle and supportive and advised us to take our time and not rush it out as we need to save as much energy as possible by not burning out too fast. He has also carried packets of glucose, water and soda for whoever will burn out along the trail and needs revamping. The trail then goes higher and deeper, with very beautiful flora and fauna visibly creeping out of the rocks and bushes. Due to very high canopy trees, it is quiet hard to see beyond the trail now except for the route leading forwards but as we keep on climbing higher and higher, the trail clears up to make the surroundings more visible. Unlike during our previous hike at the Wanale Ridge, there were no settlements or any human activity close by. 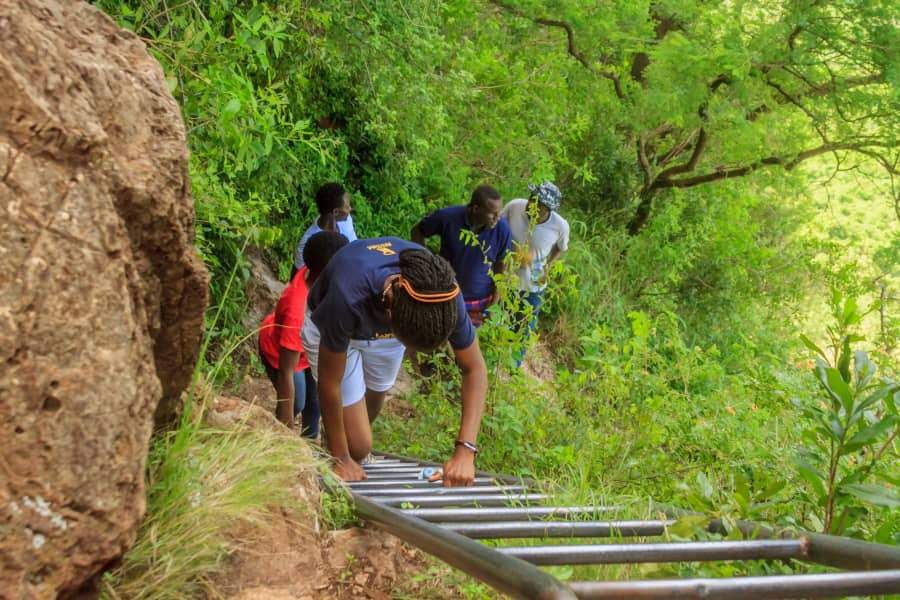 After climbing for close to an hour, everyone is now visibly sweating and panting and most people cannot keep hiking any more. At this point, we beg our guide to let us take a breather and rest it out as most of the team is already emptying out their water from the drinking bottles with some people pouring it over their heads to cool down from the hike. There are no resting points along the trail so we had to improvise by sitting on rocks and climbing short tree branches, this rest lasted about 30 minutes and then we were back to climbing again.

We continued climbing for about an hour and a half with the hardest part of the hike upon us, as we had to climb more than six different sets of metallic ladders, laid out on the trail to get to the middle of the hike. This proved to be the hardest part, because some of the people in the team were visibly scared and could not, at first, willingly climb up the ladders, which prompted a lot of convincing from the others. The hike had by then gotten much harder. However, in between climbing the ladders which connect from below to the upper ascent of the rock, we saw the beginning of beautiful scenery. This was close to the top, where the rock was standing above ground level and the horizon stretched with expanses of the town stretching below our feet. 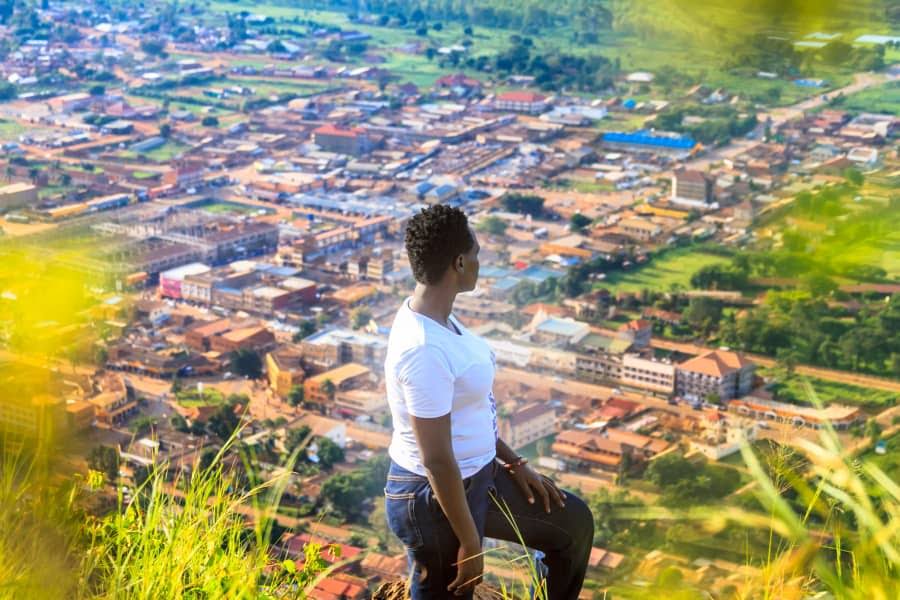 For most on the team, this was their very first experience hiking and they could not help but marvel at such amazing splendour. “I want to stay here forever and just watch the world pass by at my feet ‘’ overwhelmingly confessed my hiking buddy Belinda. Several escarpments were now visible with a lot of wild green spread out on the slopes of the rock for miles around us and above us. We kept looking up as a reference point to see how further up we had to keep climbing but we were mostly comforted by how far from the bottom we had climbed to reach up here.

We continue to hike another hour and then finally reached the top of the rock. There, we were blown away by the view from the top of Tororo town below, from the houses, farms to the large golf course. We spent close to two hours taking in the beautiful sights and photographs before descending down. Josh Muhumuza, a doctor by profession could not hide his excitement after the hike and revealed that it was an experience, a story to tell, a mixture of fun and adrenaline.

The rock is best hiked during the dry months of the year as the rainy seasons would make it hard to climb due to the very steep nature of the trail. 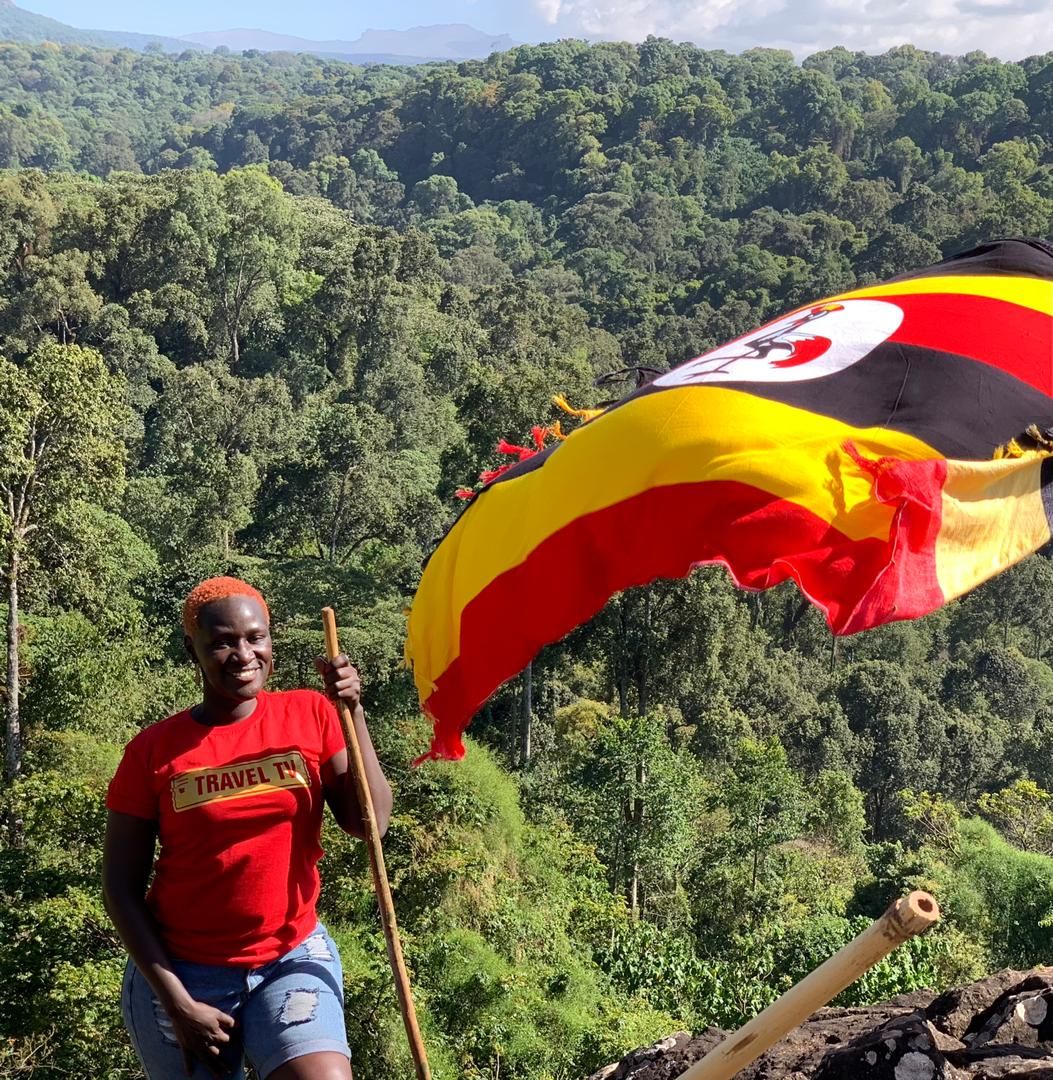