Desert Wanderer: Along the Atbara River

Every time I venture into a new part of Sudan, I am taken aback by the vastness and diversity of this country. It is sobering to see life outside the bubble that is Khartoum. This time curiosity took me towards the upper Atbara River. Starting through the very familiar road from Khartoum to the town of Atbara, the sight of blown up tires littered the sides of the narrow road – a reminder that how this desert environment can be harsh and unforgiving.

After reaching Atbara, we left the familiar tarmac road and ventured off on dirt tracks, passing droves of ghost towns built to compensate Manasir people for their displacement from Merowe. The houses and dry irrigation canals stood as a haunting reminder of the government’s blatant failure to provide any sort of adequate consultation, or come up with acceptable solutions that could have been far less costly than this current wasteland. 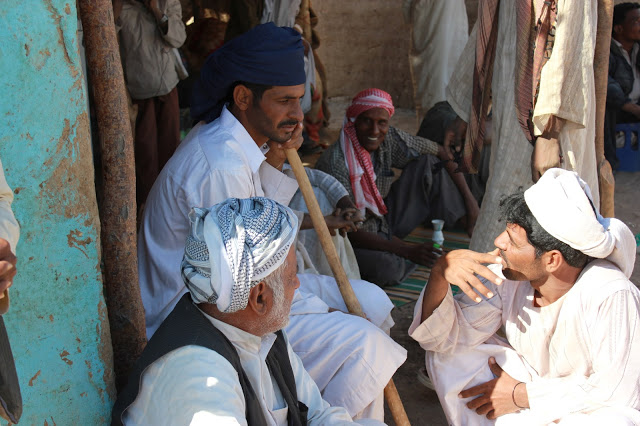 We drove in parallel with the Atbara River, which extends through the River Nile and Kassala states and beyond the border over to Ethiopia and Eritrea. Across the border it’s referred to as the Tekeze River. The road (or lack there off) consisted of tracks laid by the occasional lorry or pickup truck before us. Driving across endless dunes patched up with the occasional protrusion of Acacia trees, I realized that the horizon is much closer that I had initially thought. It seemed as if our car could potentially fall off the face of the earth beyond the coming sand dune. Despite the serenity of the landscape, I found myself wondering how anyone could survive in such a callous environment.

Most inhabitants in this area are nomadic; tending to their livestock along historic predestinated routes. For centuries they managed to forge a living through lucrative camel trading in relative peace.

To take advantage of the cooler weather, our trips usually started between 5 and 6 AM, before sunrise. In the early mornings we had the pleasure of witnessing impromptu camel races. Young boys, probably no older than 10 years old, mounted on the backs of sturdy camels, galloping across the flat landscape with ferocious clouds of dust trailing behind them. These boys are training these camels for their debuts in races that take place in Kassala State. From there the best of the best are sold at rates of US$10,000 and upwards. These camels are taken to the Arabian Peninsula, mostly UAE- to bigger races and camel breeders. Not long ago, many of these young boys would also be sold with the camels as their small body frames make for excellent jockeys. Their plight came to light when several sources began highlighting undocumented abuses in these Gulf States, where they abused and then discarded them like objects once they have outgrown their desired size and weight. 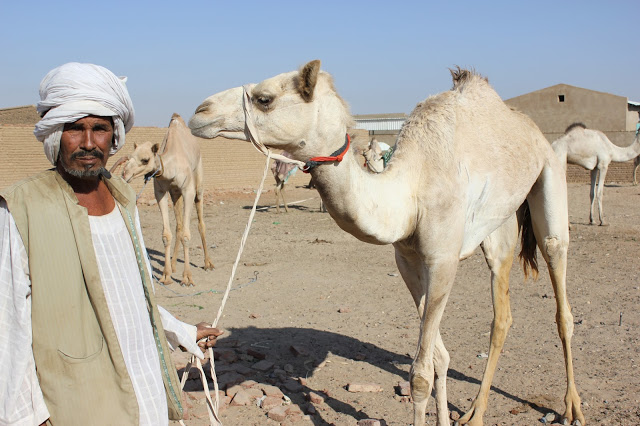 These days, this desert solitude has been abruptly disturbed by the discovery of large deposits of gold. As a result, there has been a modern day gold rush to these desolate dunes. At the occasional haphazard rest stop and fueling station (usually consisting of several large jerry-cans of petrol), I was surprised to find young boys and men not exceeding the age of 30 from all across Sudan. These men have left their respective corners of the country and made their way to this desert, with the prospects of finding small nuggets of gold through the arduous process of breaking up sand and rock formations and sifting through under the intensely painful sun. In talking with some of them, it was interesting to see the mix of tribes, and socio-economic backgrounds represented. It ranged from those who have lost most of their livestock, to those whose families could not support the high cost of subsistence agriculture and university educated men who have long lost hope on the prospects of finding employment. In all, their stories were tied with the same somber tone of desperation. It was eye-opening to see the extents that these young men will go in order to earn an income.

After several days in these regions of the country, it was evident that these communities have been completely forgotten by the central government and they in turn have little faith in such an institution for providing them any semblance of basic services. They definitely feel the impacts of climate change and variability. Clans that once boasted herds in the tens of thousands are now lucky to retain a handful for basic subsistence. The irony of the situation was palpable. Sudan as a nation is one of the largest exporters of livestock on the continent, yet those who labor in rearing these herds reap little benefits. 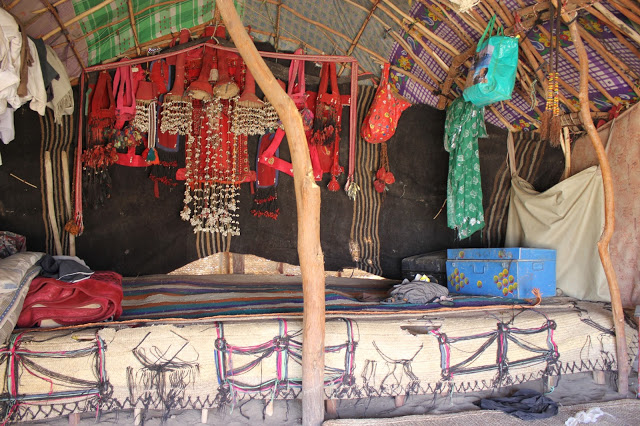 We marked the end of our trip, exhausted and covered in a healthy layer of fine dust and sand. As we approached the outskirts of Khartoum, the distinct flames of the Al Gaili Oil Refinery blew in the distance- with it came lights and more densely populated communities. Entering the city of Khartoum, I was left in a daze trying to reconcile the course of the previous days. I thought of the environment that had been introduced and the car-infested streets of Khartoum; where drivers, lacking patience went about trying to burrow themselves into tiny holes within the traffic gridlock. Recounting the pleasant conversations had over freshly brewed jabana (coffee) and contrasting it with the impatient horns of Khartoumites, it was difficult to grasp that these communities existed on the same continent.

Appreciative of the diversity that makes up this country, I wish it was a bit more celebrated rather than being used as divisive tool to serve political agendas. 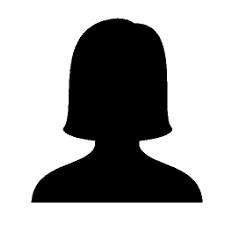