On the 31st of March this year, Gulu’s silent streets were broken with noise coming from residents banging jerry cans, basins and other loud objects from homestead to homestead cursing the demon Coronavirus (COVID-19) to go away. Many Christians questioned their wisdom and knowledge of science if this cultural practice can help keep Coronavirus (COVID-19) away. Likewise, the Ministry of health and President Yoweri Kaguta Museveni also criticized that act saying it misleads the public and increases the risk of contracting the disease by giving false hope to locals who occupy the greater part of Northern Uganda.

Solomon Oyat Oketta the Prime Minister of Koch Chiefdom in Nwoya district, says “Ryemo Gemo is a practice that has been practiced since time immemorial, where elders in consultation with the cultural leaders mobilize every homestead to prepare with the calabashes, animal hides and skin, containers, saucepans and any other item that can make loud noise. People would then begin to bang these items at home at a particular time and day, with hope of tormenting & chasing a “bad” situation imagined as a bad spirit or curse which brings such things such as the pandemic." Oketta says historically, this act was performed when measles, chickenpox, smallpox and syphilis epidemics were experienced for the first time. According to Oketta, diseases like chickenpox were named “Gwok iguda” meaning don’t touch me, which became popular after the cultural leaders advised the patients to not touch each other to avoid the spread of the disease. According to Oketta, “Ryemo Gemo” is normally practiced when the community is threatened by a looming pandemic attack. He also notes that various tribes in Africa perceive and practice “Ryemo gemo” in a variety of ways. Adding “in our Acholi society, we believe in the world of the “living dead” and divine spirits as well as evil spirits. These beliefs play a great role in shaping the values of the community.” 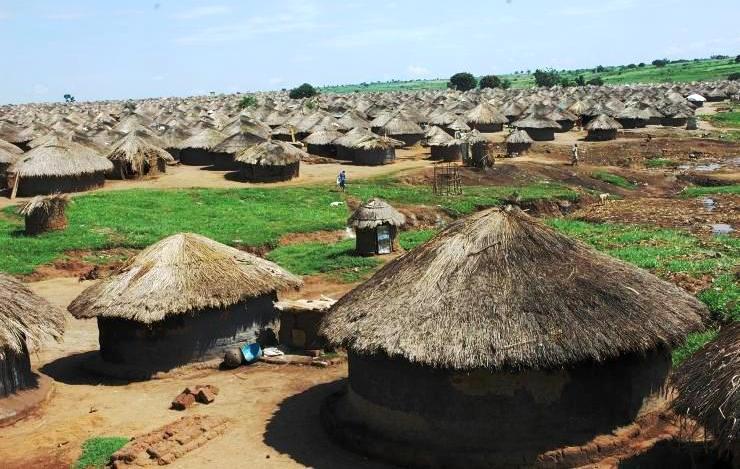 William Okidi an elder based in London (UK) says the Acholi logic of “Ryemo Gemo” during pandemics is in its belief, wisdom, and logic tested over centuries. The African Wisdom in “Ryemo Gemo” is that in the face of any pandemic, banging items mobilizes awareness of the community about the pandemic, and reminds elders of every home to prepare for this pandemic. Every homestead gets to know what the reasons are for the loud banging and what is being cursed. This information automatically prioritizes the pandemic & understanding it.

The “stay at home” campaign rolled out by President Museveni at the height of the pandemic was no different from the practice of “Gwok Iguda”; literally meaning don’t touch me. By staying at home, you limit contact with the community in the face of the pandemic, which decreases infection prevalence. This has been successful in the past to curb diseases that are spread by close contact and touch. Patrick Obalo a resident of Layibi central sub-ward of the Peace division in Gulu municipality says, from past experiences, “Ryemo Gemo” worked. He thinks the chances of the disease attacking the Acholi is minimal given the sensitization level of locals about social distancing among other guidelines directed by the government and other stakeholders. He adds “there are certain scenarios which need cultural and spiritual intervention. For example, look at the first two weeks when people performed “Ryemo Gemo” we didn’t experience any sunshine as it was advised by the spirits.” Lilly Adong Nwoya district woman Member of Parliament says “Ryemo Gemo” is exorcism which is practiced world over in different ways. She adds “all religions practiced today are from a culture which has its origin somewhere. The Christians practice exorcism in Churches for example through Baptism, speaking in tongues, and prayers to chase demons. All the intersessions in Churches are forms of exorcism. Who doesn’t know that Africans are notoriously religious in all aspects? That's why we even pray to stop the spirit of corruption from ravaging our land. How many national prayers have been organized and by who? That would be prayers of “Ryemo Gemo me corruption i Uganda” meaning exorcism to fight and chase corruption in Uganda.” 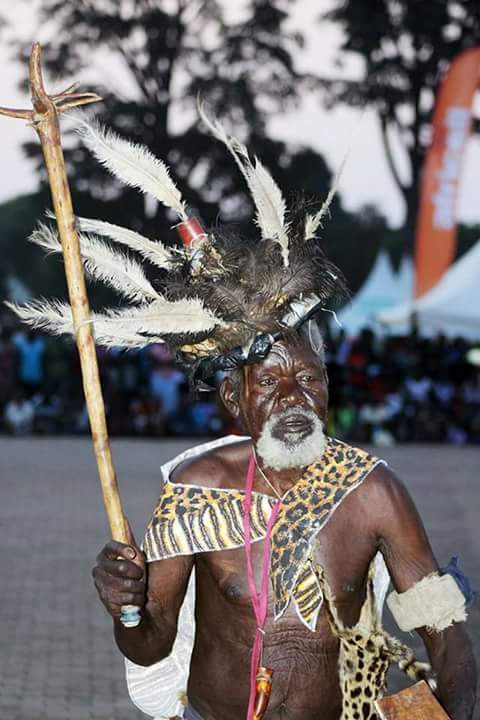 Elders are respected and carry traditions to save the community from epidemics and pandemics. Photo via ghafla.com

Adong observes that the community organizes “Ryemo Gemo” by starting the banging noise from East to West, normally after pronouncements by the Chief with some strict rules of punishment for failure to follow. Adong adds, “in one Chiefdom, people were instructed to not move out of homes for two days, not even to go to their gardens, not to drink alcohol, not to eat cold food. With this “COVID-19 Gemo”, what do you expect a traditional chief to do to rally his people to avert the looming “Gemo” (disaster) when the messages all over the TV, radios, and villages are telling people of a looming disaster and to stay home; something that Acholi did from time in memorial”. According to Adong, the chiefs are simply re-echoing the social distancing and stay home directives as guided and directed by the government, but in a traditional African way. They invoked their powers to complement government efforts. It did not involve people gathering for big meetings or going to the chief’s place, but each confirming receiving the message & committing to the directives from their homesteads. Culture is a human right practiced in conformity with Article 2 of Uganda’s constitution. A prejudice is ignorance of the importance of Culture, Adong notes.

Not everyone agrees; Pastor Peter King Mwaka of Revival Worship center, a Gulu-town based church says “people are getting lost from the righteous ways of God”. Mwaka argues that people should pray to God during pandemics, instead of moving around banging items which are “evil”. Quoting from the book of Isaiah 20:26 he says “go my people, enter your rooms and shut the doors behind you, hide yourself for a little while until this wrath has passed by”.

According to the World Health Organization (WHO) there is still no drug that can treat COVID-19 which originated from Wuhan, China in late 2019. It however recommends observing social-distancing as the case of “Gwok Iguda” (don’t touch me) and staying home to minimize infection probability from crowds. Similarly, directives are borrowing from the past experiences of “Ryemo Gemo” which called for the community’s unity to listen to their cultural leaders and elders who have called for everyone to distance, wash regularly and stay home to ease the fight against COVID-19 (Coronavirus).