Corona in a Container – Skin bleaching in a State of Lockdown

Widespread discussions about the disadvantages of skin-whitening creams and their effects on women’s skin, health and psyche due to societal pressure are constantly opposed by society. Sudanese women are subjected to expectations of beauty that contradict and negate a woman's love for herself and her being. This matter has become the prime conversation for many groups, and a widely-practiced habit for girls and women of all ages, occupations and qualifications. This made any mixture inside a container have great popularity – further extending the trade of bleaching creams and profits of those who sell them. The result is a gorgeous face on the outside at the cost of internal turmoil and carcinogens, after toxic elements permeate into one’s tissues and organs. All this to satisfy a psychological need or a societal necessity which has made light colored skin a standard of beauty.

The spread of this phenomenon has been aided by the authorities' disregard of: prepacked mixes, shops and open exhibitions, smuggled cosmetics across the border, and other products whose content and brand are unknown – as there is no approval stamp on them. In addition to other mixtures and chemicals that are marketed without disclosure of accurate and sophisticated chemical components or formulas. Often there is no country of origin on the box of such creams, and on their cover is a picture of an African girl who has acquired white skin. I do not think she formerly pleased her peers, and the inconsistency appears clearly. However, the market does not acknowledge their harmful side-effects; merchants and cosmetic shop owners play the biggest role in spreading them as the main distributors of bleaching creams.1

Given the spread of the Coronavirus, some women have taken advantage of the lockdown state and staying at home without any work or visits, to busy themselves with their bodies and modify them by using bleaching creams for the skin. The problem is that the adverse health effects of this hobby will be exacerbated by the spread of the Coronavirus; as symptoms of the disease may not appear on women and young girls who go to overcrowded markets and mingle with people who could be carriers of the virus. Thus, they themselves become carriers and risk spreading it to their families at home where older women stay. This could increase the number of older people who are especially susceptible to become infected by the virus. 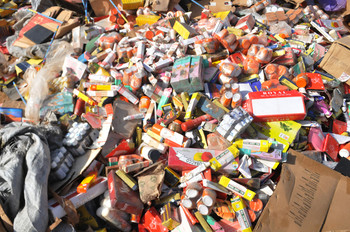 Your Skin is Your Priority and Crown

Hayat Magazine's website referred to warnings by Dr. Aziz Al-Mulla, a professor of Dermatology, Cosmetology and Laser therapy, that after conducting several studies – including a study conducted at the University of Tanta titled "Harms of excessive use of skin-lightening creams" – they found that these creams reduce the secretion of melanin in the skin. Melanin is a pigment that the skin secretes when it is exposed to harmful sun and ultraviolet radiation. To demonstrate its importance, melanin protects the skin from these damaging rays that cause cancer. This study also highlighted that skin-lightening creams may contain chemicals and compounds, including cortisone, which cause severe damage to the body such as kidney disease and liver failure. Also, these whitening creams greatly increase the risk of chronic skin diseases like Vitiligo.

Professor Sameh El Taher, a professor of Plastic and Laser Surgery at Ain Shams University, also warned against using skin lightening creams for long periods of time. That is because these creams are made from a substance that is forbidden in the United States of America due to its dangerous side effects that increase the risk of getting cancer. This substance is called hydroquinone and is used in producing whitening creams at about 2% concentration.

Dr. Sameh Al-Taher further confirmed that hydroquinone may be used in beauty salons in high concentrations to whiten or brighten skin. Many women and girls go to these salons but do not realize how dangerous these whitening creams really are. Based on a study by the University of Assiut titled "The harms of using hydroquinone in skin care and lightening creams" conducted on volunteer patients who used these creams, found that this substance affects the skin with vitiligo and wrinkles in the long run. It also increases the occurrence of black pimples and acne. Hydroquinone, when exposed to sunlight, turns into a toxic substance; therefore, it should be used at night and only on areas with spots or pigmentation as it has carcinogenic effects when used on unaffected skin and may cause cell abnormalities. 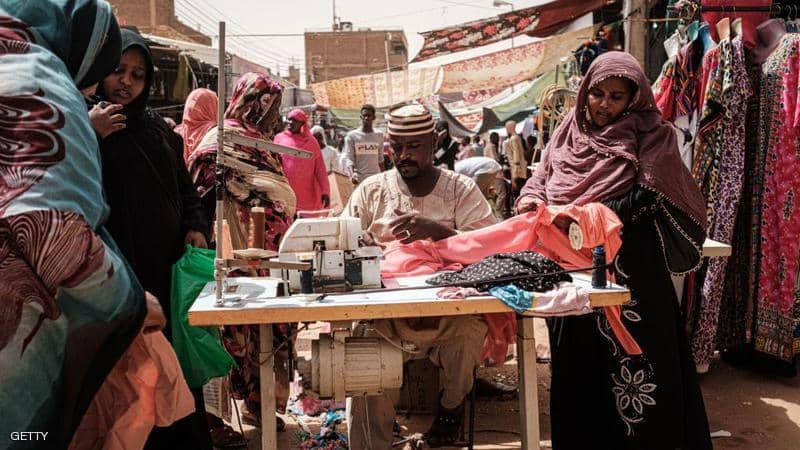 The immune system is one of the body’s necessary systems for survival. Without it, the body becomes vulnerable to attacks by viruses, parasites, bacteria and other diseases. In order to fully understand what the immune system is and how it functions successfully, we can liken it to a defensive army. The function of the immune system is to protect the body from the entrance of foreign invaders, similar to an army responsible for fighting invaders, foreign infiltrators or enemies. In the case of the human body, what is identified as infiltrators or foreign bodies may be: viruses, germs or parasites.

On the other hand, the enemy may originate from inside the body as well. This enemy can attack the body from time to time as if it were hijacking the system – as though they were spies living inside the human body and not as foreign enemies storming from the outside. The function of the immune system is to combat various internal diseases, such as the creation of cancerous cells, for example. A cancerous cell is a distinct cell; it is constantly changing but the immune system must define it as a foreign cell or body. Therefore, its job is to eliminate such cells. Failure of the immune system to remove this enemy at its infancy is evidence that it is not entirely effective and functional. As such, many treatments for cancer diseases today focus on strengthening and building the immune system to get rid of cancer cells. In order for the immune system to carry out this vital task, it must accurately define and distinguish between strange bodies and its own components and soldiers.2

Dr. Yasser Ahmed, a public health specialist, points out that, "the first line of defense, in the face of the emerging coronavirus and in the absence of a cure, is the immune system. Human immunity is our best bet to overcome this virus.” The immune system in the human body consists of an internal immune system which includes all types of immune cells: white cells, lymphocytes, etc. These cells work to combat pathogens inside the human body. The second component of the immune system is external and is represented by the human skin. The skin is a miraculous protective shield that has a major defense function as it works to regulate the temperature of the body’s heat through sweat and constitutes external protection for all the vital human systems. Also, the skin is considered a protective armor for the human being, so to speak.

The human skin consists of several layers and is affected by heat and its external environment like sunrays, etc. Therefore, it must be protected and taken care of in a continuous manner starting from cleaning, bathing and moisturizing with natural moisturizers like oils among others, and the use of approved medical protection like sunscreens and others. However, there is a great risk to dermal health, and this is presented in the incorrect use of cosmetic chemical compounds, especially skin-lightening creams, which are the greatest hazard and threat to healthy skin. God Almighty, when He created the skin, made it with wisdom, and made the skin of every person according to the environment in which he or she lives. Dark skin has benefits in its environment as well as light skin. Any change by bleaching the skin or changing its nature, will impair the health of the skin, which affects the immune system and thus the person becomes vulnerable to many risks and diseases including the Coronavirus.

One of the most dangerous substances used in whitening creams is Mercury, leading to consequent Mercury poisoning. Symptoms of Mercury poisoning include: frenzy, stomatitis and inflamed gums, feeling tired and fatigued and memory loss. It also leads to problems in the kidneys and nervous system. The harmful effects of Mercury in cosmetics are not limited to only the person who uses the product, but its fumes may affect children in the family. This may lead to the destruction of their nervous system and a delay in their mental development, just as it affects people who come into physical contact with it.

With the spread of the Coronavirus (or COVID-19), the strength of the immune system and the overall well-being of the body have become one of the largest concerns of individuals. Maintaining a healthy immune system is essential to strengthening its defense against bacteria, viruses and other pathogens3. Unfortunately, skin whitening creams contribute greatly to weakening the body’s immunity, as the body becomes more prone to infections like the Coronavirus. 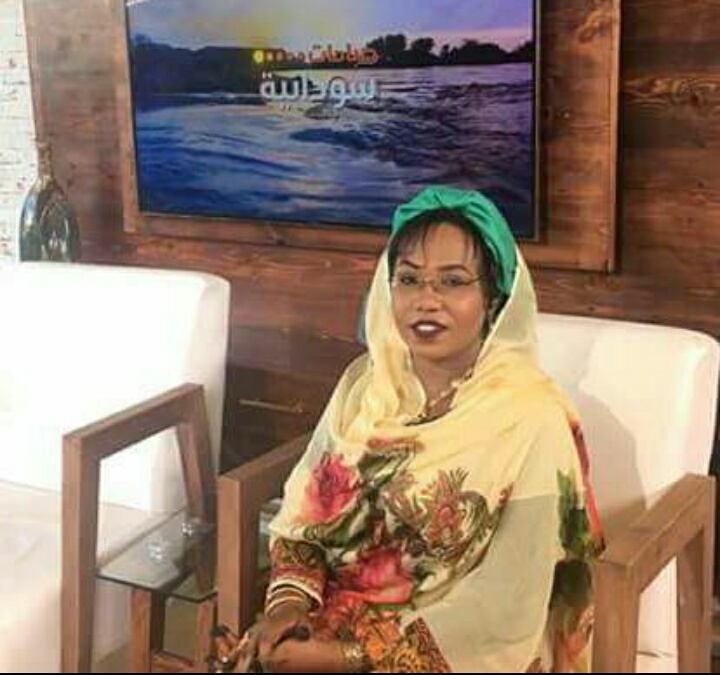 Islam is a Sudanese blogger, a social networking site activist and a human rights activist. She holds a Bachelor of Administrative Sciences, and was awarded the Best Academic Article from the Institute of Tomorrow for an academic article on the use of huge data in improving transport in Sudan.