Are You a Fraud?

If this question makes you squirm rather than perplexes you, you might be one of the many people who suffer from something called “Imposter Syndrome”. Sufferers of this surprisingly common syndrome struggle with the (false) belief that they are “frauds”. They see themselves as less competent than everyone around them, and they are often convinced that any successes or achievements they have made are the result of pure chance. They also constantly fear that they will be “found out” at any moment and be removed from their positions or have their credentials stripped away.

Anybody can suffer from the imposter syndrome: students, teachers, CEOs, team leaders, employees in almost any position, even parents! But, ironically, over-achieving personalities are much more likely to suffer from this perceived fraudulence than the average person. These personalities include perfectionists, “natural geniuses”, fiercely independent individuals, and people who are experts in their fields. Despite the fact that they may actually be more qualified, more hard-working, or more talented than most of the people around them, they are still more likely to be plagued by this syndrome.

Generally speaking, people experience the imposter syndrome because of: 1) the way they perceive others, and 2) the way they perceive themselves. Someone who is susceptible to this syndrome tends to believe that everyone around them is more competent and “knows what they are doing” much more than them. More often than not, this perception is false. The fallacy comes from a failure to realize that we can only perceive others from the outside; meaning, we can only see what they choose to present to the world. We cannot hear their internal dialogue or any self-doubting thoughts they may have, while, at the same time, we are hypercritical and hyper-aware of our own doubts and insecurities. This leads some of us to make the false assumption that other people do not have the same inner experiences we have, and that is why they are more confident and successful. Interestingly, this pattern of thought has its roots in the universal early childhood experience of recognizing how fundamentally different we are from our parents and the world of adults and their abilities, power over others, and strange interests. When
this habit of the mind is carried over into adulthood, it can take the form of the imposter syndrome, because, naturally, once a person has convinced himself that others around him are much more capable, he starts feeling like an imposter who does not deserve to be where he is. 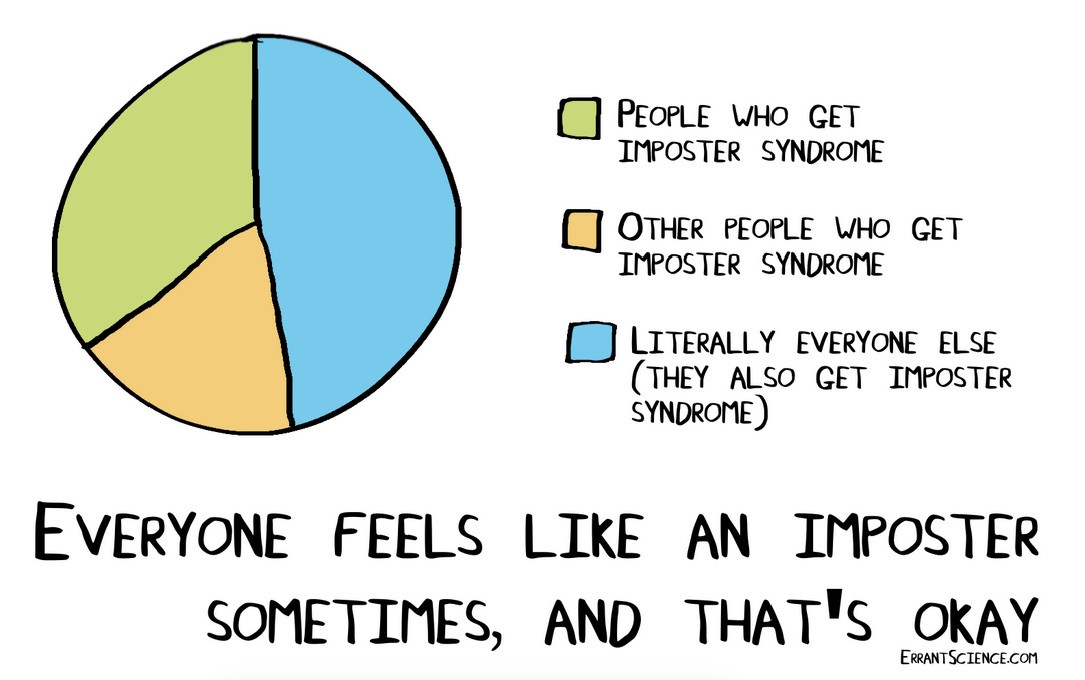 Sufferers of the imposter syndrome also tend to perceive and treat themselves rather harshly. They set very high, often impossible, goals and standards for themselves, they criticize themselves harshly, they are convinced that any achievements they make are a result of sheer luck (rather than their own merit), and they may base all of their personal worth solely on their productivity. They are never satisfied with themselves or their work, and they almost never celebrate their achievements. For instance, perfectionists are never satisfied because their goals are typically impossible to achieve. So-called “geniuses” or people who are heavily praised for above-average intelligence or talent are also never satisfied unless they can solve problems or create masterpieces easily and quickly. If they have to work hard, they actually believe they have failed, even if the results are phenomenally successful! Similarly, a fiercely independent person may consider needing help as failure, and an expert with a Ph.D. in her field may be totally convinced that she “got away with it” or that she does not deserve her degree (despite having had an entire committee of senior academics evaluate her work)!

Many of these unfortunate thought patterns are closely connected in some way to an inner culture of shame and self-deprecation; they come from an underlying belief that we are never “good enough” to deserve success or make significant personal achievements, or that, at least, we are not as good as others. If not dealt with, the imposter syndrome can prevent a person from ever feeling fulfilled in their career and personal life or cause them to live in a near-constant state of anxiety and/or depression. Not only does the imposter syndrome prevent a person from feeling good about their achievements, it often also prevents them from attempting something new or tackling a new challenge, which collectively could result in a lot of unfulfilled potential on an institutional or societal scale. Finally, and just as importantly, sufferers of the imposter syndrome can sometimes be just as harsh on others as they are on themselves, thus causing harm to members of their work team, their students, their subordinates, or even impacting their personal relationships. 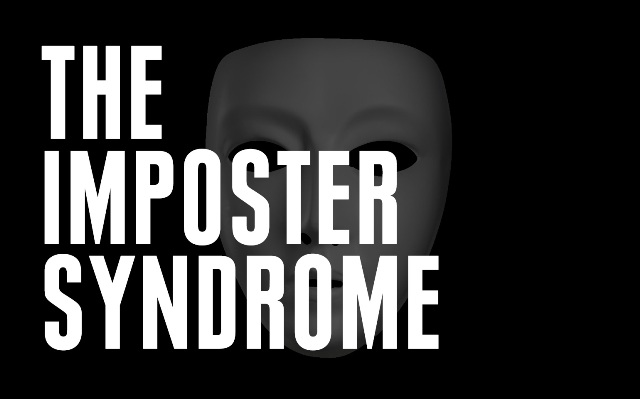 Defeating the imposter syndrome, therefore, requires heightened self-awareness, and it requires the development of new mental habits that counter the existing toxic ones. First and foremost is realizing that, in fact, nobody really knows what they are doing…! Everyone is simply trying, and almost everyone occasionally experiences some self-doubt or anxiety about their performance and capabilities. It is humane. Perfection is not a prerequisite for confidence, and confidence can simply come from a belief in one’s worth, which should be unattached to performance or circumstances. Second is learning to recognize one’s role in one’s own achievements. Sure, luck may have played some role, but it does so also for everyone else who has succeeded in anything, and this does not mean that one’s own role should be diminished or that the achievement is undeserved. Achievements should be celebrated, and one must take the time to note them and allow oneself to internalize them. The third strategy may at first glance seem to be in conflict with the previous one but in fact is not, and that is to focus on providing value and take oneself less seriously. This is a strategy that shifts focus from the internal loops of negative thoughts to the question “am I providing value with my work, and are these thoughts helping me to continue to do so?” It reminds a person that they do not need to be the best in the room, they just need to do their job, and this reminder often leads to much lower anxiety levels. It may also help a person to understand and remember that, in order to be able to do their best, they must in fact take care of their physical and mental health. This in turn would remind the person to be kind to themselves, and celebrate small achievements, set realistic goals, and not overwork themselves or pride themselves on how exhausted they constantly are.

It is incredible how unaware most people are of the imposter syndrome, considering how common it is in places such as academic institutions (among both students and faculty) and competitive corporations. Just like any other mental health issue, it should certainly be recognized as a potentially serious problem – a byproduct of shame that could affect not just the quality of life and performance levels of individuals who suffer from it but also those of their colleagues, their subordinates, or their loved ones.

Maha received her PhD in Marine Science from the King Abdullah University of Science and Technology in Saudi Arabia in 2015. She specializes in coral reef ecology and conservation. She currently teaches a course on climate change at the American University in Cairo. She is also an avid reader with interests in many other disciplines in the sciences and humanities.