Below are some of the women in Rwanda who have inspired me over the years.

A major issue Rwanda faces is access to clean water- in rural and urban areas alike. Those who live in rural areas face issues in water retrieval, such as long distances, purity, and crocodile attacks to name a few. At the age of 20 and equipped with a background in engineering, Christelle Kwizera founded Water Access Rwanda (WARwanda),  a social enterprise to help Rwandans access clean water.

Her objective in creating this social enterprise was to eliminate water scarcity and provide communities with safe and easily accessible water. Today WARwanda supplies clean water to over 132,000 people in and around Rwanda (DRC, Burundi and Uganda). Their services include rainwater harvesting; to help schools and hospitals, availing purified, safe water at public points, piping into households for private access, an elevated storage system, and an optional cattle trough or tap system from the tank to help farmers and off-grid businesses.

Christelle has won multiple awards, including the 2020 Global Citizen Prize and Cisco Youth Leadership Award. She received funding worth $250,000 to support her organization and the Jack Ma Foundation Africa Netpreneur Prize Initiative. 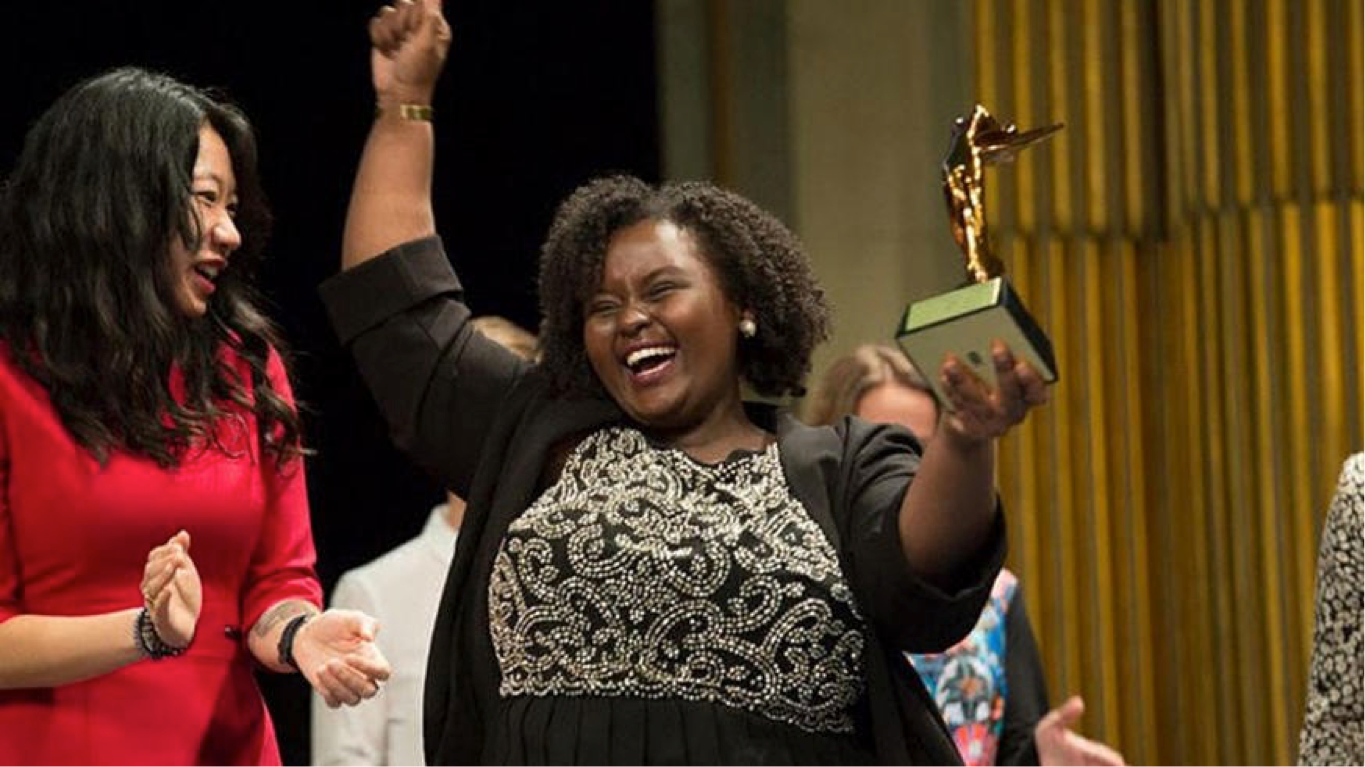 Rwanda has a national healthcare program called “Mutelle de Sante”, which allows citizens’ insurance and medical bills to be subsidized by the government. Depending on their income, the citizens pay an annual amount to the Mutuelle de Sante and 10% of the medical bills. However, not everyone can pay this amount, especially those living below the poverty line. With this in mind, Isabelle Kamariza founded Solid’Africa.

In 2010, Isabelle, along with a small group of young professionals first started Solid’Africa as a project to provide food and aid to vulnerable patients in public hospitals, and later registered it as a non-governmental organization. Solid’Africa has since expanded its services beyond feeding patients to paying uncovered hospital bills, transportation fees for patients to go back home, provision of hygienic materials- especially for mothers and children- and special medical care items such as crutches and wheelchairs. With contributions from the public and partnership with multiple organizations, Solid’Africa built the first industrial kitchen in Rwanda and is able to provide 2,400 meals for 800 patients a day across four public hospitals in Rwanda.

Isabelle received the Social Impact Award of the 2021 Forbes Women Africa Award in the same list as Ellen Johnson Sirleaf and Elsa Majimbo. She has also received the Points of Light Award from Queen Elizabeth. 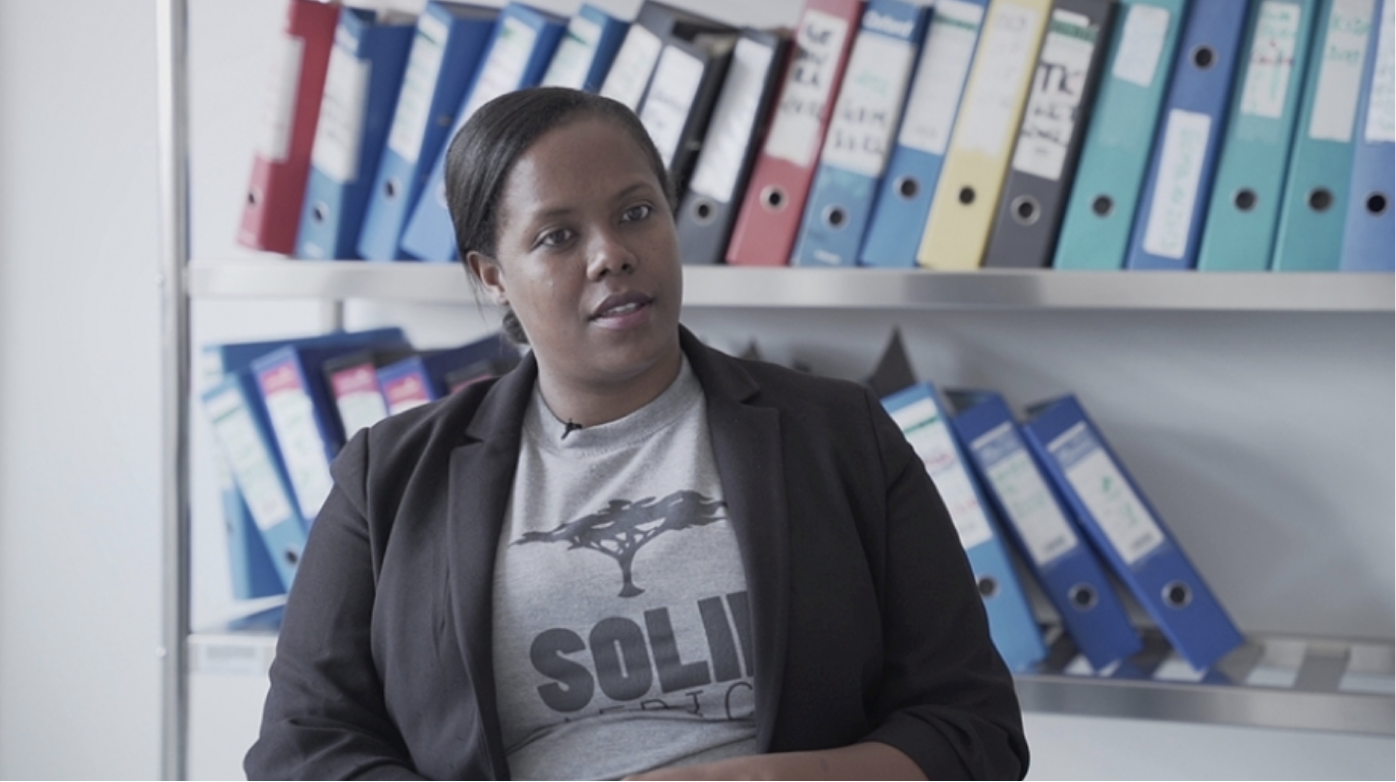 One of the ways that Rwandans have been able to heal and express their emotions is through art; particularly performing arts. Companies like Mashirika pioneered performing arts in Rwanda through training and providing a platform for many young individuals in Rwanda and other parts of the world. Amongst them, is a wonderful artist known as Malaika Uwamahoro

Malaika obtained her initial training in Mashirika  at the age of 15 and became famous through her performance at the Spoken Word Rwanda  events. She later pursued her studies and obtained a Bachelor’s degree in Arts in Theatre Studies from Fordham University in New York City.

Malaika has since performed on different stages and in high profile events such as the 27th Summit for the African Union in Rwanda, the 20th commemoration of the Genocide at the United Nations in New York and the 50th anniversary of the African Union in Ethiopia among others.

Malaika has also been featured in multiple films like ‘Shaking Hands with the Devil’, ‘Un plan parfait’, ‘Loveless Generation’, ‘Notre Dame Du Nil’, a high profile one-woman play titled ‘A Miracle in Rwanda’ and the ongoing series Yankee Hustle. She has also been featured in multiple songs with local artists, including Scared by Mucyo Sounds, Stickin 2 U with Mike Kayihura, Mucyo, Kanaka, Angell Mutoni and Chase.

With the rapid growth of the creative industry, fashion designers are found in almost every corner of Kigali. Kevine and Ysolde have made their mark in creating beautiful and affordable footwear, but they edge it further with sustainability. These two women met in university while pursuing their studies in creative design, and later became business partners in 2013 when they created Uzuri K&Y, a shoe company.

With their own savings, what started off with a small shop creating custom designs has now grown into two big display shops, an online shop and one workshop that employs about 30 people and trains over 100 people interested in the shoe business every year. Their designs attracted celebrities like the former Miss France, Sonia Rolland, who modeled for them and Kigali Fashion Week hastened their rise to fame through its platform.

Their efforts did not go unnoticed, they were awarded the Acumen x IKEA Social Entrepreneurship award by Acumen, Woman Lead start-up of the year by KORA-IMF and the Africa Netpreneur Prize Initiative for the Top 10 Africa Business Heroes by the Jack Ma Foundation. 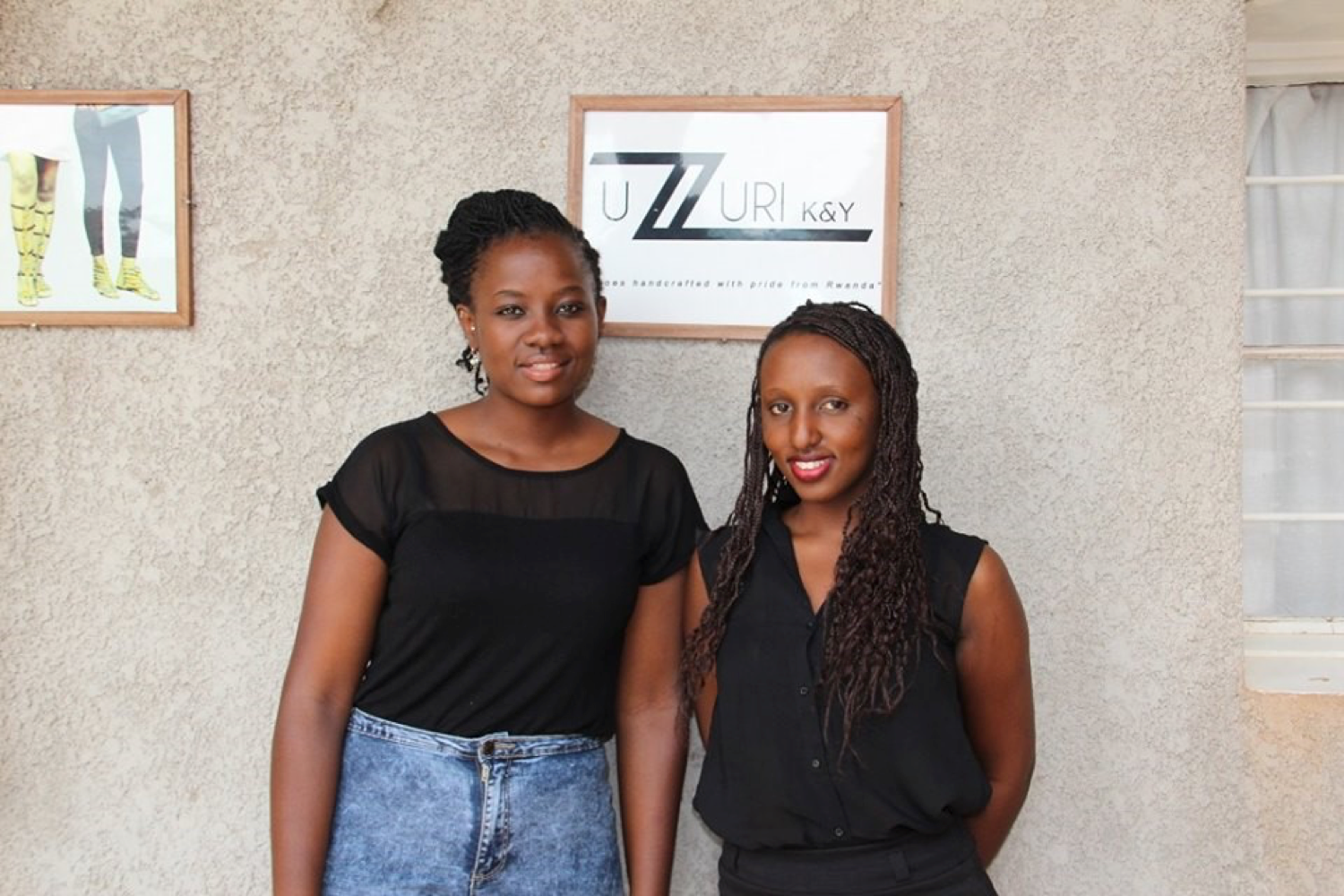 Just like most African countries, Rwanda's storytelling is mostly oral and performative. But in the past few decades, there has been a tremendous shift in written form, made possible by the creatives working in the literary sector. From bookshops to publishers in multiple languages, Rwandans are quickly integrating written storytelling in their lives. Among the people working to change this narrative is Dominique Alonga.

Dominique is the founder of Imagine We Rwanda, a social enterprise dedicated to challenging Africa's narrative through storytelling. Founded in 2015 to strengthen Rwanda's reading culture, Imagine We Rwanda started with a local library and fun activities targeting children in the neighbourhood and eventually launched children's books. Dominique debuted with a children's book, the 'ABC's of Rwanda' where she was a co-author. She has also written short storybooks like 'The Burden of the Saved', 'The Shape of Hypocrisy', and her latest “Tracing the Cracks”, which has become popular because it centers on inter-generational trauma and the 1994 Genocide. Imagine We Rwanda has published multiple children and adult books. Last year, due to the cessation cause by COVID-19, they decided to create a self-publishing platform for African writers and readers, easing accessibility during the pandemic.

With her passion for storytelling, this year, she launched a podcast titled 'Everyday weird with Nicky' where she tackles different topics surrounding the lives of Rwandan women and youth in the face of modern society. 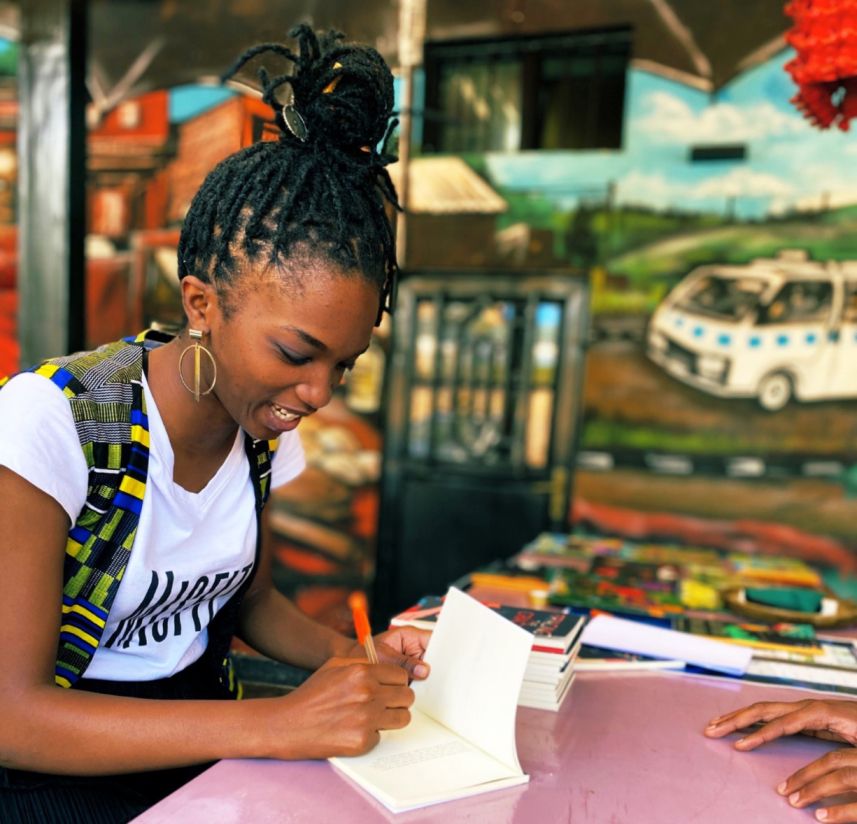 Many Rwandan women are working hard to have an impact on their communities, often contributing  to the development of their country. These are some of the women who have inspired me through their passion and the determination they have shown in their work, leaving behind them great success stories. 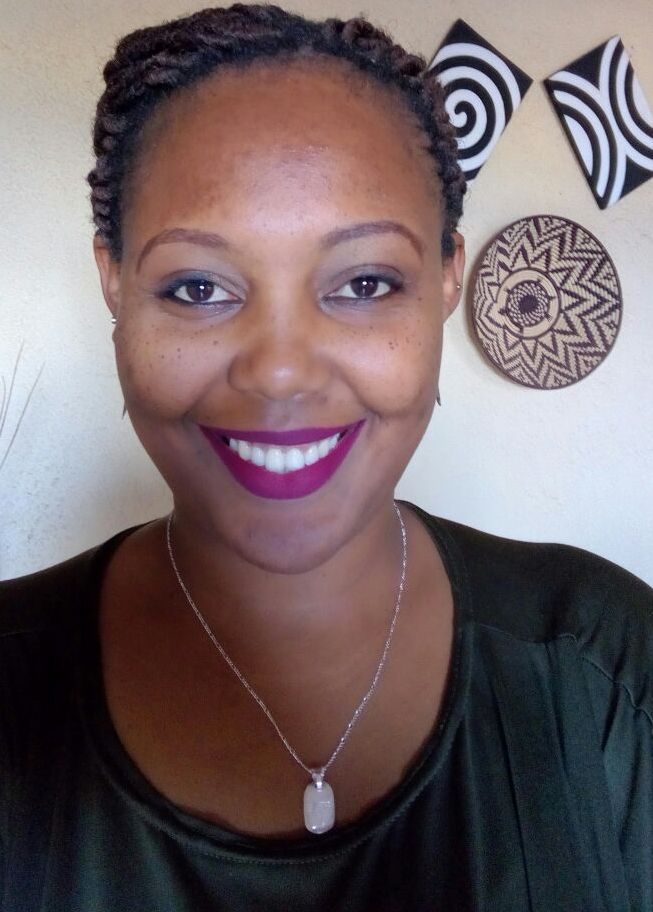 Natacha Umutoni is a passionate and loving introvert who believes she can do anything she can set her mind to. She loves overcoming challenges and solving problems. Her goal is to share her thoughts and experiences as both an African and Rwandan woman. In November 2020, her blog post on fat phobia ‘Fat people do not owe you good health’ became the most read on the Teakisi platform. As an introvert, she loves reading fiction and exploring with food through trying different recipes.