Softie...The Documentary Every Kenyan Should Watch 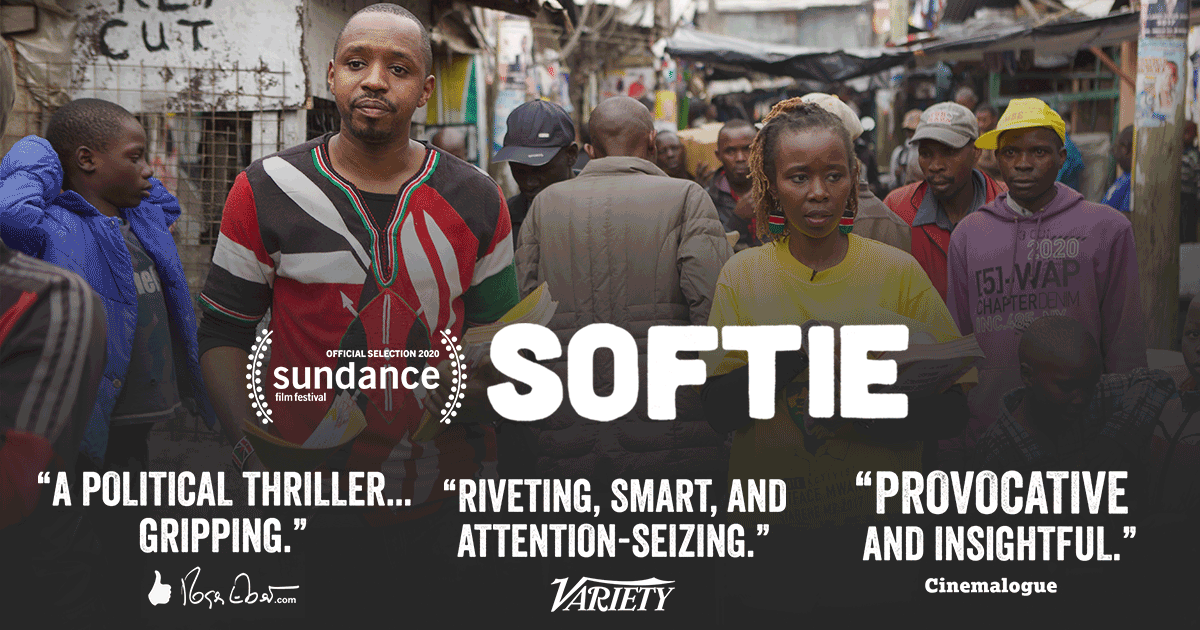 I remember when I first heard about Softie. I was on Twitter, the app of the bird as they call it, and I saw someone share its trailer. From that moment I knew I had to watch it. I could tell it was different, dare I say revolutionary even.

For the first time in my life, there was a documentary I could get behind. So late last year, I finally got a chance to watch this award-winning documentary and boy was it glorious. It made me feel many different emotions at once, each battling with the other. 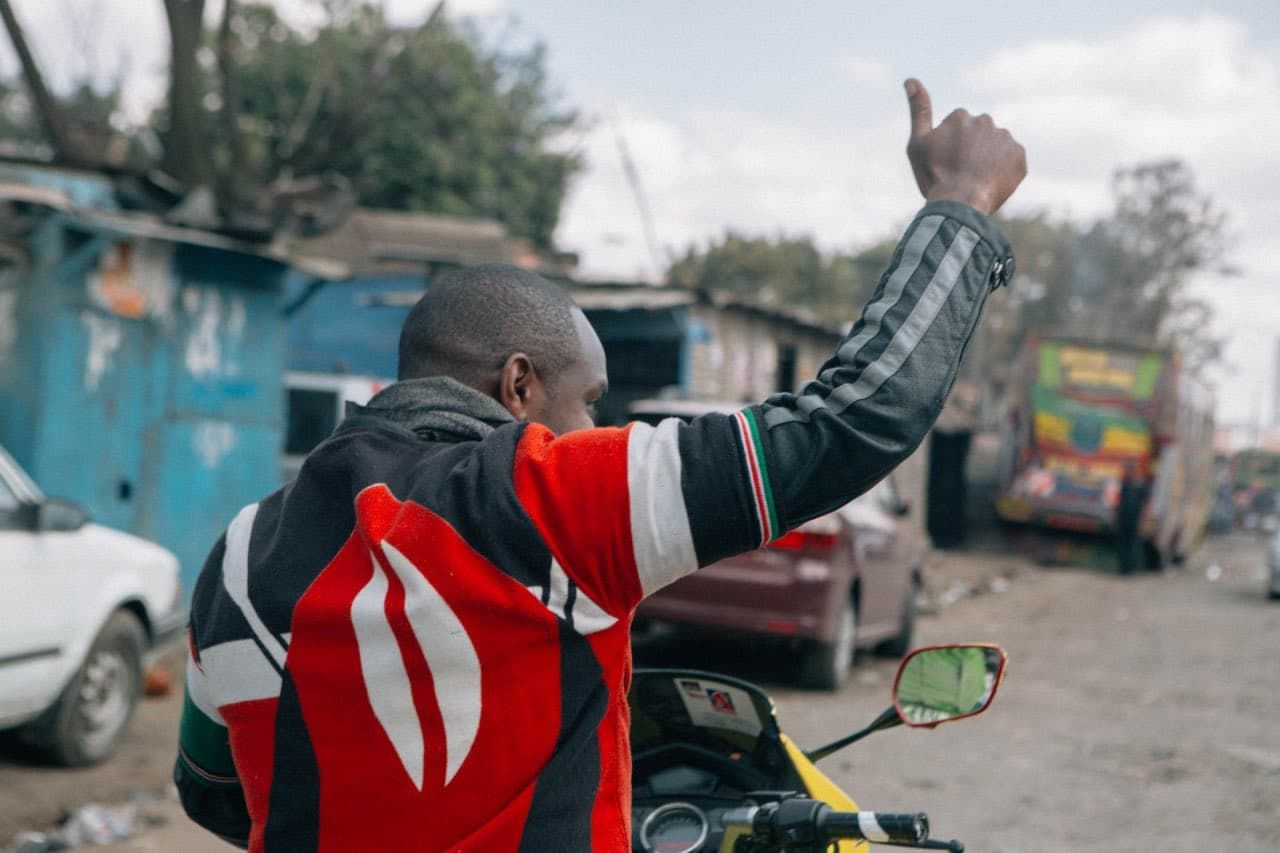 Softie follows the life of Boniface Mwangi; a Kenyan activist, politician, husband,and father. It particularly focuses on how he became the activist he is today, and the different fates intertwined with his own. The story of his becoming begins in his childhood; one filled with poverty and hardship.

In one of the early scenes of the documentary, Boniface himself brings attention to this and talks of how poverty teaches you to be complacent, to never cause any trouble, and to make yourself small to survive. He further goes on to elaborate how he got the nickname “Softie”; a name you could never imagine would ever be associated with such a strong character in the Kenyan social justice sphere.

It would be his coverage of the 2007’s Post Election Violence that would bring out the social justice warrior in him. As a photojournalist for a local newspaper, he experienced first-hand the aftermath of the violence that Kenyans inflicted on each other and the ignorance or downright apathy of many who could make a difference.

In the end, it would be this that would finally push him to leave his job and become an activist; a decision that finally leads him down the path of political aspiration.

The Role of Women in Revolutions

In a world where the role of women in revolutions has been continuously erased, it is refreshing to see that this is not the case in Softie. This film goes to great lengths to acknowledge the women whose hard work and consistency have contributed to the social work of Boniface Mwangi. It is encouraging to see that it’s not just another story of a revolutionary single male protagonist- but that of collaboration, consistency, and sacrifice for the greater good. 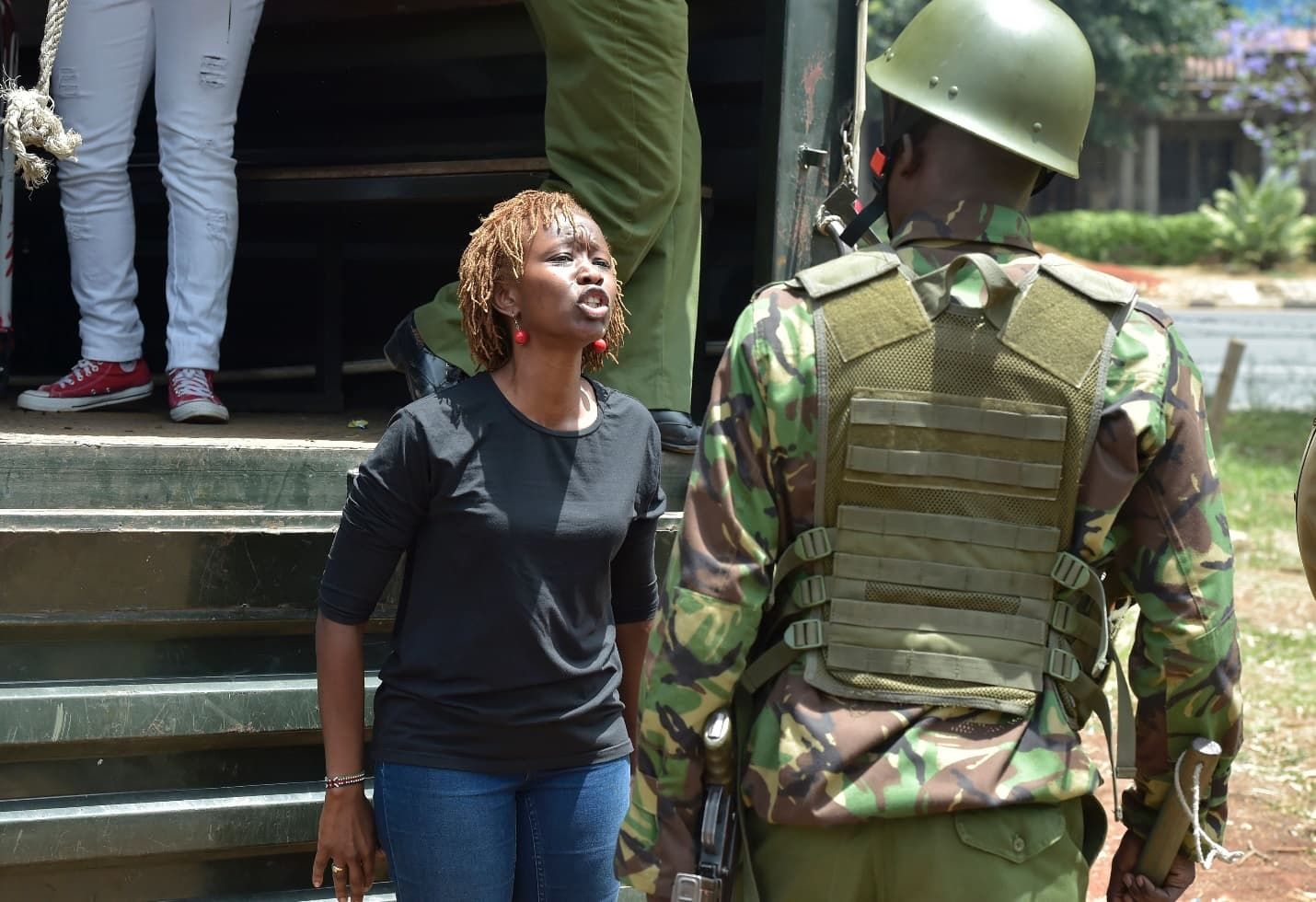 I truly appreciate that the role of Njeri Mwangi was highlighted. Even at this moment, I hesitate to refer to her as Boniface’s wife, purely because she is much more. An activist in her own right, she has consistently contributed to the fight for social justice in Kenya. She is currently the co-founder of PAWA254; a Kenyan hub that facilitates collaborations between artists and activists trying to create long-lasting social change. 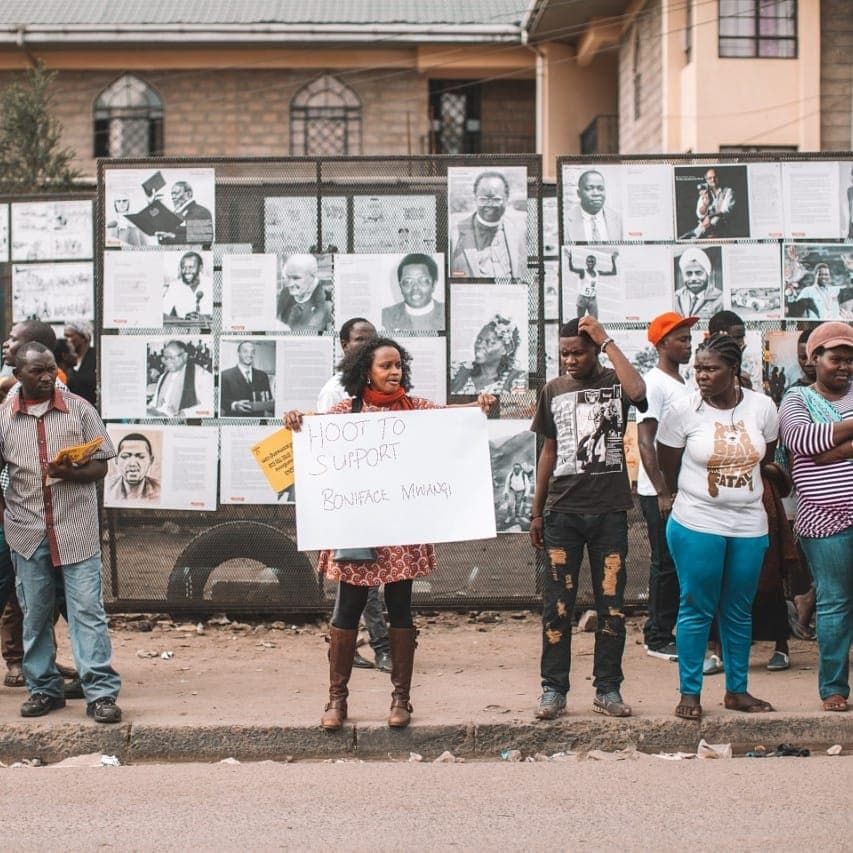 “Kenyans don't get service from their government. So what happens is every five years when a politician comes to you to ask for a vote, that's when you ask for everything that the person was supposed to do for five years.”-Khadija Mohammed in Softie

Another woman whose contribution was detrimental to Boniface Mwangi’s work is Khadija Mohamed; his campaign manager. She is portrayed as a force to be reckoned with, bold and meticulous in her dealings. Throughout the film, she is highlighted as a driving force in Boniface’s 2017 Starehe member of parliament electoral bid.

As the child of a political activist who witnessed their father being harassed and injured, who wondered when and if he would come home at night, the documentary Softie the film really moved me – Lupita Nyong’o on Facebook 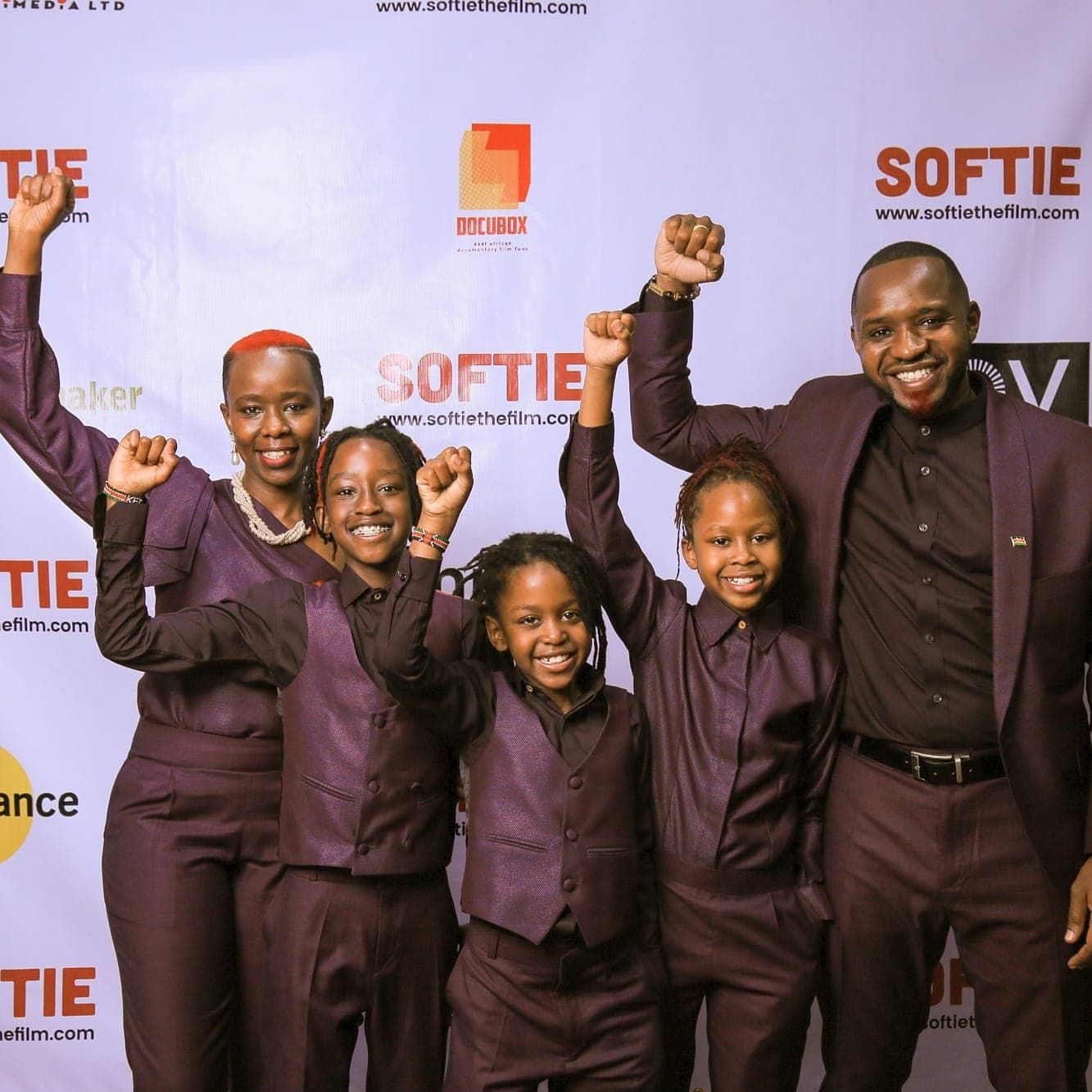 “You need to have an ideal that you live for, that’s worth dying for” – this is the one line from Softie that lingers in my mind to this day. These are the words that Boniface says to his wife in one of the scenes where he talks about how he is willing to die for his country. While his great patriotism was moving, what moved me more was the constant struggle he had between the love of country and family.

Throughout the film, it is clearly depicted that there is a heavy burden that the families of activists bear. While Njeri hopes that her husband chooses his family over patriotism, his children dearly miss him. In the instances that their father comes home bruised and bleeding, their worry is visibly great. And when finally political tensions rise and they have to flee the country with their mother, it is clear their disconnect from their father was painful.

Their pain is intimate and real enough to move you to tears. It forces you to see the humanity of activists and those who love them. This style of weaving the professional and the personal is truly what makes this film relatable. It allows you to see activists for what they truly are – human, brave yes but human nonetheless. However, let it not be thought that Softie is all dull and gloom; there are some fun moments as well – moments of joy, love, and hope. There is even a scene from Boniface and Njeri’s wedding; one of the most heartwarming moments of the film.

A Story of Self-actualization and Going Against the Grain 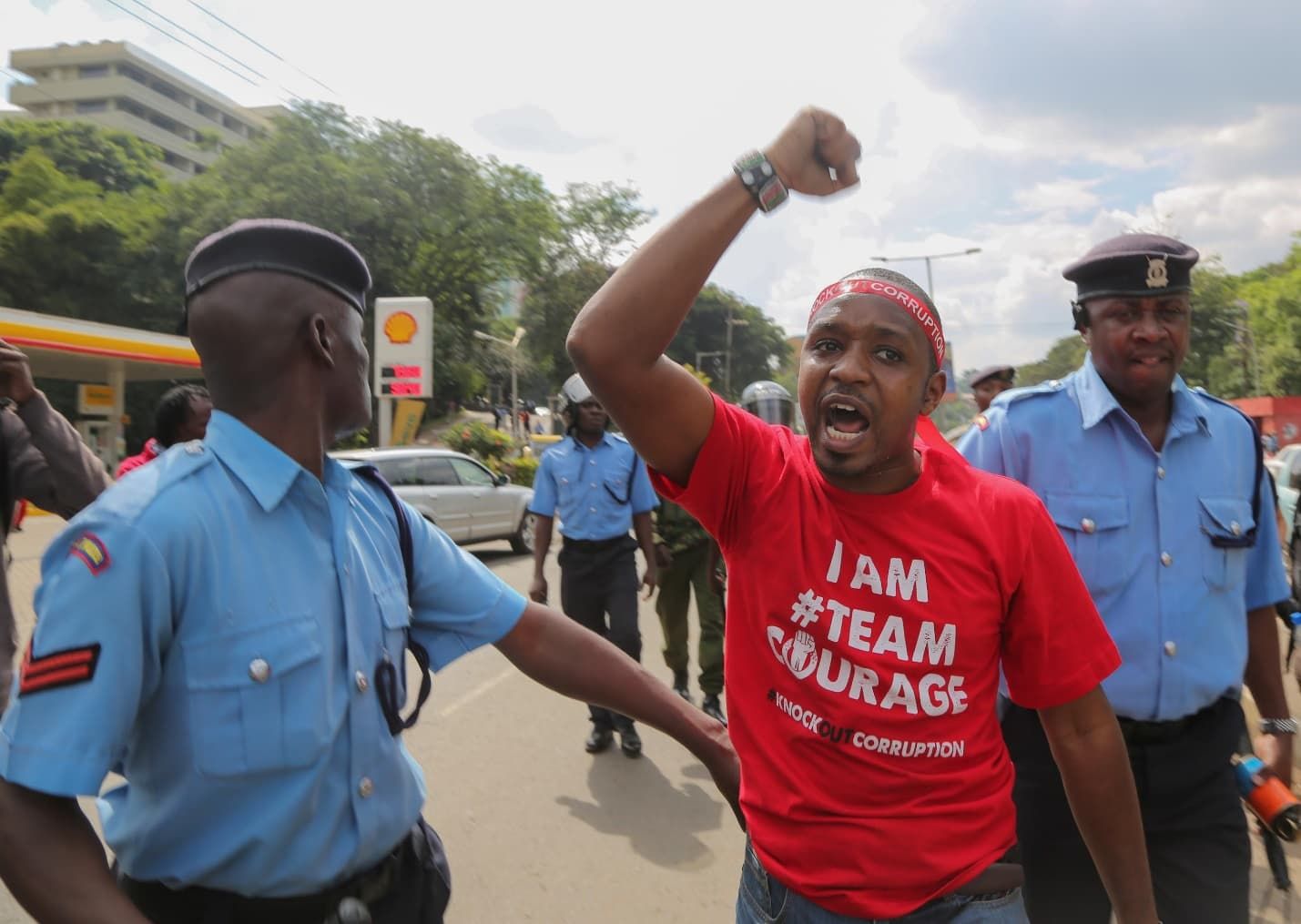 "Don't let us bring out our entire families to fight for you as you sit back there...Stand up and be counted for something” -Njeri Mwangi on Spice FM interview

If there is one thing to be learned from the film Softie, it is the power of self-actualization and the willingness to stand against the grain. Boniface had to go against his assigned identity as “soft” and be in some of the most uncomfortable situations to live up to his ideals. He had to consistently fight, even when few would.

It is a testament to the fact that while there are many things you can’t change, you have more power than you know. And while you may not be in the streets like Boniface and Njeri, you can play an active role in democracy and social justice. This film clearly showed that there are many faces to activism, some of which we rarely think about. They are the artists that lend their voices to these movements, the organizers, the anchors that hold the family unit together as their partners go out on the streets, and the financial sponsors who give their money freely. And even these are just the roles I can see on the surface. I am sure there are many ways you can find to take a stand on what matters to you. No matter which path you choose though, be bold and courageous. Remember, we are because you are. 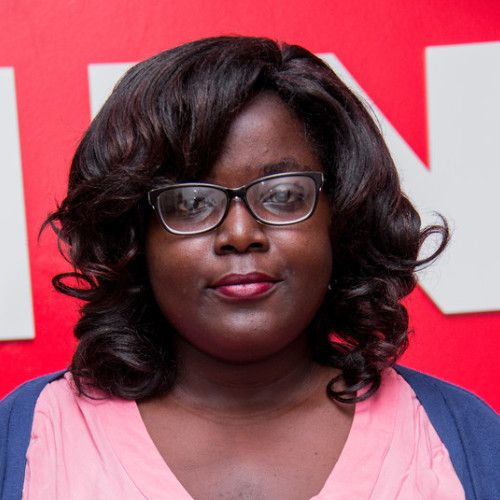