An Eye on the Church

The Church of Mary the Sultana of Africa in El Obeid is considered one of the largest and oldest churches in Africa. It was founded by Saint Daniele Comboni in 1871, for whom the church holds a celebration in October every year in appreciation of his great efforts towards ecclesiastical education, and as one of the most important missionaries who brought Christianity into Africa and Sudan in particular. For more than sixty years, El Obeid Church has preserved its Italian architectural style, and it is an architectural masterpiece of great splendor and beauty to the extent that made it a destination for all city visitors and a tourist destination that cannot be missed. 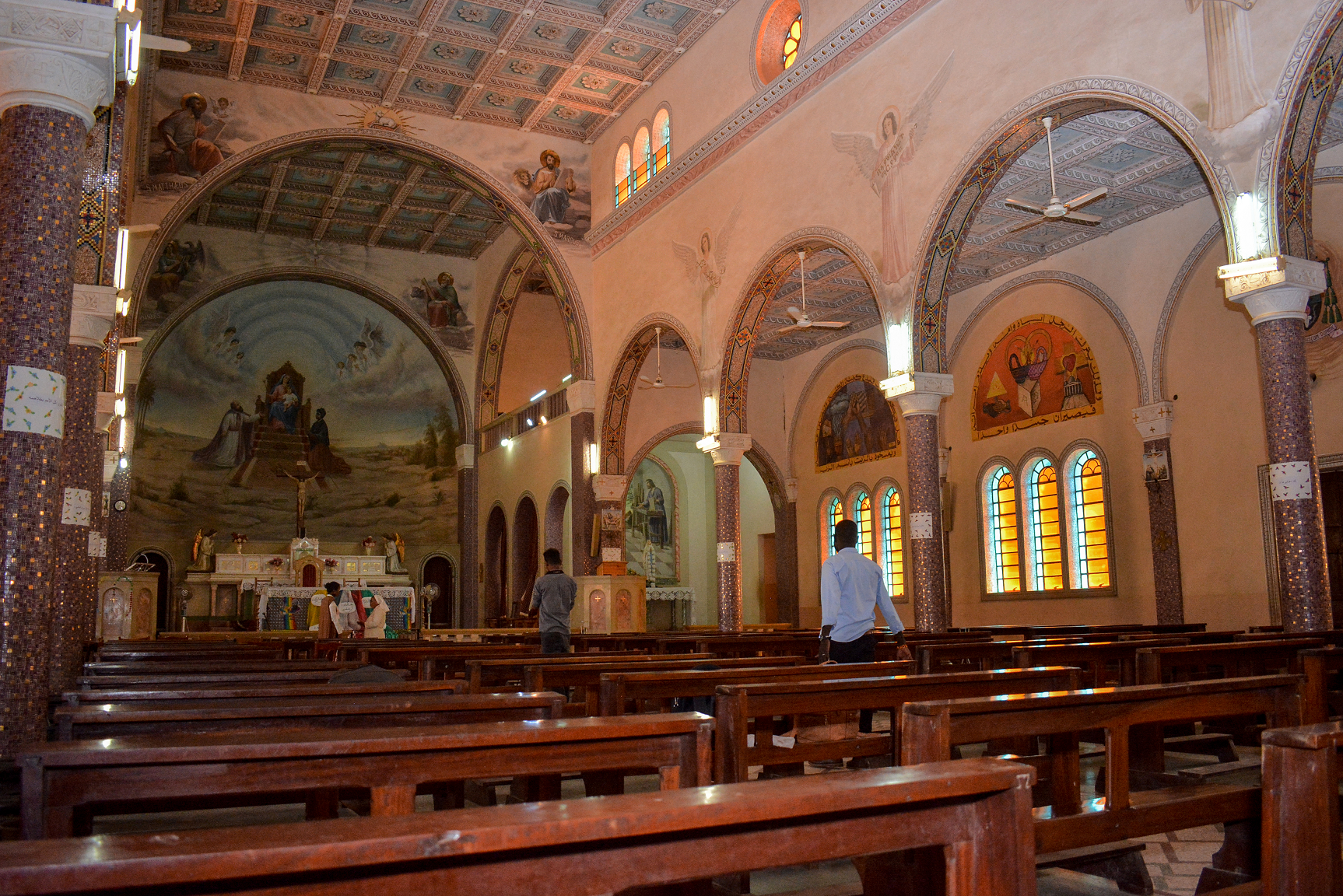 Naji Khamis, one of the young Seminarians of the Catholic Church diocese of El Obeid introduces us to the church's administration and hierarchy:

“At the top of the hierarchy of responsibility there is the Pope who is in charge of the Catholic Church all over the world, and then we have the Bishop, and each church has a bishop in charge of it. The bishop of El Obeid Church is Yonan Tombe Trelli, and then we have the Priest who takes care of the church, our father Faustine, who also oversees the Deacon, and the Seminarians”.

The Catholic Church in El Obeid is considered a model of religious coexistence, as it remained open to all residents of the city with their different ethnicity and orientations. The Church and Christian society were an integral part of El Obeid’s community, participating in all social events and the church was supportive in many humanitarian disasters. The people of El Obeid are tolerant and coexist despite the many differences and disparities related to the position of the city itself in the era of colonialism, where El Obeid was a strategic market and an important gateway to cross to the far west of the country. This history is what made its population vibrant with ethnic, religious, and cultural diversity. In El Obeid, there were Jews, Christians, and Muslims of various sects, and the oldest Sufi order established in Sudan – the Ismaili order attributed to Sheikh Ismail El Wali.

Sister Lisa Hakim, a former nurse, and teacher at Sister School in Khartoum is a 66-year-old Egyptian citizen from the governorate of Qena, who chose to be a nun and serve the church more than 43 years ago. She moved between many countries, such as Jordan, Lebanon, and Italy, to eventually choose to work in Sudan to serve its people in the fields of education and health. Sister Lisa says that during the eight years that she spent in Sudan as a nun, she found love, solidarity, and brotherhood from the people. She adds that the Sudanese people, despite the calamities and tribulations that they went through, remained attached to the benign qualities that distinguished them from other people. Sister Lisa reflects “since the first moment I got to know this city and its people, I felt that I did not want to return to Khartoum and that El Obeid is the desired place for me to serve its beautiful and kind people under the auspices of the Church. The people here are cooperative and have ties with the church out of respect and love for the Christian community. They come to the church on special occasions and feasts, and we also exchange these visits with them and celebrate their religious feasts and social occasions. Yes, there are some hardliners who try to disseminate hate speech and incitement against Christians, but the coexistent composition of El Obeid community, despite all the differences, makes this discourse insignificant and ineffective”. 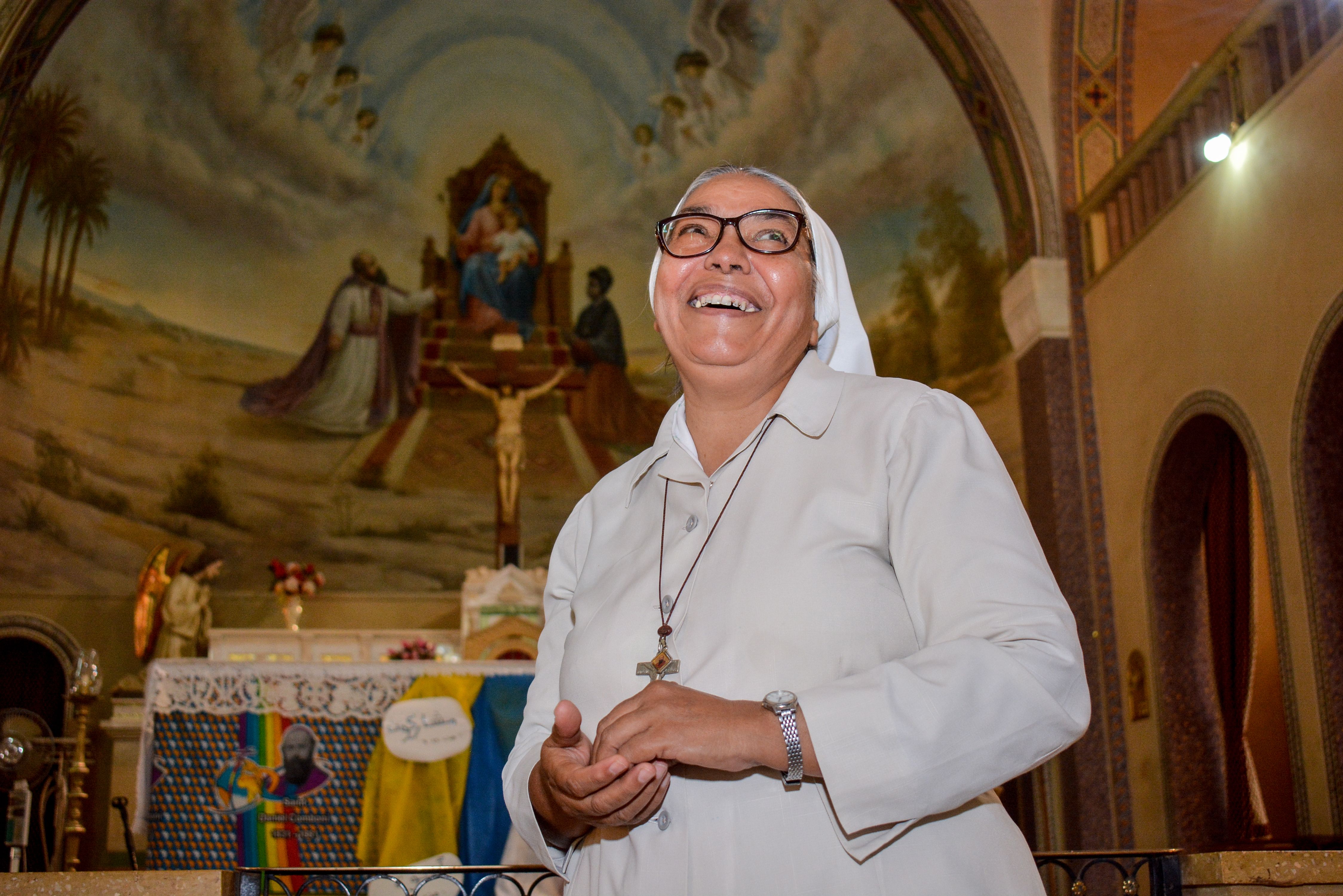 In addition to the fact that El Obeid Church is considered a very large gateway and a living model for peaceful coexistence, the Catholic Church plays a very important role in providing services to the whole community without discrimination on religious or ethnic grounds. in the health field we find the clinic of Fouad Salih- which is sponsored by the church- and Don Bosco vocational training center, which was established in 2001. The vocational center is the only one in Sudan where a professional three-year vocational diploma is provided. The number of students registered in the center now exceeds 400 students.

The Mosque Overlooks the Church 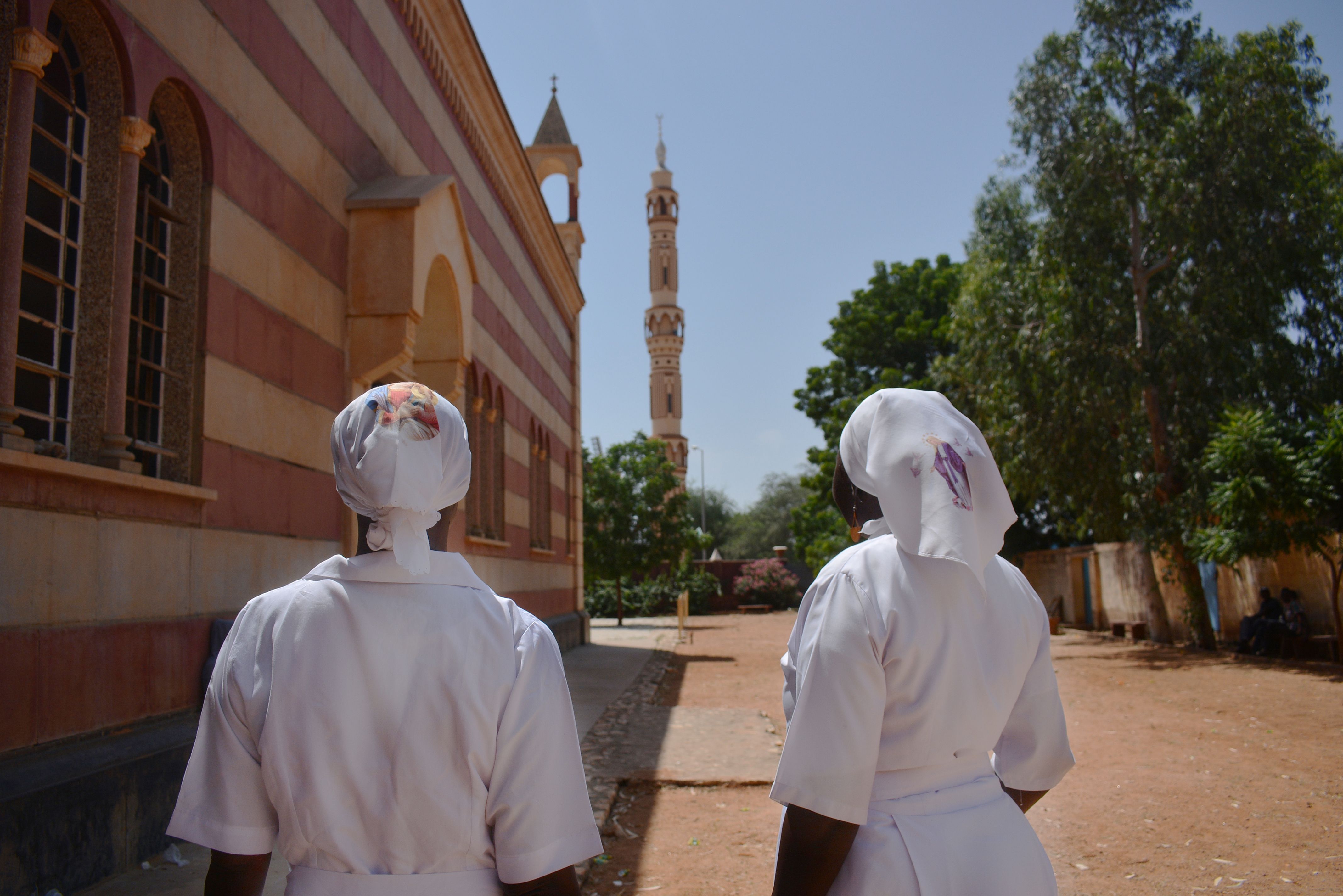 Dr. Saleh Moussa Abakar is the Director of the Islamic Cultural Center which is affiliated with the Muslim World League organization and works in the field of humanitarian work. He said that the presence of the Hajr Mosque, which was established in 1997, in this place with its direct view of the church separated with only one street between them, is the largest example of peaceful coexistence in the world. He added that the Muslims of El Obeid do not have any reservations about the Christian community. Noting “we share the same land, so coexistence is the best option for us to live together, and I believe that this is the message of all heavenly religions.” He commented that Muslims participate in different social activities and the children of Muslim families study the English language in the church and both sides exchange social visits. He asserts that despite the lack of coordinated efforts to develop the ties between the two religions more formally, it still exists by virtue of the nature of society.

The issue of religious coexistence is one of the central issues for the center. It works to dissolve the gap between the different Islamic sects and has an influential role in resolving the issues of extremism between religious groups in El Obeid through Friday sermons and holding competitions in which participation is open to all Muslims. The center has a weekly radio program delivered by Dr. Saleh Moussa, where the main focus is on issues of peaceful coexistence, combating extremism, and limiting the spread of hate speech. 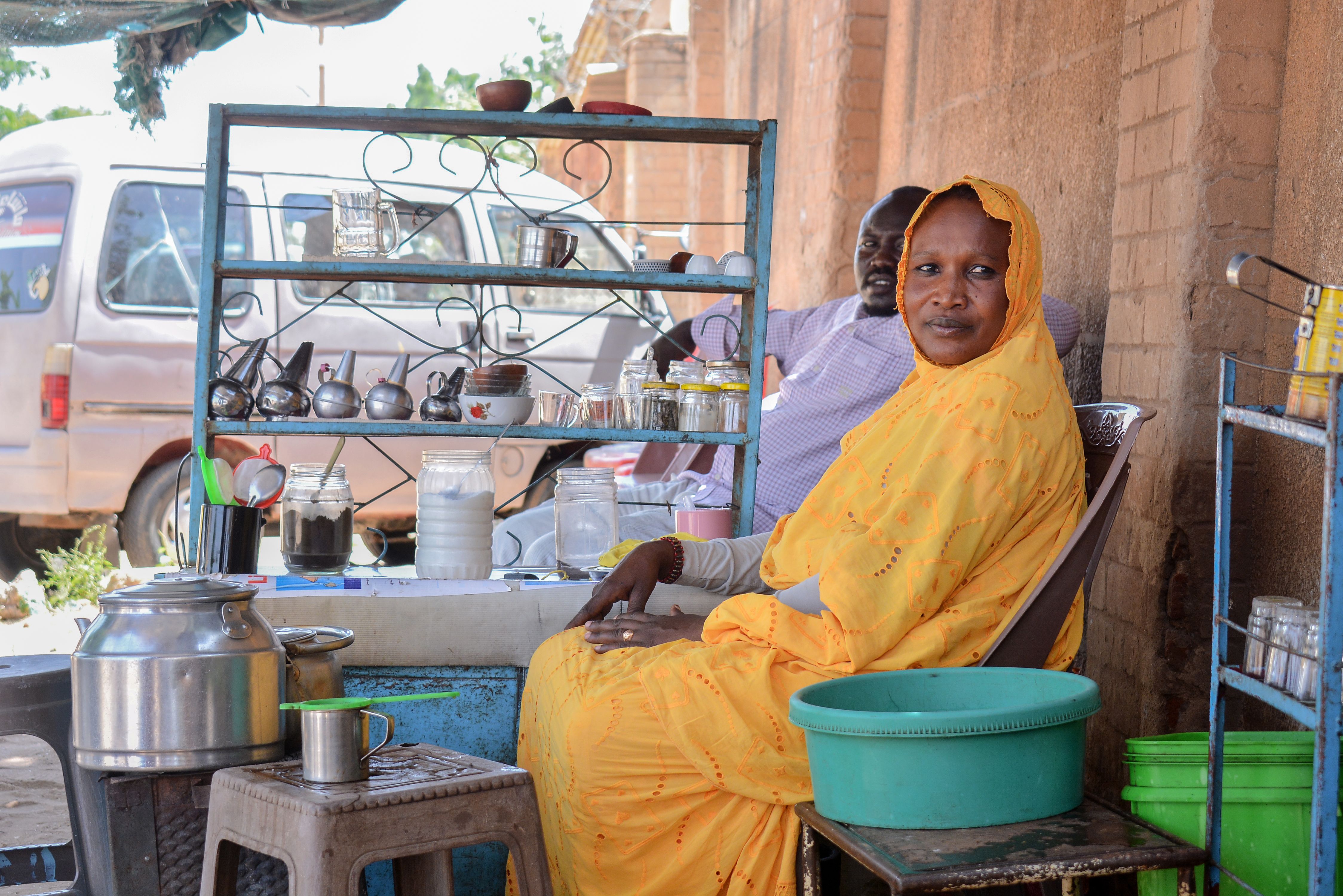 Salma Hamid Sharnouk was born in South Kordofan in the Karko region, but she grew up in the city of El Obeid and is the mother of four children. Salma worked as a tea seller to support her family after her separation from her husband and replaced her mother, who worked in this profession for more than thirty years. Now, it is Salma’s ninth year in the tea shack, known locally as the "rakoba", huddled near the front wall of El Obeid church gate. Salma, due to the long years that she spent in this place, has strong relationships with the church and the Christian community.

She tells us “I am a Muslim, but they respect my religion to the extent that it made me feel that they are part of my family. Therefore, I respect their religion and attend their holidays and social occasions, I even go to prayers sometimes. They visit me from time to time and show solidarity with me in my family circumstances, and the relationship between us has developed to foster an intimate relationship between my Muslim and Christian clients”. Salma sums up her experience with a message to her fellow Muslims in El Obeid and all of Sudan to abandon their apprehension. She notes that Christians dealing with Muslims do not have goals that serve the Christian religion, but rather they interact organically due to their presence as an integral part of this society and out of coexistence and social participation. To Salma, Christians respect all religions and do not work on incitement against any of them or violating them. 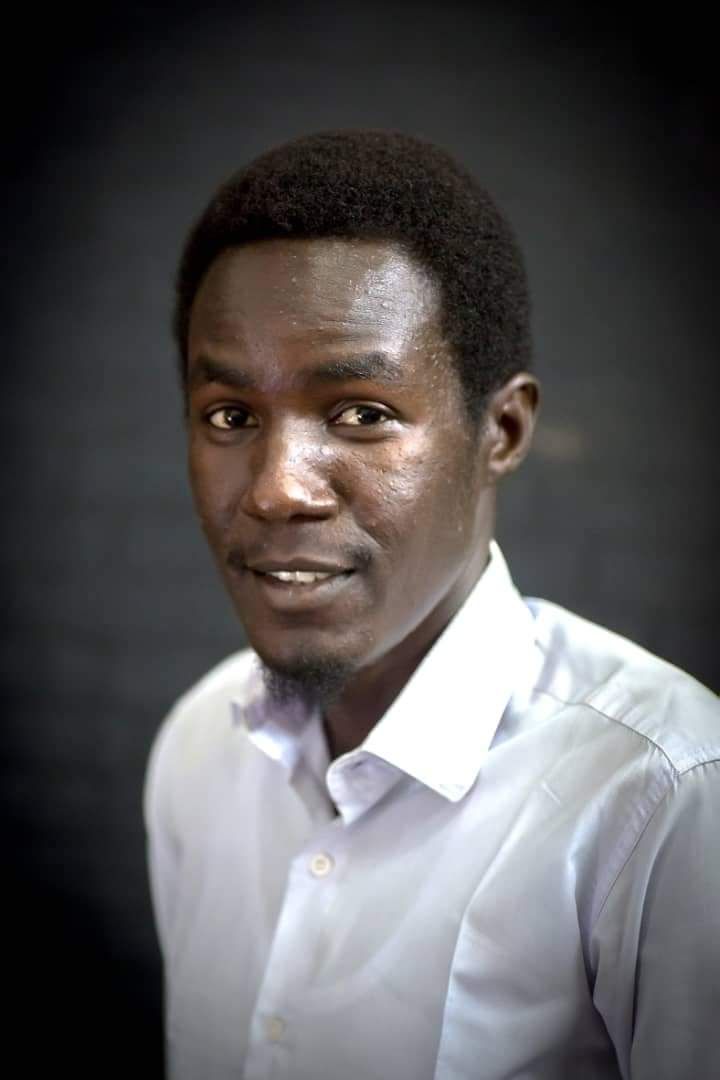