This essay is one of 15 published in After Memory: Essays on the Sudanese Archive, a book edited and published by Locale. The book is now on sale, and you can order here.

﻿My grandfather used to tell a story about princes who were sent on a mission by teir father, the king, to search for something that would signify their love for him. One of the princes returns bearing a handful of salt. This king, who was compared to precious jewels by others, was offended by the gift from his son. Only after banishing his son does the king realize the value of the humble table salt, and how much love his son must have for him to compare him to something so necessary and essential. This story is found in the book Sudanese Phrases, by the prolific Babiker Badri, that compiles local proverbs, short stories and sayings. Stories and traditional anecdotes like these paint a vivid archive of food and food history in Sudan and provide a cultural connection to the particulars of making Sudanese food and drink.1

For me, the mere act of eating Sudanese food while living outside of Sudan was enough to create a profoundly visceral connection to an integral part of my identity. As I got older and moved away, my access to it was limited to trips to our family home to eat my mother’s food. I realized that if I was able to make this food myself, then I would be in control of this connection and could recreate it at any time. I thought a lot about the value of this access, at first on a personal level, then a communal level, and eventually, a global level. 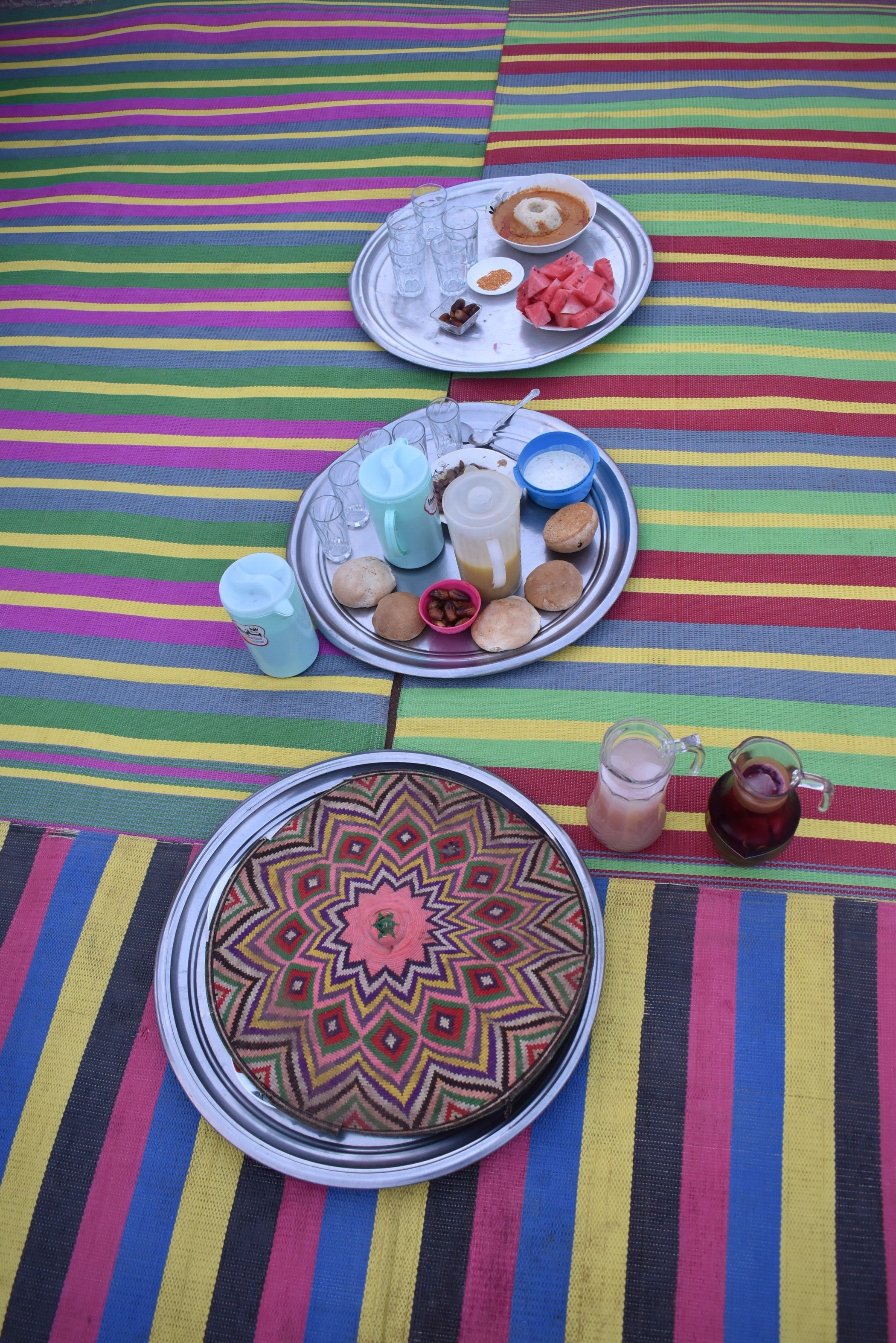 My personal need to incorporate Sudanese food into my life is what drove me to make it a part of other people’s lives, whether Sudanese or otherwise. I began learning about our culinary arts, where they came from and where they’re heading. Delving into the world of Sudanese food, focusing on its more technical and anthropological aspects, I uncovered pearls of wisdom, knowledge and a newfound appreciation of those who have mastered its art. My aim was to use Sudanese foods as a vehicle to counteract negative narratives, to tell the story of Sudan through the lens of food by providing historical and cultural research to support practical and easy-to-follow recipes which serve as a cultural archive for those wishing to take part in our rich cuisine, which unlike others has not been globally embraced.

My mother and nearby aunts were my first port of call in this new expedition into our foods. It seemed like this was the first time they were asked such detailed questions about our food as their knowledge was taken for granted and seldom used by the younger generation, therefore it was vulnerable cultural material.

They were also shocked that I, a man, was interested in this subject: food. Sudanese men are not often associated with cooking for the family and so my presence there challenged the status quo, and in doing so created friction with the more conservative members of my family. In fact, it was acceptable to be a writer and researcher on the topic of food, as these are valid male professions, but not take part in the cooking, which in our staunchly patriarchal society is seen as women’s work. Men in cooking spaces are often emasculated and slandered using homophobic rhetoric. Nevertheless, through this process, I learned that Sudanese food is not set in stone, and in fact has huge variations depending on personal and regional preferences. Cooks across the country use varying combinations of spices, add different ingredients to achieve specific viscosity, and adjust degrees of fermentation for different tastes.

The task of documenting these foods and creating recipes can be far more complicated than it seems, as the quantities used are ingrained into the culinary skills of those who make the food. Sudanese food is a mixture of different influences and peoples’ familiarity with the origins of the food, and their capability of making it varies based on the part of the country they are from and ethnicity they identify with. The women in my family, who have an ancestry based in northern Sudan with strong ties to Egypt and Turkey, were familiar with making Sudanese foods which represented the more Arab and Eastern Mediterranean influences such as soups, stews, salads and desserts. For example, lisan asfur, a soup made up of orzo pasta in a lamb stock, salatat roub, a yoghurt and cucumber salad, fasulia, haricot bean stew— a quintessentially Turkish dish with a Turkish name — and the classic Egyptian dessert, um ali. The women in my family were not able to provide historical contexts or information about Sudanese foods that are more closely connected with Central and West African cultures, such as asida, kisra, or agashe. Contributions to Sudanese cuisine that stem from marginalized communities like those of Darfur and the Blue Nile can often be downplayed within the wider understanding of Sudanese culture, even though the foods themselves are celebrated as ubiquitous Sudanese classics. Therefore, understanding and accurately representing these unique food cultures is necessary and critical to the formation of an inclusive food archive. 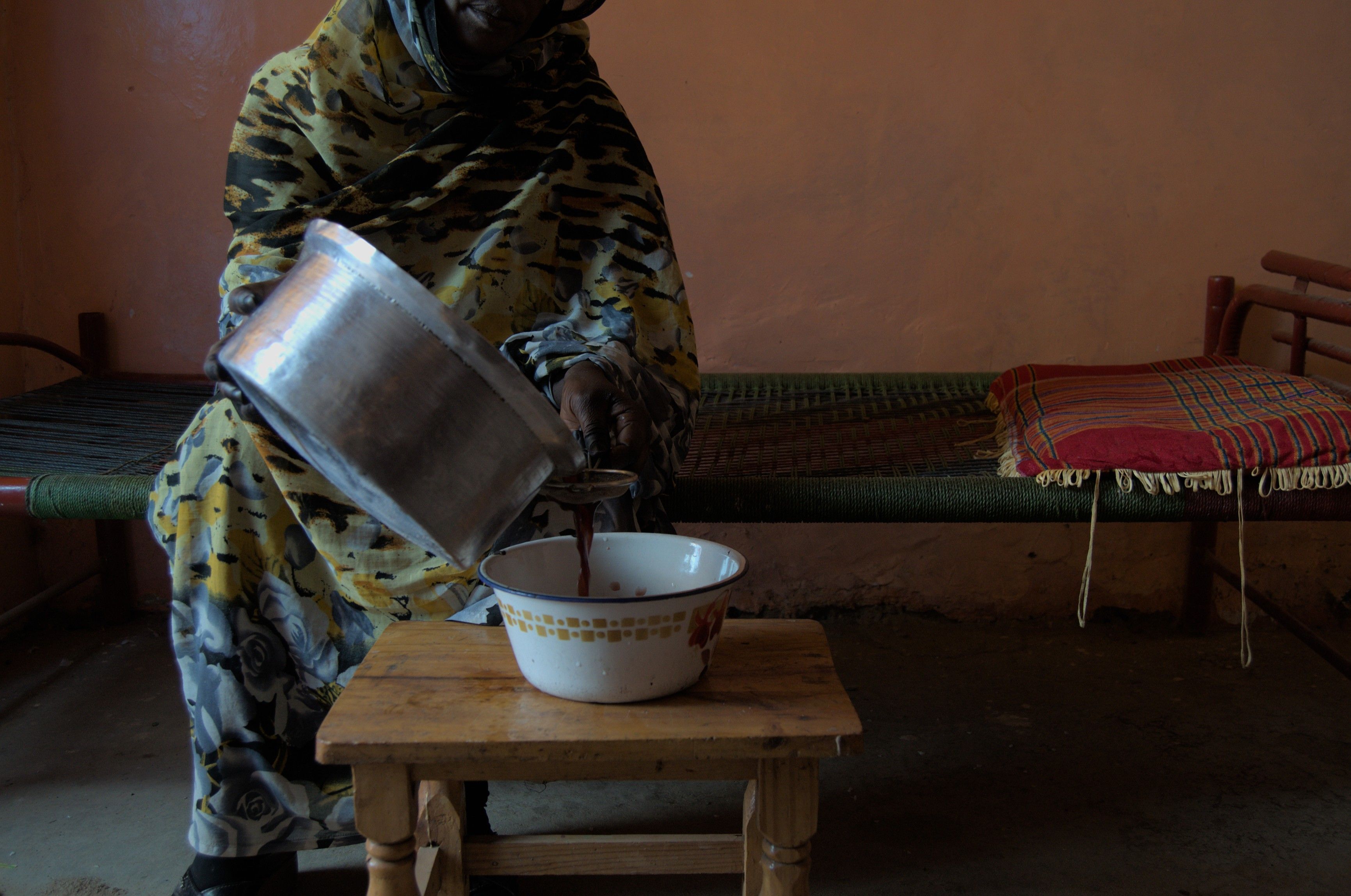 My research was aided by a number of public institutions based in the United Kingdom with archival information on Sudan, some of which have online libraries like the Sudan Archive at the University of Durham and the Rift Valley Institute’s Sudan Open Archive. The School of Oriental and African Studies’ (SOAS) library and the British Library also have extensive catalogs relating to Sudan. Unfortunately, these archives were unable to provide any more than introductory information on the topic of Sudanese food. I came across another vast archival work in Sudan Notes and Records (1918 - 1984 and 1997 - 2001)2 which directed my attention to Professor Abdullah El Tayib’s Changing Customs of Riverine Sudan (1998).3

In Sudan, I visited The National Records Office, Ministry of Culture, as well as the National and Ethnographic museums, various libraries, and universities. I hoped to find other, lesser known books and works written in Arabic which may have gone unnoticed or forgotten, only to yet again come out with little new information. Unfortunately, many of the most relevant works were either inaccessible or inadequately preserved. There were only a handful of pieces of key cultural documentation by Sudanese writers while the vast remainder of the literature pertained to recent agricultural schemes and food security concerns following the longest civil war in modern African history (1955 - 1972 and 1983 - 2005). The majority of this literature was written by Europeans who paid little attention to the idiosyncrasies of our culture. Details were generalized and the texts often lacked substance. It is very possible that these writers had their own agenda when writing about Sudan which was steeped in colonial bias. While food insecurity has been, and remains to be, a serious threat in Sudan, very little archival work within this area of study serves to empower Sudanese people or look deeper into the colossal cultural weight which has gone into carving out our rich culture.

Among the standout resources is the fascinating work by Hamid A. Dirar, The Indigenous Fermented Foods of the Sudan (1993).4 The book transports readers through the rarely described food history and explains in staggering detail how our ancestors developed and refined the art of fermentation, which gave rise to a host of traditional fermented foods. Dirar tells the story of Sudan through its food in general, then pays particular attention to fermented foods. As I went through the work I felt that his research was intrinsically forged into the recipes I had been gathering and offers an insightful backstory. Dirar and other researchers provided the understanding to contextualize the recipes I had been collecting within a wider understanding of Sudan’s geography, food history, culinary anthropology and everyday customs and traditions. This added an even greater richness to my documentation of Sudanese cuisine, and steered it away from the commodification and consumption of cultural material which is synonymous with modern food fads and recipe books. 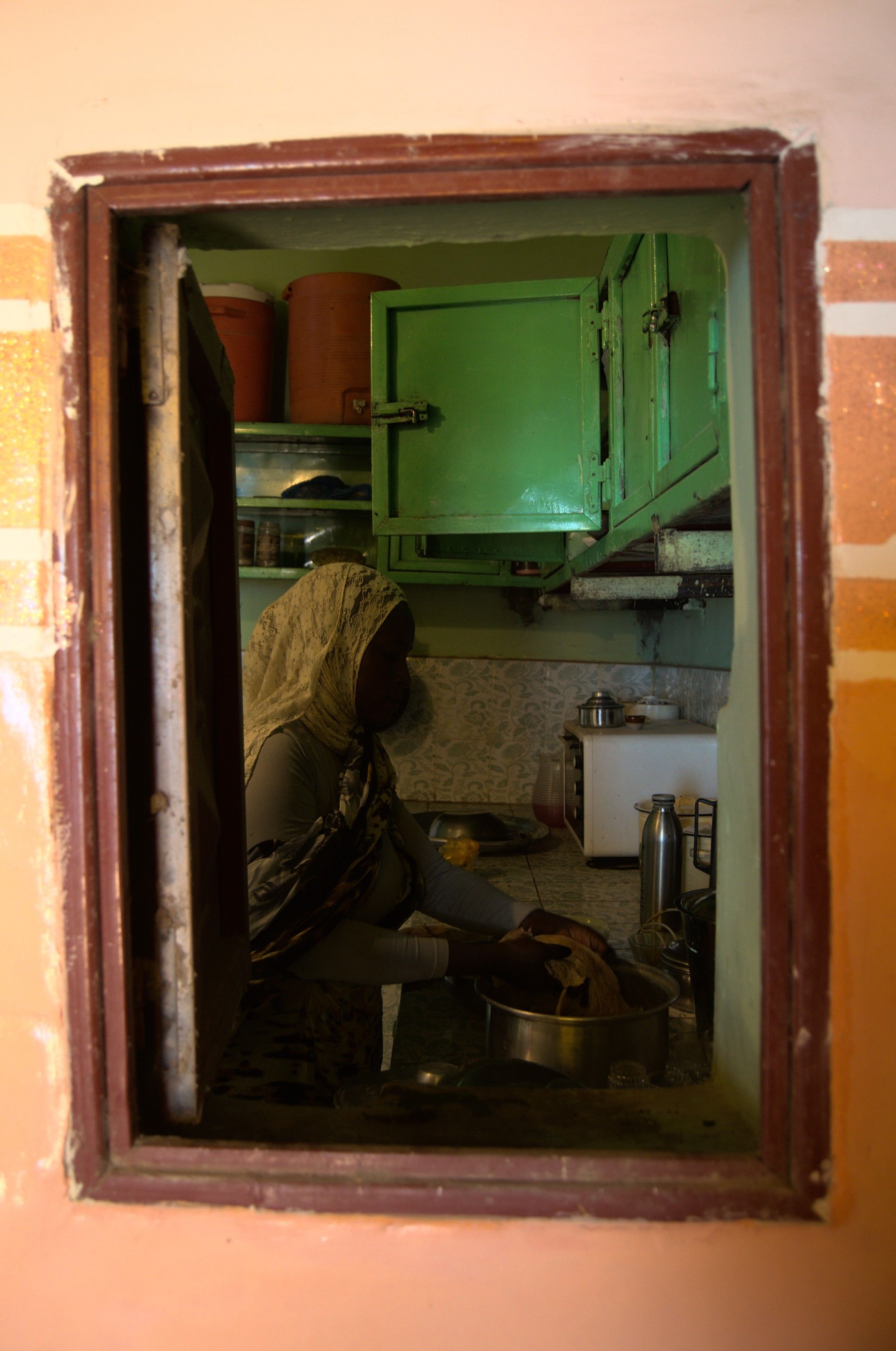 In the research process, online spaces and communities further broadened the scope of oral food histories coming from a wide variety of Sudanese people across gender, class, ethnographic and geographic boundaries. They harness Sudan’s vast size and cultural potency, form connections with distant diasporas and welcome newcomers into a novel online discourse about Sudanese food. As my understanding of Sudanese identities and Sudan’s food culture, experienced both in and outside of Sudan, broadened into a multitude of possibilities I began to categorize Sudanese cuisine as foods that are:

a) Regionally specific within Sudan, such as kawal, a fermented leaf; and salaat, meat cooked on smooth pebbles — which are found predominantly in Western and Eastern Sudan respectively.

b) Foods unique to Sudan and South Sudan, such as kisra, mullah and asida.

c) Adopted foods that are a result of Sudan’s long and varied colonial history.

For example, shaya, or barbecued meats and tabayikh, stews derived from Turkish cooking techniques arrived in Sudan following the Turkish occupation of Sudan (1821 - 1885). These foods still qualify as traditional foods albeit not indigenous to Sudan, as they interconnect an integral part of history. Another food, the iconic asida, a sorghum or millet flour dumpling, is a much older food that is indigenous to Sudan though it has travelled from West Africa, and is as such equivalent to West African foods like garri and fufu. Mullah lubia, black eyed pea stew, and marissa, a millet beer, are both known in Western and Southern Sudan to provide sustenance throughout the entire day during times of hardship.

While categorizing these foods, it becomes clear that their arrival into modern Sudanese cuisine runs parallel to our historical and even political timelines. Food itself can serve as an archive of Sudanese history and a timestamp of the movement of peoples and politics. The remainder of my research in Sudan consisted of documenting a range of oral food histories from across Sudan, with an interest in people’s individual relationships to traditional foods. At this point oral histories far outweighed archival literature. However, since food is so material and subjective, I hoped that these oral histories could work to ground the literature and allow my documentation to straddle the line between academic literature and our lived experiences. This would result in a compilation of historical and cultural research that supports practical and easy to follow recipes, ultimately serving as a cultural archive for those wishing to take part in our rich and largely undiscovered cuisine.

The re-activation of these spheres of documentation is relatively new for Sudan, especially following the advent of online media. The dismantling of Sudan’s entrenched regressive governance has paved the way for greater freedom of speech and projects that unify Sudanese communities globally. Following the uprising of 2019, Sudan is experiencing a shift in consciousness regarding the archive. This new generation, some of whom are based overseas, are fully aware of the damaging repercussions of a fading archive on our psyche.

The role of food in Sudanese society is often underappreciated. By looking for meaning in its stories we find representations of marginalized cultures and communities providing a wider understanding of Sudanese culture. Working with food within collaborative projects strengthens our sense of identity and serves to empower our people to look deeper and appreciate Sudanese cuisine as a vehicle to tell a larger story.

4 Dirar, Hamid. The Indigenous Fermented Foods of the Sudan: A Study in African Food and Nutrition. CAB international. 1993 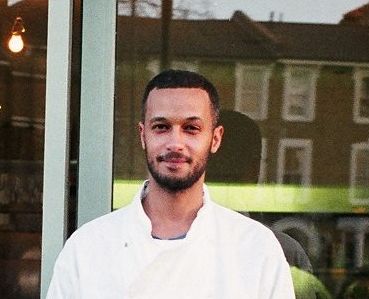 Omer Eltigani, chef and founder of The Sudanese Kitchen, has spent the last few years compiling recipes to make a cookbook and fill the current shortage of Sudanese food in the London food scene.