Colour Culture Through the Kenyan Eye 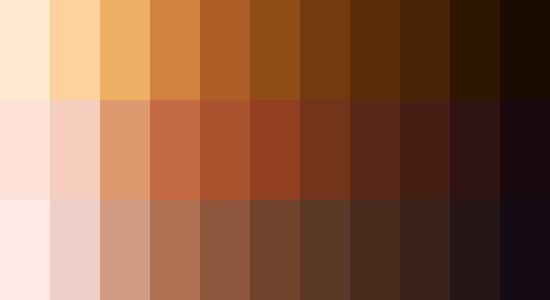 Colourism is the act of prejudice and discrimination against individuals of darker skin tones from lighter tones, particularly within African communities. I am of lighter complexion and often experienced this diabolical practice and its effects firsthand. I have received pats, winks, smiles, go aheads, and even compliments solely attributed to my skin color. I have been considered prettier and sexier compared to my darker-skinned female companions and told I was better suited for my line of work, that TV was made for me just like it was made for Brenda Wairimu a lighter-skinned Kenyan actress who stars in almost all Kenyan movies.

This man once looked me in the eye during an interview and said, "we don't need your credentials, wewe ni rangi ya thao'' a Kenyan Swahili phrase that came up with regards to the color of a thousand shilling Kenyan note which is golden brown and also the highest denomination in Kenyan money. Isn’t it relevant to the topic at hand?

I was perturbed, to say the least, this man did not care to know how hard I have worked or what skills I can offer. As I walked home from that interview all I could think about was if my previous achievements were well deserved or did I just get them because of my skin.

Colourism, a despicable phenomenon is still very much alive in Kenya and Africa at large. Not to be confused with racism since one is the cause of another, or as the world-renowned Kenyan actress, Lupita Nyong'o would put it: “Colourism is the daughter of racism.” 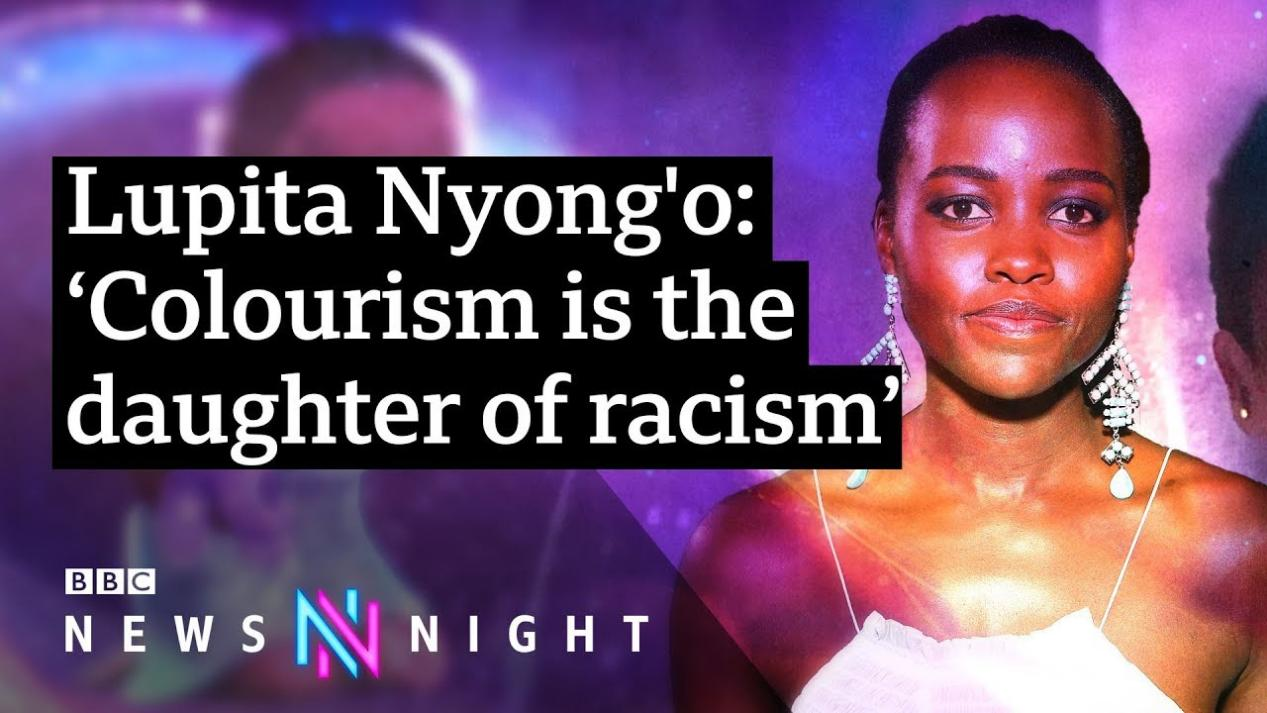 Historically, colourism traces back to the colonial period and slavery. In the 20th century America, white masters would mix with black slaves due to oppression and oftentimes desire, and as a result, brown or mixed kids would come into the world. They were still considered slaves at the time, but with their lighter-skinned complexion indicating a trace of white blood in their veins, they were treated better. Lighter-skinned individuals were given less hazardous and in-house chores while their darker counterparts would be assigned outdoor and tough chores, like working in the fields under the burning sun. This practice created a notion that one with lighter skin is offered higher privileges than dark-skinned individuals. And this became the norm among slaves themselves. 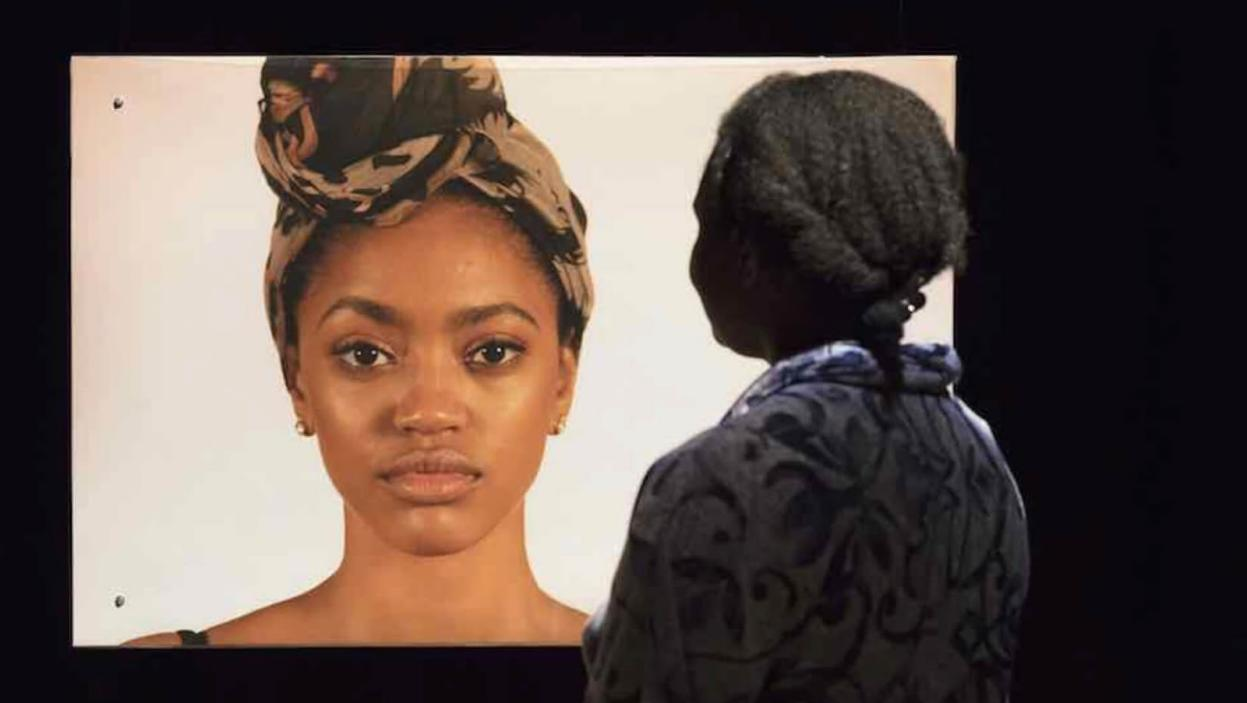 Source: The University of Maine

The paper bag test, a term used to describe a discriminatory practice orchestrated by black people of different shades, is when someone is being held up against an actual brown paper bag or a brown envelope to determine where they fall across the spectrum. If one was lighter than the paper, then as a slave they cost more and they got better privileges. The practice went on for so long that it was even seen in higher learning institutions and was used as a criterion for picking members of sororities and fraternities. The lighter you are, the more educated and more wanted you become. 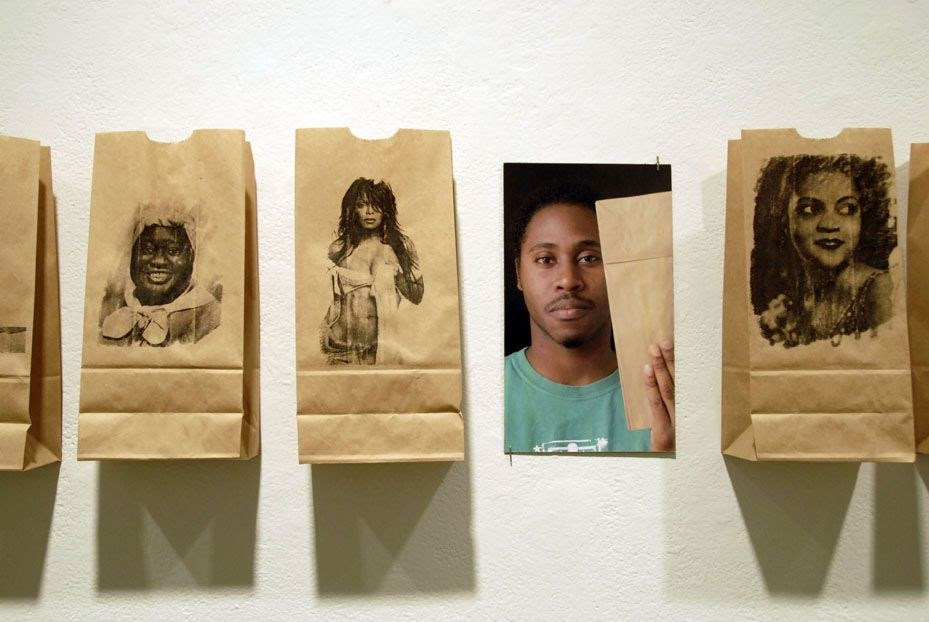 Kenya, a former British colony with 42 ethnic groups is still suffering from skin color stratification due to the influence caused by their masters. To date, in Kenya, an oval face, light skin, and whiter teeth are what is considered beautiful or 'mali safi' another Swahili phrase that loosely translates to clean goods. With the westernized influence of pop culture, this was a notion that was basically drilled into the Kenyan mentality and wasn't viewed as wrong anymore, on the contrary, it was adopted.

History books as taught in schools insinuate that the beautiful scenery and tourist attractions in Kenya, which made visits by outsiders very frequent, also contributed to colorism. Most tourists from Europe, the Middle East, and America came and liked what they saw. A good number decided to stay and intermarry leading to a whole new breed that was considered prettier due to their lighter skin, hence the introduction of colorism in Kenya. To date, most coastal residents would rather settle with an outsider than an insider.

Africa and the world, in general, have come a long way in trying to abolish this despicable and inhumane narrative and solve the issue once and for all. But with every new age comes new challenges. Colorism is still very deeply rooted in African and East African countries. The number of women in Africa using bleaching products has gone up over the years. According to data provided by Zion, a market research firm, skin lightening product sales are set to hike to $8.9 billion by 2024 which is up from $4 billion in 2017.

In the wake of systemic racism global corporations have resorted to using different terms such as radiant, glowing, and bright to cover up for what it actually is, bleaching! 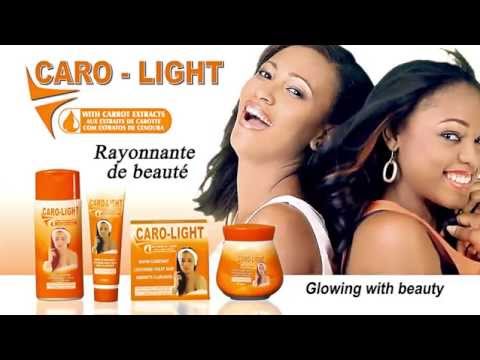 A report by Der Spegiel a German newspaper gives insight into how pregnant Ghanaian women have resorted to taking tablets that supposedly make their babies lighter just to give them a shot at a better life. This phenomenon is not only rooted in East Africa but also across Africa. Various outcomes have also indicated that colorism affects workplace preferences with huge margins. Fair-skinned applicants in the media, television and film industry tend to get higher ratings and more callbacks compared to darker-skinned ones.

Vera Sidika, a well-known socialite in Kenya who recently lightened her skin, said in an interview that the response to the change is overwhelming. She got more business deals and more gigs as soon as she lightened her skin. Men compliment her more and even the number of suitors has increased. “It is life-changing,” she says.

Surprisingly for men, it's the complete opposite. Bill, a Kenyan photographer of lighter complexion who wishes to remain anonymous has shared experiences where he was bullied and called “weak” just because of his skin. Bill has been challenged to fights just so people would see if he turns pink when hit. In Kenya, darker-skinned men are associated with strength, authenticity, and masculinity which has led to the fair-skinned man being perceived as less manly. It is okay for a woman in Kenya to be light but not a man, lest they are considered sissies or losers. The double standards here are of staggering proportions, to say the least.

What can be done?

Years of social conditioning and systemic oppression have been the biggest challenge for abolition. It has left a hole, a void filled with a sense of false identity. More needs to be done.

Governments in Africa have tried to regulate the sales of harmful bleaching products by placing incentives and penalties to abolish this illegal practice, but still, it has proven insufficient.

Creating awareness, talking about it, and calling it out should be a stepping stone to change this euro-centric and superficial mentality. Lupita Nyong'o, a Kenyan-born Hollywood actress propels this agenda in her book 'Sulwe' which means star in Luo by narrating her own experience with colorism and teaching young girls to embrace their skin color. 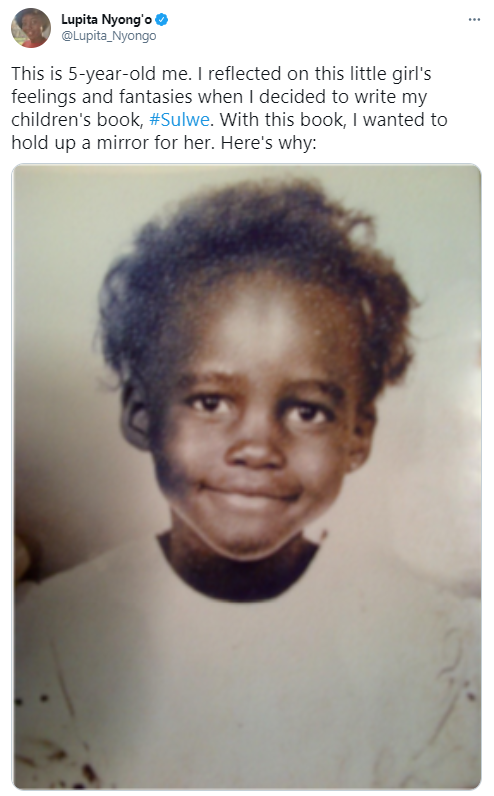 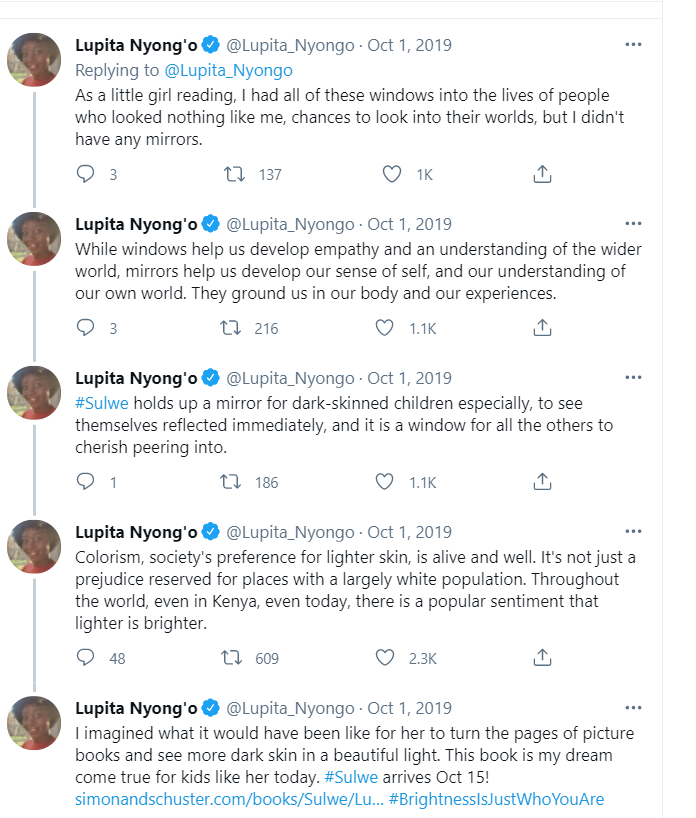 Sautisol, a boy band in Kenya titled a hit song melanin, yet half of the members in the band are engaged to girls of mixed race, The song was received with a lot of contradiction with regards to the authenticity of the message. It all starts with you. Before you hold that banner saying 'we are all equal' or ‘Black lives matter’, before you title a song melanin yet all we see is' rangi ya thao' make sure you are not enabling colorism. Deal with it on the ground before posting about it on Twitter. 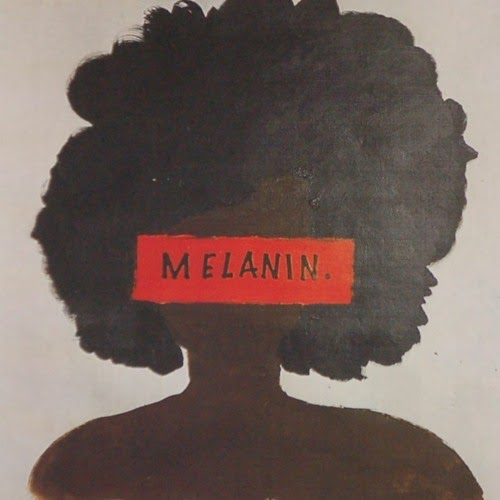 The moment you consider me better than my darker-skinned associate, that is where you go wrong. You are chanting to their songs, you are enabling them. You are saying the lighter the shade, the more important the person which is altogether untrue. By the time we get to the white shade, we have already made them gods.

AFFIRMATION: I might be 'light-skinned, I might get sunburns and all, but honey make no mistake. I am not an ounce better or worse than my darker-skinned companion. I am black, always have been, and always will be. 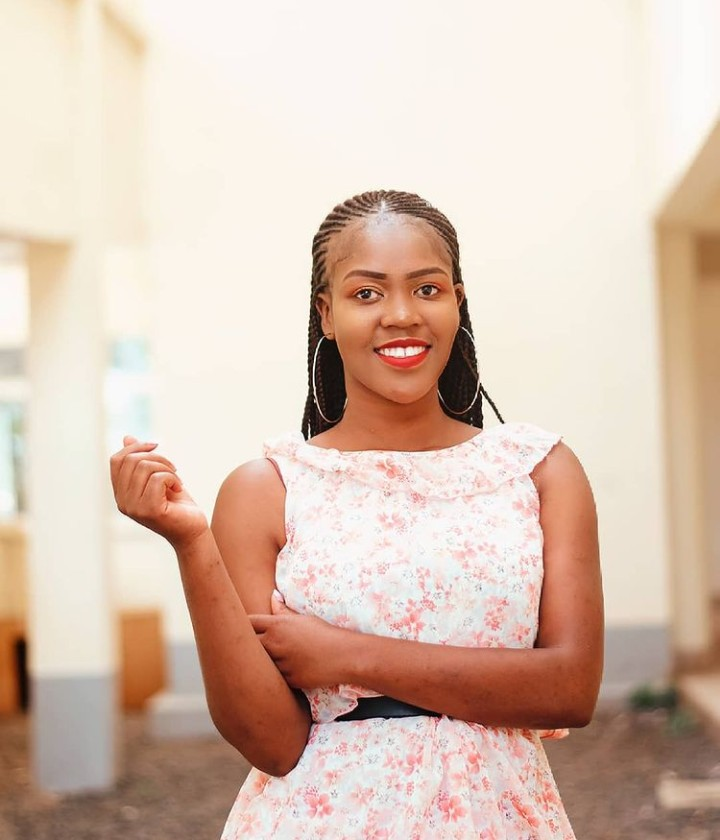 Vivian Obino is a 22-year-old Kenyan journalist, TV presenter, content creator, and writer. She is interested in topics that talk about gender equality, humanity, and fairness. She also doubles as a social butterfly and an extrovert, a fierce feminist, and doesn't mind being sun-kissed by the sun.