Almost 90% of people in Burundi rely on charcoal for energy and domestic use. Amid rapid population growth, the forest's future lies in the balance as people descend on forests for survival. Reports estimate that in 30 years, the forest cover could be erased due to deforestation-driven coal quest, while reforestation projects ramble behind.

Bujumbura and Gitega economic and political towns are the highest consumers of charcoal, because of their big size as cities and the high population. The two cities alone use around 56,548 tons of charcoal, relating to forest coverage loss of between 3,505 and 4,673 hectares.

According to recent studies, Burundi consumes over 100,000 tons of charcoal annually. In addition, one kilogram of coal is needed for ten kilograms of wood. At this rate, the United Nations Program for Development reports that by 2050 forest coverage in Burundi will be wiped out.

The question of energy for use remains a major concern in Burundi. Bujumbura is the most populous city in Burundi with an estimated population of over one million people. The population in the city is growing rapidly and charcoal remains the most desired source of energy for thousands of households.

It is 10 am under the scorching sun, I found 30 year old Joselyne Niyonzima in Bwiza (in the capital Bujumbura) leaving a retailer’s stall with a small basket of charcoal that costs around BIF 500 to BIF 2,000, depending on one’s negotiation skills. 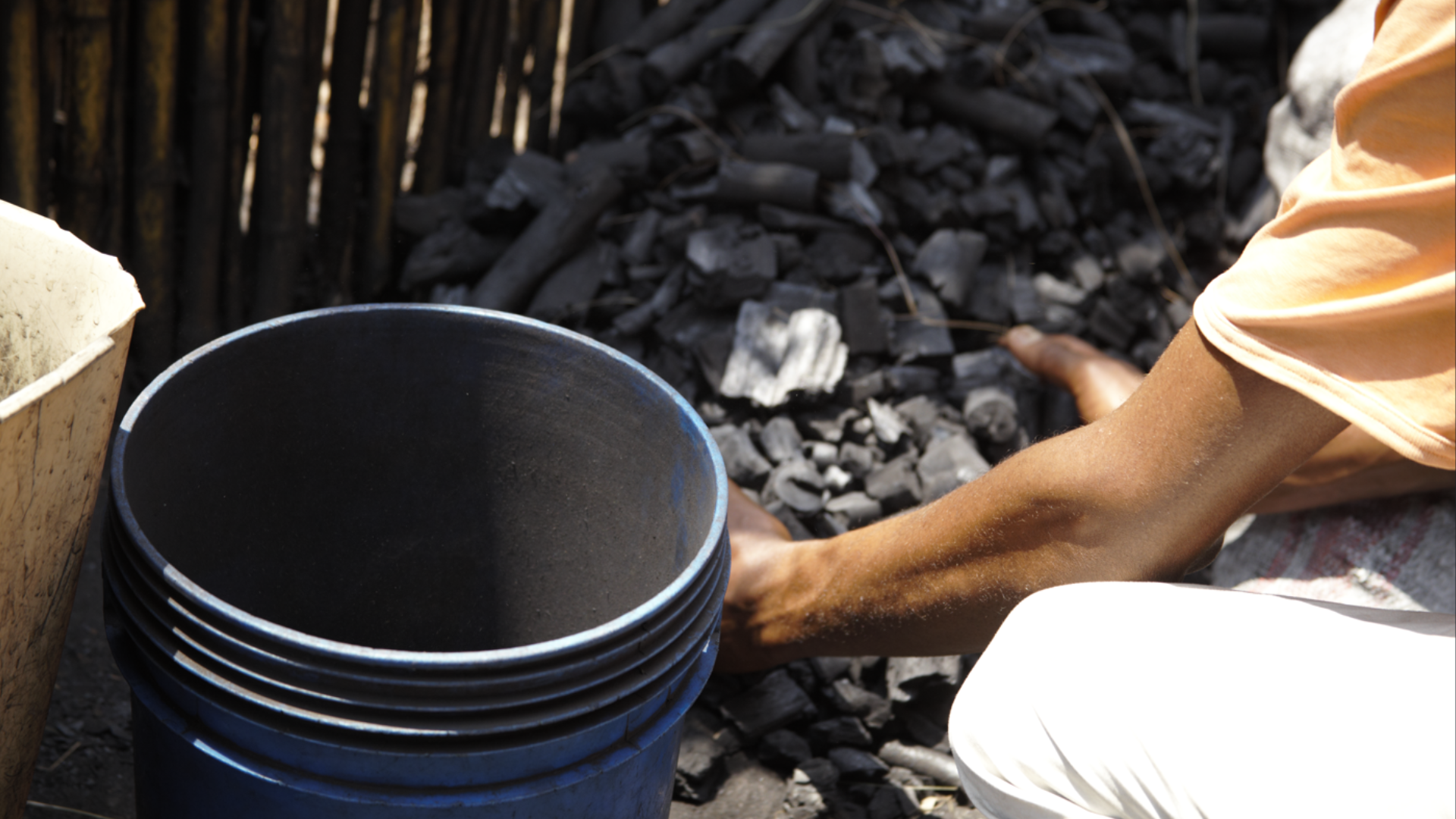 “Things have gone from worse to worst. I used to buy charcoal at BIF 500 that would last a day, but due to the increasing prices, I now spend around BIF 2,000 per day to cook two meals, lunch, and supper,” Joselyne explained. She added that of late, when she buys a bag of charcoal at BIF 50,000, she uses it for just one month after which she will need to stock more. It is more challenging with the tough economic situation.

The suppliers on the other hand attribute the high prices to the very heavy taxes that were imposed on charcoal sales to curb deforestation and protect the environment. Amadi Juma, a young man and a resident of Kamenge, in Northern Bujumbura who deals in charcoal, explains that they now have to pay between BIF 30,000 to 50,000 for a certificate of possession of private afforestation, in addition to transport fees. 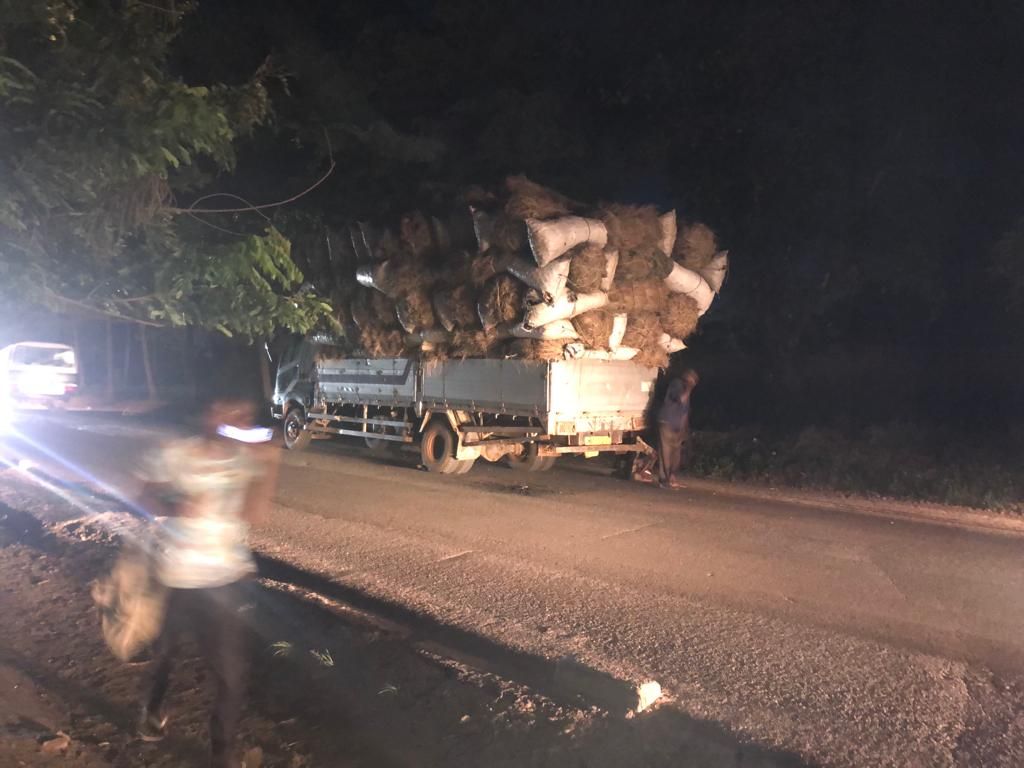 “We had to revise the prices. A bag of charcoal now costs BIF 60,000, which was at 45,000 as of April 2022. In January 2020, it cost as little as 30,000” said Amadi Juma. Much as the prices continue to abnormally shoot up, the demand and use of charcoal enormously continue to increase, with residents claiming that there are no other alternatives in their means. “I cannot afford gas for cooking, it is a prestige of well-to-do families. If you compare it with the other alternatives, charcoal is still easily accessible,” said Joselyne.

Human pressure on trees does not stop with charcoal. According to government officials, almost 100% of rural Burundians use wood for cooking. In addition, rural areas rely on cutting trees to supply themselves with energy. Again, charcoal is the most used fuel in Burundi for cooking meals in households as well as in restaurants, especially in Gitega, the political capital.

Charcoal prices in the political capital have also skyrocketed, stretching from BIF 18,000 to 30,000 per bag. For the first time, families who cannot afford to buy a bag of charcoal and who buy a small basket of charcoal from retail vendors are paying BIF 2,000 instead of BIF 1,000

Environmentalists have noted that with the increase in road tariffs, there has been very little impact, rather the trees have decreased. There are not enough trees to meet the charcoal demand in Gitega. Even the little harvest that exists is shipped to Bujumbura. 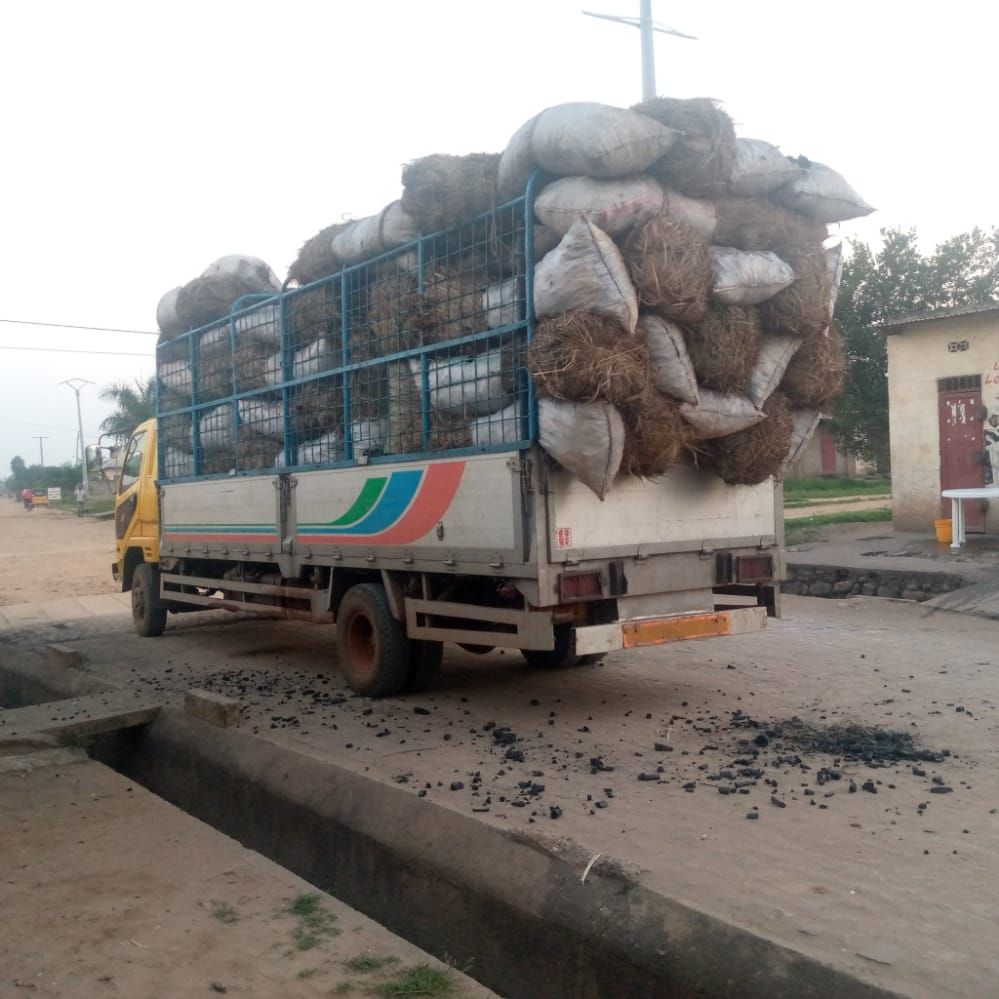 "Trucks from Bujumbura crisscross several communes of Gitega province to collect all the coal produced. You can understand why the price has increased," say coal suppliers Juma found Matana, Bururi province.

Raw materials like trees are declining according to Kabura Paul, a resident of Matana. He fears that climate change is a big threat to food security, and has shortened harvest due to scarcity of rain. Kabura reveals that before it used to rain heavily, but with the deforestation due to charcoal burning, the rainy seasons have been hugely impacted.

Claudine Shurweryimana the assistant to the minister in charge of energy confirms that firewood and charcoal remain the main sources of energy and calls on the population to try other alternatives. He adds that over 90% of Burundi’s population uses wood and this has a very negative impact on natural resources, especially forests and woodlands.

Before the search for wood that has driven deforestation, Burundi is facing a reduction in forest cover. The natural forests that used to cover 30-50% of the territory have shrunk and only about 6.6% is left. 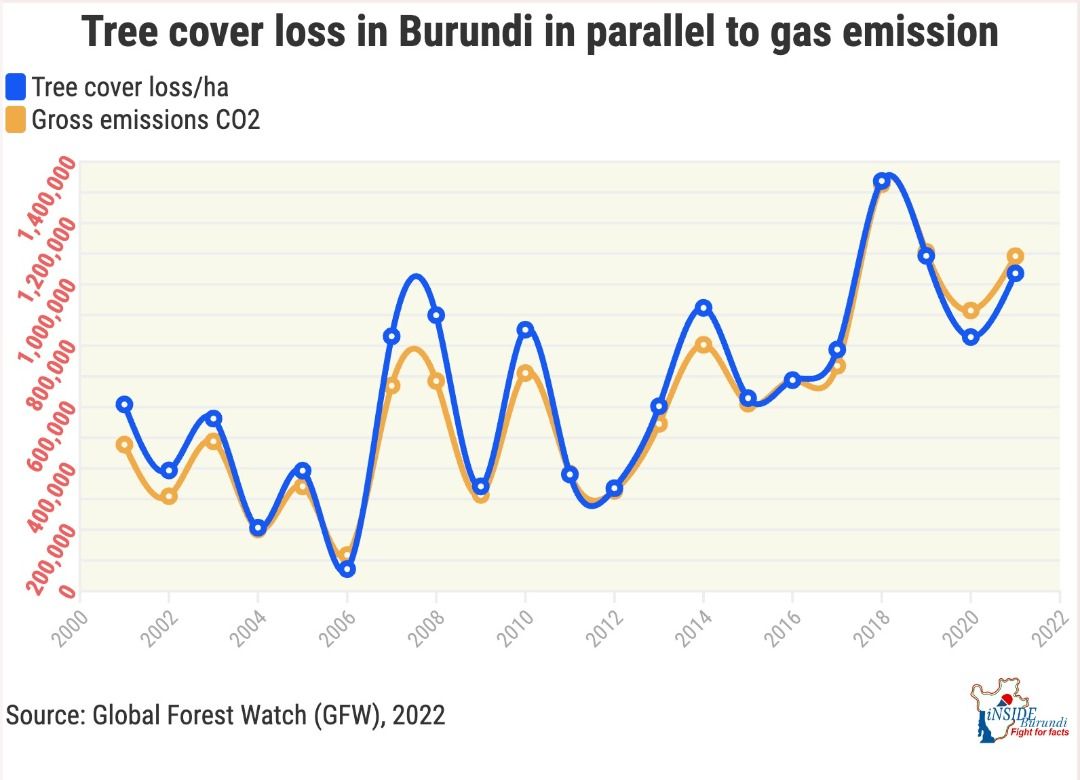 From 2001 to 2021, Burundi lost 10% of tree cover in areas where the dominant drivers of loss resulted in deforestation. Today, it is easy to see a mountain with its natural vegetation completely erased, leaving it bare and unable to fight soil erosion and sediment shipment. The consequences ricochet on lakes and rivers biodiversity mainly Lake Tanganyika, and affluent to the lake. 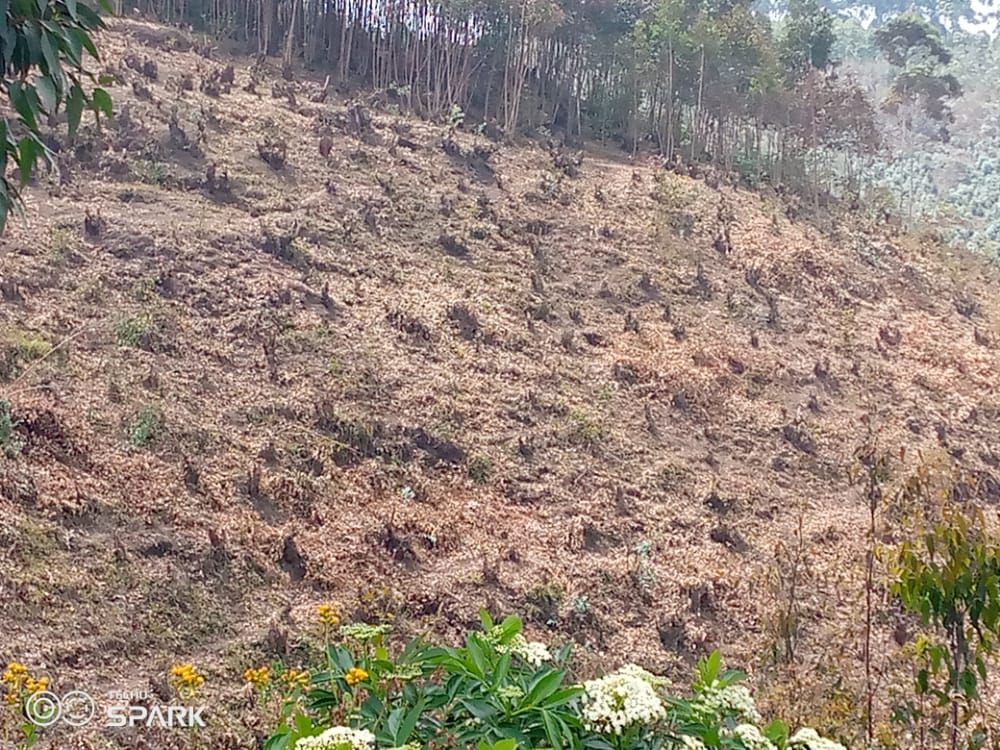 A recovering hill after it was erased due to charcoal burning in Matana, Bururi, Eastern Burundi. Source: Espoir Iradukunda

“The problem is that with the change in landscape due to forest destruction, there will also be an ecological change. Burundi will slowly turn into a desert”, noted Jean-Marie Sabushimike, a Geomorphologist and Professor at the University of Burundi.

Sabushimike added that it is paramount to think of other alternative sources of energy and consistency in promoting their use. He stressed that the reforestation project which is already underway and initiated by the public authorities, remains a partial solution if the use of other forms of energy fails.

In this perspective, efforts have been implemented by entrepreneurs, activists, and environmental advocates. They have tried to fight deforestation by providing other sources of energy or planting trees in regions where deforestation is high- such as Southern and central Burundi.

Kaze Delphin, the Managing Director of Kaze Green Economy (KAGE), a company that produces fuels aimed at substituting charcoal and firewood, reassures that the price of fuel briquettes is cheaper compared to charcoal or firewood. 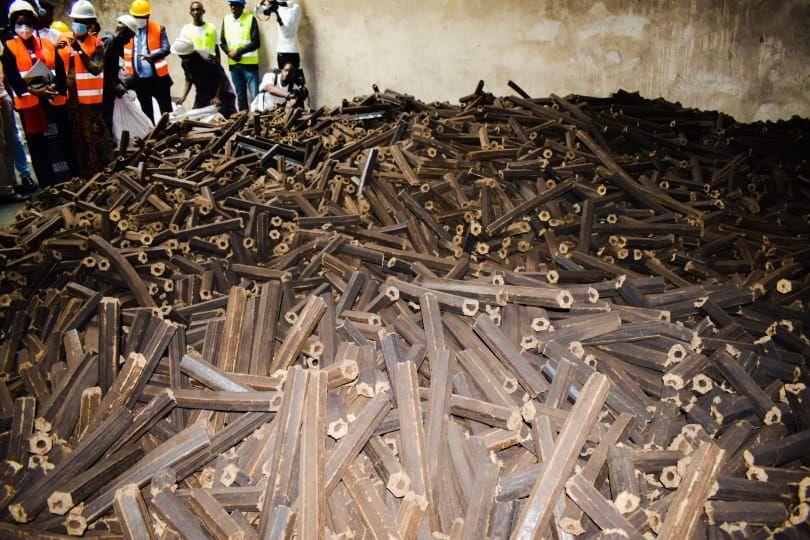 KAGE’s Briquettes are considered to be the best alternative to charcoal. Source: Espoir Iradukunda

According to Kaze, a person who uses BIF 5,000 to buy coal for cooking food will now only use BIF 2,500 and BIF 3,000 with fuel briquettes. That is a reduction of at least 50%. Kaze notes that they have the capacity to produce more briquettes if the demand increases. KAGE was producing 40 kilograms per day in 2018, but have managed to acquire more production machines and they can produce up to 20,000 tons per day. 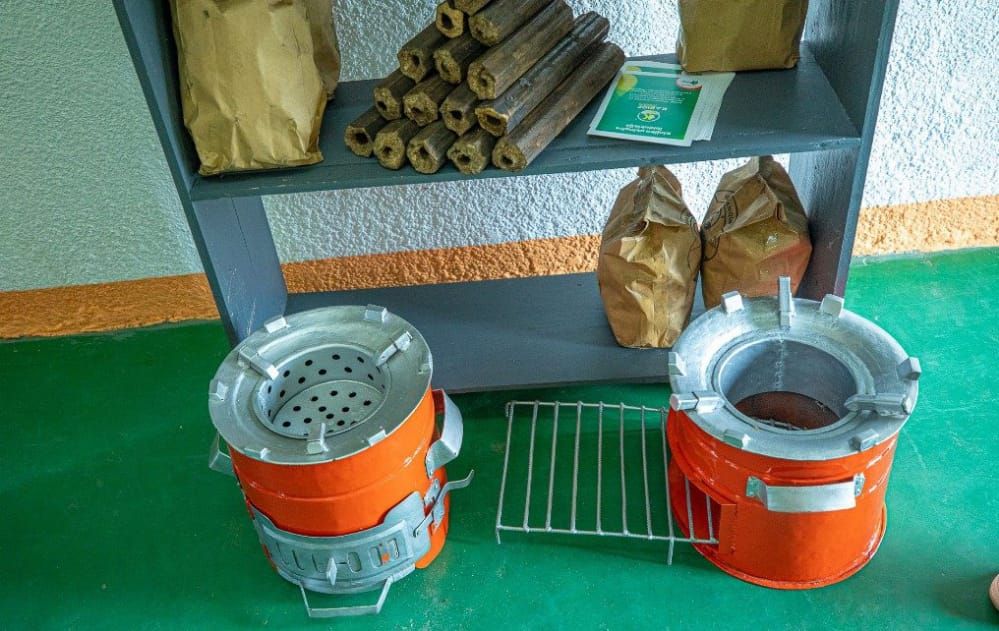 Apart from KAGE, there are other entrepreneurs who have combined forces in reforesting the country. One who stands out for his commendable work is environmentalist Jadot Nkurunziza, together with his association "Twese Biraturaba" which means “it concerns us all.” They have so far planted over 89 million trees in Bujumbura and 16 other provinces.

There is no doubt that Jadot has put to good use his 20 years of experience as an environmentalist and has left a positive mark on the country’s efforts to curb environmental degradation. "Planting trees is more than important. If we take the example of the mountain slopes, we realize that they tend to recede when the trees there are cut and there are no efforts to plant more. Rainwater washes away the bare soil because the trees that would have helped to retain this water are no more. On the other hand, in a country where majority of people depend on agriculture, we need fertile soils and this fertility is provided by the nutrients released by the trees through the rainwater. We should not forget the fruit trees that are important for our food. Trees bring beauty and freshness to the environment”, says Jadot Nkurunziza.

Burundi has other unexploited sources such as peat. Surveys carried out so far estimate the total yield of economically viable peat resources at 57 million tons, located in the plateau swamps (Gitanga, Gisozi, and Matana) and in the Akanyaru Valley (Buyongwe). Approximately 416,159 tons of peat have already been exploited by the Peats National Authority (ONATOUR) since 1977, or approximately 0.73% of the reserves.

Jinny Ange Ndayiteho, Manager of the Peat Planning and Mining Department said that ONATOUR is able to satisfy all the demand, because Burundi has millions of tons of peat, a fuel that could validly replace charcoal which is underused. One thing is certain, Burundi needs to find more sustainable and environmentally friendly solutions to combat deforestation urgently. 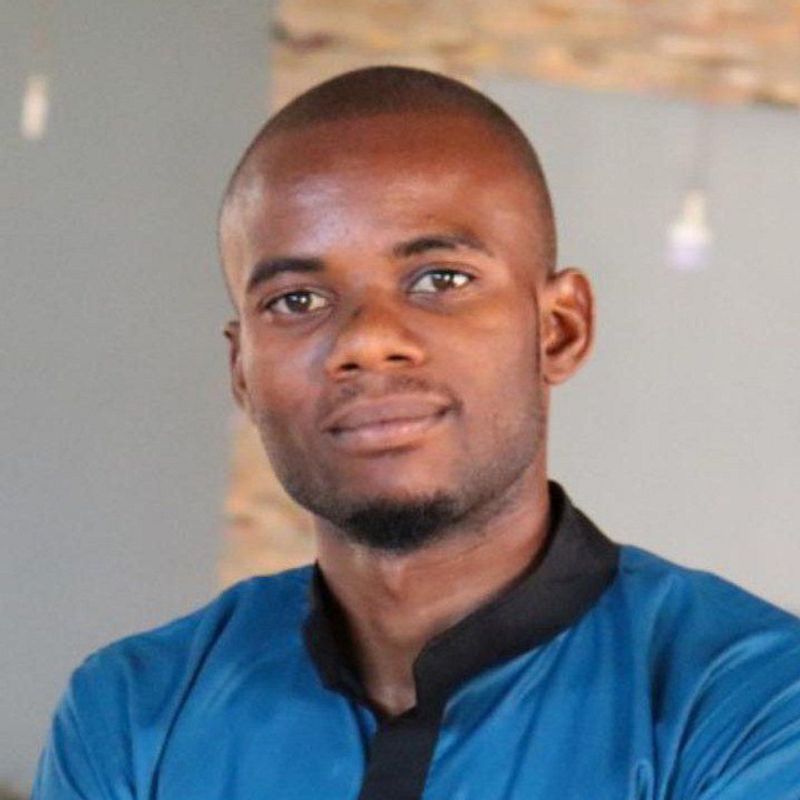 Espoir Iradukunda is an investigative data journalist based in Burundi with an interest in the environment and health fields. He is also a media entrepreneur, trainer, and mentor.