Between Wild and Free: a Book of Power

Between Wild and Free is a novel by Rwandan writer Caroline Numuhire.  Released in late 2020, it quickly became a new sensation for book readers in Kigali for its genuine portrayal of the city. The book is written in simple literary form, following the day to day life of the main character, Linda. The story is set between February to October of 2018, and Kigali takes central stage alongside a few other locations such as Shyorongi and Muhazi.

The beginning of the book beautifully sets the stage for the difficult life that Linda has ahead of her, initiated with a gathering concerning her younger sister’s wedding. The notion that the elder sister gets married first isn’t lost on her. As the wedding takes place, the social pressure to get married hits Linda squarely in the face and in that moment, it doesn’t matter to her that she is lucratively employed and drives her own car. In fact, she decides to sell that car, during which she meets Elton, a tall handsome man who just finished his studies in the US. And he flirts- charmingly, dramatically. In her loneliness, and under the pressure and society scorn due to her sister’s wedding, Linda receives him hungrily. Just in her mind. She starts to fantasize about the two of them together, and a possible marriage.

Hidden in the pages of this book, though, are questions and thoughts that explore Rwandan women’s conservative nature,  pinpointing the powerlessness of powerful women. As Linda gets to know Elton, he continuously drops nasty comments about women, provoking Linda, an argumentative feminist who in any other occasion would have replied, but to Elton, she says nothing at all. In spite of several of Elton’s faults, Linda is very convinced that he is the one. At her thirty first birthday party, she was hoping Elton would jump at the opportunity to cut the cake with her- especially after having finally kissed her. To her chagrin- he doesn’t. Confused, heartbroken, and secretly humiliated, Linda breaks a wide smile and calls her girlfriends to cut the cake with her. In this book, Numuhire conjures up incredibly intimate feelings and reactions we all know too well, and uses them to bring to life the authoritative but vulnerable sides of Linda.

I strongly recommend this book especially to Rwandan readers because the book feels like home. More importantly though, when you go further into the book, you discover that the book puts cards on the table asking and demanding what is and isn’t acceptable in a contemporary romantic relationship. It brings forth issues faced by women in high positions with leading men in business and politics. Questions arise, such as: should these women accept to be used when they wish to settle down? How should Rwandan women handle issues of masculinity from potential life partners, especially if they are financially and/or politically superior? If women choose to stand up for themselves in relationships, do they risk spending the rest of their lives alone? If so, is the solution to be timid and submissive even in moments of plain disrespect? These are really hard questions whose answers could be greatly controversial in a debate. Debates aside though, I believe that these questions need to be answered. Young women and men really have to ask themselves what they expect their relationships to look like, and devise ways to deal with issues of femininity and masculinity because the balance of relationships now rests squarely the shoulders of both counterparts. 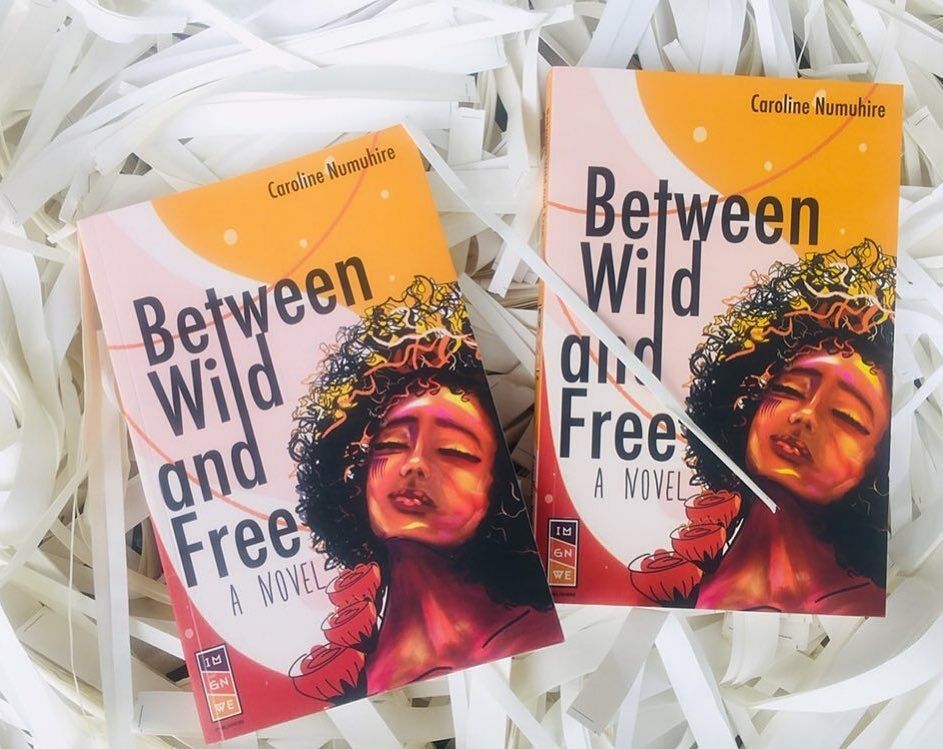 A while ago, I had a motivating conversation with the author of this book, Caroline Numuhire. We discussed the inspiration and the writing process of the book. Below is an edited version of this immensely interesting conversation.

A Conversation with Caroline Numuhire

The very first scene of the book (the wedding meeting) incites a lot of feelings about the status of women in their families. What inspired you to write this scene?

I wanted to describe how in our community a daughter is a family’s property. In our culture, we don’t realize this because we call it dowry. But to be honest, it’s as if they are selling us. People look at women to judge how much money they are worth when we’re not worth any monetary value. We are beyond that. I wanted to put light on that. [Text Wrapping Break]

It’s remarkable how the book talks about female arousal and sexual feelings in a really open way, something that we don’t see often in Rwanda. Was this deliberate? What was it like writing and exploring those particular scenes in which Linda feels like she could throw herself at Elton?

Yes, it was very deliberate. As Rwandan young women, we don’t easily own our femininity, and even less our sexuality. It’s as if it’s a taboo and these conversations take place discreetly, which is a good cultural value. But it also leads to misinformation on what a woman is and isn’t allowed to have. These scenes were important because I wanted this book to sound as authentic as possible, and excluding the parts that we don’t talk about publicly wouldn’t have been truthful to the story. So I had to lean into the discomfort of writing something that I knew people were going to be shocked by. Not everyone is open to talk about this, but as a writer it is my responsibility to be truthful to the character that I’m trying to portray.

Another admirable aspect of the book is the main character, Linda. She is a powerful woman, yet when it comes to love, she's lonely and confused. What does Linda mean to you? And what would you like her to mean to readers, especially young girls?

The reason I wanted to write in the first person point of view was because I wanted to show people who Linda is without shying away from any parts of her. As Rwandans, we like to say ‘we’ but we rarely own our ‘I’. Telling the story from the first person perspective was a big challenge for me because I exposed myself to being confused with Linda, people wondering whether I am Linda or not. But I wanted readers to follow who she is and her thoughts.

The other thing I wanted people to learn from her is that: you can look successful on the outside while you feel lonely on the inside. It’s very important to know which parts of you are not as elevated as your professional success, and that they may be playing at your disadvantage. Spoilers! Towards the end of the book, Linda rediscovers herself. Even if life doesn’t go as she wished, there is an element of self-discovery which is my biggest wish for all young women. There are many young women who go through the path of life without understanding who they are as individuals. Going through some mistakes, sitting down and asking yourself, “What have I done?” can be key to self-discovery. And once you have understood who you are, there is nothing that can easily shake you- certainly not playboys.

What were your expectations from the publication of the book? Have they been fulfilled?

Although people keep saying I shouldn’t think like this but, I really wanted this story to resonate with Rwandans. Of course, writers need to write for bigger audiences. But we don’t have a lot of fiction stories in Rwanda, so to write a contemporary story that resonates with the lives of so many Rwandans was my highest goal.

There are people who can read the book because they are my friends and they want to make me happy. But when I receive a comment from someone I have never met and it says, “hey, I read your story. Oh my God! I love it because of a, b, c, d…” it makes me so happy. This was my biggest expectation: having people coming to me and telling me that we need to talk about the book. This dream was actualized.

What's next for your literary career? What should readers look forward to?

Please look forward to more novels because I have at least three draft ideas lined up. I need to be much more proactive and sit down and do the writing part, but of course I don’t wish for another national lockdown to make this happen. My biggest dream is to be a novelist and for that I really have to produce novels. So please expect more and ask for more novels from me. 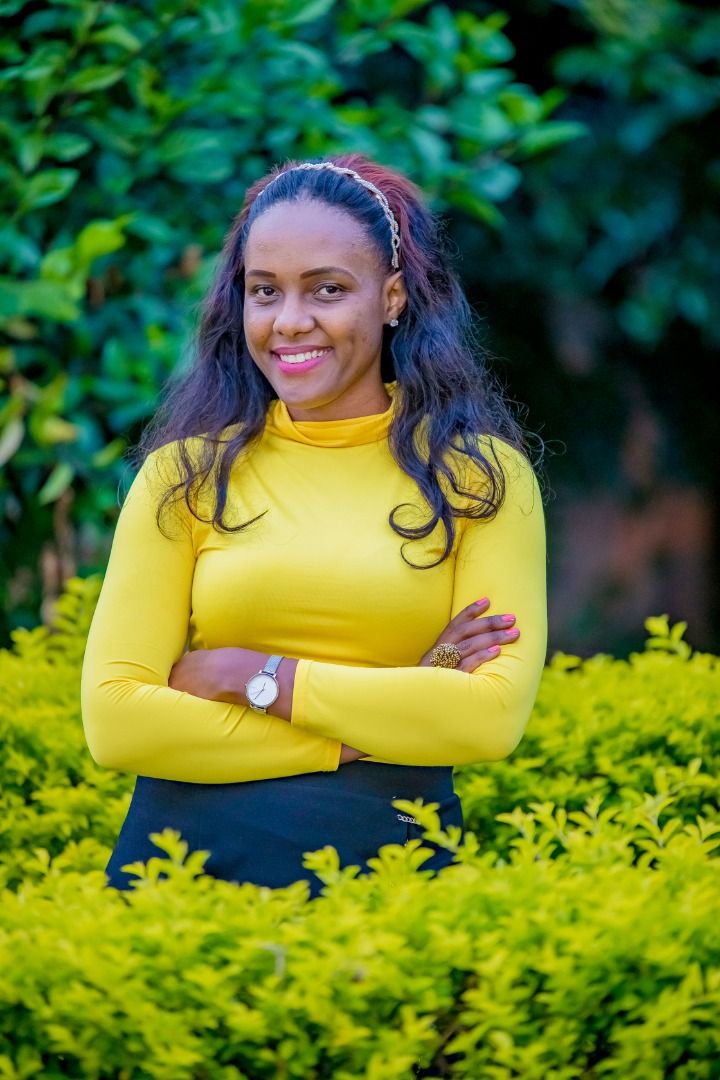 I can easily describe this book as a roller-coaster of emotions, but it’s more than that. I call it a book of power (the power of Rwandan women), because in this book I encountered influential figures like Linda, Bianca and Ada who emerged as some of the strong women we have in our communities today, who hold us when we are weak, who strengthen us when all is lost, and whom we look up to in order to enrich our lives. The fact that they are women who look like me and whose lives have a likeness to mine makes it even more enticing to read.

This book has also been described as nice, funny, encouraging, exquisite, engaging, relatable, raw and genuine by different Rwandan readers. So if you are in Kigali one day, pick up this book, and actively look past this edition's editing defects because a higher level of good writing and a remarkable story shine through, making the book this renowned.

You can order this book online on Amazon.