Workers in the Informal Sector: Global and Local Protection Scenarios

Almost every day of our lives in Sudan we encounter or deal with an informal worker; a tea-lady, a street-food vendor, a school doorkeeper, or the house keeper. There mostly must be an informal female (or male) worker that you have passed by through the day. In a sector such as the “informal” were boundaries are vague, informal workers face a lot of struggles just to pursue a decent living.

The Help novel by Kathryn Stockett is one of the books that brings forth many thoughts. The aftermath of reading it triggers feelings that invite for rethinking the way we see informal female domestic workers.

The Help, however, was one of the funniest reads I have read years back. The number of times this book has given me laughs, pure pleasure and entertainment were countless. The games played by the domestic African-American workers against their white employers, in an age where black Americans were brutally discriminated against, were an interesting exploration for how those brave working women learnt to cope and overcome hardships. And let’s not forget the courage it took for the white journalist, Skeeter (played by Emma Stone in the movie adaptation of the book) to cross dangerous lines, by forming a friendship and connection with the black house-workers. The bond established led to the reporting of their stories to the world, and giving them the voice to reflect on the truth of the way they were being treated by their white employers, in both positive and negative ways. 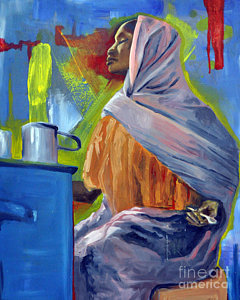 The movie did not fail the book at all in depicting the story in a more engaging and entertaining way. Receiving three Oscar nominations and winning one says so much about it. Viola Davis, however, who portrayed the role of one of the black maids, expressed her dissatisfaction from how the struggle of house-workers was not delivered to the audience in its entirety in the film (but rather through a white journalist perspective). Adding that it lacked a deeper understanding of what these workers were truly feeling. Nonetheless, there is no denial of the marvelousness of the story; how stories of American domestic workers were featured and the efforts of the author to put herself in their shoes to narrate it.

Informal workers and their stories, conditions and daily brawls with the undefined future may not be very visible for them and for us as they are an under-represented topic in global discourse. Many unanswered questions and behind-the-scene scenarios come to mind. Such as: are they being subjected to abuse, the way we saw in The Help book/film? Do they report it? Are there any regulations that grant them protection? Are they aware of their rights? What about the migrants/foreigners rights in the informal sector?

For domestic servants, the unspeakable ill treatment of house-keepers had in some cases spurred governments’ intervention, as in the example of the Kuwait incident. The incident led to further discussions between the diplomatic delegations of both Kuwait and the Philippines, with the latter momentarily banning its citizens from traveling to work in the UAE (a condition that was later lifted). This spurred a more concrete effort to establish a defined legal framework for Ethiopian domestic workers in the UAE.

To get a clearer understanding of the situation of the female informal workers in Sudan, an interview conducted with Sulaima Ishaq, a lecturer at Ahfad University has helped in clarifying some of the questions we had in mind. Sulaima is a senior child therapist and head of the Ahfad Trauma Center. The struggles faced by informal workers as Sulaima has reported are many; including but not limited to: poverty, insecure working conditions as well as the lack of awareness of their rights, physical & verbal violence and sexual harassment. They mostly receive violence from customers when the latter refuse to pay for the services incurred by the informal female workers. Sulaima also mentioned cases of police officers misusing their authorities and mistreating female informal workers. Very few actually report to the officials the violent incidents they are subjected to. But the majority resorts to telling their friends, acquaintances, family members, and civil society workers.

Sulaima mentioned the existence of law articles that can protect informal female workers, but they are rather vague and not specific. This gives room for inept attitudes of law enforcers to intervene in applying the law. Refugee informal female workers on the other hand don’t fall under such regulations, making them more vulnerable to abuse. 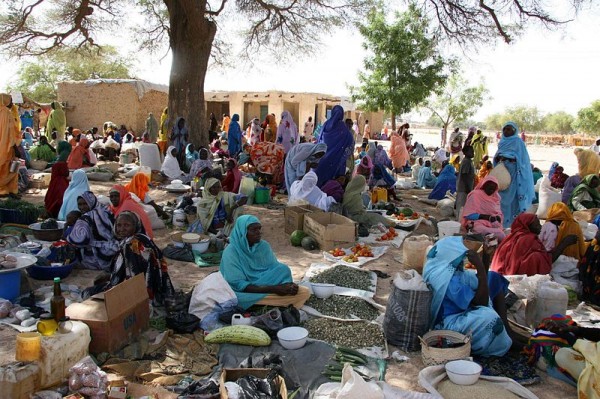 In an attempt to shed more light on the issue, a number of short documentary films were produced by SIHA network. The films tell stories of informal female workers in different sectors. Each film presented an angle of the issue, and insights on how the women overcome their daily struggles in order to survive.

An online search for numbers and statistics relating to abuse and/or harassment towards informal sector working women in Sudan came to no avail. As the Global Database on Violence against women states, for Sudan there is no official national statistics on lifetime or past 12 months physical/sexual intimate partner violence, or non-partner violence, let alone any statistics concerning informal workers. Other local movements and initiatives that are based in Sudan also lack the statistics on violence towards informal female workers, which makes it even harder to quantify the size and dimensions of the problem. Some movements such as “No to Women Oppression – لا لقهر النساء” are active in this area, but they face challenges in their work.

What Sulaima suggests is a reformed way of thinking that promotes a more positive view of informal workers. A more scientific approach, she says “needs to be well researched and adopted for the problem to be tackled more efficiently”. In her own words, communities should “own the problem”, and prepare themselves to embrace the change the suggested solutions articulate.