In this piece we will discuss one of the worst social customs practiced in some communities in South Sudan, particularly the Nilotic communities. The above subject is not a generalization, but some still adhere to this backward habit and fail to see any harm in doing so, while it is harmful by forcing it on the victim without her having the slightest opinion or decision on the matter. Wife inheritance is a practice that oppresses women in the way they practice their lives normally and sets upon them negative restrictions.

Inheritance of the wife is a practice that is enforced on women whose husbands have died without any desire to leave their wives. The usual procedure is to transfer a wife who has become a widow to a brother of her deceased husband or a cousin in the event that she has not reached her menopause or the end of the menstrual period. In principle, the late husband’s relative should be financially and biologically able to support and reproduce the inherited wife.

Once a wife is inherited by the late-husband’s brother, they both live together as husband and wife and they can have new children, but the children of the inherited mother are attributed to her late husband. The inheritor here is simply a tool for reproduction. It is also not obligatory that they live under the same roof, and he has the right to marry any other woman he desires as a wife. The inherited wife lives under the care of her husband’s family if she did not have a separate housing. The inheritor merely comes when the date of fertilization is nearing to perform the duty of reproducing. One may inherit four wives or more if he has no brothers or cousins.

Marriage is a sacred bond that binds two lovers who are sure that God is the only one who knows what will happen to each of them, and what their fates and lives hide. So, why would we interfere in the personal and psychological affairs of the wife and impose what she may not accept? 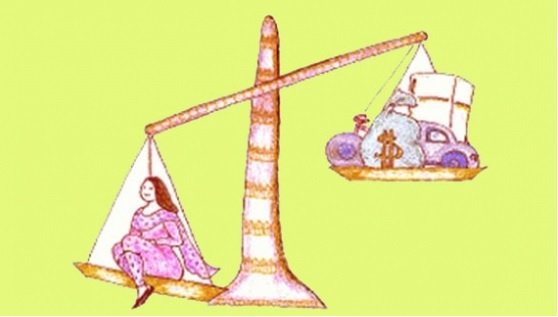 The inheritance of a wife might be considered as one of the social solutions in a specific context. It is done to ensure the woman is restricted to staying associated to her late husband's family; thus preventing the so-called marriage of the wife again, and keeping the dowry that was paid to her family without having to retrieve it back in case the woman decided to leave her late husband’s family. On the other hand, this habit is harmful because it hurts the women psychologically, for this marriage is just a forced commitment that forces her to surrender her right to choose a partner. With this she submits to marrying a person she did not choose, out of fear of her family.

There is no justification for this psychological harm, especially if it is at the very beginning of her life.One feels insulted when forced to do something that does not satisfy themselves. Here, she stands between two options; either she agrees to be married to one of her late husband's brothers or cousins, or to never marry a stranger and to remain a widow. The latter option is rarely applied.

A. M. is one of the women who went through this experience. She said that it is always about her children, that is why she has sacrificed and accepted the choice. If she marries a stranger, she thinks that he will not care about her children, and will only focus his attention at her and it eventually will affect the children negatively. As for her personal and intimate needs, she needs someone who cares about her and satisfies her needs, regardless of who he is. Being a brother to her late husband does not matter as much as whether he meets her psychological needs, thus, the issue must be looked at from another angle.

Y. D. is a city dweller, she is educated and in her mid-thirties. She does not support the idea, despite being forced to marry a relative who took the role of her late husband. She had to agree for reasons she does not want to mention, saying that she was insulted at the beginning of the new relationship and was feeling disgusted when she finds herself with someone whom she has regarded as a brother to her in the past; a person she respected. And that habit harms one's psyche rather than preserving the rights of children.

N. M. has submitted to the idea after being forced to accept. She says that it is very difficult to intimately live with her late husband’s brother. On the other hand, it does not hurt too much, and it helps in nurturing the children's belonging and love for their relatives.She admitted that with time she became more attached to her late-husband’s brother and loved him, because he was affectionate with her. He later married another woman to have sons carrying his name; and she became jealous as if he was her own, even though she knew that he was only on a compulsory family mission and nothing more than that. 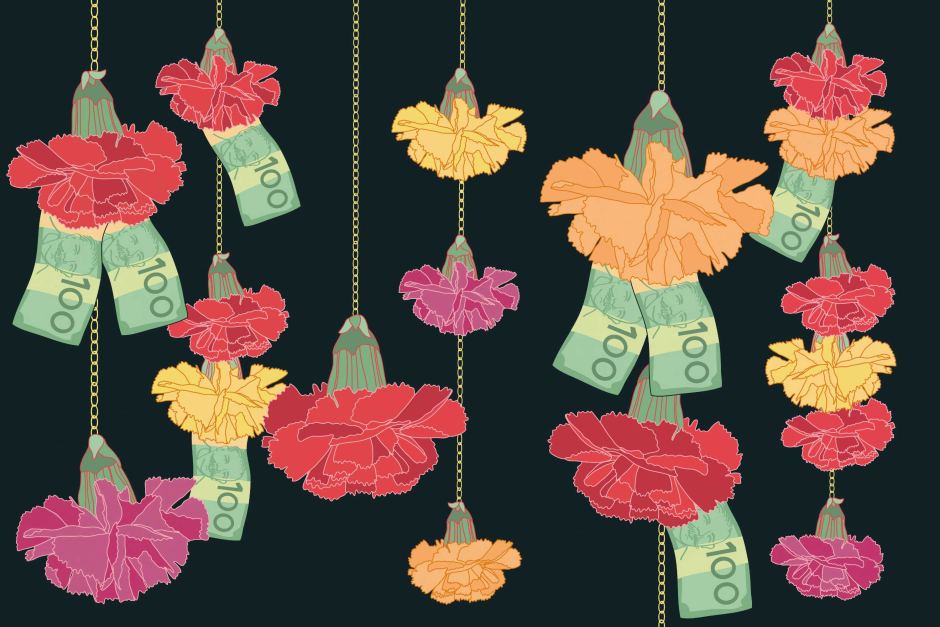 Women in the South Sudanese society are still unaware of their most basic rights, especially rural, and urban women who have not yet been liberated. They regard themselves as the object, the first and last victims of society, while they can be the subject and the ones in charge. A woman becomes accustomed to the conventional role that has socially been assigned to her, and she was raised in, and becomes intimidated by freedom, preferring instead to languish in the backward restrictions rather than move towards challenges.

It is clear from this treatment that the woman is a wild card that is used for the benefits of the late-husband's family, there is no consideration for her feelings and freedom of choice and psychological comfort; it does not matter if she has wishes and needs. In the same regard, if the late-husband’s brother or cousin died for some reason, or if he was not able to reproduce, the wife has to marry one of their sons. The son of her late-husband’s brother is regarded as her own son. How can such matters happen? How do you force a wife to marry someone like her brother or son?

Such habits must be eliminated by enacting laws and regulations that prevent them, because they harm the woman’s mental health. She has the right to marry the one she loves and feels comfortable with. She is not a child to be forced to do such things. What is wrong with marrying a strange man? A woman must not give up her rights and bow to the things that oppress her as a human being, and she should realize that the norms and beliefs of her people are subject to change; that her rejection of what does not satisfy her is not wrong or shameful.

The issue of wife inheritance deserves a thorough study that includes all the negative and positive aspects.It is a case that is considered complex and deep when analyzed because it is designed to organize the life of a certain group in how they live among themselves, preserve the genes of children and the paid dowry. It is difficult to change or remove norms; however, viewpoints must be presented in some of them, even when there is a lack of consensus; because openness forces one to look at things from other unfamiliar angles; then it would be desirable if those involved could communicate the justification behind rejection of this backward custom. 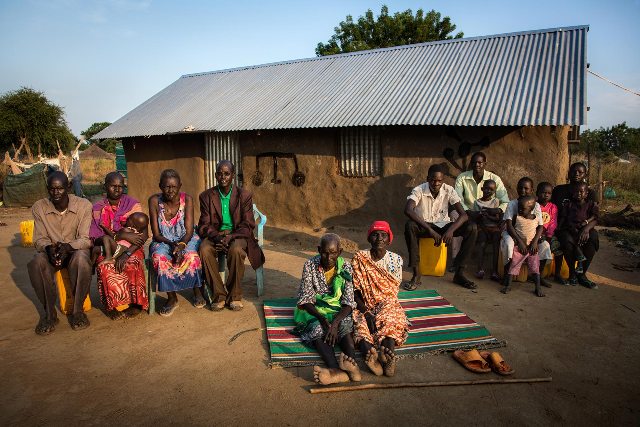 The mentioned examples included the disadvantages and advantages of the phenomenon of wife inheritance.It is noted that surrendering and sacrifice were the fate of each wife, and do not forget that she was forced to do so within the context of this custom. In the absence of health awareness, this will harm the health of the wife and children. Yes, there will be matching genes, but the safety of the wife is a must when she is being referred randomly to a person in rituals that have no conditions. It is clear that the role of women here is only for reproduction. Thus placing them in an arrangement where they are prisoners in the cell of life sentence only out of the excessive selfishness of the husband's family. The one who inherited her as his wife even has the right to marry another and settle in a different place; while visiting her in secret or in public embarrassment.

Why did the social authorities not establish rules of wife-inheritance that would be fair to both parties? For example, enacting certain legal conditions established on how to refer a wife to one of the late-husband relatives; if such conditions were not met, the wife has to choose who she wants outside the family.

We can agree or disagree, but it is inherent to address such a deep issue that has several angles and camps of supporters and opponents. Each of us has a personal view and we are not unanimously in agreement, because it is not a divine text from heaven, but just a personal analysis. Hoping that the

specialized authorities concerned with women's affairs will take interest and pay attention to this issues and others such as the education of girls and the marriage of minors. 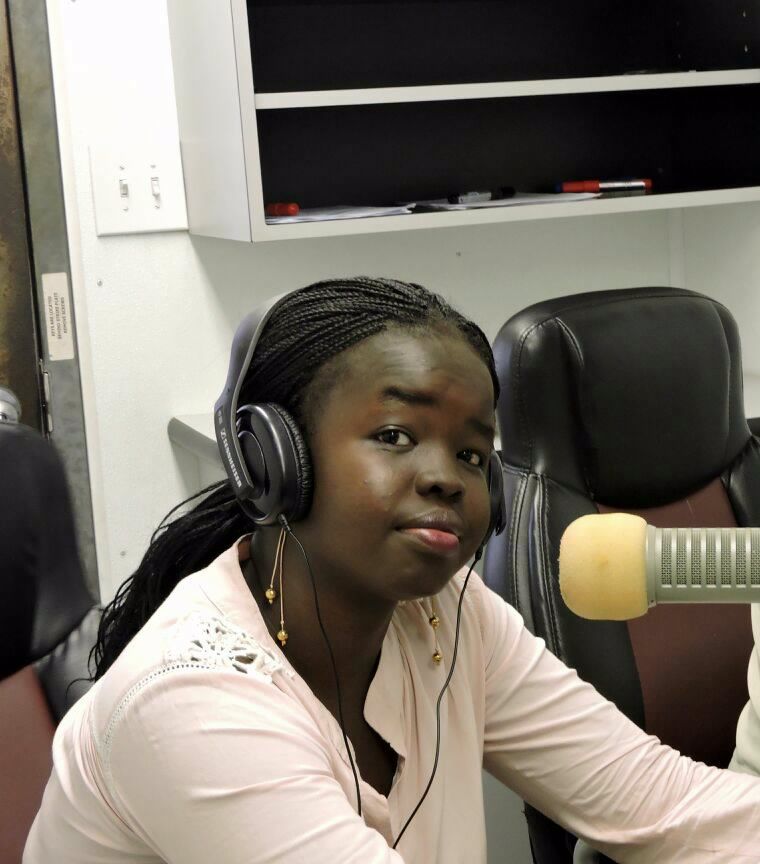 Athiek Abraham is a writer and journalist from South Sudan. She graduated from the University of Juba, Department of Public Administration. Athiek believes in the abilities and compositions of women and is interested in listening to music and reading literary novels. She is also interested in societal issues that strengthen her awareness about the pulse of life.