The Legal Case for Harassment in Sudan: Qabas Abdulrahim’s Story

Qabas Omer Abdulrahim and her sister Shahd were walking down a street last May. They were going home near the central market south of Khartoum. It started with a young man following them while they were going to the bus stop. He first harassed them verbally and then started uttering sexual innuendos and commenting on their body shapes. When Qabas confronted him and decided to stop him, he protested and pretended to speak on the phone. The young ladies kept ignoring him as they considered it something that happens every day for ladies in public.

Things escalated after Qabas and her sister rode the bus, as the harasser came back and continued harassing them verbally in a filthy and consistent way in front of the people who were in the scene. None of the other passengers tried to intervene and stop the harasser to aid Qabas and her sister. Recalling that moment Qabas said “I felt embarrassed and humiliated by his behavior, at that moment I decided to end it and I got off the bus and started clashing with him. My sister joined me and another young lady we don’t know also did the same and tried to prevent the harasser from attacking me. None of the people around us, not men or women, tried to stop it at the beginning. Until the harasser hit me and I blacked out for seconds, because he hit me very hard. Throughout the situation, the other young lady still tried to keep the harasser away from me and defended me”. The unknown young lady stood with Qabas and Shahd and didn’t give up on them. The audience preferred to end the situation and advised Qabas to get away from the scene.

Qabas and Shahd and the third young lady went to take the bus again. Qabas was sitting on a seat near the window and the harasser came back again and started to provoke her. At that point Qabas told her sister Shahd to call the police, but couldn’t convince the people around to catch the harasser until the police came. One of them explained that it doesn’t affect him if they catch the harasser or not and another one told her to ignore the entire situation and never confront the culprit again. Qabas insisted on confronting the harasser and handing him to the police. When the harasser noticed the mention of the police, he started to move towards to Al-Sahafa neighborhood, but Qabas and Shahd followed him and told the guys in the neighborhood to catch him for harassing them. The young men caught him as he tried to run away and handed him to the police force which arrived in ten minutes. 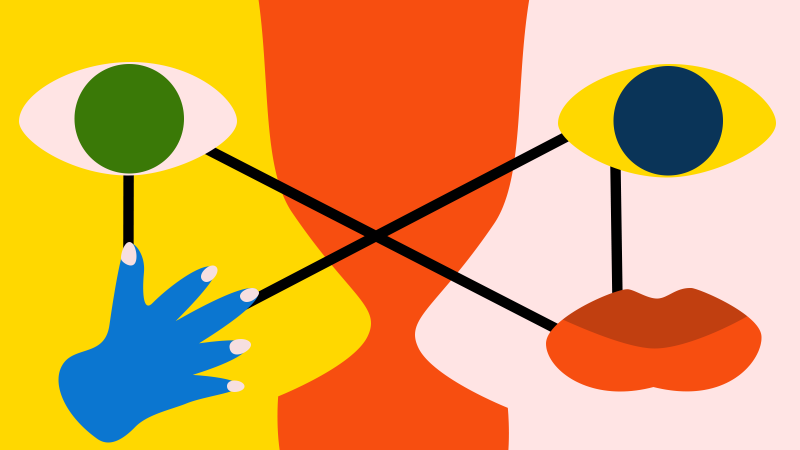 Illustration by Ashley Siebels via theladders.com

The Trial of the Harasser

The police went to Al-sahafa police station and Qabas was asked to go to Ibrahim Malik hospital to get a medical document for the legal proceedings. A case was opened under Article 142 and later there were charges added under the Articles 151-1 (harassment) and 160 (abuse). A few days later, Qabas was told there will be a trial on the same day and the first hearing will be on Thursday of that week. The trial was delayed to Sunday as the management of the prison was not told 48 hours before the trial so they could not move the prisoner in time for the trial. On Sunday, all statements were heard and the court decided that the harasser would spend six months in jail and was charged with flogging 75 times and a 1000 Sudanese Pounds fine, plus an additional 3 months in jail in case he did not pay the fine.

Qabas concludes: “I had to confront the harasser as I felt helpless from his behavior and his boldness and the fact the he will harass more girls, and people didn’t move to support us. The main reason why I am publishing my story is that I hope it will be an inspiration for other girls like me who were harassed in the most hideous ways. Not many of them can take their right because they are afraid of how the society will look at them or maybe they doubt the Sudanese judicial system”.

The Criminal Code for Harassment in the Sudanese Law