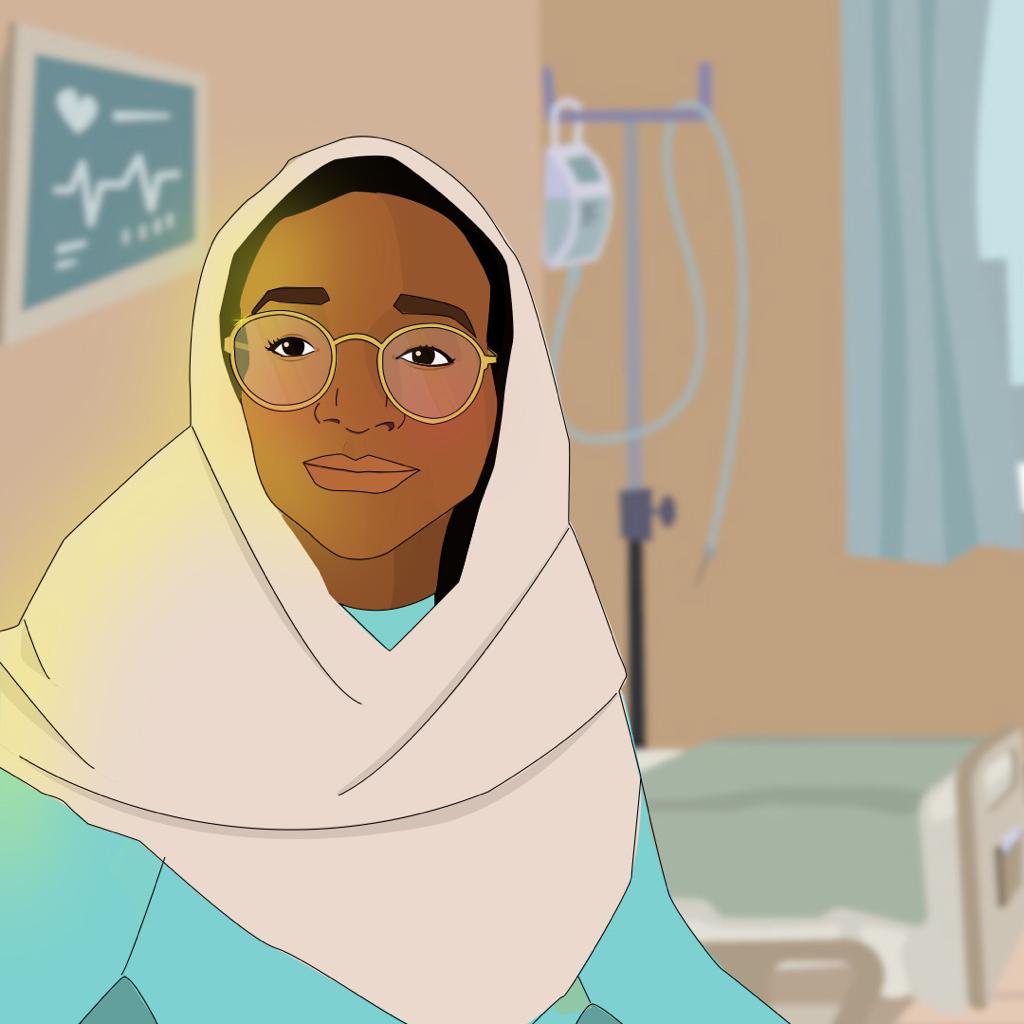 As a 25-year-old COVID19 survivor, Mihad describes the experience as "good", because she was fortunate enough to have a supportive community. The news was slightly shocking to her and her family members, but as a motivational speaker, she managed to re-assure herself. While at the isolation center, people were very supportive and assuring, which helped her overcome her initial feelings. Despite that, after recovering she felt some confusion, but it didn't last long. The confusion was due to the rapid change in routine and environment after isolation. She overcame the confusion because she had work and deadlines to meet, so she adapted to the new system.

Most of the community, including her neighbors, were very supportive. After she left for the isolation center, they took care of her family by checking on them and making them food, because they were isolated at home. Mihad tells us that hers were not the first family to catch the disease in the neighborhood.

People in Sudan assume the worst is going to happen to the infected people due to high levels of stigma and alarming death rate. Mihad received some frustrating messages like "we wish we knew you or met you before you got infected". Such messages made her feel like she's going to die. She told us If she's going to regret one thing, it would be that she left the house and went out in the first place, but it was meant to happen so she could not have controlled this.

Mihad's advice to all infected people is to not blame themselves, and try to look at the bright side and benefit from the experience. 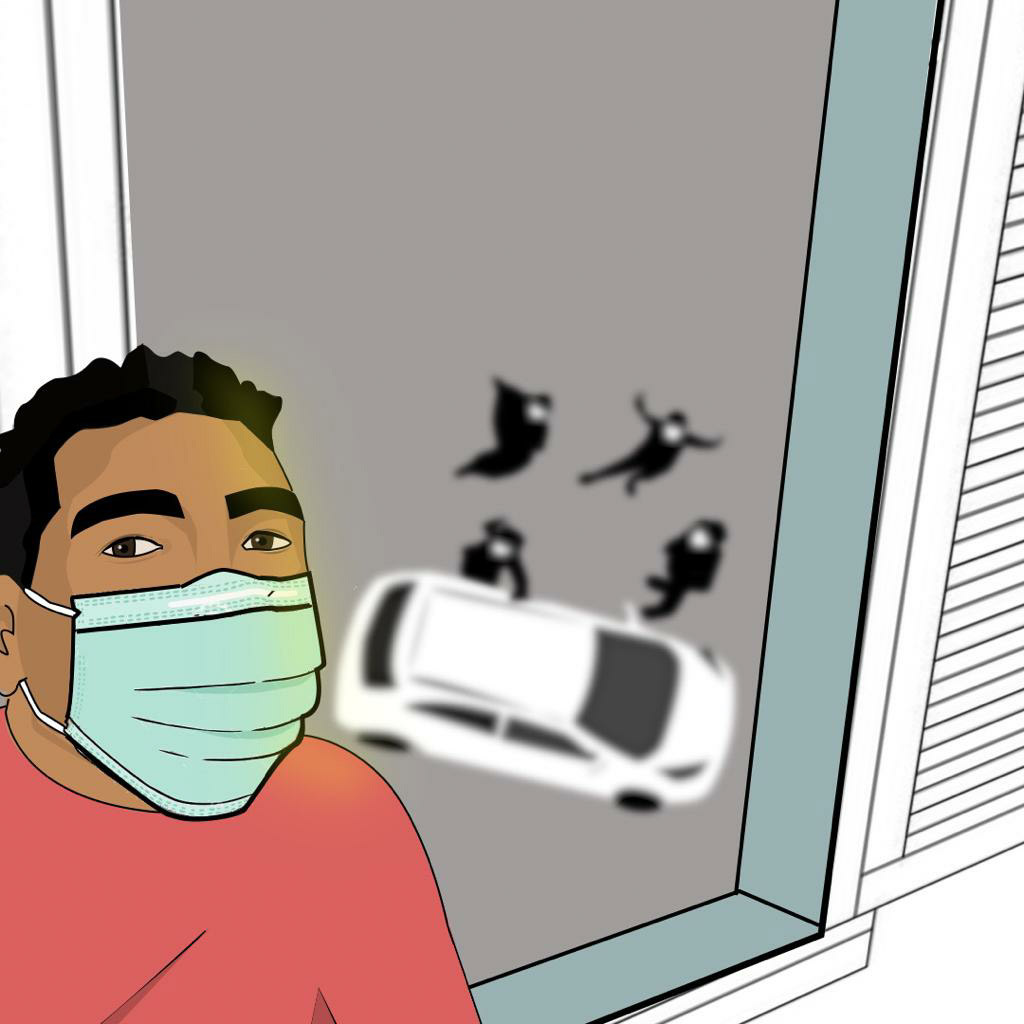 The 28-year-old Mazin Is also a COVID19 survivor, he's a volunteer in the Higher Committee for Health Emergencies to combat Coronavirus in Sudan, so his infection wasn't a shock to him nor his family and friends, because he was exposed to the virus due to the nature of his job. Because of the high risk of spreading the disease and infecting his family, he had to leave his parents' place and live somewhere else. He did not see his family for almost 40 days, beginning with the time he started volunteering, and throughout the infection and recovery period.

Mazin recalls his overall experience as good, that's because around the time his results came positive, most of his friends and team members were also infected, so they entered the isolation center together where they were provided with a projector, a lot of movies, and a Play Station so it was a positive and fun atmosphere. Nonetheless, there were some downsides. Mazin said to us one day after midnight he experienced difficulty in breathing, which made him panic and left him anxious and dwelling on negative thoughts.

In the isolation center, Mazin faced many challenges due to the huge change in routine, diet, and sleeping pattern. During his work period and before catching the infection he didn't have the time to eat the three meals per day, sometimes he worked till very late and had very little sleep. So when he entered the isolation center all this changed very quickly, and he had to commit to a strict and healthy diet, sleep early and for long hours. All this was a little bit difficult to adapt to at the beginning. Other than that, the community inside the isolation center and outside of it was supportive, the doctors were nice and they had their friends and families sending them gifts and cards.

Mazin got infected very early when people didn't know any facts about Coronavirus and there was a lot of misinformation and panic. It was very difficult to talk about his infection because he didn't want his friends and family to be shocked by the infection news. That was at the beginning; now people became more aware of this disease and gained better understanding for dealing with victims and survivors.

“You can't prevent yourself from getting infected, but you can limit the possibilities of your infection” noted Mazin. He thinks that if he was more conscious about washing his hands and sanitizing them he may not have been infected. His advice to all people is to follow the protection and prevention protocols like washing hands, avoiding touching common surfaces, maintaining social distance and staying home as much as possible.

Mazin never stopped working, even when he was at the isolation center. The first thing he did after getting out of isolation was going to the office and checking on the work. 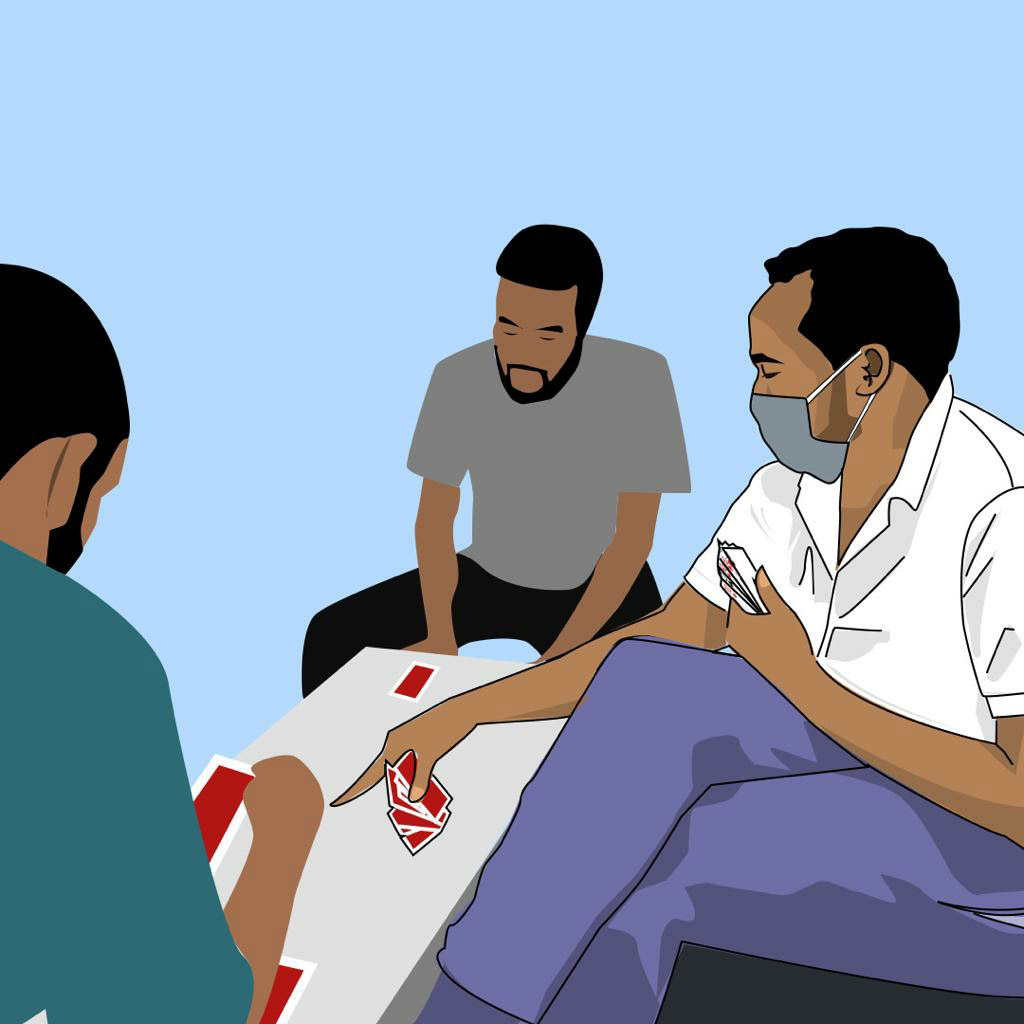 Ahmed Hashim is a 22-year-old COVID19 survivor, he is a volunteer at the emergency room for fighting Coronavirus in Sudan; which is where he caught the virus. His work mentally prepared him for the possibility of catching the infection. Yet, this didn't protect him from the anxiety he felt after his results came positive.

Since he started volunteering, he had to leave his home and move into the office, so he didn't see his family for two months. He was lucky enough to not suffer through symptoms, but the cost of that was people harassing him and accusing him of faking it and spreading rumors about Coronavirus. Others accused him of pretending to be sick to seek attention.

He received his infection news with a strong heart and he made a plan to defeat the disease and remains thankful for his social circles for being supportive. His family was supportive, but they were slightly concerned about the stigma and worried about his health and safety.

Ahmed didn't enter the isolation center, instead, him and all his infected team members isolated themselves at their office. They maintained their high spirits through friendship during hardship, and the recalls the atmosphere as being lovely and highly energetic at the time.

In his viewpoint, people's reaction to COVID19 survivors is divided into two camps. First, there are supportive, sympathetic people who give the patient the vibe of a hero. On the other hand, there are people who look at survivors as contaminated, cursed people, who deserve what happened to them.

Ahmed says he did all what it takes to protect himself from infection, but still the disease found its way to him. His advice to people who are currently struggling with the disease is to stay positive and not let the worry and negative thoughts possess them. He believes getting infected is harsh, but it can be overcome.

This article is made possible by the generous support of the American people through the United States Agency for International Development (USAID). The contents are the responsibility of the author and Andariya and do not necessarily reflect the views of USAID or the United States Government. 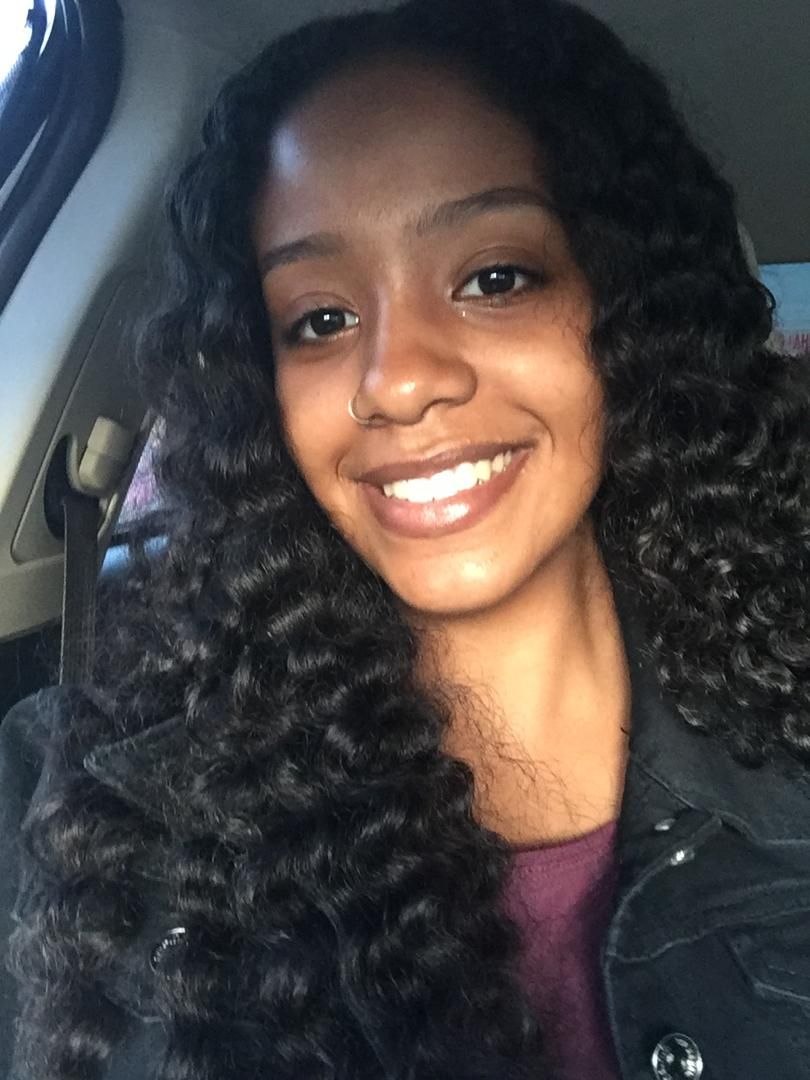 Thuraya Salih is an ambitious freelance content writer who is passionate about all forms of arts. She's mostly focused on social problems, like women and children's issues.