The Sudan Classic Cars Festival is the first of its kind in Sudan. It aims to showcase the antique and classic cars in a historical touristic demonstration that tells about the relationship between the Sudanese person and automobiles in the last century, and the role of the car in the social and cultural life in Khartoum and other cities of Sudan. This kind of festivals dedicated to exhibiting antique automobiles exist in the world because of the value of classic cars for car enthusiasts and possessors and the nostalgic feelings they carry. In Sudan the festival will have a different flavour for what cars holds from values ​​and history in the civil and urban life in the last century in Khartoum. There is no doubt that the car was an integral part in the formation of civic awareness for all who’ve known Khartoum in the past. Thus the old car is an inherent part of Sudanese urban memory, linked with civilization and urbanization.

The festival’s vision seeks to take visitors on a historical tour, through which the visitor can imagine Sudan at that time, not only through the cars, but through the accompanying programs of the festival. The program will feature side events such as a photography exhibition displaying more than 50 photos of the old Sudan and “Zaman” which displays a collection of the capital’s residents items that were used in everyday life by then and are no longer used now. Jazz music will teleport the visitors through time with the rhythms of the pulse of the capital in the sixties of the last century, all throughout the three nights of the festival. 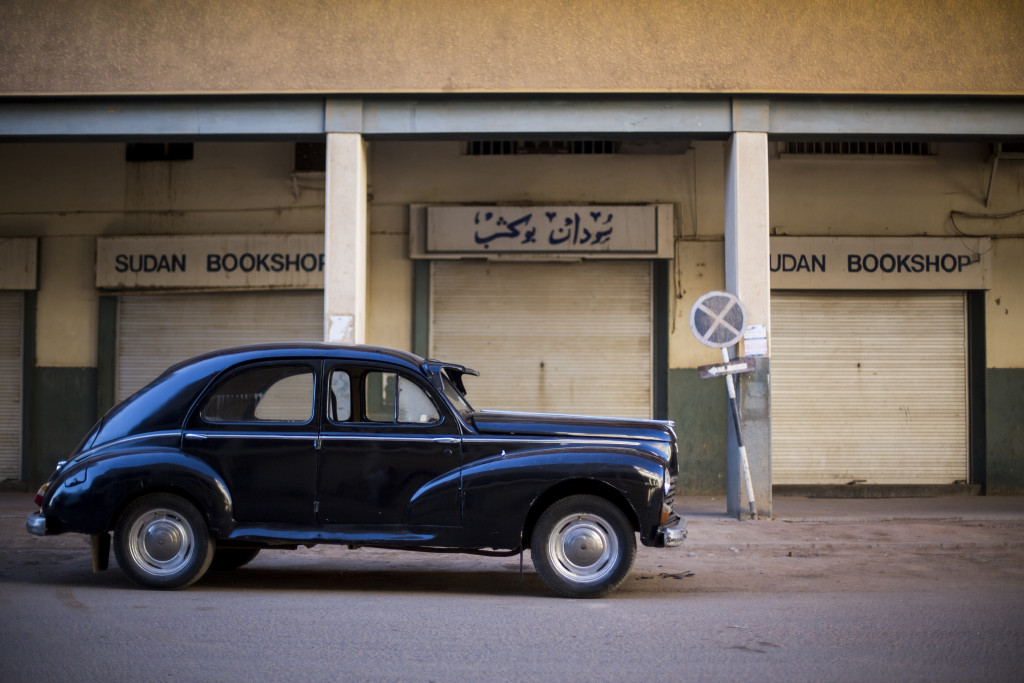 It is expected that the festival will attract car enthusiasts in general, old cars more specifically, in addition to those interested in atypical events in the capital. The number of cars that will be displayed ranges from 18 to 20 carefully selected vehicles that’ll illustrate the movement of each and its role in the social life at that time, so that any car on display at the festival becomes a communal memory. Car owners encouraged the establishment of this festival and took part in organizing the event because of their enthusiasm for the idea of antique cars. Everyone who had heard about the festival helped to make the idea a reality.

The festival is organised by “More Company” which organizes exhibitions, conferences and events. The young company, which is no older than three years old, aims to accomplish a strong cultural touristic vision by injecting Sudan with diverse cultural events to add a different character to the form and content of popular events, starting with the Classic Cars Festival taking place in March 2016.The festival will be held at the site of “AlTabya” on the banks of the Nile in Omdurman between 7 and 9 March 2016. The opening will be on the 7th (by invitation only) and the festival will welcome visitors on the second and third days from 10:00 AM -11 PM (entrance is free). The closing ceremony will take place on the third day between 6 PM-11PM.