Ever wondered what caused the sudden boom in the informal sector in large cities in Sudan? The tea ladies, car washers and street sellers pushing trinkets through your windows at traffic lights have become common sights in the last ten years, and it seems their numbers are only increasing as more and more people seek urban livelihoods away from their towns and villages in the rural areas of the country.

According to UNFPA, Sudan’s population was estimated at 35 million in 2013, with two thirds living in rural areas. The country’s migration patterns have been historically high and show no signs of slowing down. Labor migration outside and within Sudan is no surprise, but nomadic migration patterns have notably changed due to dwindling resources and displacement episodes that increased as populations in West, South and Eastern Sudan faced recurring conflicts and natural disasters. Rural to urban migration has risen steeply- 5 times higher than 50 years ago, thus the rural productivity of the country decreased dramatically. Khartoum remains the state with the highest population density, but millions of migrants and displaced populations remain without access to basic services. Worse, they have no access to their original livelihoods; farming and herding.

What brought many people to the capital and other larger cities can arguably be linked to various reasons. This article tackles the migration of small farmers, thus agricultural policies and practices in the last two decades are of high interest in this context. Years of unwise agricultural policy planning has led rural communities to lose faith in their original profession, with which they were able to lead decent lives. Northern farmers cultivated wheat, Western cultivated millet and Eastern cultivated maize. Farmers were able to yield their own staple diets, farming different crops and storing them throughout the year. Additionally, they cultivated vegetables such as fava beans, tomatoes, potatoes, hibiscus, herbs and more. The excess yield was sold or traded for other commodities such as clean water, clothes, furniture, health and educational needs and farming tools.

The issues that led to the crumbling of their livelihoods are better understood when small farmers are pitted against larger agricultural investors and farming companies. 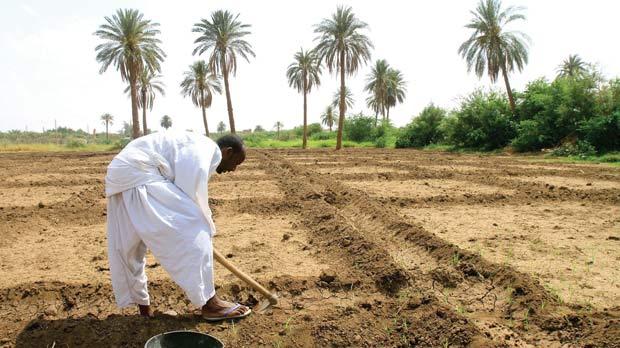 Agricultural policies disadvantaged the small farmer and favored larger investors that can build factory farms and mass produce staple items. These companies, with their leadership often abroad or in tall office towers far off from the farming lands, held little regard for sustainable farming practices. A small farmer protected his land by tilling, composting, using natural pest remedies, crop rotation and ensured surrounding reforestation to protect the land from climatic threats. On the other hand, large farms are notorious for deforestation, pesticide use and exhausting the soil to keep yields high and ensure maximum profits.

What led farmers to abandon their farms was a complicated milieu of issues. It started with the slow breakdown of services for farmers, land grabbing by government and corporations without reimbursements, lack of access to research and development efforts and institutions- both locally and regionally, lack of market regulation and price stabilization, limited access to larger markets and cities in the form of organized transport and brokerage. Perhaps the biggest issue of all is the lack of financial mechanisms for small farmers. Farmers are left to maintain and attempt to scale their business on their own, since they have little assets to provide guarantees. If guarantees can be arranged, the institutional high interest rates are enough to turn them away.

It is undeniable that small farming practices keep populations in place, within their familiar communities and able to sustain themselves. Instead, marginalization of this dense and rich sector led to droves migrating to larger cities, demoralized and living under or hovering on the poverty line with no access to basic services. As many farming populations migrated to cities, services in these farming towns collapsed as schools, hospitals and public service professionals also migrated with their families, to seek better livelihood since their beneficiaries were abandoning the area.

The revival of the small farmer sector does not mean the industrial farming sector has to be compromised; but the challenges posed will be great. Firstly, financial mechanism must be installed, providing easy and comfortable access to finance farmers to rebuild their farming businesses. Second, tax cuts must be put in place to relieve and incentivize farmers to stabilize their yields before reintroducing taxes in a few years. Third, farmers must have open access to local and regional best practices and research, to increase their yield sustainably and enable them to compete in the world market if they can scale their business into exporting status. Export from the farming towns and regionally should be encouraged and fortified with strategic transport routes, brokerages and market monitoring to maintain just and fair transactions. Additionally, large farms should extend a helping hand to small farmers by outsourcing their demand and first strengthening the farmers’ ability to produce certain yields using new technologies and improved standards. Ask any tea lady if she’d like to go back to her farm and have her old sustained life back, and you’ll surely conceptualize why the small farmers dilemma is an urgent matter to national development and food security.