Four years ago, at a book club we were supposed to discuss “Veronica Decides to Die” for Paulo Coelho; a book about a 24 year old girl who tried to commit suicide but failed and was sent to a rehabilitation facility. The story is inspired or loosely based on some events that the author himself has been through when his parents sent him to mental rehab because he was considered crazy for wanting to become a writer instead of a doctor or a lawyer.

I am a person who enjoys reading alone most of the time and I don’t normally attend book clubs or discussions. Of course, being exposed to how different people experience the same book differently is something important, and it is interesting to find out about an angle that you yourself did not pay that much attention to while reading, but I usually do that on the Goodreads website. That particular day I said I’m going to give it a try and discuss the book with real people in real life and go out of my comfort zone and all that extrovert stuff, and it happened that the book they were discussing was one that I have already read a year before. I wanted to reread it again to recall my initial feelings, but I was tight on time, so I did not. I went unprepared. Attendees had read the book a few days before the meeting time and were prepared with notes and things to say. They analyzed some scenes and commented on others. I was just listening until it was the turn of one of the girls in attendance to give her comments and review. She said Veronica was a weak quitter for seeking help and ending up in rehab, and instead, it is expected from a strong person to heal themselves by themselves and not cry for help.

That was when I finally opened my mouth and told her that a simple act of seeking help for mental or psychological disorders requires a tremendous courage and profound strength, and I would respect anyone like Veronica for thinking and acting in a similar way. I said nothing more in that club, and returned back home when it was over, but the girl’s comment bothered me so much and it was weird that no one else among the attendees objected to her views (that was a discussion round after all) and it actually reflects how most of us think about mental health and seeking help.

Four years ago, I knew there was something wrong but I was not sure what exactly it was. Was this just day-to-day anxiety? Chronic stress? Depression? Or something that could possibly lead to depression in the long term? Were my brain chemicals imbalanced? Are those simply just a bunch of unprocessed feelings trying to take revenge? What the hell is going on? At the same time I was reading on how chronic stress changes the brain size and its structure and how it functions. So it was impossible to stay silent without acting.

I wanted an answer, and for that answer I needed to be evaluated, so I had to seek professional help. I was a bit hesitant to open up to my family about it, and was confused by many things like: do people go to a doctor, a therapist or counselor? Is there a difference or are they just terms that are used interchangeably? Even if differences exist, are they actually this distinguished in their roles here in Sudan and how am I supposed to check?

Despite my confusion, when the day came, I was firmly determined to go for professional mental/psychological help. I phoned a friend and asked her to give me a ride to a clinic I heard of in Al Hila al Jadeeda-Khartoum. I was not sure which public bus to take and which station to stop at and she had a car, was good with streets, and was a close friend. So when I told her about my intentions, she surprised me with her response. “What would people think when they see you entering or leaving the clinic? What would they say about us going in together?” So instead of a listening ear that asks what’s wrong, I was confounded by someone worrying about the social image and strangers’ opinions.

I was shocked and told myself that I’m not relying on anyone anymore and I will figure the whole thing by myself. I was determined to find a way, and did not need a car for this. The girl is no longer my friend. 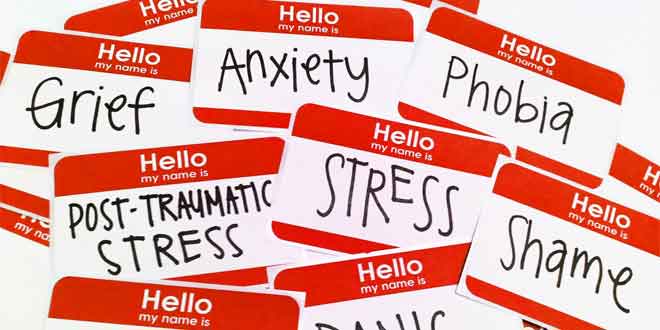 Days passed after the incident with my former friend. I was walking to the bus station on my way back home one day, when I noticed a street sign for a mental/psychological clinic with the psychiatrist’s name written on it with his qualifications and everything. I was hesitant but I “manned up” and went inside, took an appointment, paid the charges and waited for my turn. It was intimidating but what pushed me in the first place was how much I was worried about my own self.

When it was my turn, the doctor started asking me some questions, such as “why do you think you are sad”, I simply replied “I don’t know, that’s why I am here”. He proceeded to ask a couple more questions such as “do you have a boyfriend? Or an ex?”, “has someone broken your heart?”, “did you lose a job?”, “what are your hobbies?”, “is there anything else you want to tell me?” and that was it. I don’t recall that he asked about anything else. I believe it did not last for longer than 30 minutes, probably much less, and it felt like a disturbingly short session. He then concluded the session by telling me that I have depression and there are some medications that I need to take and asked for another session a week later with his assistant and two weeks later with him again to see if the medication is working.

I bought the pills and I went to his assistant a week later. It was not of great help. She kind of repeated the doctor’s questions and just asked me to list the positive and negative things in my life as an assignment for our next session. This whole thing was overwhelming, strange, freakishly unsatisfying and many other things. I was financially broke by the costs because I was not working at that time, and did not really feel like continuing. I sat by myself and thought of how that doctor easily and effortlessly diagnosed a complicated and polymorphic disease, doubting whether I wrongly had high expectations in the first place. I compared my sessions with the way we see psychiatrists in films deal with patients, while seated in comfortable couches, listening carefully, with all sorts of deep questions that bring insights and more self-knowledge to the surface. I realized that my problem was that I picked that psychiatrist randomly. It just happened that I saw his sign on the street and that was it. Nevertheless, I tried again and was searching online for a Sudanese platform or a directory or a list of Sudanese psychiatrists and their addresses, or possibly recommendations from online users, but the searching went to no avail. I may have come across a tweet or two of users suggesting some doctors, but when you forget to bookmark the tweet, it is difficult to retrieve again. The only thing that I was happy with was that I had a bucket list with “seeing a psychiatrist” as an item on it,
and I checked it as “done”. It was not the satisfactory experience that I desired, but I did it anyway. Maybe if a directory of Sudanese psychiatrists was available online at that time, I would have gone to a better doctor who would have helped more. It would have also been useful if I knew when to seek professional help and how to distinguish between whether I needed a doctor, a psychiatrist or a therapist.

Algorithms Are There to Help

Artificial Intelligence (AI) has shown us that depression can be detected. Depressed online-users with suicidal tendencies tend to share their feelings sometimes, both explicitly and implicitly. Thus, many researches are being conducted where computer scientists are collaborating with cognitive and neuroscientists to track individuals and their behaviors and exhibited symptoms.

Sometimes a cup of hot chocolate, music and books don’t do their magic, and you can’t simply just pray it away. Online quizzes don’t diagnose, and asking for help is as usual shamed. A friend may “lol” you for mentioning the word depression, and for you, putting your whole trust and vulnerably opening up to a psychiatrist is scary. But at the end, self-awareness is crucial, and learning how to live is a skill that you need to build. Self-avoidance will eventually injure you at the end of the road.

The whole experience, if I’m being honest, is not entirely negative and disappointing. Seeking escapism can lead to the most unexpected places and people. Confusion pushes you to read more and learn. Throughout the journey, you are evolving and being reshaped, as Coldplay put it in their song:

We are diamonds taking shape”.

If acting on it is difficult, ask for help. People don’t tend to openly share their negative experience and thus we feel alone and unsure of ourselves. But one thing to remember is that you are not alone.