How are Sudanese People Preparing for COVID19?

Coronavirus known as Covid19 started rapidly infecting people in China in the beginning of 2020, specifically in the Chinese region of Wuhan. The media spread terrifying images of people falling on the streets and overcrowded hospitals. Despite that, China managed to control the Coronavirus and its spread using modern technology and swift implementation of the emergency plan in a record period of time.

With the spread of the disease to most countries of the world, the Sudanese Ministry of Health revealed in many press conferences the discovery of 7 cases infected with Coronavirus to date. An awareness campaign on social media on Coronavirus was ongoing following these developments, along with a number of community initiatives. 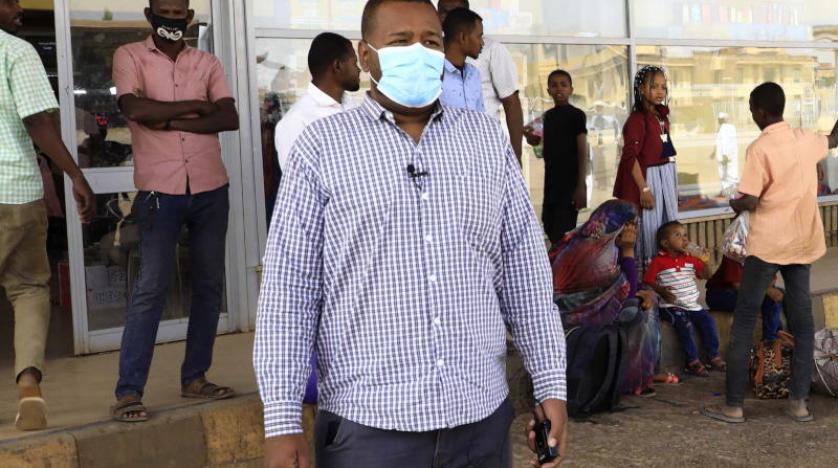 Despite all the efforts made to limit the spread of the Coronavirus, the Sudanese are hardly believing that the virus can infect them. Therefore, efforts to control the spread of Coronavirus is proving to be difficult. Sudanese are still dealing with the news of the virus with negligence and indifference; they are leaving their houses, visiting family and going about their normal day to day activities despite all the continuous warnings. Some public figures have even appeared on Facebook in a live broadcast with the statement that Coronavirus is a political game and it should not be taken seriously, and should be ignored instead!

A number of videos spread on social media sharing the views of Sudanese communities; expressions ranged from mockery, nonchalance and indifference. Some even considered it a biological war between America and China. A worker in some market claimed that herbal concoctions can treat the virus. Moreover, satirical comedy videos of the Coronavirus have spread. Despite repeated warnings from the Sudanese Ministry of Health and various sectors of Sudanese society about consulting a doctor when having any of the symptoms, the subject is still not taken seriously. Adding to that the health sector in Sudan suffers from a deteriorating infrastructure and scarcity of medications in pharmacies, in addition to their high prices.

The evacuation of Sudanese nationals from abroad

Most sectors inside Sudan and outside have been affected by the Coronavirus news. In view of public interest, stories have been circulating from here and there. At first, it was the news of Sudanese students stranded in Wuhan. The transitional government sought the help of the UAE & the latter evacuated them with an Emirati plane to Abu Dhabi. This was spurred by a protest organized by the students’ parents. The evacuated students were quarantined to ensure their safety and wellness. The Emirati efforts and excellence in services were praised by the students.

The second matter that sparked public interest was the twitter storm following the spread of a video showing Sudanese passengers being beaten at Istanbul International Airport. It was decided that they won’t be able to return back home after Sudan closed its borders (land, sea and air) while they were en-route to Khartoum. The video offended Sudanese worldwide and the authorities were harshly criticized for the way they’re managing the Coronavirus crisis. This situation was subsequently followed up by the authorities to solve the issue of those stranded in Turkey. The Saudi authorities also prevented a ship of 1156 Sudanese passengers from entering their land, in precautionary measures against the outbreak of the Coronavirus. Residents were also given a limited time to return to Saudi Arabia. Another issue was that of the approximately 400 Sudanese returning from Egypt by land who protested the way the crisis was managed by the local authorities. This has led to the escape of many quarantined passengers. A video circulated on social media showing Mrs. Aisha Musa, a member of the Sovereign Council, appealing to civil society organizations to aid the hospitals in receiving quarantined patients in light of their poor capabilities and lack of readiness. 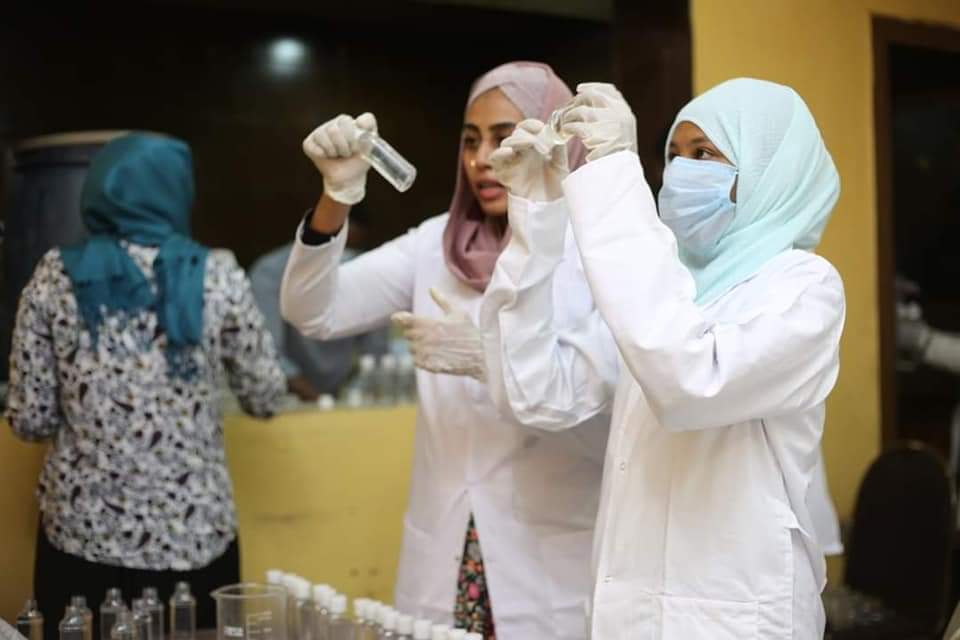 The Sudanese community initiatives decided to help the transitional government in managing the crisis of Coronavirus. Action plans were set, teams were formed and young people were engaged in initiatives led by medical professionals, physicians and pharmacists. Groups were created on various social media platforms to exchange experiences and encourage the immediate implementation of plans. One of the groups manufactured hand sanitizers that were distributed for free, in addition to household cleaners. A group from the Revolutionary Resistance Committees took a stance to raise awareness in the streets about Coronavirus prevention, aiming to reach as many low-income citizens as possible. Awareness videos to correct the common misconceptions were produced in local dialects from different regions of Sudan such as: Bani Amir, Badaweet, Randok and Zaghawa. An awareness video was also created for children and another one using sign language.

Individual initiatives also took part, and individuals of various professions were educating others according to their backgrounds. All these efforts were undertaken by volunteers who offered their time and knowledge for the sake of helping Sudanese citizen without expecting anything in return. While creative and innovative ideas were flooding, some criticized the Sudanese media, specifically Sudan TV, for their lackluster coverage of the Coronavirus events.

We noticed two interesting initiatives that helped spread awareness about the Coronavirus and ways of prevention.

A group of pharmacists were filmed singing while preparing locally-made hand sanitizers. The song was Said Khalifa’s "O my country, the home of my beloved, in my presence, I love you. In my absence, I love you." This group has made an exceptional achievement and completed preparing a million hand sanitizers, which will be distributed for free in Khartoum and other states immediately.

Volunteer pharmacists are opening the doors for anyone to volunteer and help.

An initiative established by the Khawatir voluntary group, also known as “The Army of Khawatir”. Khawatir’s group is consisting of volunteering pharmacists and managed to manufacture local hand sanitizers to fill the shortage in pharmacies.

This initiative is selling sanitizers at cheap prices to the public and pharmacies so that anyone can use one.

Do you know of any initiative or work that you would like us to know about? 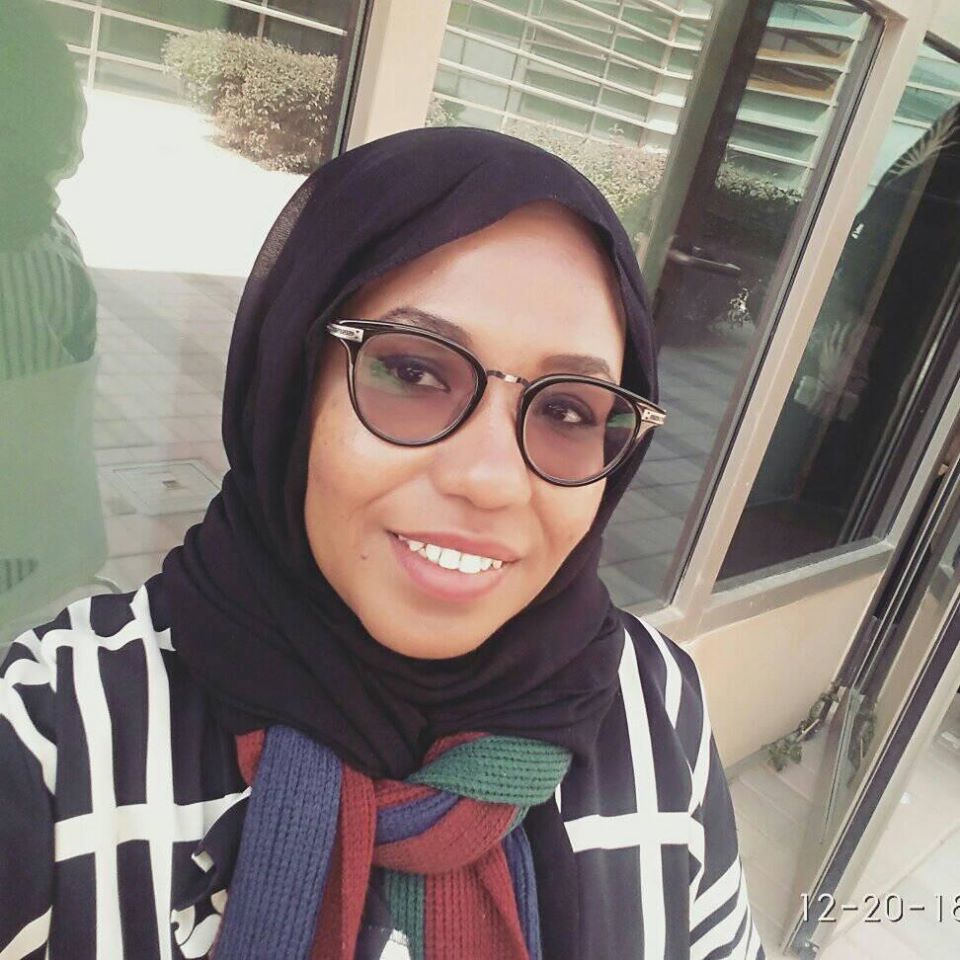 Islam is a Sudanese blogger and social media specialist. She is a founding partner of the "Sudanese Bloggers Without Borders" network in 2010. She writes articles for the " aliqtisadi.com ", and is a human rights activist and a member of the "Social Media Sudan Club". Islam holds a Bachelor's degree in Administrative Sciences from the Open University of Sudan (2014), and a certificate in Statistical Data Analysis from the World Bank. She has experience in marketing, advertising, exhibitions and conferences and she worked in the Arabian Gulf (Saudi Arabia and United Arab Emirates), Egypt and Sudan. Islam participated in launching many initiatives, including: Are you still standing there? The American Technology Sanctions Initiative on the Sudan, and the Public Speech Feminization Initiative. She won the award for the best academic article from "Al-Ghad Institute" on "How to use big data to improve public transportation" and the award for best director from "Yes Academy".