Fishermen & the Challenges of their Catch 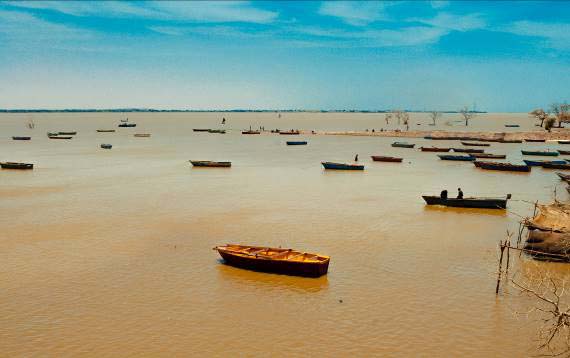 Jebel Aulia, 40 kilometres south of Khartoum, is considered the largest fishing ground in the capital. According to a report published by the Food and Agriculture Organization FAO) of the United Nations, an estimated number of 500 fishing boats sail in the White Nile’s dam. The fishermen form a community composed from different regions in the country, and sustain the fishing industry in the region. Jebel Aulia, considered the second largest water reservoir on the Nile after Nubia Lake, extends for 635 kilometres south of Khartoum. It’s a source of livelihood for more than 1,594 fishermen, because of the steady amount of fish it provides annually which is estimated at 15 tons. Additionally, the dam covers a large surface area which facilitates the sailing of the fishermen around the lake. 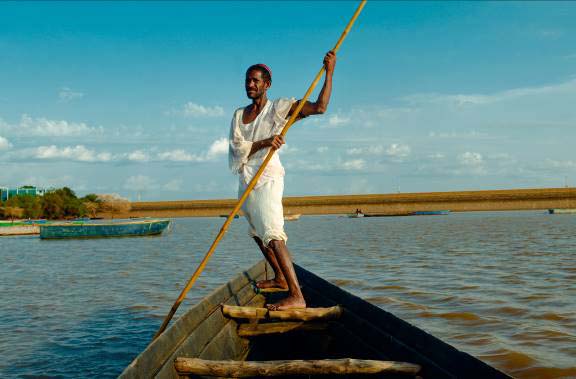 “Our grandfathers were crocodile hunters; we know nothing but this river. I grew up a fisherman & I didn’t even go to school.” says Ahmed, a fisherman for more than 70 years.

Fishing is the traditional livelihood and Ahmed’s family crossed tens of miles on their boats heading north in a long journey from El Geteina, located in White Nile state, to pursue fishing. Eventually they settled in Jebel Aulia after finding it the most productive location, and started a fishing career that would last for many generations to come.

The majority of boats used for fishing are made of wood, locally assembled by the river, then crafted and polished well to provide water resistance. These boats, other than being used in sailing, are considered floating homes to the fishermen; where they can carry daily necessities onboard- such as gas cylinders, cooking utensils and blankets. Their journey lasts over 12 hours every day, starting from the time the sun sets until the next day. They begin by spreading their large-tight holed nets across the river, then they quietly camp till sunrise, hoping that it will grab as much fish as it can. The fishermen don’t often visit their families on a daily basis, they spend around 2 weeks offshore for every fishing cycle in order to bring a descent amount of produce to sell to the vendors at the fish markets in Khartoum. 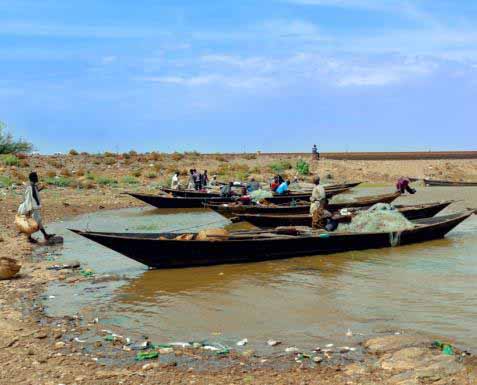 However it may seem, fishing is sometimes found to be a risky occupation. There are concerns regarding the fishermen's safety, especially during the rainy season when they spend a long time offshore in the dam.

"Two days ago a terrible accident happened, one boat drowned taking away the life of two fishermen” El Kahly, a struggling fishermen, complained. He added “despite the risks, we are still sticking to them (old boats)". He explained that due to the disrupted financial status of the fishing business, he was not able to upgrade his boat to avoid such incidents, in which he might eventually become the next casualty. 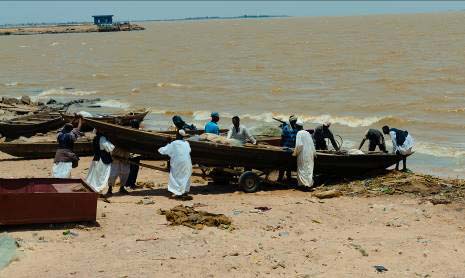 Only few fishermen were able to renovate or buy new boats made of steel or fibre, which are described as more water resistant and driven by more powerful engines, unlike their wood counterparts.

E l Gasim, one of the fishermen at the dam, clarified the reason he had to bring his son along, "we need the money and we need to feed our family, so the more manpower I have, the more fish I can catch, and the more I can sell". He added “although we are fishermen, we can't always eat what we catch, sometimes 2 months would pass where we don’t consume fish”. He blamed the tough conditions the country forced him into, and how fishermen, like himself, desperately try to keep up with the sharp saw of the economy. 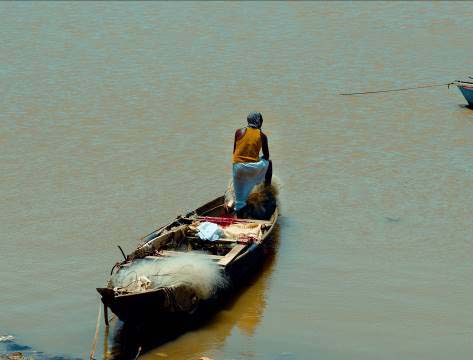 In the morning, the net feels heavy, a good sign that there are lots of fish stuck in the net. They start grabbing, bundle by bundle, until they discover what they have reaped from the night before. The catch includes many types of fish, but what is picked out of the net is what is most in demand and has value in the market. The most two favoured among the Sudanese cuisine are Nile Perch and Bayad (Catfish), followed by the Nile Tilapia. 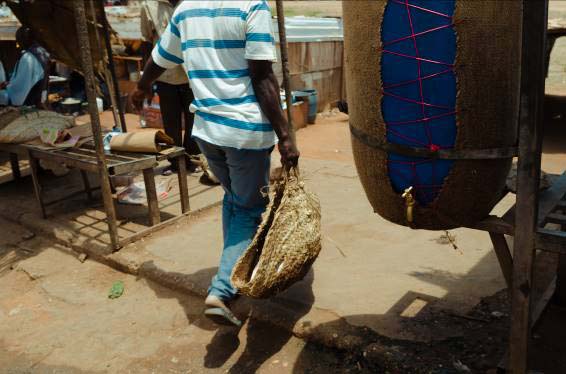 Fishing is one of the most struggling sectors in the Sudanese economy. The struggles which fishermen face include: expensive fishing equipment, prolonged hours of work, in addition to the latest COVID-19 crisis and its ramifications. The lockdown caused by the pandemic put a toll on the fishermen on top of the non-stop economic inflation. The market keeps on losing its business and customers over time, and due to the inability to store the fish in an appropriate manner for a long period of time, the result was a plummet in fish prices leaving the fishermen barely making a living. Nonetheless, these men kept doing the thing they do best, burdened by the inability to change the circumstances. They patiently wait for a better future that every new day may bring. 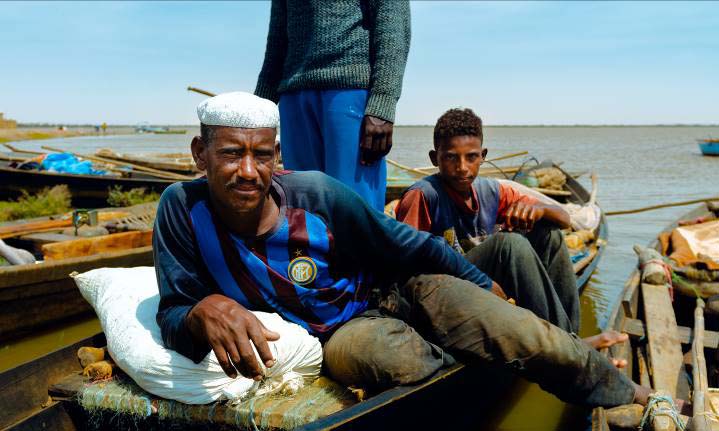 To conclude, a strategic plan and swift execution by the government and civil organisations is needed to help uplift and better the growth of the fishery sector. Focus should not be on the business side of things only, but also on the struggling conditions of the fishermen, where safety and environmental sustainability must be implemented in their work environment to boost productivity & livelihoods. Should this happen, the return will be remarkable on the economy. Revenue from this sector will surge, and that could support the provision of subsidised fuel for the fishing boats, advanced safety and fishing equipment, and technical training for fishermen, vendors, restaurants, and businesses alike to sustain production and the preservation of the fish produce. 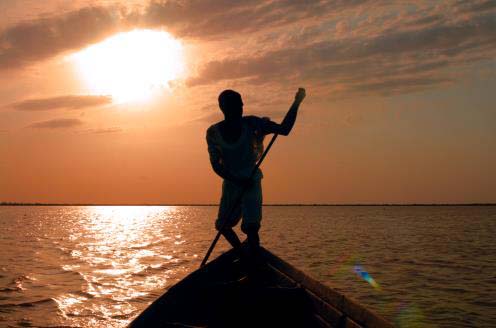 Photography by the author. 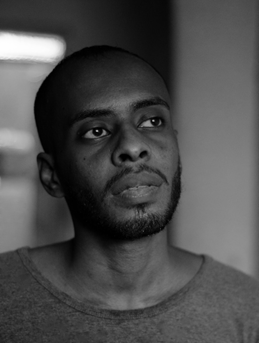 Hassan Kamil is a documentary photographer and filmmaker based in Khartoum-Sudan. He is a storyteller interested in culture, history and daily life, with a style consisting of colorful and energetic imagery. Besides working as a freelancer, Hassan creates personal interest projects, while traveling and collaborating with others to produce compelling stories.