1- Desertification and its causes

The Sahel region of West Africa is a unique part of Africa that exists as a thin band bordered on the North by the Saharan desert and on the South by more lush, tropical
savannahs. The Sahel is considered to be one of Africa’s most productive regions. However, it is prone to highly erratic rainfall, which can lead to severe drought. The level of desertification in the Sahel region is very high compared to any other parts of the planet. Countries of the Sahel are: Sudan, Chad, Niger, Mali, Mauritania, Ethiopia, Burkina Faso and Senegal.

Dry seasons, drought and desertification are terms for phenomena that are sometimes used interchangeably while they refer to different and distinguished things:

- Dry seasons are normal parts of the climate.

- Drought occurs when the precipitation during the rainy season is less than normal, or when there is a prolonged deviation from the average rainfall. When it occurs over a long period of time, serious drought causes severe long-lasting effects such as desertification.

- Desertificationis a result of many factors including drought.

The reasons behind desertification can be human-made, and/or natural processes interacting over long intervals of time. Main causes of desertification include: less vegetation, climate change, over-farming or poor farming practices that change the soil so that the rain no longer penetrates, deforestation, overgrazing, climatic variations, fire, and more. Identifying the factors that lead to desertification in the first place is important. Nevertheless, if the factors are stopped and the land doesn’t return to a productive state, then the land is “desertified”.

Desertification has dire consequences. Desertification affects communities in different social and economic levels. The annual loss of lands in Nigeria for example is 320,000-350,000 hectares of land per year, which causes continuous mass displacement of local communities in its Northern region.

In addition to the fragile ecosystems, other issues that manifest due to desertification are: food insecurity which would force governments to import food instead of producing it, arising health issues, declining productivity of lands due to soil erosion, more people living in dry or drought-prone lands, and more people having to leave their homes in mass migrations in the future.

Poverty is also one of the desertification consequences; due to the high reliance on agriculture as a source of income in most rural areas of the Sahel region that are prone to desertification.

Lack of political will in a country, and the costs of proposed solutions can both be attributed as the main obstacles in the way of applying solutions.

Sudan's temperature is expected to increase significantly. By 2060, it's projected to rise between 1.1 °C and 3.1 °C. Severe droughts are common in Sudan, affecting sustainable development, foodsecurity and Sudanese communities in prone areas.

Sudan is a country that is experiencing both droughts and floods. Due to flood related disasters, more than 600,000 people were affected since 2013, according to the Internal Displacement Monitoring Center (IDMC). Due to El Niño, a 2016 weather phenomenon that impacted Sudan, locals experienced smaller farming areas, poor pastures and limited water availability. At the same time, Sudan ranks 98th out of 113 countries on the Global Hunger Index, placing it in the top 15 most food-insecure countries in the world.

Despite being one of the most affected countries by climate change, the funding Sudan receives to help combat the pressure is significantly lower than other countries.

The government of Sudan has nevertheless released a renewable national adaptation plan in July 2016 on the agreed upon strategies to protect from environmental problems
caused by climate factors, in rural areas in particular. The report - which was uniquely tailored to Sudan’s specific circumstances and needs - has broken down the adaptation plan into regions, highlighting key state-level vulnerabilities and the suggested measures and processes of the proposed solutions.

The plan also suggests steps of assessing the kinds of changes needed to ensure effective and ongoing adaptation efforts throughout the country; including the current environmental vulnerabilities and future climate change impacts that can be faced by vulnerable Sudanese communities. This report provides a framework for guidelines and suggested efforts to broaden the response to climate issues, encompassing institutional, economic, planning, and analytical dimensions of the problem. It strives to encourage businesses to undertake wide-ranging adaptation investments and reshaping current programs and protocols; to ensure that adaptation is well-integrated into everyday
planning and operations across public and private institutions. The report also invites for a policy dialogue, and discussing current existing policies, however it emphasizes on the need of international support due to the limited financial resources of the country.

Some alternative approaches followed by affected communities have proven effective in the war against desertification. The Niger for example, which is one of the poorest
countries in the world, has succeeded in retrieving back desertified lands with minimum investments. The key factor in the Niger case was the farmers’ innovative practices, which helped inre-greening their lands.

These practices included reviving the roots of plants and trees, and digging half-moons for water conservation. Through cost effective and high impact techniques, the country witnessed positive transformation. Farmers of Burkina Faso have adopted similar practices as well in their fight against desertification, which focused on enhancing
their existing water systems to enable water retention during dry seasons. Their practices included building a zai, which is a grid of deep planting pits
across rock-hard plots of land. In addition, they added stone barriers around fields to contain runoff and increase infiltration from rain.

Both examples of Niger and Burkina Faso show how local farmers were embracing creative modifications of their traditional practices. 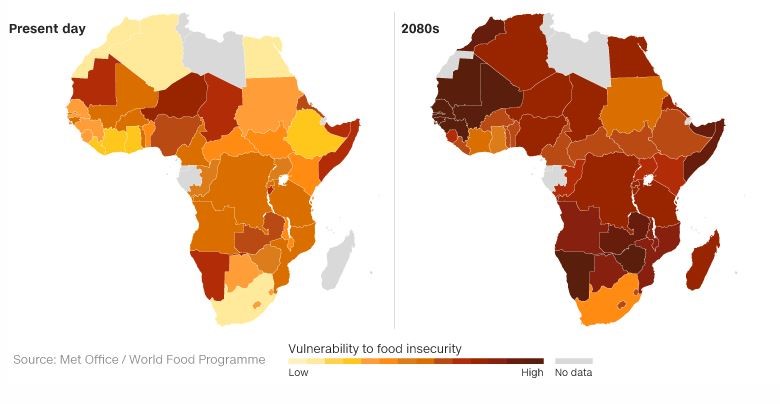 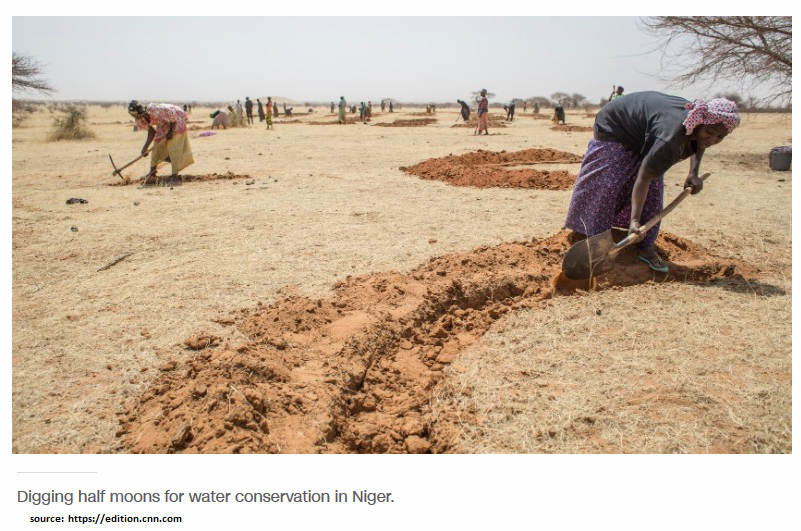 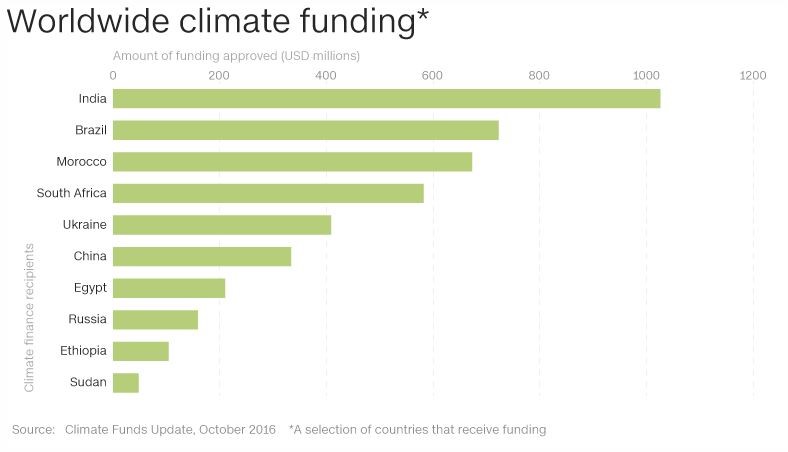 Desertification analysis is of great importance. Many studies analyze desertification using satellite based data and ground station data such as rain fall, soil type, surface
temperature, vegetation. The challenging part is however the field data that cannot be available anywhere.

Alternative approaches that integrate data, image processing/analysis and technology are being adopted. Remote wireless sensors, image processing algorithmic models are integrated in the face of huge environmental data that is being generated. The analysis of desertification does not only involve Satellite image processing, but also statistical studying of the contributing factors to decide which are positively or negatively correlated.

Time is another important factor that
must be taken into account. It is a challenging one as well when it comes to
desertification datasets that need to be collected, built and analyzed. A land
is not considered desertified unless the encountered changes were permanent.
And thus, those changes need to be tracked over a long period of time that can
reach ten or even twenty years at least. In 2006, Goddard’s Global Inventory Modeling and
Mapping Studies (GIMMS)
released a 14-year-long dataset of satellite-based vegetation records. Such
data enable the detection of desertification areas.

- The role of environmental data analysts

The high dimensionality of the problems inflicts corresponding solutions that integrate science, technology and innovation, policies relevant to the environment, audits and management. Moreover, advances in satellites and micro-sensors, computation, informatics and the Internet have made unprecedented amounts of data about the natural world available, and with it, new challenges of sifting, processing and synthesizing large and diverse sources of information.

In addition to the complex governance, Africa has low adaptive capacity making it particularly vulnerable and exposed because of high rates of technological constraints. A robust technology base will provide increasingly effective options in the design of sound models of climate change, but only if it was met by less resistance. 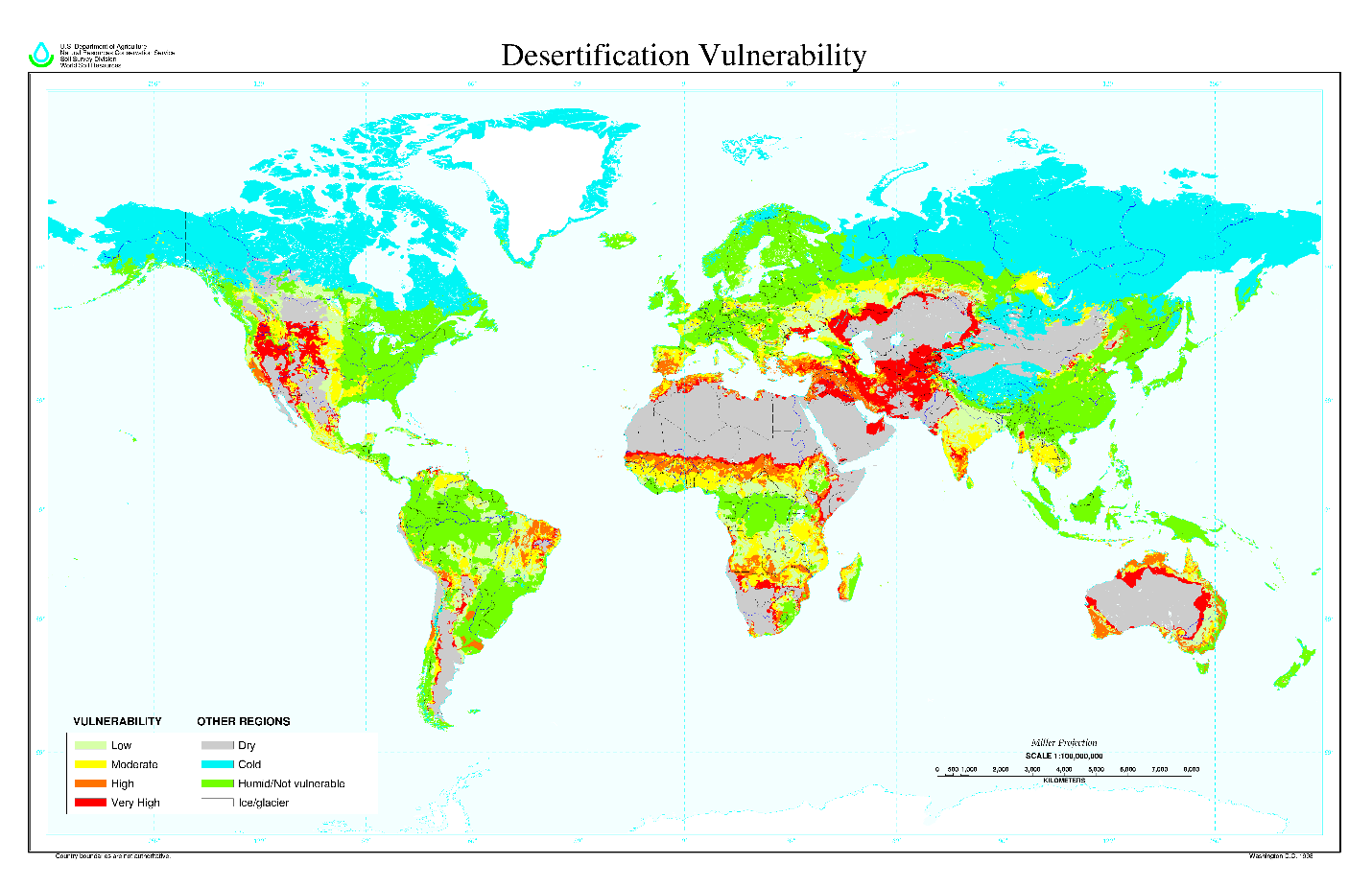 This story was made possible thanks to support from InfoNile and Internews' Earth Journalism Network.

4- Climate change impact on Africa: challenges and opportunities within the realms of science, technology and innovation.