The story of Ahmaud Arbery has been trending for several weeks. This African American man was shot while jogging around his neighborhood by two white men who felt like this person didn't belong, and as such sought to end his life because he is Black. We have to understand that the color of someone's skin has nothing to do with who they are. The world should have never gotten to a state where a movement such as "Black Lives Matter" was necessary, because human beings mattering should be a default. Reflecting on this movement made me realize we are all guilty. Black people in Africa are guilty because kindness means offering support when something is wrong. It means speaking up for those who are marginalized. But we have become a people who feel that because you are not in these countries where people are killed simply because they are Black, it doesn't affect us. But it does, it affects the human race. Those of us living in Africa have to be able to recognize the discrimination Black people elsewhere face, and do what we can to support them. Maybe it’s retweeting a hashtag, maybe signing a petition or maybe it's prayer. Whatever you can do you have to do it because that's what kindness means. The world has turned itself over with wars and fights over who is better or who is normal. A lot of us are guilty of discriminating against people we feel don't quite fit our standards. Maybe it's a race thing, maybe a class thing or a gender thing. We have locked ourselves in a box that can't accommodate difference, and feel that some people don't deserve the same things we do. In an age where interaction is behind screens it feels like we are allowed to hate and bring people down with comments. Ask yourself before you send such a comment would you like it if it was sent to you? How would it make you feel? We are constantly engaged in bringing others down on social media and use different channels of communication to fuel discrimination. But maybe as we social distance and face this pandemic we ought to reevaluate our perspectives. The people you discriminate against are going through this trial too. This virus is not choosing victims based on religions, sexual orientations, race or class. The things that divide us in society are all inconsequential now. So how about instead of typing "go kill yourself" you type "how are you doing today".

Although it may take us all a minute to come around and view each other as human beings. This is why we ought to use this time and work on our thinking. Most of us are used to shun boda boda drivers and every time we got a ride, we barely said hello; our earphones were plugged in as soon as a price was negotiated. We tend to not view them as human beings and just as helps here to get us from one place to another. But now most of us wish we had a boda boda rider on speed dial. Maybe it is your cleaner whose name you barely know and troubles you couldn't care less for. A friend of mine who is a guard at Acacia Mall told me that in a day he used to check hundreds of people but only 10 would stop to say hello and actually look him in the eyes. This is a man who constantly deals with human beings but only a fraction of them sees him as such. We have become people that are so obsessed with ourselves that we discriminate against people that we deem as others, alien even. Even people of lesser economic means tend to think people with better means than them are either proud or obnoxious, or think they don’t feel pain and or don't have problems. We barely try to view life from each other’s perspectives and always make up ideas that aid in the marginalization of each other. But what if we appreciated each other's struggles and acknowledged each other's pain? What if we started with saying "hello"?

A friend who is very enthusiastic about female rights made an argument that impressed me recently. Most men like to boast of their masculinity and even how they are a better gender. Society itself has advanced these views by continuously claiming men are strong and women are weak. As such, most men have had to regard women as lesser people and women have had to believe they are lesser. But as we battle this virus now, all this thinking just crumbles. We all have to social distance; we all have to follow the guidelines regardless of whether you are female or male. We are all scared. She noted that we have to realize that we are equal and what can kill a woman can kill a man. If we can all religiously follow guidelines then we really can respect each other and regard each other with kindness. Remember men and women can be killed by this virus and men as well as women are working to fight against it. 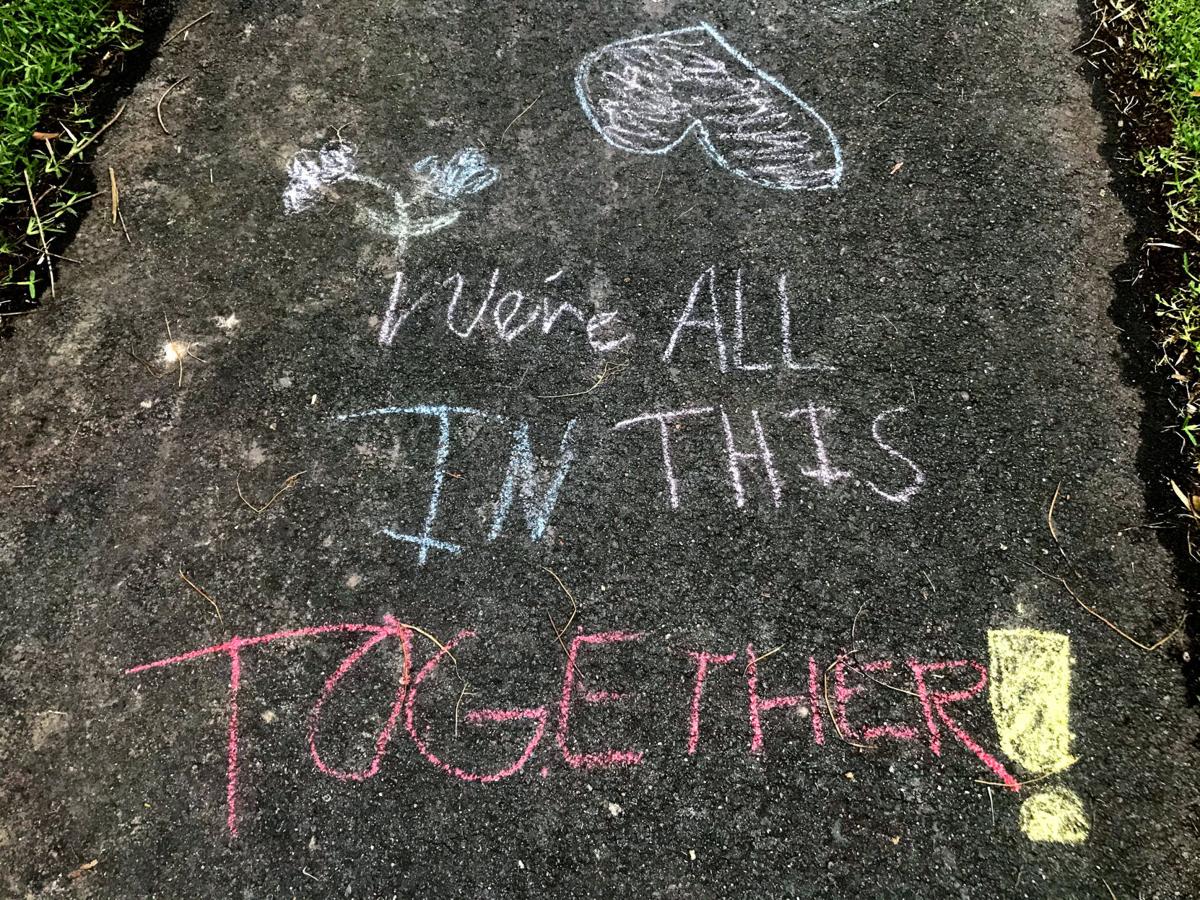 This pandemic has exposed us as human beings who are affected by life and deserve kindness. So, if we take the time to give each other a chance we might be surprised. Before this pandemic a man gave me a free ride on his motorcycle simply because he was headed where I was going. Like most of you I was scared and had imagined all the life ending scenarios you can think of. But he got me to my destination, bid me goodnight and didn't try to get my number or such. That level of kindness is what we have to repurpose ourselves for.

It is imperative for us to adopt a thinking where we view each other as human beings who go through pain, joy, have dreams and can get hurt. Trevor Noah, a South African comedian, said one time that if we can start from the point of all of us being human beings and take it from there, then we can have a much better world. The point is to think about your own actions in the past. Maybe some were intentional and some were not. But if we take this time to re-evaluate ourselves and come out of this as kinder more conscious people, then the world will be better for it. It starts with you. Start by saying hello to people outside your circle. Start by sending a kind comment on social media. Start by opening up your mind to understand things differently. Become kinder.